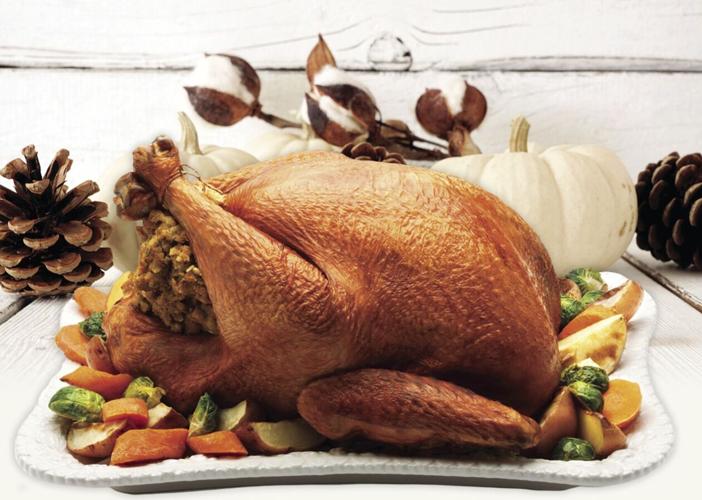 To ensure your turkey and stuffing cook fully, stuff the turkey lightly. For a 14-pound bird, you will only want to stuff the cavity with a maximum of 5-6 cups of stuffing. 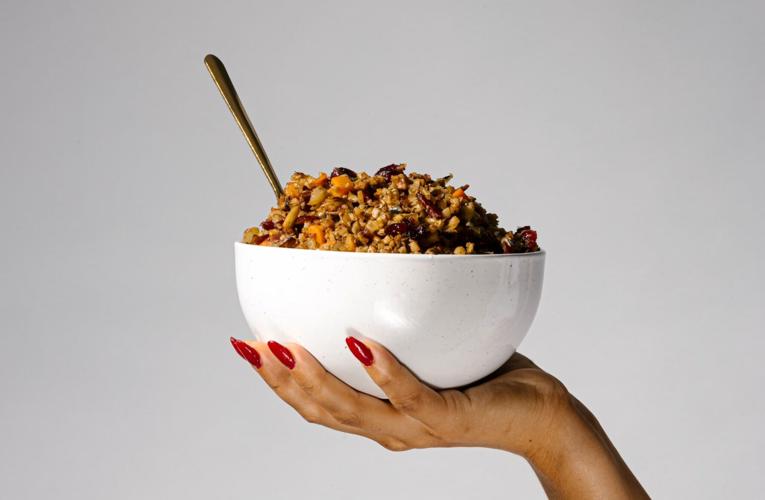 The biggest pro of cooking stuffing inside a turkey is undoubtedly the flavor that it picks up from absorbing juices from the turkey. 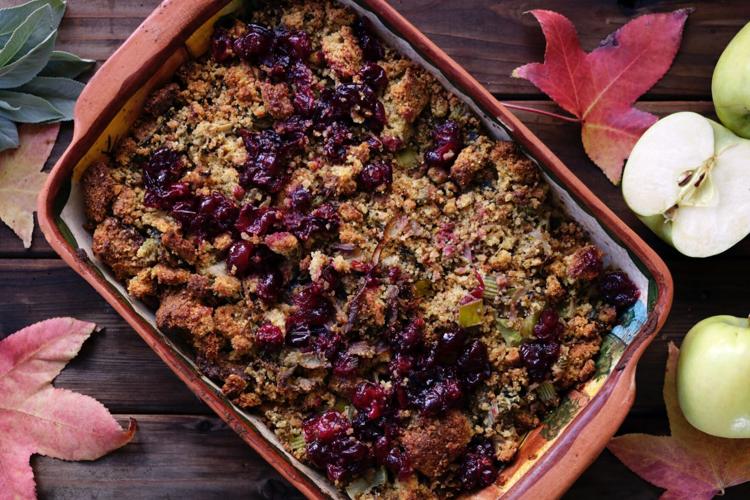 One way to get the turkey flavor in a stuffing cooked outside the bird is to sear turkey wings and then place them on top of the baking dish filled with stuffing before putting it in the oven.

I've found that talking about the stuffing that graces your dinner table on Thanksgiving can be quite controversial. Who knew?

Move over cornbread stuffing, this is the Thanksgiving stuffing Massachusetts residents are Googling the most right now

Everyone has an opinion on what type is best. A recent Google Trends report showed that "sausage stuffing" has outpaced cornbread stuffing and oyster stuffing as the most-searched recipe by Bay State residents and New Yorkers. Vermonters, however, are searching for sage dressing recipes.

Sometimes, those opinions are unsolicited. Sometimes, they are unexpected. I recently read a Tweet from a friend from college that declared his affinity for box stuffing: "On #Thanksgiving, we have delicious @StoveTop stuffing and @OceanSprayInc jellied cranberry sauce sliced according to the can lines. Nothing else compares. Nothing."

Personally, I'm one of those people who makes their own stuffing. We don't have a family recipe that's been handed down from generation-to-generation, but my son and I have been making the same Harvest Stuffing recipe, found in a Better Homes & Gardens cookbook, for over a decade. Little has changed in that time, except I've become more realistic and swapped out making several loaves of bread (which I used to slice into cubes and dry over the course of several days) for bread crumbs from local supermarket bakeries.

A sausage stuffing recipe that's delicious on Thanksgiving, Christmas and any other day of the year

I've always stuffed my turkey before putting it in the oven on Thanksgiving morning without a single thought about whether or not I should be doing that, or more importantly, if I'm stuffing my bird correctly. After reading a few posts on social media that suggested cooking stuffing inside the Thanksgiving turkey (or any other bird) was a health risk, I decided to check in with one of the experts at America's Test Kitchen, Bridget Lancaster, host of America's Test Kitchen and Cook's Country TV shows, who answered my questions via email.

Q: Is it safe to eat stuffing that's been cooked inside a turkey?

BRIDGET LANCASTER: If you know that the stuffing has been cooked to a safe temperature (which is 165 F) then you can eat that stuffing.

Q: What are the pros and cons of doing so?

BRIDGET LANCASTER: The biggest pro is undoubtedly the flavor that the stuffing picks up from absorbing juices from the turkey. I'd also list the look and feel of a "traditional" stuffed turkey as a pro.

The cons mainly revolve around food safety. Turkey stuffing is safe to eat when it reaches an internal temperature of 165 F. By packing the cavity full of stuffing you slow down the time it will take to cook the turkey. It also can mean that there's a good chance that the breast meat will be overcooked, or the dark meat will be undercooked.

I'd also add that the turkey cavity will not usually hold enough stuffing for a large gathering, and by cooking the stuffing in the bird, you won't get the beautiful crust on the top that you'd get when baking the stuffing separately.

Q: If you do cook your stuffing inside the bird, what are some tips to help keep it safe?

BRIDGET LANCASTER: There are a few things you can do to keep your food safe.

Stuff the turkey lightly. For a 14-pound bird, you will only want to stuff the cavity with a maximum of 5-6 cups of stuffing. You also want to keep to smaller or medium turkeys as it can be difficult for instant-read thermometers to reach the center of the stuffing in a larger turkey.

Q: If you opt to cook it outside of the bird, can you do it in a way that allows it to have that cooked-in-the-turkey flavor and moistness?

BRIDGET LANCASTER: Absolutely! In fact, I'd say this is my favorite way to cook and enjoy stuffing. One way is to sear turkey wings and then place them on top of the baking dish that you filled with stuffing. All of it goes into the oven until stuffing reaches 165 F, but as it bakes the wings render their lovely fat and juices into the stuffing. The added benefit here is extra turkey wings.

Q: Can you start it in the bird and finish it outside?

BRIDGET LANCASTER: You definitely can but it's a little more work. You'll need to cook some of your stuffing from your favorite recipe in a cheesecloth bundle inside the turkey while it roasts until it reaches 130 F. Then you mix that stuffing in with the rest of your stuffing (that has not yet been cooked). The turkey will need to go back in the oven until the breast meat registers 160 F and the thickest part of the thighs reach 175 degrees. While the turkey rests you can put the stuffing in a baking dish and cook it until it registers 165 F and the top becomes golden brown.

Want to make your own stuffing from scratch this year? Here are two recipes to get you started:

Enough to stuff a 12-pound turkey.

In a large skillet brown sausage over medium heat; drain. Remove from skillet; set aside.

In the same skillet cook onion and celery in hot butter over medium heat until tender; set aside.

In a large bowl combine bread cubes and corn bread, if using it. Add cooked sausage and onion mixture, poultry seasoning, black pepper. Drizzle with enough broth to moisten (about 1 1/2 to 2 cups), tossing lightly to combine. Transfer to a 2-quart casserole. Bake, covered, in a 325 F oven for 30 to 45 minutes or until heated through.