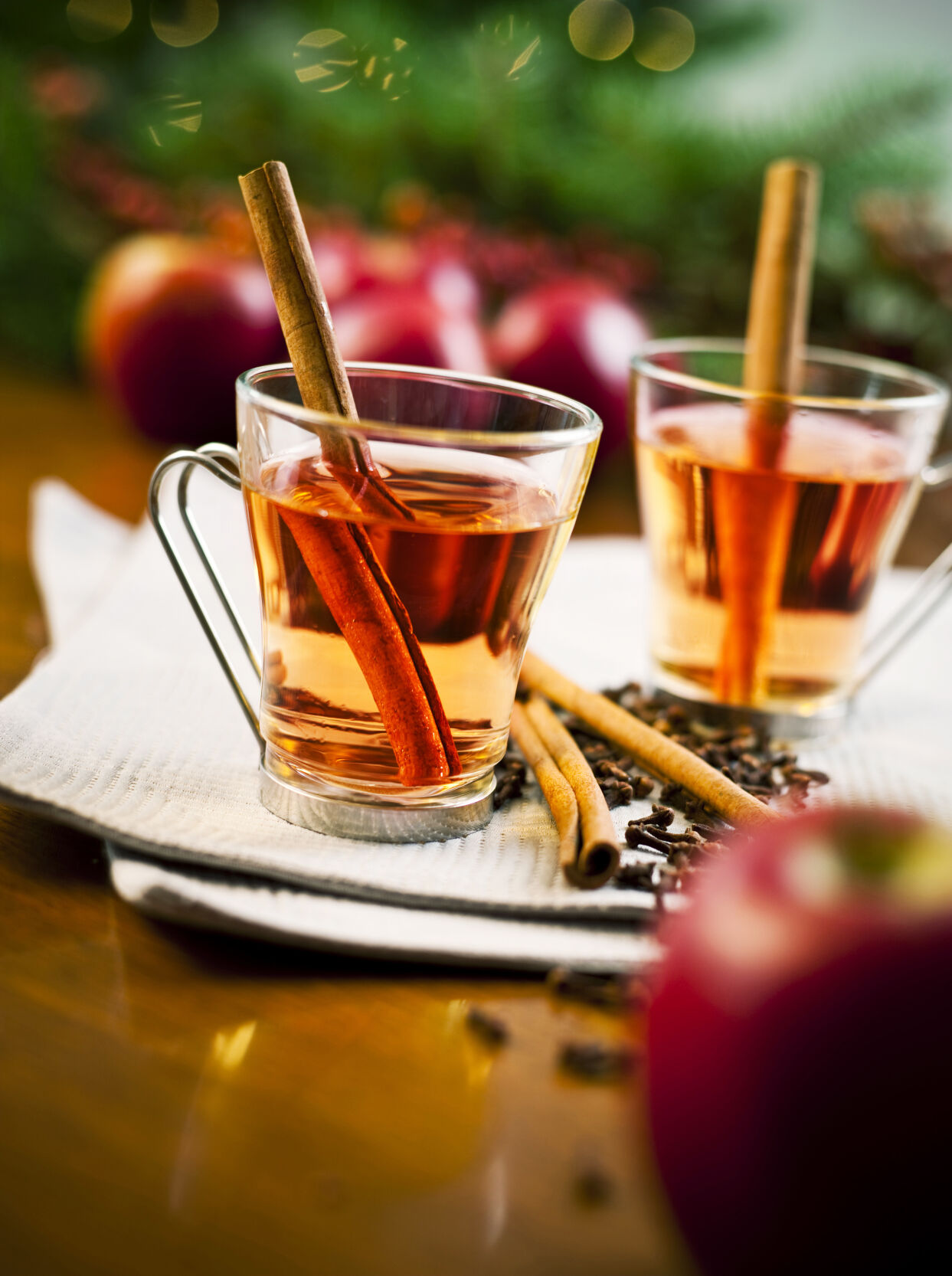 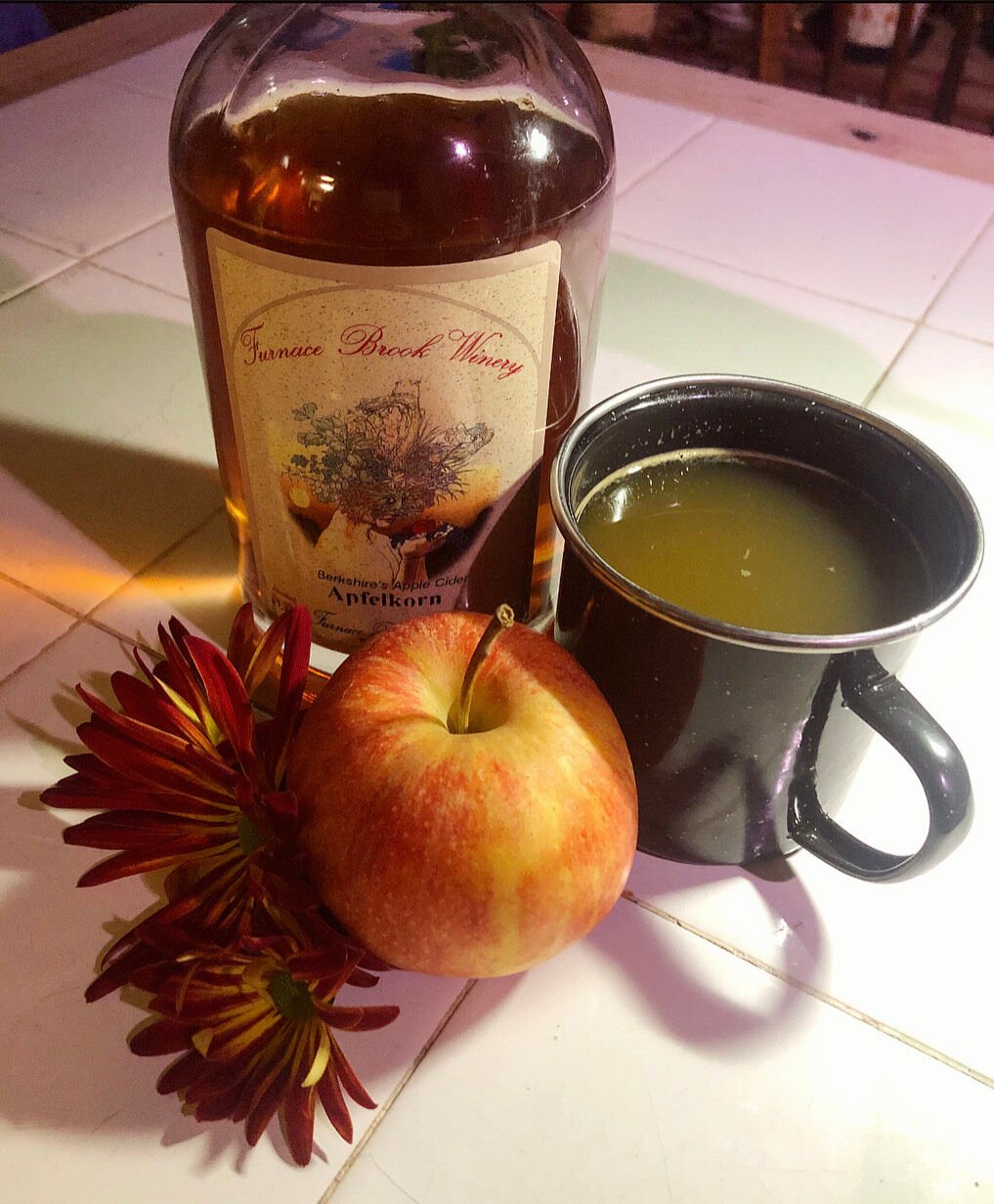 The weather is getting colder, but we’re just not ready to give up our socially distant, outdoor, small gatherings yet. And as the pandemic has ushered in outdoor seating at restaurants and bars, any chill in the air is immediately felt by the customer. A hot cocktail may be just the thing to warm up with and help make being outdoors in late fall more bearable.

“Use either a mulling spice mix or make your own at home,” he said. “Our mulling spice mix used cinnamon, orange peel, elderberries, cloves, allspice and star anise, but create it as you go with whatever is in your cabinet. Just use ‘warm’ spices.”

He added the mulled cider could be made in a slow cooker or on a stovetop, but warned if doing it on a stovetop, not to raise the heat too fast and don’t allow the cider to get too hot. Add the liquor to the cider/spice mixture just before serving it, he said.

“You want to be able to taste the spirit, but not cook it off.”

Mull the cider and the spices in a slow cooker or on the stovetop. Just before serving, add the rum, bourbon or gin.

Serve in coffee or tea cups and garnish with a slice of apple or a little bit of lemon and a cinnamon stick.

Winn said another drink to serve would be a hot toddy, “a classic warm cocktail.” Although traditionally made with whiskey, he suggested making it with Berkshire Mountain Distillers’ Ethereal Gin for a “sweet floral taste.”

Boil the water. Layer remaining ingredients in a cup and add the boiling water, stirring until the sugar is dissolved. Garnish with a cinnamon stick or some lemon peel.

Timothy Eustis, the wine and bar director for The Red Lion Inn, shared the inn’s version of hot mulled cider, saying, “We deal in bulk, of course, and you may scale as you see fit.” He added, “We simmer it on a hot stove for a bit, then keep on warming coffee burners until they run out, which they do quickly.”

At the Berkshire Cider Project at GreylockWORKS in North Adams, Kat Hand, co-owner and general manager. wrote in an email, “Our hard cider is more like a sparkling white wine, so I would not really recommend including it in a hot cocktail. But, if you want a bolder fall cocktail that would feature our cider, I can recommend Fall Cider Spritz. Cheers!”

Pour amaro, cider and vinegar into a glass filled with ice and stir to combine; garnish with orange twist.

“The Spiced Cider Toddy is the perfect drink for getting cozy on a chilly autumn day, guaranteed to warm you right up!” said Libby Graham with Hilltop Orchards/Furnace Brook Winery in Richmond. “It uses a Furnace Brook favorite, the Apfelkorn hard cider, which is our strongest alcohol at 17.4 percent, so it works wonderfully in this hot cider recipe. It is a really unique and flavorful hot cider that is great for these coming seasons. We enjoyed making this drink and we hope you enjoy drinking it!”

1 gallon or 1 cup of apple cider

Mix all the ingredients in a pan over medium low heat for 5 to 10 minutes or until hot. Make sure it doesn’t boil as that can make the cider ferment.

What were our most popular recipes of 2020?

What wine goes with Snickers? Candy-cocktail pairings to get you in the Halloween spirit

Halloween has long been the holiday that uses candy and confections as the reward of the evening ... both for children and the young at heart.…

I want to share something beautiful ... "Christmas, my child, is love in action. Every time we love, every time we give, it's Christmas." — Dale Evans *This lovely quote captivated me as I read it; so much so, that I've read it many …