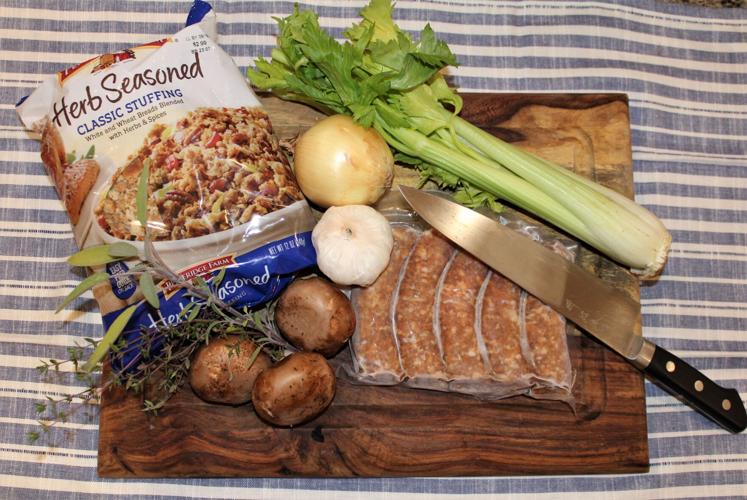 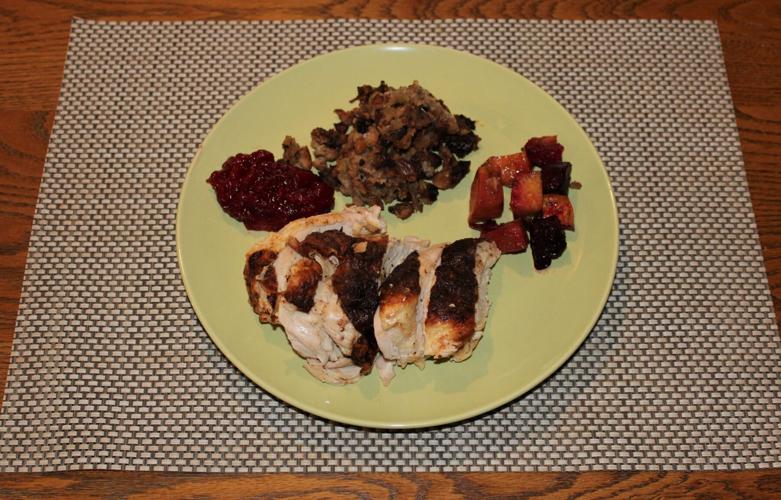 Stuffing comes in many forms. When it comes to the base you have the cornbread people versus cubed bread people. For protein, there are those who use sausage and those that do vegetarian versions with mushrooms (or the daring ones who use oysters). The big debate over to stuff stuffing in the turkey as opposed to cooking stuffing separately (I prefer this technique because it gets a crispier top).

Due to the fact that stuffing tends to be everyone’s favorite at the Thanksgiving table and there are so many versions, it becomes a contentious conversation over the best recipe. Everyone claims to have their great-grandmother’s recipe that is perfect. I’m partial to all forms of stuffing because it's great so I stay away from the debate.

For this reason, I won’t claim this particular recipe is the best stuffing you have ever eaten. I will say that I have never served it without someone saying it is exceptional and it has the added bonus of being fairly simple.

For as long as I can remember, this recipe was used as my family’s standard for stuffing and it comes from an old friend of my mother whose name graces the title.

1/2 pound loose sausage (sweet Italian is standard but I have used chorizo, chicken apple, Beyond Meat)

Remove sausage from casing and cook in a sauté pan with a little neutral oil (canola, vegetable, sunflower) until it is crispy and crumbly. Put sausage aside

Add aromatics (onions, celery and mushrooms) to the pan. Add a little butter or oil, lightly season with salt/pepper and sauté the vegetables at medium heat. Sweat the vegetables until they are soft and begin to caramelize. Add garlic (garlic burns easily so always add garlic at the end) and cook for another minute.

Remove aromatics and add 1/2 cup of cooking sherry to the pan. Use the sherry to deglaze the pan, scraping the burnt, cooked bits from the bottom and adding all of that good stuff to the cooked aromatics.

Mix the sausage and aromatics with the stuffing mix, dates, almonds, herbs and poultry seasoning.

Beat the egg and mix it with the drippings and stock and mix into the stuffing.

Bake for about 30 minutes covered and then remove cover and bake for an additional 15 minutes to develop a little crust on top. If you accumulate more drippings, feel free to add them to the stuffing while it's in the oven.

Ideally, the stuffing comes out soft and moist inside and crusty on top and bottom.