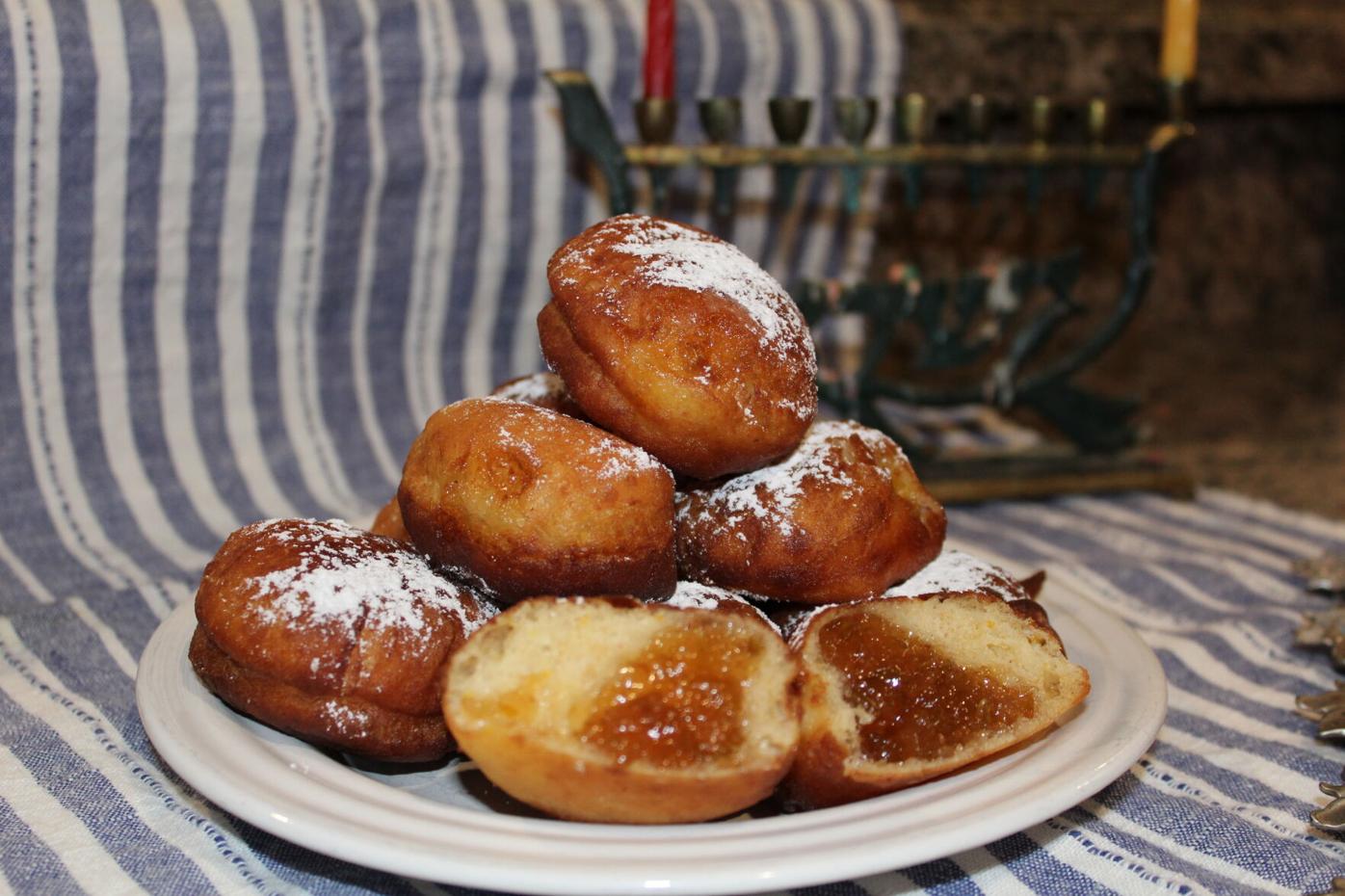 Sufganiyot are a traditional Jewish food eaten at Hanukkah. 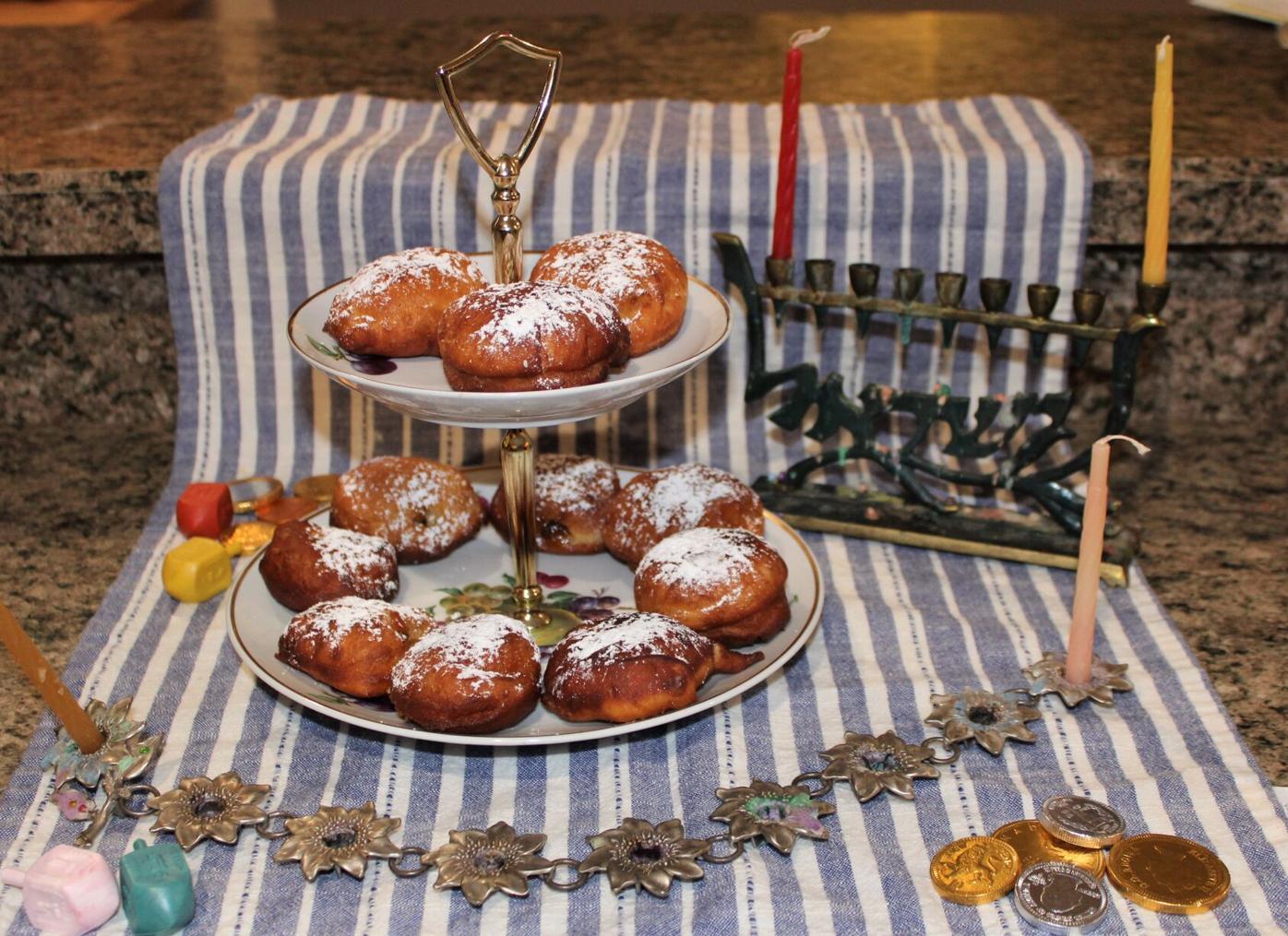 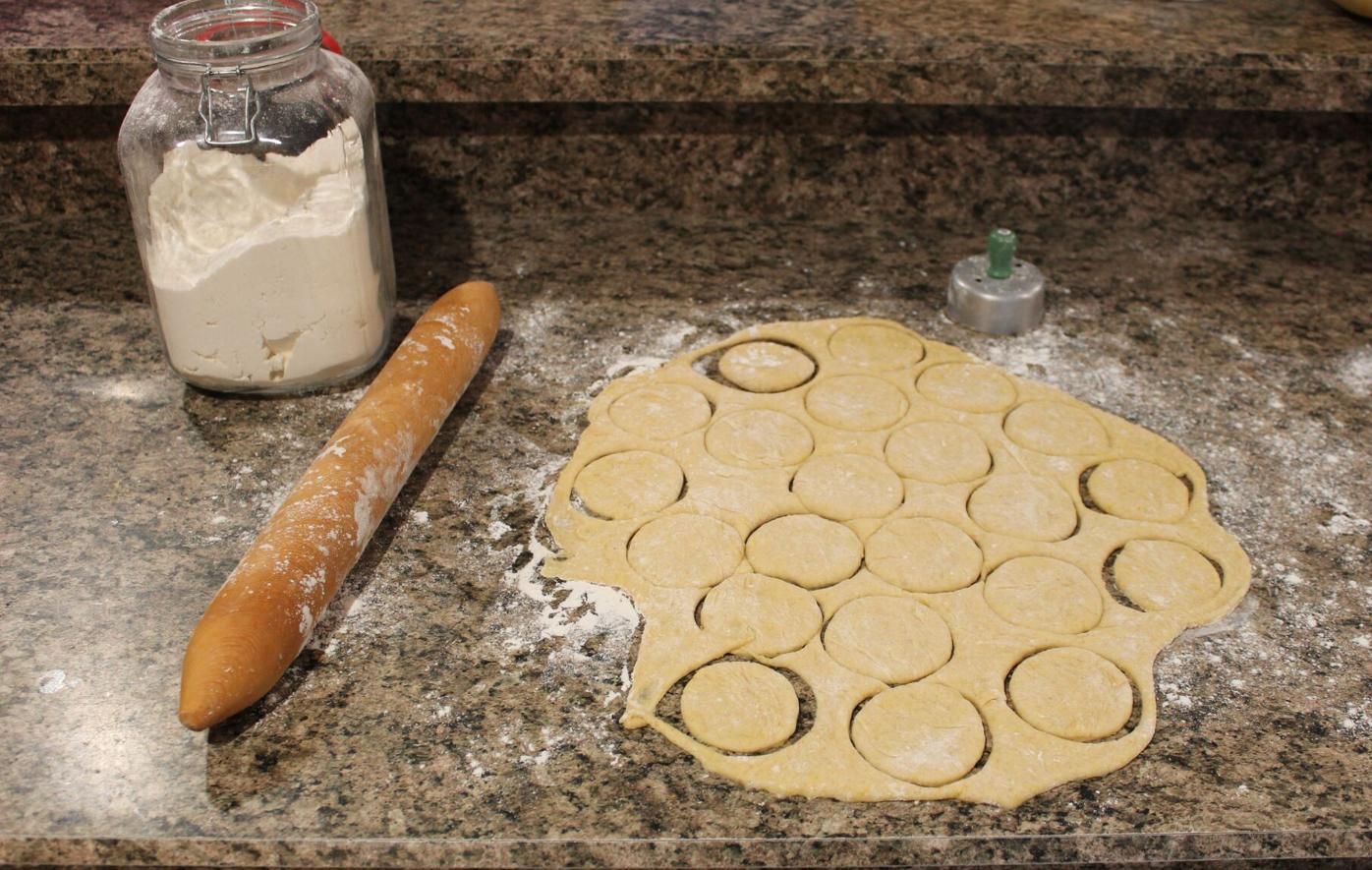 I was raised in a culturally Jewish household which meant that my family lit the menorah for Hanukkah in winter and celebrated Passover with a seder in the spring. But I never had a Bar Mitzvah (though I did attend many and was jealous of all the presents and pageantry of the coming-of-age event) nor did I attend synagogue on weekends. I could say a couple of Hebrew prayers but most of my Jewish identity was wrapped up in Adam Sandler songs, Mel Brooks movies and the salty beauty encapsulated at a Jewish delicatessen. Who can’t resist "The Hanukkah Song" and a warm bowl of matzo ball soup or pastrami on rye.

Hanukkah came early this year, starting this past Sunday evening just after the region’s first big snow. Celebrating Hanukkah revolves around the miracle of candle oil lasting for eight nights when it should have only lasted one. Thus, one of the main Hanukkah dishes is latkes — see contributing writer Elizabeth Baer’s column for that recipe — are fried in oil. I decided to try my hand at a traditional Israeli recipe my wife made years ago called sufganiyot, or jelly doughnuts. What better way to celebrate the cold weather and the dark days of late November with something fried and sweet.

Celebrate the Festival of Lights with these traditional potato latkes

If you are feeling ambitious like my family was this weekend, you will fry your latkes in the same oil you fried your doughnuts. This allows you to reuse the fryer oil which can be messy while also adding a little sugar to your potato pancakes.

Note: Fryer oil can be strained through a fine-mesh strainer and put in the freezer for the next time you need it.

1 cup jam or preserves of your choice

In a bowl, combine the yeast, sugar and milk. Let stand for 10 minutes until it becomes a little foamy. Whisk in whole egg and extra yolk, orange zest, vanilla extract and butter.

I used a stand mixer but the recipe can be made by hand, you will just need to knead the dough manually which can be messy because the dough is fairly sticky. Put the yeast-egg mixture into the mixer bowl and add half the flour and mix it slowly using the dough hook on a low speed. Once incorporated add the second half of the flour with a pinch of salt and let the dough hook bring it together into a rough dough. Let the dough knead for at least 3 to 4 minutes. It should be smooth and sticky when done. If doing this by hand, slowly add in the flour as above and then knead by hand for about 5 minutes, it will be sticky though so be prepared to get messy.

Lightly grease a medium bowl with oil and allow dough to rise in a warm place (65-70 F) for an hour. My kitchen was fairly cold at the time so I turned my oven on low for 5 minutes, turned it off and put the bowl into the warm oven.

On a lightly floured counter, roll dough to a 1/2-inch thickness. Try not to incorporate too much flour because it will make the doughnuts a little bready but the dough is sticky so make sure that your hands and the rolling pin have been floured. Cut into 1.5- to 2-inch rounds.

Let cut dough rise for another 30 minutes at room temperature, loosely covered with a towel. While the dough proofs, heat about 2 inches of oil in a heavy-bottomed pan. I don’t own a fryer thermometer but you can always see how hot the oil is by test frying a scrap of dough. You are looking for about a minute on each side to get a nice golden brown (it took me a couple of batches to get my timing right so start with dough scraps and expect the first batch to fry quickly).

Fry the doughnuts in batches without overcrowding your pan and cool on a rack over a baking sheet lined with paper towels. Once cooled enough to handle, use a squeeze bottle or pastry bag filled with your jam or preserves to fill the doughnuts. I found that the doughnuts can take more jam than you think so don’t be afraid to squeeze a good amount in. When finished sprinkle with sifted powdered sugar.