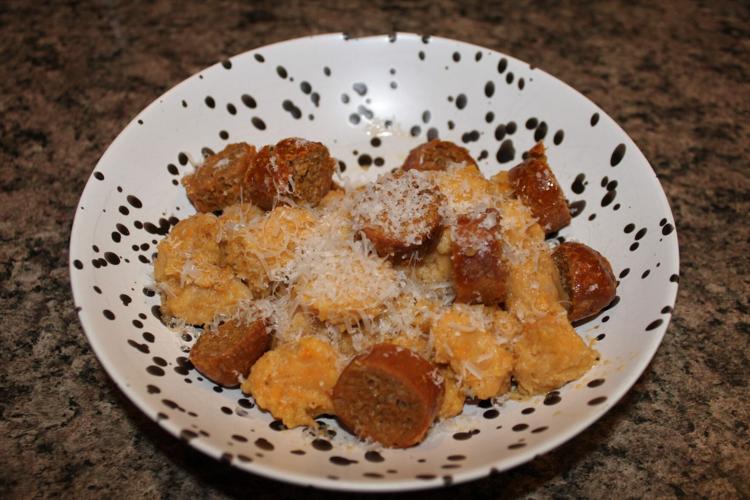 Sweet potato gnocchi made with matzo meal is a great substitution for people keeping Passover. 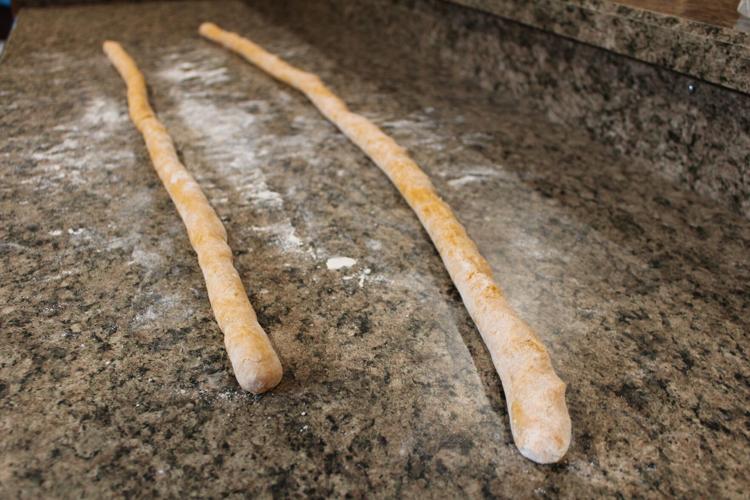 Roll your dough into ropes to portion the gnocchi 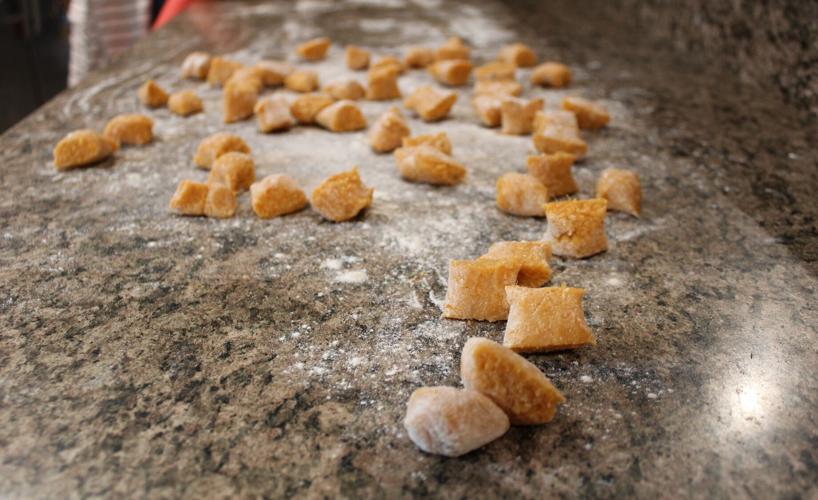 During Passover (or Pesach), religious Jews abstain from eating leavened grains. This is why matzo is such an important part of the spring holiday. For about a week, some Jews restrict their diet to no bread, pasta or, frankly, any foods that contain wheat, barley, oats or rye.

For a Passover Seder, it is easy to construct a menu that does not feature grains that can be leavened. Many families fill up with a traditional spread of matzo ball soup, gefilte fish, charoset and brisket for their feast. Yet, it can be a little more tricky to round out the rest of the week’s meals when flour, bread and other dishes that feature a grain are avoided.

I thought it would be a fun exercise to try making gnocchi using matzo instead of standard all-purpose flour. For those unfamiliar, gnocchi are small potato dumplings or pasta that come from Italy. Gnocchi is a dish that I am fond of making but am still far from perfecting. Like most pasta-making, gnocchi is finicky. It requires good timing and an experienced hand.

Perfectly fluffy gnocchi comes from a cook who has spent too many hours (or years) covered in flour making the little potato pillows. I would say that I have probably made gnocchi about 20 to 30 times in my life and am still far from satisfied with my product.

They range from good to great, but rarely do I find them perfect.

I used sweet potatoes in my recipe this week. Usually, I would recommend russet potatoes I just didn’t have any in the house. I like the subtle sweetness that comes with sweet potato gnocchi, but often I find that sweet potatoes need more flour and can end up a little mushy if overcooked.

Substituting matzo meal for flour didn’t change a lot in my gnocchi-making regime.This gave me confidence that a matzo meal gnocchi could become an interesting meal people keeping Passover this year.

I served my gnocchi with brown butter and Beyond Meat Beyond Sausage (plant-based links), but really, any sauce from pesto to marinari is a great accompaniment.

1 1/2 pounds potatoes (I used sweet potatoes but any high-starch potato, like russets, will work)

Peel and cut potatoes into somewhat uniform pieces. Place in a medium/large saucepan and fill with enough cold water to cover potatoes by at least 2 inches. Add a heaping tablespoon of salt to the water and bring to a boil. As soon as the water boils, drop the heat to a steady simmer and cook until the potatoes are soft enough to insert a paring knife smoothly into the flesh.

Drain potatoes and allow to cool in the colander. Mash the potatoes with a masher or ricer in a bowl. Add

a tablespoon of salt and a cup of matzo meal. Beat in the egg and mix until the dough comes together into a loose ball.

Transfer the dough to a matzo meal-floured work surface. Cut the dough into 2-3 equal pieces and roll the dough on the surface into a long rope about an inch thick. Make sure the surface and the ropes are well-floured (with matzo meal) so the gnocchis don’t stick. Using a bench scraper or knife, cut the rope into inch long pieces.

Bring another pot of salted water to a boil and drop gnocchis into the boiling water in batches so as to not crowd the pot. Once the gnocchis float, remove them and add them to a simmering sauce, a bowl of pesto or quickly saute them in butter.

Lukas Southard is The Eagle’s newsletter manager. Prior to joining The Eagle, he was a chef in California and New York City, a whole-animal butcher and a trained sommelier.