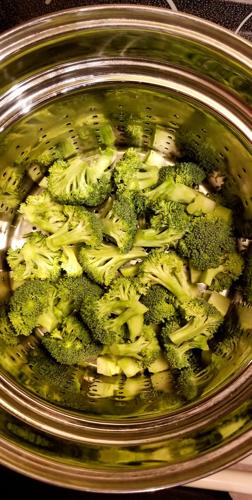 The broccoli should be steamed until just soft so that the broccoli will breakdown when mashed, but remain firm enough to maintain some texture. 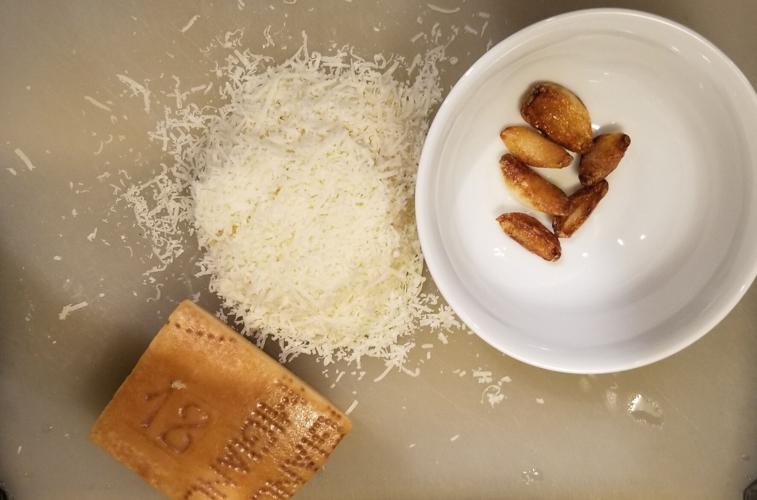 The broccoli should be steamed until just soft so that the broccoli will breakdown when mashed, but remain firm enough to maintain some texture.

In so many ways, food defines cultures and brings people together. A well-prepared meal can transport me to its country of origin in much the same way music and art can. However, the elemental effects of food can literally be felt in the gut.

Of all the world’s foods, dishes inspired by Italy’s La Cucina Italiana are my favorites to prepare at home. I like the simplicity of La Cucina Italiana, which tends to focus on allowing a few excellent ingredients to shine, especially produce, in its dishes. Because Italy is a country with long food traditions made up of many regions, which only became unified in 1861, there are many regional differences in its cucina.

I’d like to share a recipe for orecchiette with broccoli, a dish originating in Puglia, which I learned from a marvelous woman, Mary Lovely, who owned a shop I worked in briefly, called Pasta Perfecto.

As you can imagine, she taught me how to make pasta dishes including ravioli and tortellini, but almost as importantly, she described what it was like to be brought up by her mother, who had come directly from Italy. She gave me a feel for old world Italian values and food traditions. Mary described how her mother’s dinners were always made up of several dishes she would make throughout the day, which would keep warm on her stove; a tradition which has been mostly lost in the fast-paced transition to the modern world. Food and shelter were always available to family members in need, but money was never given or lent.

Mary told me stories of how her mother was thoroughly unimpressed with the values of modern American life and one story exemplifying her contempt stood out.

Mary and her husband had just bought their first new car and proudly brought it by her mother’s house to give her a ride in their new prized possession. Mary’s mother sat silently in the front seat as they drove her around, hoping to impress her with its shiny chrome and gentle ride. When they returned to her mother’s home, Mary and her husband asked her what she thought of their brand-new car. Mary’s mother broke her silence and replied disdainfully in her broken English, “It no take me anywhere I can’t go in my car.”

This dish Mary taught me originates from Puglia, the boot heel of Italy, where the shaped pasta orecchiette is typical. Orecchiette, “little ears” in English, is cupped-shaped pasta often with ridges in its dried form, which are perfect for a dish such as this with a lighter bodied sauce and small bits of vegetable as it cradles the sauce and vegetable in the pasta’s little cup.

The essential technique for this dish can substitute broccoli with another brassica, such as broccoli rabe or Romanesco. I’ve included cannellini beans, prosciutto, sausage or leftover roast chicken if you're looking for more protein. Anchovy is a fine addition as well.

At first glance, the idea of mushy broccoli with pasta doesn’t sound appealing. In this dish, I prefer the broccoli to be steamed until just soft so that the broccoli will breakdown when mashed, but remain firm enough to maintain some texture and not to compromise the vegetables nutritional value by overcooking. However, it can be a bit more luxurious when the broccoli is cooked further creating a saucier final dish.

You may look at the recipe and exclaim, “Six cloves of garlic!” and it would be too much for most if the cloves were minced or, God forbid, put through a garlic press. The whole garlic cloves are browned over a medium low heat in a nice fruity, peppery Italian extra virgin olive oil producing a similar mellow garlic flavor as roasted garlic. In chemical terms, the more the cell walls of raw garlic are broken, the more of the sulfur-containing molecule called allicin is released, which is the source of the pungent sharpness found in garlic. Heat destroys allicin and is the reason why six cloves of garlic mashed after cooking imparts a mellow richness rather than a sharp pungency. There are times when some of garlic’s sharp pungency is preferred, but I side with Anthony Bourdain’s quote regarding the use of a garlic press, “I don’t know what that junk is that squeezes out the end of those things, but it ain’t garlic.”

1 large head of broccoli, about 5 cups, stems peeled and chopped, and the head broken into small florets.

Zest from one lemon

Cut the broccoli as described and steam for 6 or 7 minutes until soft and set aside.

Put on a large pot of salted water to boil for the pasta.

Meanwhile brown the garlic cloves over medium low heat in the olive oil in a pan large enough to be able hold all the ingredients. I use my workhorse 12-inch cast iron fry pan.

Once the water comes to the boil, cook the orecchiette for one minute less than the recommended time for al dente on the package’s instructions.

While the pasta boils add the steamed broccoli to the pan with the garlic and olive oil and begin mashing with a potato masher.

About one minute before the pasta is finished boiling remove about 2 cups of the pasta water.

Add about one cup of the pasta water to the broccoli mixture and continue mashing the broccoli and garlic mixture.

Add Parmigiana Reggiano and add more pasta water if necessary, until the sauce reaches the desired thickness. Taste for salt and pepper and serve in a wide bowl with a fork and soup spoon.

These recipes are quick and easy to make, for all of our busy home cooks.

I recently returned to my old stomping grounds on Cape Cod to visit my beautiful niece, Daven, and her husband and my good friend, Benn. It wa…