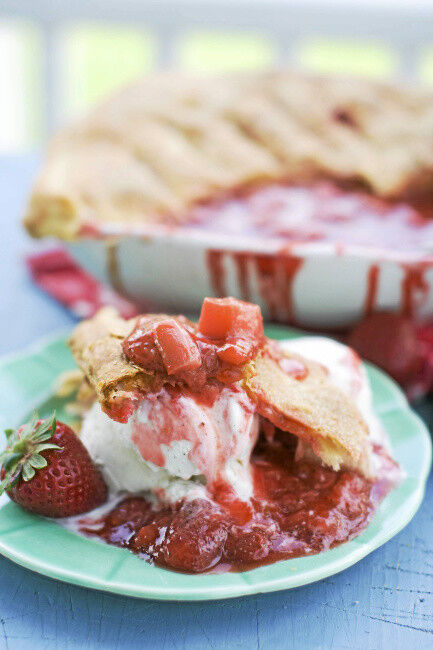 Strawberry-rhubarb pie is a sweet celebration of the changing seasons. 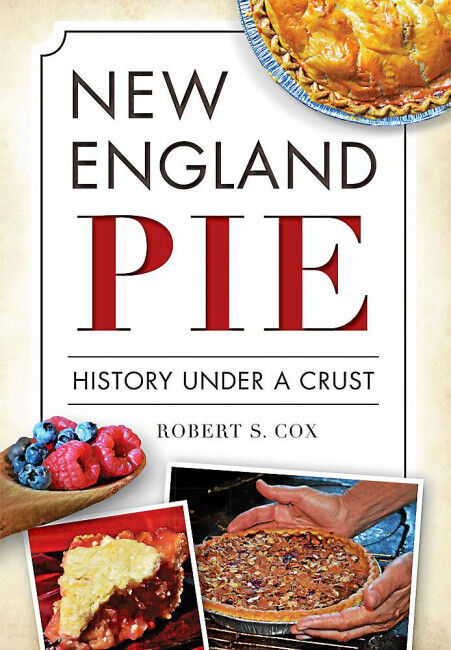 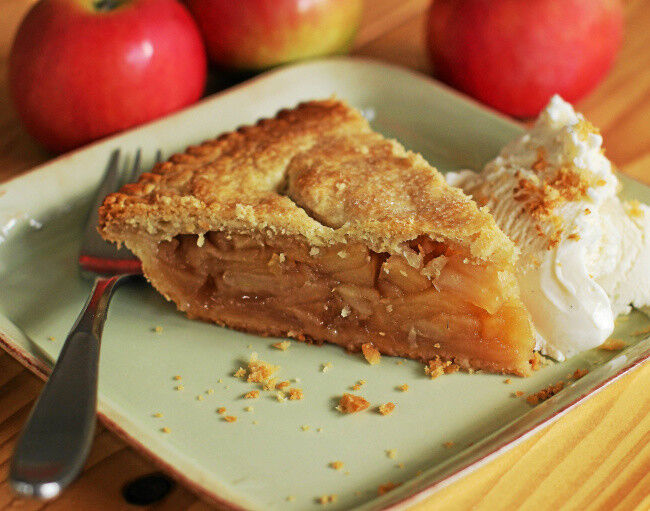 Strawberry-rhubarb pie is a sweet celebration of the changing seasons.

Author Robert Cox likes his pie served with a dollop of history.

Apple, pumpkin, mincemeat, blueberry — any way you slice it, pies as we know and love them today have deep roots in New England culture and traditions.

"Anglo-Saxon settlers came here with an established love of pie," said Cox, author of the newly released "New England Pie: History Under a Crust" (American Palate, 2015). "Meat and fruit pies go back, in different variations, to England. ... What made pie popular is you can make it very fancy, but it's also a basic food source at its best."

In "New England Pie," Cox uncovers the history behind the much-loved New England dessert by dissecting the origin and journey 12 different types of pies take from the baking techniques of early Puritan settlers to modern-day ovens and adaptations, breaking it up by months to highlight the importance of seasons in New England culture.

"All pie does is take an ingredient — apple, blueberry or chicken, for example — and presents it in its purist form," he said when asked what makes pies such a cherished New England tradition. "Pie brings out the flavor inside in a way that highlights why we love those fruits and seasonal ingredients, baking it in pie really intensifies the flavor, but also does it in a way that seems to be down to earth."

Cox first made the connection between his favorite dessert and the area's rich history when working with an undergraduate student at the University of Massachusetts — Amherst, where he is head of special collections and university archives, on a project about chowder. What Cox found when combing through the more than 12,000 cookbooks available, mostly focused on New England cooks and writers, was an unlikely central character in New England history — food.

"I started thinking about pies," he said. "I wanted to focus on answering, what are really New England pies? The pie culture here is very deep."

He writes: "New England pies are more than just treats; they are maps for understanding. Pie can be indulgent or frugal, a host for ephemeral fruits or a coffin for the leftovers of the long months of winter. They can be sweet or savory, delicate or robust ... They are like the New England weather: if you don't like it now, wait a day."

Through his research, he traces the pie from its humble beginning as a means to simply transport food. In the early 17th century, pie crusts were far from the flaky, buttery pastry we roll out today. Instead, a crust was thick and dry, a mixture of flour and water, simply made not to be eaten or enjoyed, but as a type of medieval container.

"The old crusts were just a vehicle for transporting, a cooking vessel that made it convenient to carry around," Cox said. "It was designed to be picked up and taken along. You can put your piece of pie in your lunch sack and carry it along. It was a part of daily life."

Month by month, Cox traces the many flavors of pie popular across New England, concluding each chapter with three or four recipes. The recipes span from the 1700s on — long before measurements became popular in the late 19th century, he said. A tart of cherries recipe from 1710 simply instructs the baker to "stone your cherries and lay them in the bottom of your pie with beaten cinnamon, ginger and sugar, then close up."

"Before [measurements were standardized] they would give relative amounts of things," he said. "It was much more about the cook's skill and the cook's interest in matching the taste of his or her family or clientele. Those older recipes required knowledge on the part of the cook, but it also allowed them to be really expressive."

Cox, a self-proclaimed "horrible cook," said it's hard to pick his favorite pie. His favorite, he said, is always the next one.

This recipe was from Cox's mother in law, who made the French Canadian classic — a staple in French immigrant neighborhood supermarkets and homes — during winter months. What makes this pie interesting, Cox said, is the mix of spices used varies with each cook. His mother-in-law Suzette was mortified, he said, at the thought of sharing that she used Bell's Poultry seasoning in the traditional dish. But Cox said, this variation is an important example of the idea that pies evolve to particular family's tastes.

Combine meats, onion and seasoning well and simmer, covered for 30 minutes. Drain off liquid. Let stand for fat to rise up to top and discard fat; return the rest of the liquid to the meat. Combine with mashed potato. Place in a pastry-lined pie tin. Cover with top crust and place butter evenly on top. Bake at 400 degrees for 25 minutes or until browned. Meat mixture may be made the day before and refrigerated.

Suzette's variations: Alter ratio of beef to pork to 50:50; Double the amount of potato; Omit thyme, cinnamon and the onion; Substitute Bell's Poultry seasoning with a pinch of ground sage and ground cloves.

Rhubarb is a favorite of Cox, who included this recipe made by his friends Fredrika and Rachel.

"I would put rhubarb pie as one of my favorites," he said. "For me, it's coming out of winter where in traditional New England back in day they were eating nothing but preserved fruits meat for months and then you come in to April and rhubarb is coming up out of the ground — it's a signal of rebirth."

For crust: Break up Crisco into 8-10 pieces; chill in freezer. Mix together with other ingredients and 4-6 Tbls. ice water and chill in refrigerator for 30 minutes before rolling out.

For pie: Combine filling ingredients and put in pie crust. Cover with crust and dot with butter and sprinkle a bit of water on top. Place pie on lowest oven rack at 450 degrees for 15 minutes then reduce temperature to 350 degrees and bake for 40 to 45 minutes.

Rhubarb recipes — pies, muffins and dream bars — for when your neighbor 'gifts' you more than you can use