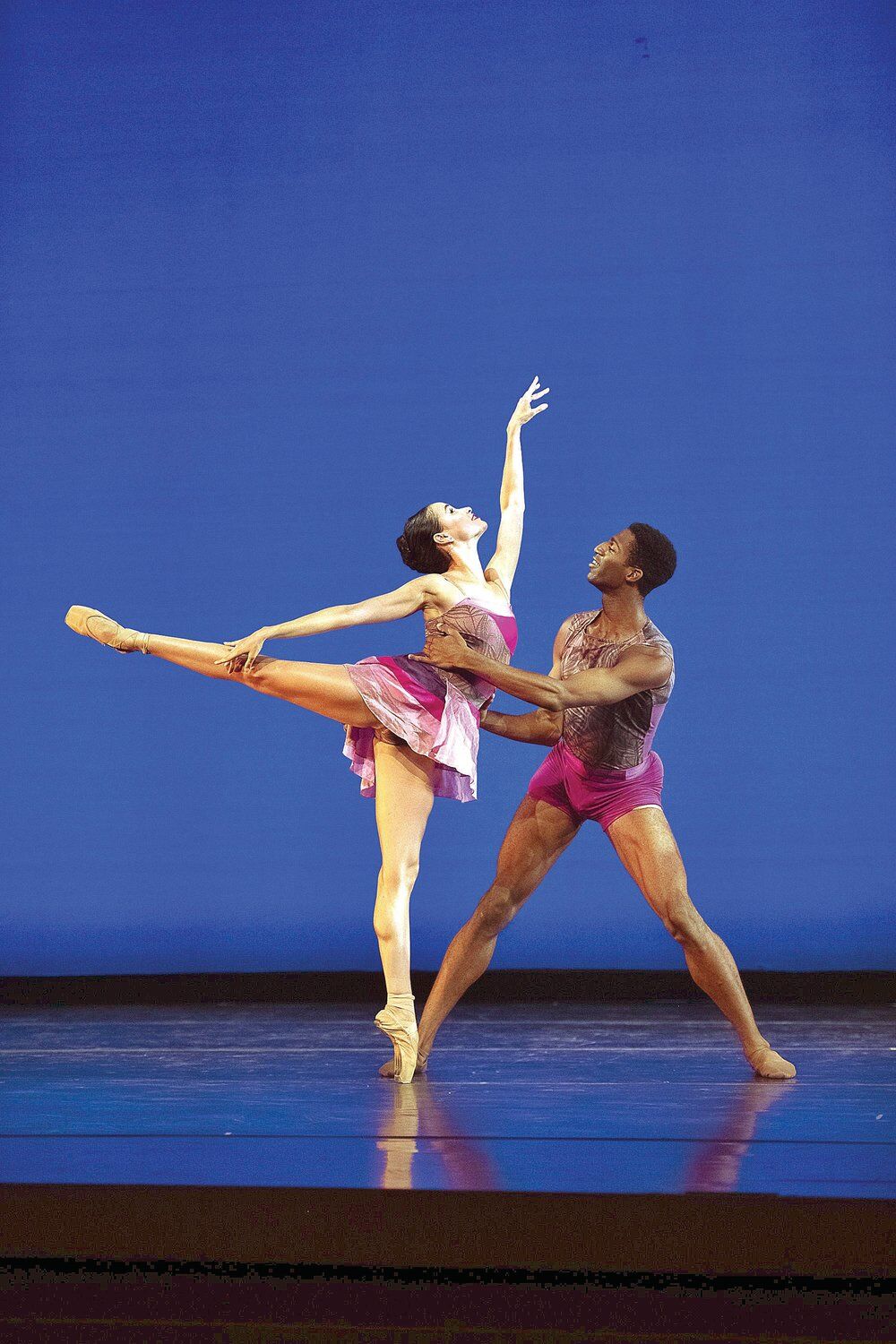 Yinet Fernandez and Derek Brockington of Dance Theatre of Harlem in Darrell Grand Moultrie's "Harlem On My Mind." 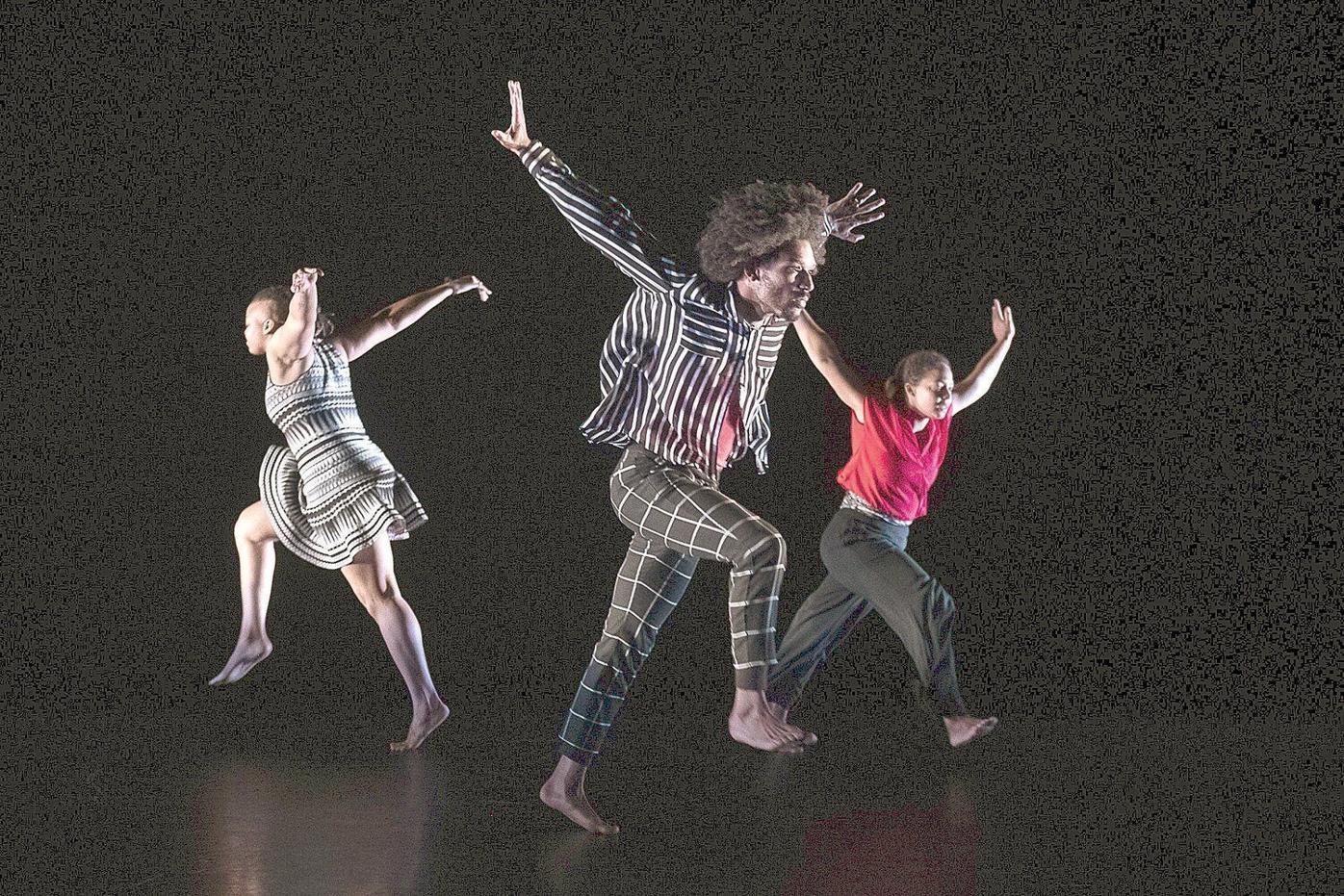 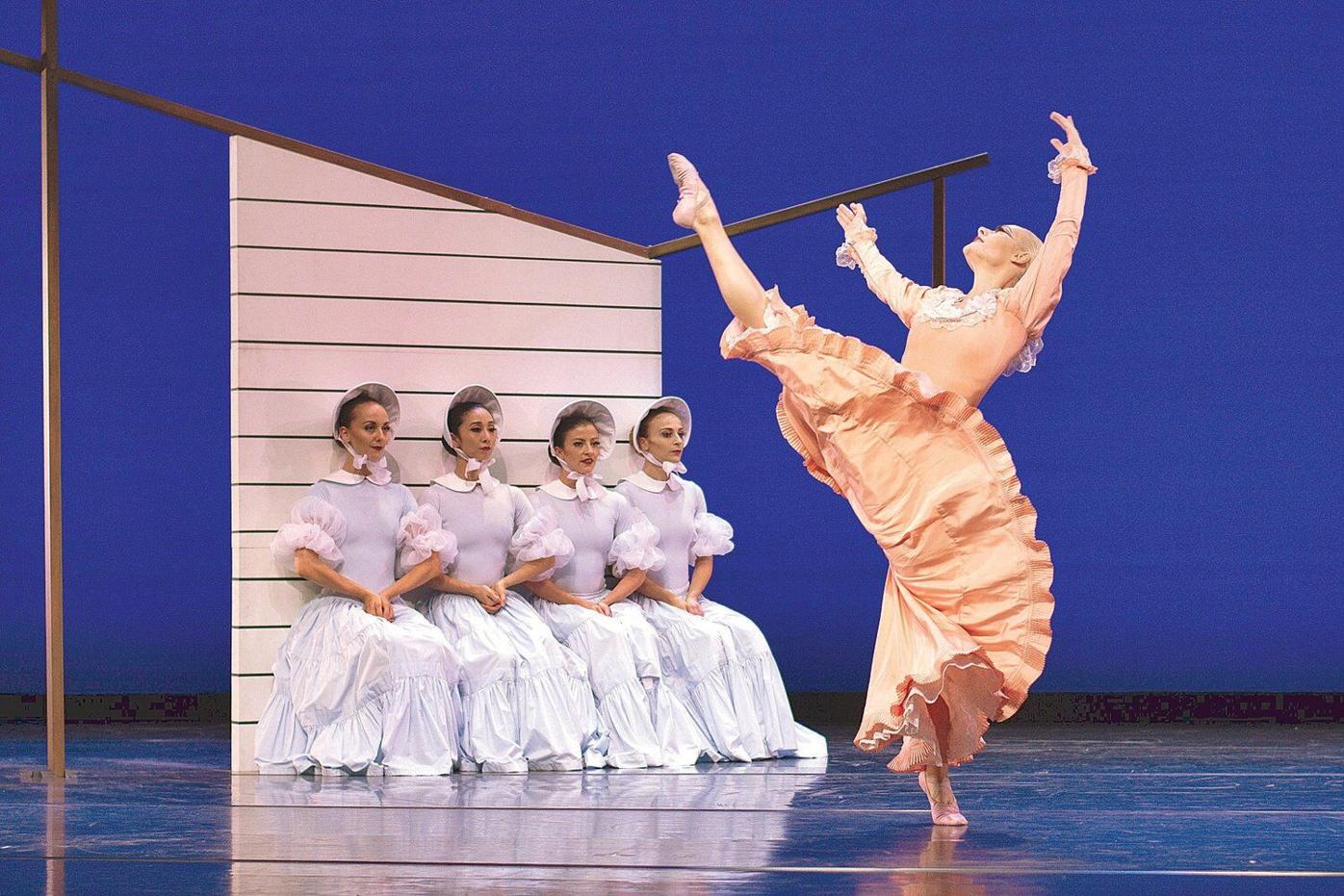 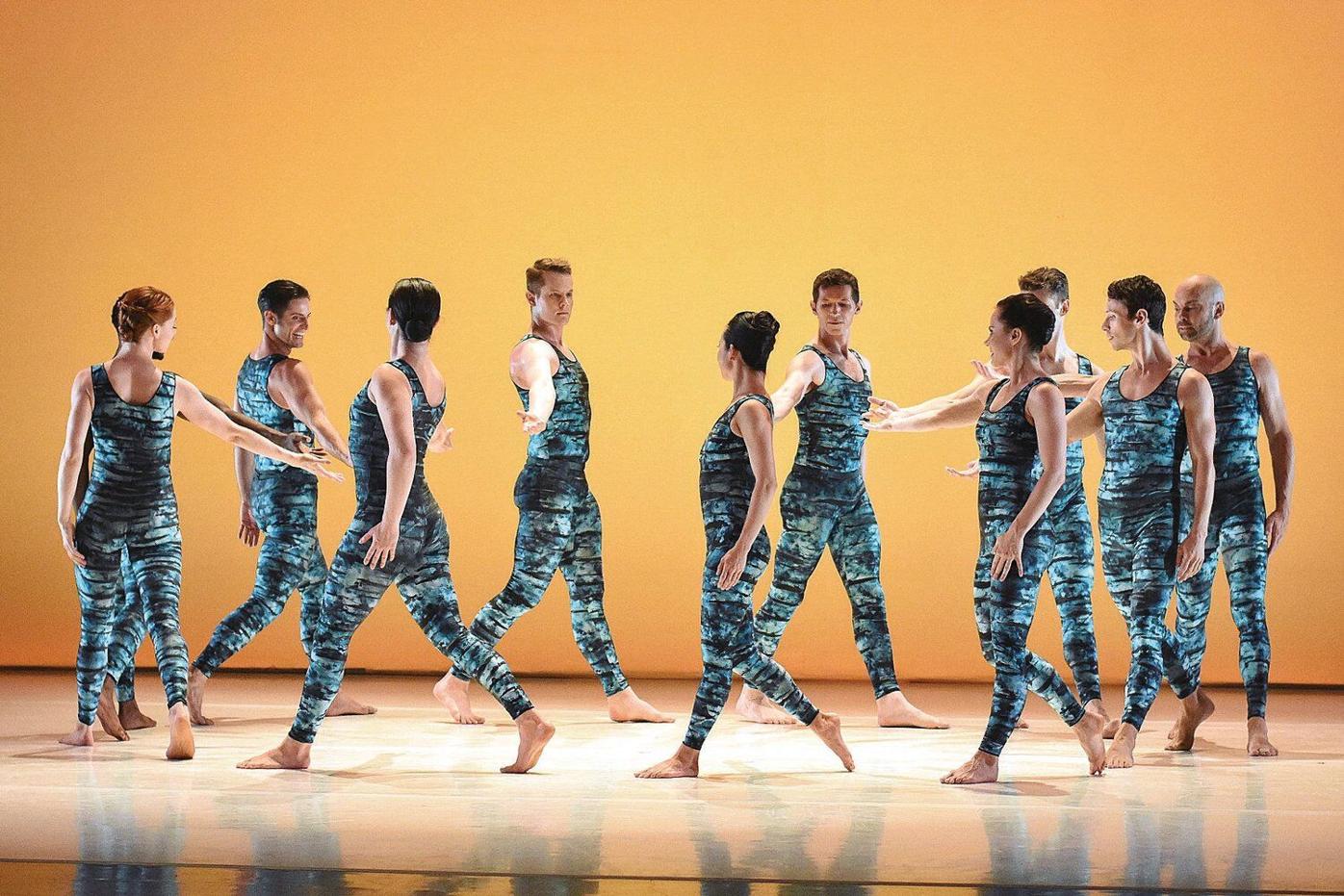 Yinet Fernandez and Derek Brockington of Dance Theatre of Harlem in Darrell Grand Moultrie's "Harlem On My Mind."

One of the best things that happened in the dance world this year happened recently: Charlotte Nebres, an 11-year-old student at New York City Ballet's "feeder" academy, the School of American Ballet, was cast as Marie, the young heroine in NYCB's version of "The Nutcracker." What's so noteworthy is that she's the first black child to play Marie in the 65 years the company has presented the ballet. "When I dance I feel free and I feel empowered," Nebres said in a New York Times interview. "I feel like I can do anything when I dance. It makes me happy."

Meanwhile, kudos to the Times, for naming Gia Kourlas as its new chief dance critic.

Below are a few of my favorite things vis-a-vis our Berkshires dance scene, but the actions of the above titans in the dance field do create far-reaching ripples in the dance world. Salut!

Oh my, yes, in 2019, the professional dance venues, presenters and performances here in the Berkshires offered much to celebrate, especially given that the artistic excellence on display was also gorgeously diverse.

As usual, Jacob's Pillow Dance, particularly its annual, 10-week summer Festival, reigned supreme — a nice segue to "Walking With `Trane," Urban Bush Women's evening-length dance homage to John Coltrane's iconic jazz album "A Love Supreme." As I wrote in my review, the dance behaved "like a heady jazz concert" that played with "consonance and dissonance with a kind of spirited cacophony." David Rouss ve's company REALITY paid tribute to another (if lesser-known) jazz hero, Billy Strayhorn, in Rouss ve's "Halfway to Dawn." "The movement is continuously lush," I wrote, and the nine dancers "a group of highly individualized performers." Jazz also provided the musical support for choreographer Darrell Grand Moultrie's "Harlem on My Mind," a fun frolic performed by members of Dance Theatre of Harlem during its July Pillow visit. The company, an American treasure, is celebrating its 50th anniversary this year, a particularly important milestone to note given its serious financial struggles in the past decade-plus. The dancers are looking great and gave me reason to believe in the group's return to a solid foothold.

It was uplifting to see several other longtime dance companies likewise looking fine, offering fresh, rather than fusty, performances of vintage works. I found Martha Graham Dance Company's Pillow performances of Graham's 1944 "Appalachian Spring" and 1936 "Chronicle" simply thrilling. The eponymous company of Paul Taylor — the great choreographer who passed away last year — also appeared at the Pillow, showing why Taylor's 1962 "Aureole" is considered a modern dance masterpiece. Merce Cunningham — who, like Taylor, danced with Graham before branching off to become a major force of his own — decreed that upon his death his company would not continue on; but his works can still be staged. (Thank goodness.) Compagnie CNDC-Angers/Robert Swinston, the group directed by longtime Cunningham dancer Swinston, brought a triple bill of Cunningham works to the Pillow, all set to compositions by John Cage. Swinston's staging and the performers' commitment resulted in an evening that felt special, rare.

Mark Morris is a couple of generations younger than Graham, Cunningham and Taylor, and at only 63, we can assume he'll be at it for a long time to come. The nearly 40-year-old Mark Morris Dance Group (and Music Ensemble, which has recently been added to the group's name, an affirmation of Morris' longstanding commitment to live music) brought what I called "an intensely joyful program" to the Pillow. The finale, Morris' 1993 "Grand Duo," was sublime.

A generation-plus behind Morris are Kyle Abraham and Camille A. Brown, both familiar favorites at the Pillow. Brown's "ink," part three of her trilogy about culture, race and identity, was co-presented by Mass MoCA — where it was performed in November — and the Pillow. Abraham and his company A.I.M. brought a program of five dances to the Pillow; Abraham's "Drive" was a highlight, a dance that showed off both the company's ability to collect into a scintillating ensemble and, I noted, the "specific gifts of each dancer." The concert included one piece by Andrea Miller, whose own company, Gallim, also appeared at the Pillow to perform two of Miller's works, including "Boat," which I called "somber and poetic."

In her show called "Beyond Ballet," NYCB principal dancer Sara Mearns crossed the aisle, so to speak, to dip a toe into other dance genres. Recently, she's performed solos by Cunningham and Isadora Duncan; in this Pillow program she performed the Graham solo "Ekstasis." The show also included works by current female modern choreographers Jodi Melnick and Liz Gerring. Sometimes these "projects" are superficial star vehicles; sometimes they are earnestly unconscious insults to those other genres. Mearns, happily, avoided such pitfalls. "Those on stage with her seem like collaborators," I wrote, "as do those on the program page ... whose movement she honors by the sincerity of her execution of it."

There was much, clearly, that delighted me this year, but there was one thing that particularly surprised me: the Australian company Circa's Pillow performance of "What Will Have Been." Never having seen the group before, but only having read about it, did I expect to be astounded by the trio consisting of, as I wrote, "acrobats, athletes, and artists"? Yes, and I was. Did I worry that it would be flashy spectacle? Yes, and it wasn't. Did I expect to be deeply moved? No, and I was.

My final mentions must be accompanied by disclosure of my professional association with the various entities. So, take it with a grain of salt if you insist, but I will insist that Boston Ballet's end-of-season appearance at the Pillow was both formidable and magical. And the performance of dancer/choreographer Akram Khan's searing, evening-length solo "XENOS," presented at Williams College's '62 Center MainStage, was unforgettable.

For those on the necessarily abridged list above; for the many other things that aren't listed here; for the great bounty of dance present in our little corner of the world; for the stuff of memories, and visions of gifts to come: I'm grateful.