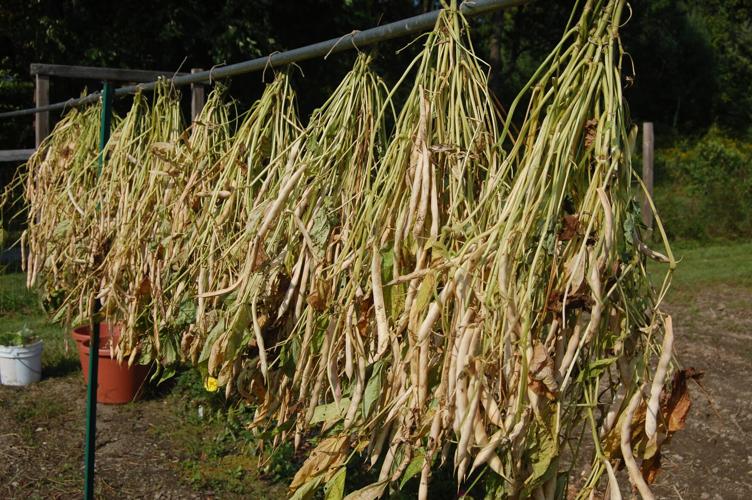 Pods of shell bean plants get additional drying as plants are suspended from a trellis. 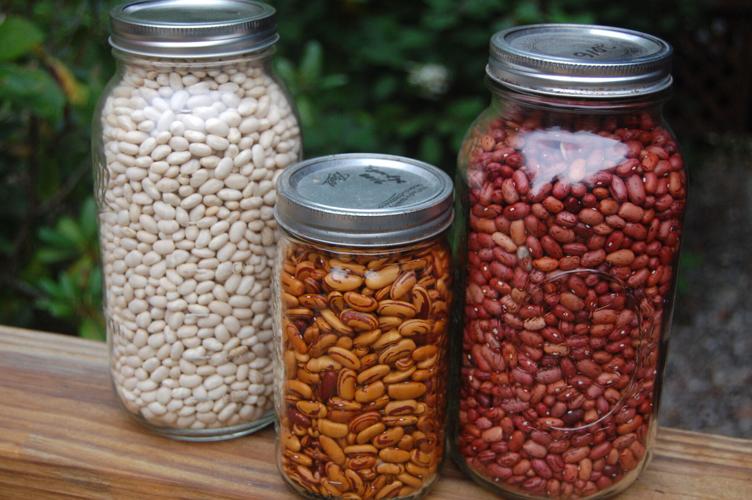 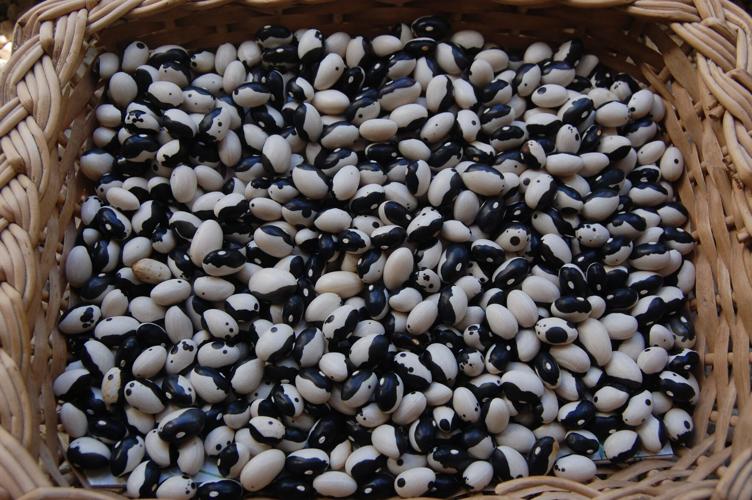 Just one of the numerous varieties of dry shell beans, orca gets its name from the similarity of a color pattern resembling the killer whale, a.k.a. orca.

Pods of shell bean plants get additional drying as plants are suspended from a trellis.

Readers of this column could argue that the writer is full of beans. Well, it is true. I am not only full of beans but so is our pantry. These are dried shell beans which I’ve been harvesting over the past few weeks and will continue to do so until the last bean pod is stripped from its plant. It is not unusual or difficult to grow dry shell beans. Many are simply beans which may be eaten fresh, but may also be left on the plant until the pods and beans within are dry. Anyone who enjoys a meal of baked beans, bean soup, or beans and rice may be growing these beans.

Red kidney, black turtle, Great Northern, and Vermont cranberry are some common varieties with which most gardeners are familiar. However, there are many other varieties of varying color and color patterns, so much so that growing these can easily become an obsession. Currently, I am growing 11 varieties including orca which derives its name from the white and black color pattern resembling that of the killer whale of the same name. Another variety is Lazy Housewife, one which I feel guilty about growing considering the workaholic habits of my wife.

Dry shell beans are not harvested until the pods are dry and feel crispy when squeezed. If impatient, plants whose leaves are mostly yellow but with pods not quite crisp may be pulled up and hung on a trellis or wire until the pods are fully dry. This may be indoors or out but preferably out. Once dried, I collect the pods and place them in bushel baskets or in onion bags until ready for shelling. My favorite time for shelling is in the evening after the day’s work is done and while watching TV or listening to music and sometimes contemplating the role of beans in musical composition.

The end of September is the perfect time to start planning next year's vegetable garden. Our garden expert explains why ...

You need not be full of beans nor spend time in contemplation before getting on with these tasks:

By the way, in British slang “full of beans” means energetic and high spirited. So, that leaves me out.

A mild start to fall may be keeping you in the garden, but your indoor plants need love too

Is it really October or did someone flip ahead a page on the calendar? Normally, daily low temperatures at this time of year would be in the 40 F – 45 F range, and given that the average date of first frost for much of the area is around Sept. 20, we are experiencing an unusually mild start to fall.