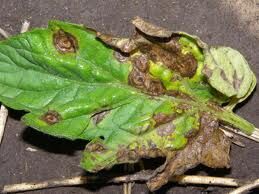 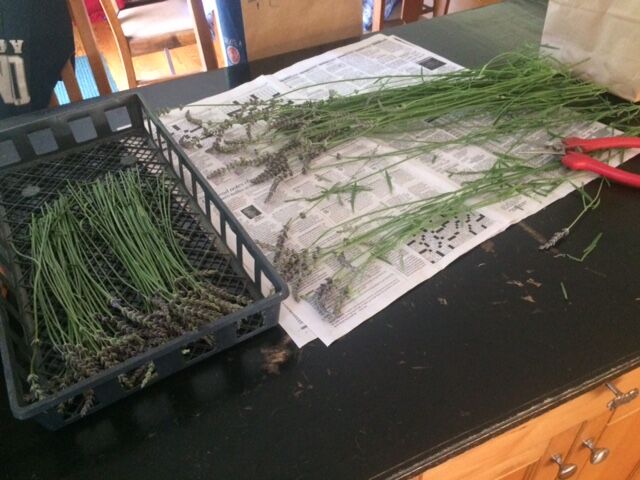 I suspect that July 2021 will turn out to be a month gardeners and many farmers won’t forget for some time. We’ve had more days of rain than sun, but who’s counting ... well, maybe Eagle weather tracker Clarence Fanto, is. All I know is that gardens have been soggy throughout the month. Constantly saturated soils have low oxygen levels as water replaced air in soil pores. This, in turn, leads to poor root development or root rot and slow plant development. That may explain why it wasn’t until this week that serious harvests began. However, my greatest concern now is the appearance of diseases on several crops in the vegetable garden.

Tomatoes seem to be leading the pack as early blight and leaf spot diseases are rapidly infecting my plants despite weekly applications of a biofungicide. The effectiveness of the fungicide is likely reduced as frequent rains wash it off the plant leaves. So, the question now is: “Since the tomato plants are infected, will further applications destroy the fungus?” Sadly, the answer is: “Not likely!”

Most fungicides, especially organic products such as the one I use, are preventative. That is, they must be applied before disease infections occur. Once the fungus infects the plant, about the only option is to remove the affected plant parts. This is best done by pruning off those stems and leaves when the plants are dry. It is also important that the pruning tool be sterilized after working with an infected plant and before moving onto the next plant. This is done by dipping, wiping or spraying the pruner blades with a disinfectant. Effective disinfectants are ethanol or isopropyl alcohol, and household cleaners, such Listerine, Lysol or Pine-Sol, but not bleach since it may corrode the pruner blades with repeated applications.

I still have vivid memories of July 2009. I had planted 70 tomato plants earlier that year. Yes, that’s a lot of tomatoes for a home garden and I admit to getting carried away at times. Since my wife, Pat, cans as many as 50 to 60 quarts of tomatoes as diced tomatoes, tomato juice and tomato sauce, having a few extra tomatoes in the garden isn’t a bad thing.

Unfortunately, before any tomatoes could be harvested, all 70 plants were destroyed by a fungus known as late blight. That blight disease also had devastating results for commercial growers. Why I mention this bit of history is that July 2009 was at that time, the second wettest July on record. We have now surpassed that record. I doubt we’ll have a repeat of late blight to that level, but disease management is an important part of gardening.

Here are some tasks to manage this week:

And what better way to break the spell of reading this column than to stop here?

Trouble takes many forms. Right now, the trouble in Ron Kujawski's garden is largely with Japanese beetles, who love to taunt him by feeding on the leaves and ripened fruit of his raspberry plants.

Ron Kujawski: Pray for the rain to stop — and while on your knees, do some weeding

I feel like I should simply repeat last week’s discussion regarding the impact frequent and often heavy rain is having on gardens, especially …

Ron Kujawski: Is there an easier way to grow potatoes? What's the best way to compost? Trying new methods is key to finding what works in your garden

What happened to all the rain? Garden Journal columnist Ron Kujawski isn't missing it. Now that it's stopped raining every day, Ron's squash and vine crops have finally taken off.

I don’t like to be pinched, nor do I like being in a pinch. On the other hand, I have no qualms about giving a pinch. Lest you think this is a…

Ron Kujawski: Dreaming of key lime pie? You can grow lime trees in our climate — as a potted plant

Garden Journal columnist Ron Kujawski is dreaming of key lime pies baked by his son who lives in the state of Florida. He writes, "The pie has become such a favorite of mine that I wish key lime trees could be grown in our climate. Actually, they can be but as potted plants."

Ron Kujawski: Stop treating Labor Day like it's the end of the gardening season

Labor Day is usually looked at as the beginning of fall when the focus is primarily on harvesting and cleaning up the garden. If that is your sole focus now, then you are missing a golden opportunity to turn back the calendar as this is an excellent time to plant.