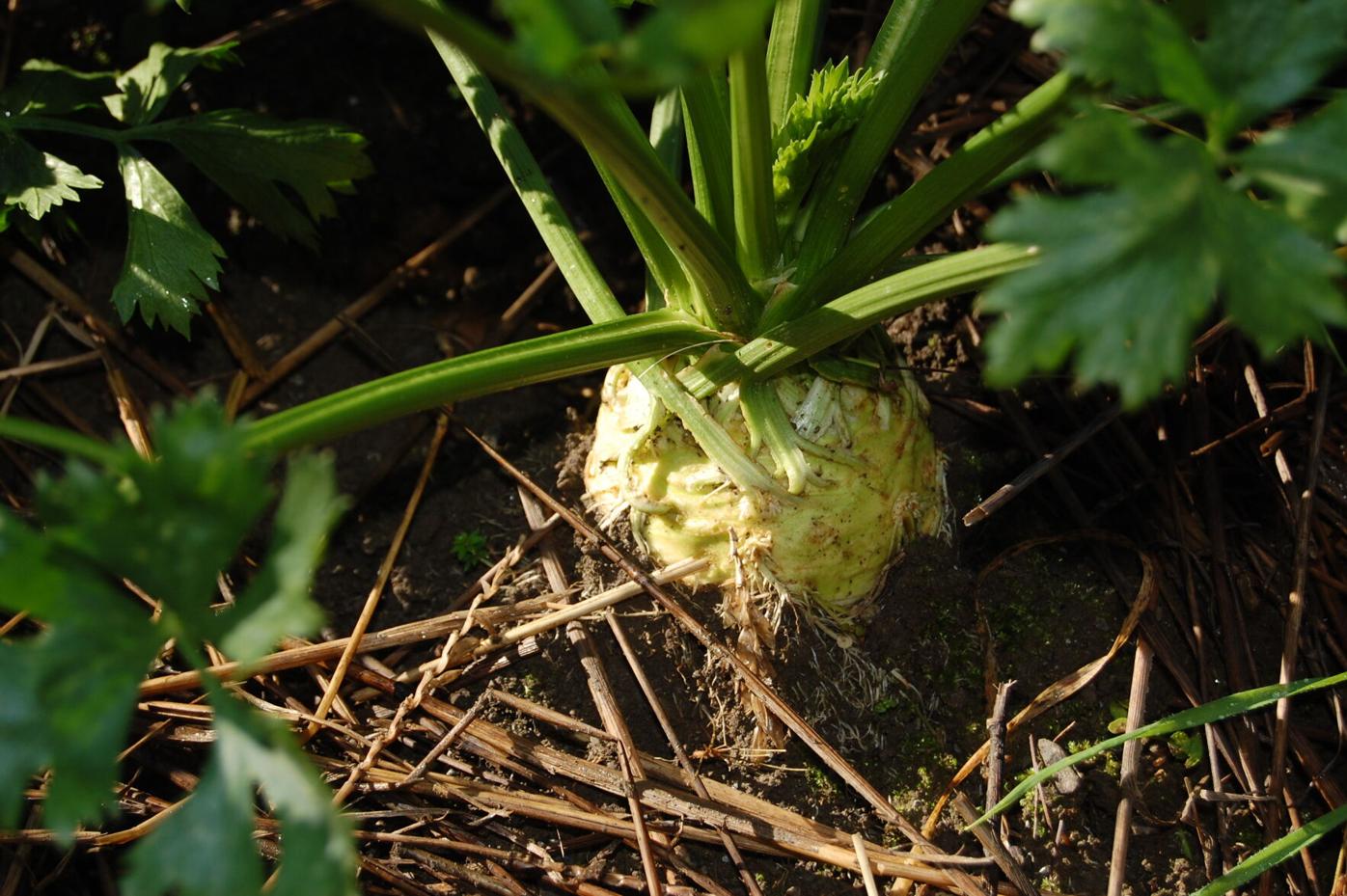 Celeriac, a relative of celery but grown for it large swollen root rather than its leaf stems, is a vegetable that does not seem to get much attention. 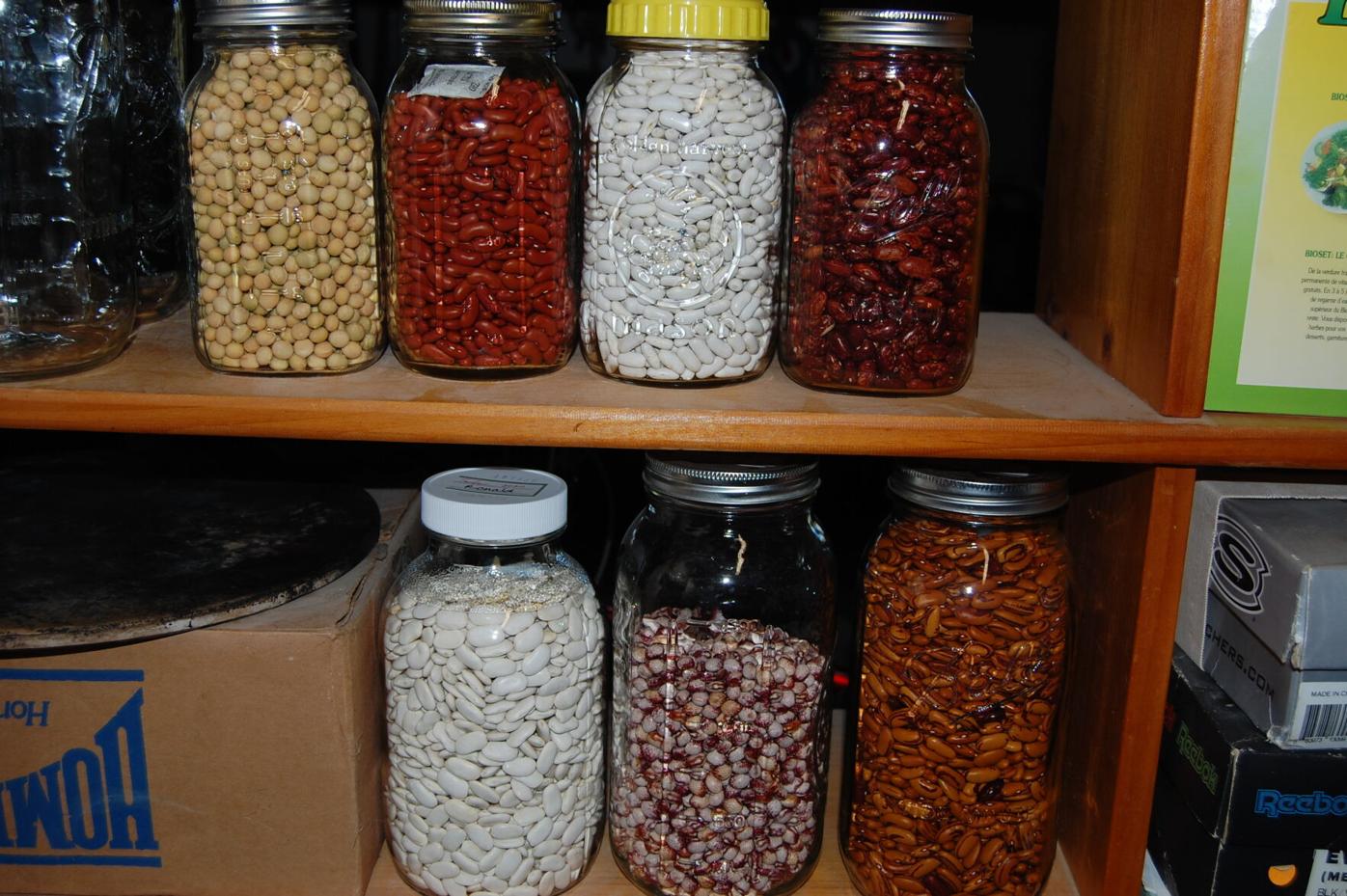 Finish shelling dry beans and then store the beans in mason jars along with a desiccant packet or oxygen absorber. However, reserve about ¼ pound of each bean variety to use as seed for next year’s planting.

You needn’t be an ardent weather watcher to know that frost is imminent and may have already occurred at some of the higher elevations. I made it a point this week to complete the harvest of what remained of our tender crops before any chance of frost. That meant picking the last of the bush beans, cucumbers, okra, eggplant, tomatoes, peppers, melons, squash and sweet potatoes. Even without exposure to frost, the quality of most of these vegetables declines with repeated exposure to cold, but above freezing, temperatures. In agricultural circles, this is typically referred to as chilling injury. It is not surprising that the vegetables listed as sensitive to chilly weather are all of tropical or subtropical origin.

Two vegetables which often get mistaken as being frost tolerant are pumpkins and winter squash. Of course, most everyone recognizes that frost kills the vines of these crops, but the fruit always looks like it withstood the cold and are even picturesque when coated with the thin icy glaze. Though there will be little trouble if they are harvested and cooked immediately after exposure to frost, they will soften and decay quickly when put into storage. Cooked pumpkins and winter squash may be mashed and eaten, used in pie or bread recipes, or frozen for consumption this winter.

Don't toss out those raked leaves! You can turn that fallen foliage into 'black gold' with a compost bin.

Lawn full of leaves? Before you bag that fallen foliage and kick it to the curb, consider creating your own compost pile. Garden Journal columnist Ron Kujawski shares how to make a simple bin.

While pumpkins, squash and the other crops mentioned are not hardy, there are still many crops that can withstand frost. Those tolerant to temperatures in the 28 - 32 F range include beets, broccoli, cabbage, cauliflower, carrots, celeriac, celery, chard, parsnip, and radishes. Among the vegetables that can withstand temperatures colder than 28 F are kohlrabi, turnips, rutabaga and many leafy greens such as arugula, lettuce, spinach and kale. The harvest season for all of these hardy vegetables can be extended well into winter, especially if they are given some protection. For example, mounding a thick layer of straw over root crops will keep the ground from freezing, thus allowing carrots, turnips, rutabaga, and parsnips to be easily dug. The season for leafy greens may be extended by covering them with row covers or cloches or creating so-called low tunnels from metal hoops or 1/2-inch PVC pipe and clear plastic. I’ve been able to harvest kale through an entire winter using the low tunnel approach.

One of the hardy vegetables mentioned above is celeriac, a relative of celery but grown for it large swollen root rather than its leaf stems. It is a vegetable that does not seem to get much attention and I’ll admit that I have only planted it a couple of times without much success. My lack of success is largely due to a lack of attention to the details of its growing requirements. Celeriac is not difficult to grow but it does take a long time to mature. Ideally, the plants should be started indoors from seed around mid to late March. The seedlings are transplanted to the garden in late May or early June.

Growth is sloooow. It is the swollen root that is sought but development of the root takes a loooong time to increase in size and that is where patience is essential. I think in the past I just gave in, dug up the root too soon, and was disappointed by its diminutive size. This year, I’ve waited and am now being rewarded with baseball-size roots. Since celeriac is hardy, I’ll only harvest as needed and will leave the remaining plants in the ground well into fall and may even cover them with straw. As with many root crops, the flavor of celeriac improves with exposure to frost. Harvested roots may be stored in a cool, dark, but airy spot.

A mild start to fall may be keeping you in the garden, but your indoor plants need love too

The first celeriac roots I harvested this year were thinly sliced and added to a tossed salad. The flavor of celeriac has been described as being akin to that of mild celery. My next dish using celeriac will be a stew or soup.

Growing celeriac has taught me to be patient and pay attention to details.

Here are other tasks requiring at least some attention to details:

As winter nears, get the most out of your garden and prepare now for next spring

In my mind, this is a time of year for observation and decision-making. As to observation, it would seem that the flowering season is over; ye…