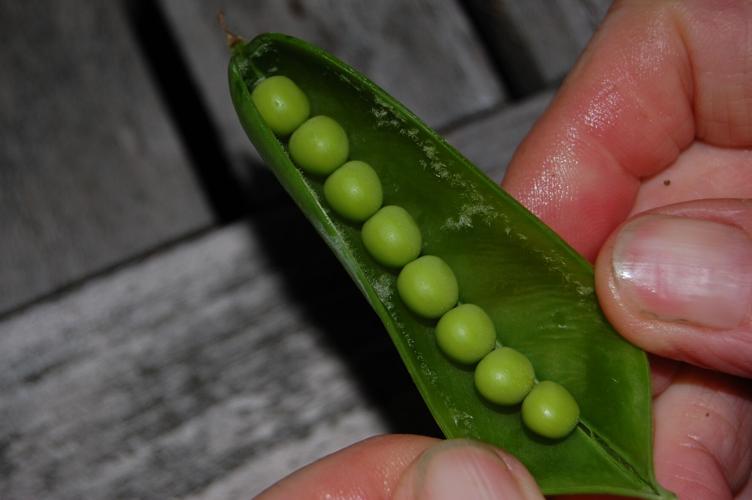 After tearing back the stem end of pea pods, use thumb pressure to open the pods and expose the peas. 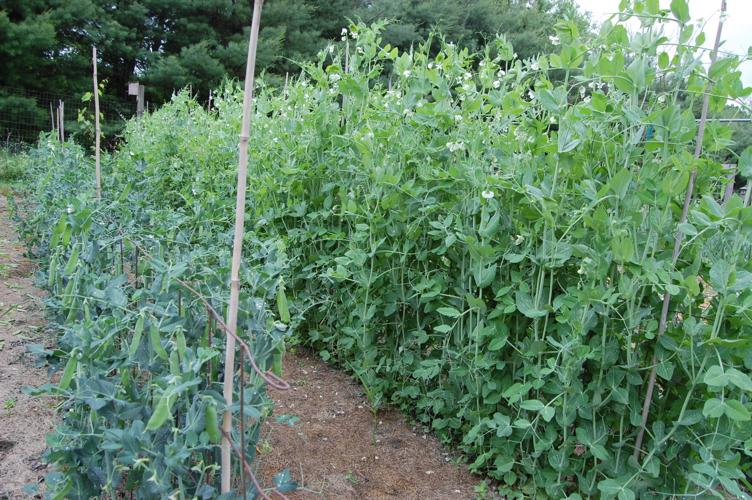 Pea plants, even the short ones, take up less garden space when grown on a fence or trellis. 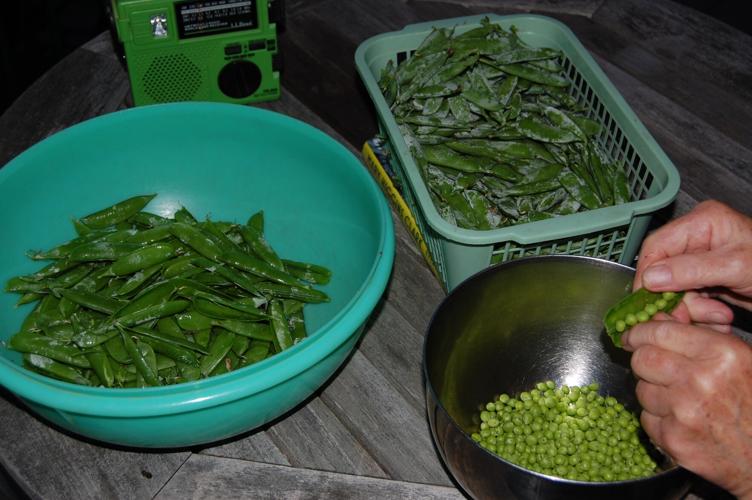 Pea shelling is a relaxing task for evening enjoyment. 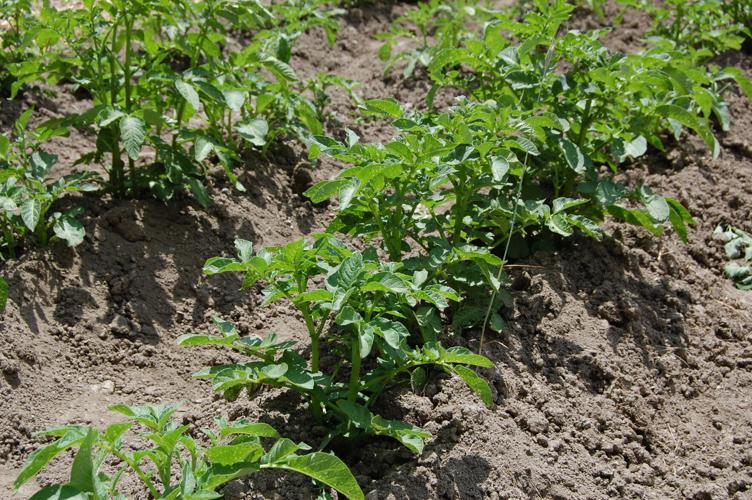 Hill up soil around the stems of potato plants to promote tuber development.

Last week, it was pest patrol; this week, it is pea patrol. Peas are ripening fast and need to be picked routinely, lest the peas become what my family refers to as “bowling balls.” Actually, my pea picking began almost two weeks ago, when the first of the several varieties planted began to ripen. This variety, called "Strike,", is noted for its short maturation time, taking only 52 days from germination to harvest ... and the resulting peas are oooh so sweet. Five days later, a second variety called "Topps" began taking its turn. There are three more varieties in the waiting line.

Obviously, the reason for planting so many varieties, each with a different date to maturity, is to extend the harvest season for peas, one of this family’s favorite vegetables. I expect to be harvesting peas through June and well into July. Growing so many peas does not take up as much garden space as one might expect, since they are all grown on sections of fence adapted as trellis.

Regardless of variety, once the harvest for each begins, picking should be done no less often than at two-day intervals. The best time to pick peas is early morning because this is when their sugar content is highest. When picking peas, snip or break off those pods which are swelled to a cylindrical shape and the rounded peas within can be easily felt. Unless planning to have some peas for breakfast, the unshelled pods should be refrigerated since the sugars in the peas begin to convert to starch soon after harvest.

Besides the eating, one of the most enjoyable aspects of pea picking is the shelling. It has become a family affair. In the evening, we’ll all sit around the table on the back porch and shell the peas. There is a little bit of technique involved in shelling, so as to avoid crushing the tender peas within the pods. Start by grasping the stem end and tear it backwards along the length of the pod. Then, with gentle thumb pressure, the pods will easily open up revealing the peas which can now be popped into your mouth ... or placed in a bowl.

Peas which won’t be part of the evening meal should be refrigerated for the next day or be frozen. To freeze peas, blanch them in boiling water for two minutes and then cool them in ice water before packaging for freezing, preferably using a vacuum sealer.

When it comes to meals in this household, a common request is “peas please!”

Pick peas first and then address these other gardening pleasures:

Ron Kujawski: No room for a garden? Grow veggies in containers instead

Judging from the sales of vegetable seeds and seedlings at local garden centers the past two years, the urge to grow one’s own food is a stron…

Ron Kujawski: When it comes to grass, greener is not always healthier

Are you a green-lawn fanatic? To find out, take this simple test:

Ron Kujawski: Have a 'black thumb'? A spider plant can survive all kinds of abuse

If someone were to ask me to recommend a houseplant, my first choice would be spider plant, otherwise known in botanic circles as Chorophytum …

“What are all those caterpillars that are chewing the leaves of my trees and shrubs?” That’s a question I have been getting asked a lot of lat…