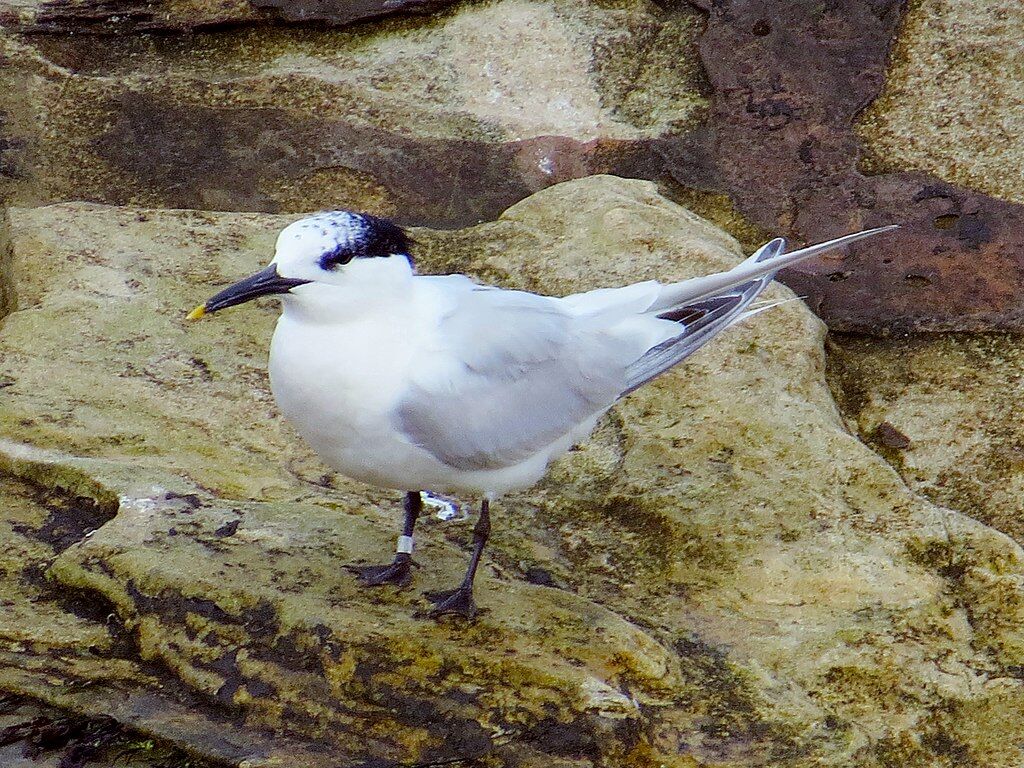 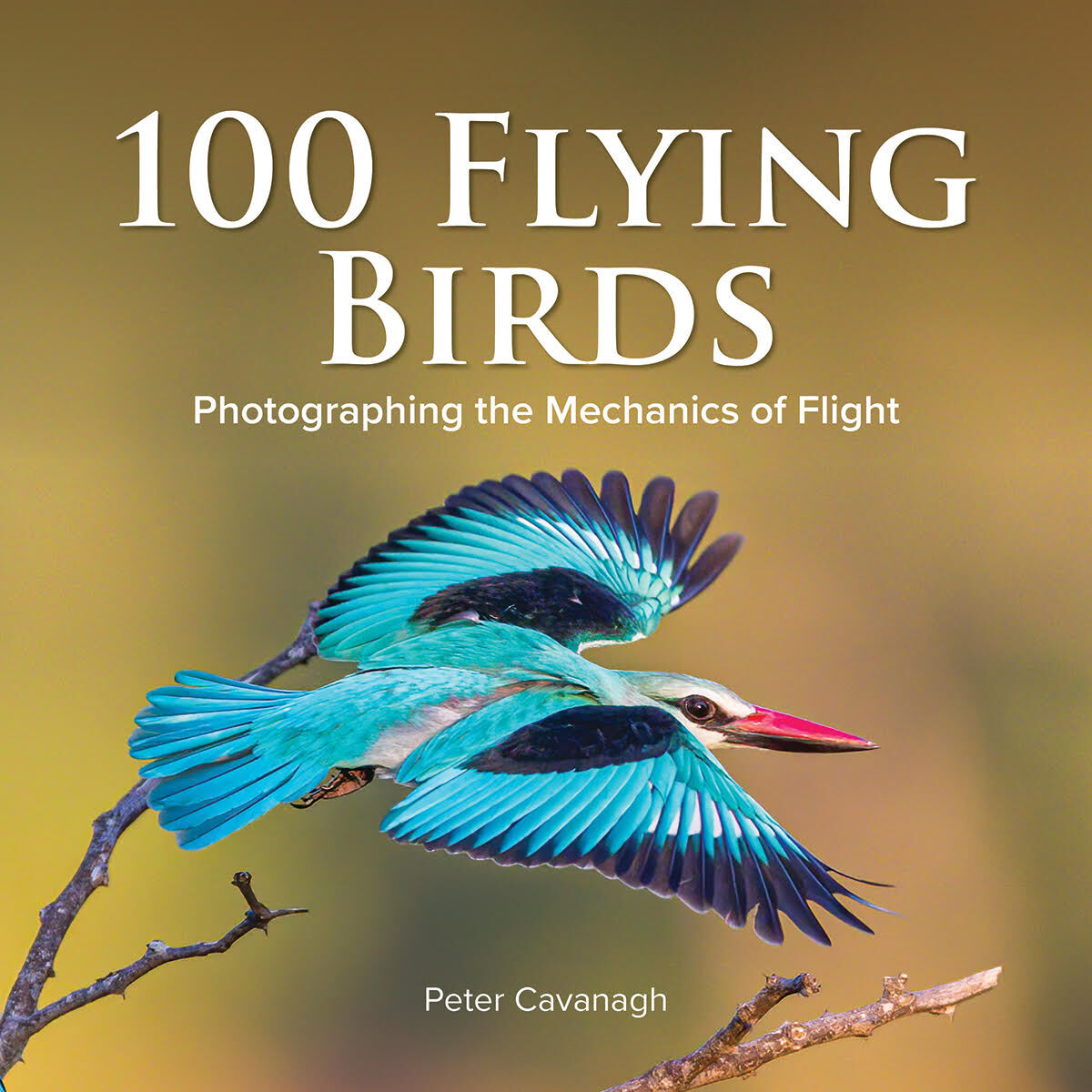 "100 Flying Birds: Photographing the Mechanics of Flight" by Peter Cavanagh

Every page of Peter Cavanagh's "100 Flying Birds: Photographing the Mechanics of Flight," from the preface, where the author begins with “Flight is the essence of bird life. Flying has allowed birds to thrive through cycles of environmental and climatic change since they evolved from dinosaurs about 140 million years ago,” to the ending acknowledgements is a delight for the bird enthusiast regardless of whether or not they are an active or living-room birder. It's a must read, especially for anyone thrilled by the sight of feathered flight.

And, this book is for more than just birders. While bird people will enjoy the photographs and facts, travelers will gobble up the tales of distant parts, and photographers will absorb the technical details included.

"100 Flying Birds," is 320 pages with 120 full-page, full-color images of birds, accompanied by facing pages with a brief and often intriguing story; information on the species, including length, wingspan, weight, conservation status and population for the questioning reader. Camera settings are also included with Peter Cavanagh’s vivid images. He shares the challenges of capturing the images, and describes the beauty of the various locations throughout the world. Each page urges the reader to wonder what beauty is on the next page.

When I first opened the book, I happened to open to a Sandwich Tern (found on page 76) and the full-page image of what I thought to be a tern flying upside down, doing barrel roll. Reading the text I found, “However, a closer examination reveals that the wings are in the usual position and the maneuver is, in fact, a momentary 180-degreeb neck swivel.”

Cavanagh goes on to describe how the tern got its name “Sandwich.” I thought it might have something to do with Sandwich on Cape Cod. How wrong I was! As I read on, I learned that British ornithologist John Latham described in 1787 that the tern was generally seen in the neighborhood of Romney, England, about the 17th of April, and Romney was just southwest of the town of Sandwich in Kent, England, hence its name but it [also] happens to have a worldwide distribution, and our photographer and author encountered this bird “during a late morning walk along Sanibel Island’s idyllic Bowman’s Beach in Florida. This beach is a frenzy of gulls and terns, most of whom are quite accustomed to human passersby.” Something to remember! In explaining how he took the image, he writes, “The lens I was using is very fast (meaning it has a large maximum aperture of f/2.8), which allows fast shutter speeds (like the 1/8000 of a second used here) and low ISO settings.”

Familiar species will be found in his collection of birds, which includes an assortment of birds from around the world, with many songbirds we know like the American goldfinch, European starling, red-winged blackbird, white-crowned sparrow, cedar waxwing, and more. The contents also include eagles, hummingbirds, gulls and terns, both small and large waterbirds, ducks, geese and swans, raptors, condors and corvids, cranes, songbirds (as mentioned), and favorites, as he explains his own favorites discussing architects, musicians and artists. A good example is, presuming that “Claude Monet updated his favorite paintings of the Houses of Parliament as each of the 19 variants emerged and as the astonishing series of 250 water lilies unfurled over a 30-year period.” He continues by alluding to some of his own favorite birds in this edition, such as the Atlantic puffin (also one of mine), glossy ibis, wandering albatross, and northern gannets.

THE AUTHOR/PHOTOGRAPHER, IN BRIEF

Born in Wolverhampton, England, and raised in the U.K., Peter currently resides in San Juan Islands, Washington. His migration to the photography and study of bird flight evolved from his study of flight aerodynamics for aircraft pilot qualifications; his professional training in anatomy, biomechanics, and high-speed photography; and his love of nature and the outdoors. Peter's images have been included in the Audubon Society's Top 100 Bird Photographs of the Year. He is a member of the North American Nature Photographers Association, and he has guest-curated the exhibit "How Birds Fly" at the Seattle Museum of Flight. An additional note on the author: Peter has conducted NASA-sponsored research related to astronaut bone loss in space for more than 25 years and in 2015, Cavanagh was awarded the NASA Distinguished Public Service Medal. This is the highest civilian award given by NASA, some previous award winners include astrophysicists Carl Sagan (1977), Neil deGrasse Tyson (2004) and Angioletta Coradini (2014), Apollo astronaut Harrison Schmitt (1982), and Canadian astronaut Chris Hatfield (2014).

Of the many dozens of bird books that I have read, skimmed, purchased or borrowed over 60 or so years, no one has inspired me more than Peter Cavanagh and his "100 Flying Birds."