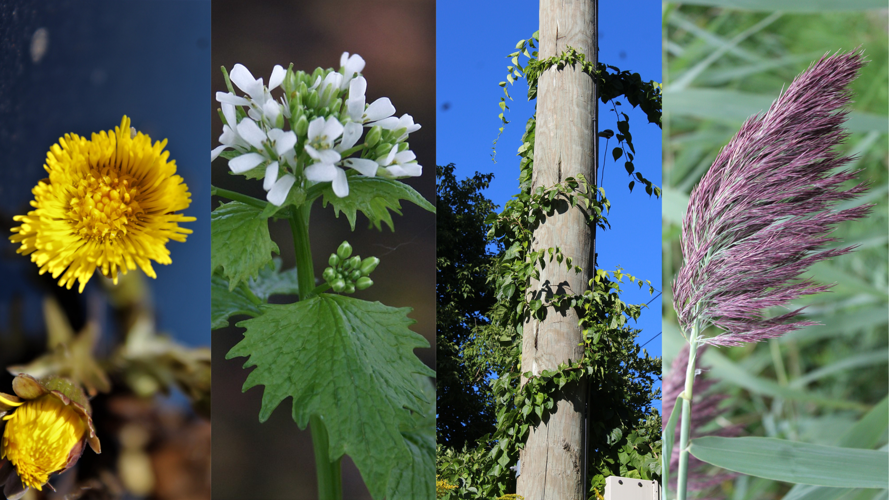 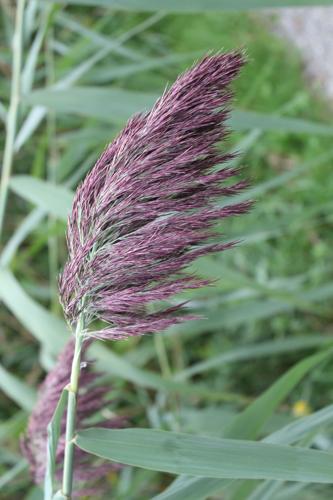 Phragmites is taking over shorelines and wetlands. 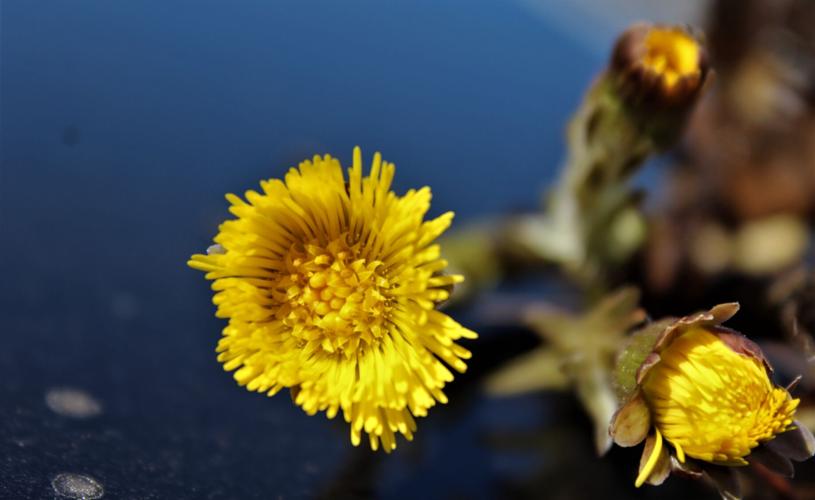 Coltsfoot one of the earliest flowers to blossom in The Berkshires. 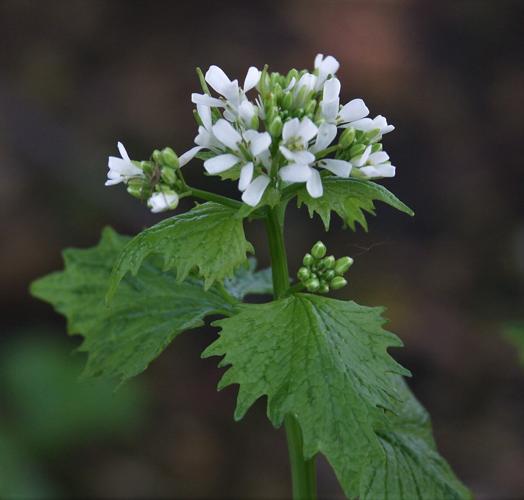 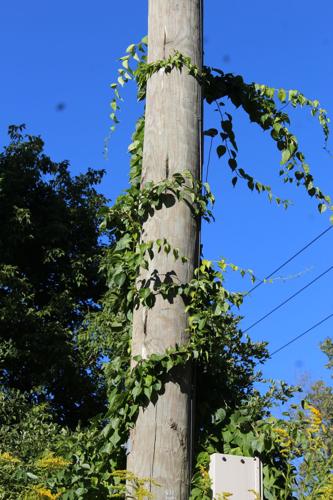 Oriental bittersweet not only kills living trees by strangulation will climb posts and poles.

Until we know the value of our native plants, how can we be expected to care much about the damage caused by invasive non-native species?

Until we actually see a stately 50-year-old tree strangled by oriental bittersweet, will we ever understand that we are partially to blame for its march across the country; that we can't blame it entirely on birds? (Especially if we gathered it in the autumn to bring home for fall or winter decorations, only to toss it outside when no longer wanted.) Food for the birds and animals we say. Exactly. We may have transported it 40 miles to "ground zero" and from there birds and small rodents spread it all about. Farfetched? I recall some years ago before it became widespread, oriental bittersweet growth along the east side of Route 7 in Great Barrington near Monument Mountain. Folks would gather it to take to Lenox, Pittsfield, and points north, east, and west. It chokes.

No, that cardinal in the window isn't spying on you. It thinks its reflection is an intruding cardinal

Just as the early Pilgrims brought "flannel leaf" or "felt-wort" with them from the Old World (Europe) to their New England and Virginia gardens and brought it along as they pushed westward across the Alleghenies to Ohio and eventually all the way to the Great Plains and beyond. Today, we call the plant common mullein and it continues its march.

Common mullein, also known as wooly mullein, has been used in traditional medicine for at least 2,000 years. It makes a flavorful tea, which I have yet to look into. Brought over from Europe by early settlers in the 1700s, it reached the Pacific Coast by 1876. It was used as a medicinal herb and confuses me as it also has been used as an insecticide, and fish poison. Today, this invasive is found throughout North America. It takes several years to produce yellow flowers on tall stalks 5- to 10-feet in height, often in dry pastures, open forests, railroad tracks, gravel beds, and the barren borders of parking lots and the like. The blueish gray-green feltlike leaves are larger toward the base of the plant. Anyone wanting to eradicate the plant should know the seeds may lay dormant in the soil for 10 or more years.

Another plant that has received our help in more recent years is autumn olive, a shrub touted for wildlife planting as well as screening, especially between homes and highways. Unfortunately, after government agencies and university extension services proclaimed its virtues and municipalities, homeowners and conservation clubs planted it, we discovered it rapidly spread on its own — to nearby fields and hillsides, crowding out diverse natives. It is true that birds eagerly eat its fruits, spreading seeds even further afield. Today, established stands of this invasive require a combination of pulling, cutting, and herbicides, although I do not suggest the latter method.

Like the next invasive promoted as a "living fence," multiflora rose is now known to create impenetrable thorny undergrowth that requires mechanical pulling and herbicides to stop its progression. (I shudder every time I type the word herbicide, incidentally.) It expands through seed and especially, its root system.

I now know the "wild bamboo" of my youth — called this because of its hollow bamboo-like stems — is Japanese knotweed, and that wherever it grows, it harms the habitat, especially along waterways, but also vacant lots, yards, and anywhere else it gets a footing. It easily spreads by underground rhizomes as well as pieces of broken-off stem. A minimum of four cuttings during the growing season will often eliminate the underground energy reserves of a stand. Continual mowing will eventually eradicate patches. Do not think pulling the plant up, even young ones, is a cure; older plants are spread by rhizomes up to 60 feet long! So digging is a less effective means of elimination.

The bright yellow flowers of coltsfoot will be appearing soon, prior to the emergence of any of its leaves. Sometimes its flower heads have even been known to pop through the snow. Its flowers are bright yellow, have ray florets with tongue-like pistillate flowers in many rows. Some think of them as tiny dandelions but the only thing they have in common other plants bearing yellow flowers is they are invasive weeds (although both have some redeeming features that we may get into in the feature) The leaves are grown following the flowers and are shaped like a colt’s foot or heart-shaped, smooth and close to waxy in appearance, while the underside is covered with white, wool-like hairs. They can grow up to nine inches. Never ingest or use this plant without proper consultation with a qualified health professional. According to many herbalists, coltsfoot leaves and flowers are recommended in the form of syrup or infusions to soothe the mentioned respiratory disorders.

Garlic mustard is another invasive “weed” introduced from Europe that is known to eradicate a widespread amount of native plants, including shrubs and many native wildflowers. Hand pulling before seeds are developed is a perfect way to eradicate but note that seeds may be viable for two to five years, so repeated eradication may be needed. Pulled plants should be bagged and disposed of with garbage, or burned, but not composted! The early leaves make a tasty addition to salads. Its flowers are small, white and have four petals. Its leaves are round and toothed. It quickly develops large patches.

Phragmites is a tall wetland grass also known as common reed, which grows up to 15 feet tall. As the season reaches midsummer it produces flower heads that grow silk-like plumes. This invasive grass produces dense walls as it spreads into all available space, killing native plants while expanding and reducing the value of valuable habitat for other wetland plants and wildlife. It finds any moist areas along it can grow in: along highways, in the margins of city streets, along farmland ditches. It is thought to have been introduced to North America from Europe and can grow in clear water as well as brackish water.

Though the reed spreads mostly through its rhizome root structure, its thick root system allows it to move quickly within its current space, overtaking other foliage in the area. The tenaciousness of its root structure makes it difficult to eradicate.

NatureWatch will continue its look at invasive plants in future columns with some surprising species, many of which are  probably in your own backyard.

MassWildlife has only confirmed 2 mountain lion reports in the last 30 years. Here's why reports are so tough to prove ...

Was that a mountain lion I saw on my walk in the forest? Does the scarlet pimpernel grow in the Berkshires? Can turkeys fly?  Columnist Thom Smith has the answers and more in this week's NatureWatch.

Garlic mustard is a tasty invasive species that can be eaten or just bagged up with the trash. Just don't let it go to seed!