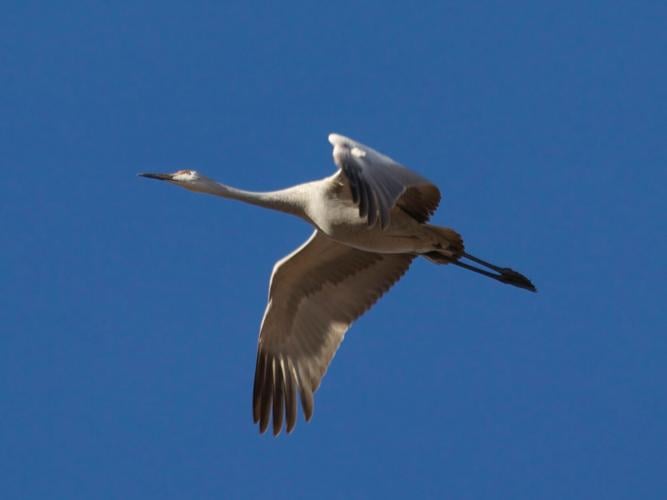 The odd habits of a young sandhill crane have a west Pittsfield resident concerned. But NatureWatch columnist Thom Smith wonders if its a case of mistaken identity. 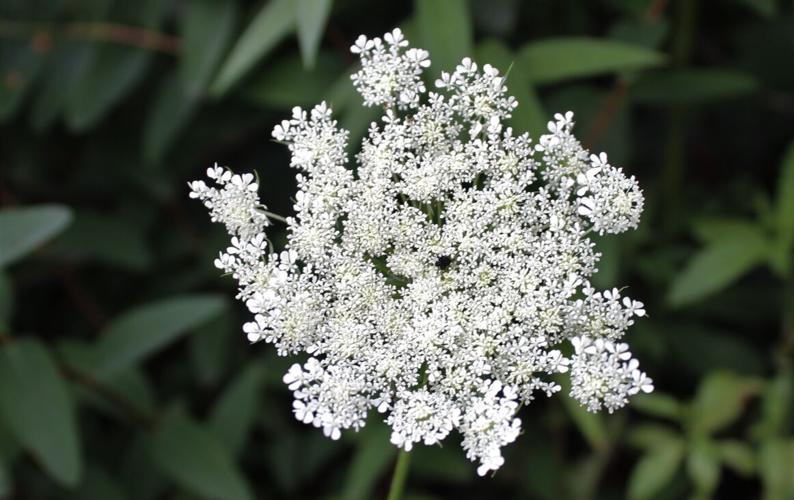 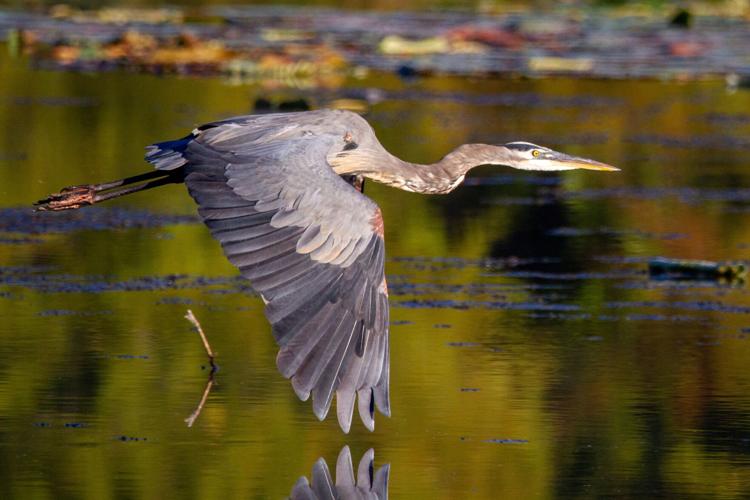 The great blue is 46 inches tall with a 72-inch wingspan. From afar, it could easily be mistaken for a sandhill crane.

Q: I thought for a minute that I was in Florida, as a young crane went for a stroll around the neighborhood and finally settled around our house all afternoon.

We live on Route 20 in west Pittsfield, with overgrown land in the back. Across the railroad tracks is a small pond but nothing bigger for this crane to enjoy. I have yet to see him fly; otherwise, I see him eat insects and butterflies. A few neighbors along Jones Avenue have also seen this crane.

This is the first in this neighborhood to see a crane, so we are concerned about the lack of water and predators in the land in the back.

Four days ago, I saw a very large bird with huge wings fly very low in our yard. It happened so fast that I am not sure if it was an adult crane or another bird. Coloring was grey with white on the bottom.

The next day, the young crane appeared. It certainly has been an exciting few days as we never know what to expect next.

A: I do hope that you are not confusing cranes with great blue herons, as these two birds, by size, are very similar. The great blue is 46 inches tall with a 72-inch wingspan. It has a yellowish or orange bill. The sandhill crane is stands 46 inches tall and has a 77-inch wingspread. The great blue has black and white on the head, while the sandhill has a red cap, white cheeks, and a black bill. Juvenile (first year) sandhills have a brown color; adults rust-stained plumage in summer.

Both are seen in fields, i.e., not always in the water.

Sandhill cranes now have the status of very rare resident, with breeding accomplished in southern Berkshire County, with sightings seen from time to time. Several years ago, I was invited to see one in late fall to Christmas Eve in Windsor. I was fortunate to take dozens of photographs of it.

Q: In a patch of everyday white Queen Annes-lace flowers with a couple of pink ones. Are pink blossoms typical?

A: While Queen Anne’s lace, also called wild carrot, usually is white; pinkish or purplish blossoms rarely occur. I don’t have an answer as to why this pernicious weed has these variations—introduced from Europe, making it another invasive, although one of beauty for all but farmers who may not see its splendor. A good question relating to this wildflower brought to our shores by early settlers from England relates to whether this flower is the cultivated carrot run wild or the wild plant cultivated to become a favorite in salads and on the dinner table.

A fun project with the youngsters:

Given a few days, You can have Queen Anne’s lace with solid red florets, or for that matter, purple, green, blue, even yellow. The secret is you can do it with a box of food coloring. Pick a small bouquet and place it in a vase of water with a concentration of the color you choose, and the next day, you will have that color Queen Anne’s lace bouquet. The strength of color relates to the amount of color added to the water. (This has little to do with the question.)

Q: When was the emerald ash borer first found in Berkshire County?

A: This destructive beetle was detected in Dalton on August 31, 2012, and was confirmed by federal officials on September 6, 2012.

Q: Is it possible to have two different kinds of hummingbirds here in Sheffield? As I expect, one has a red throat, and another has a very pale throat, which I guess is the female. But on and off, there is one that might be a male but it doesn’t have the red. What could it be?

A: I suspect that what you see from time to time is the male, even though the throat doesn’t appear to be red.

On the other hand, color of the hummingbird is not due to pigment but to crystalline structures that refract sunlight. Males need to be seen in the right light to see their ruby-red throat or gorget. Female ruby-throated hummingbirds of any age have a white throat that is sometimes marked with faint gray or buffy streaking. A good source on this subject may be found online at The University of Maine: extension.umaine.edu/publications/7152e/

Thom Smith: How Bentley Tuxedo, the puppy formerly known as Jay Z, came to live with The Smiths

When we saw "Jay Z," the only fault we found was his name. He was a slender, short hair tan puppy with a blackish-tipped tail that wagged every time he saw us looking at him. So we needed to look no more at the assortment of dogs offered for adoption.