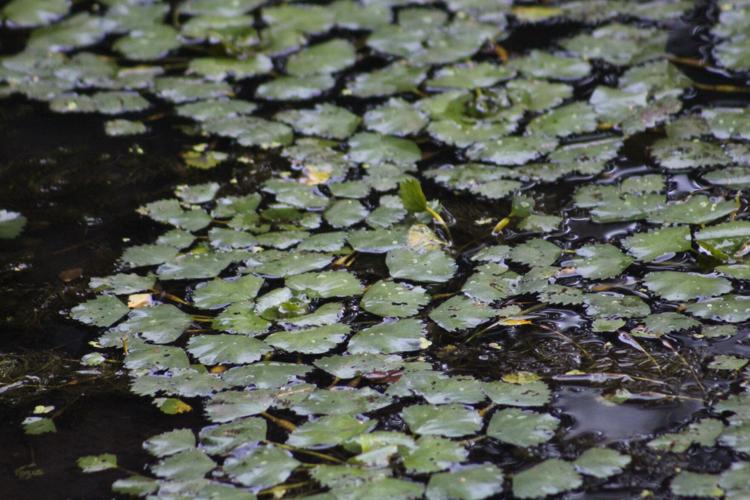 Water chestnuts take over a pond. 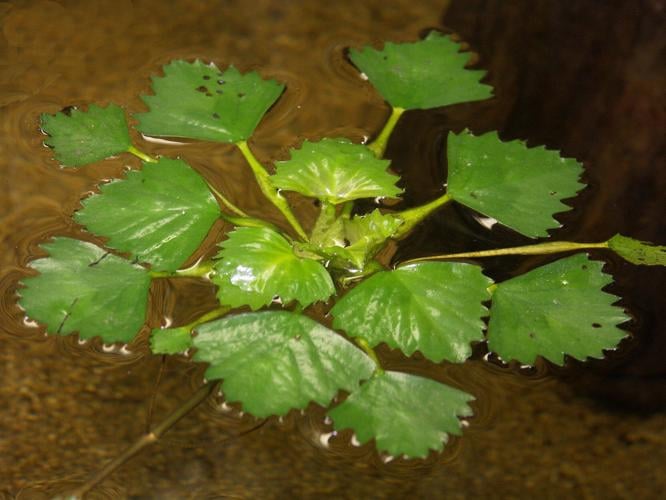 Water chestnuts take over a pond.

Q: There is an odd weed growing in lower ponds of Cheshire Reservoir that I notice is now covering entire parts of the southern pond that borders Summer Street in Lanesborough. I us Invasive water chestnut weed found in area lakes, ponds ed to kayak those places, but no more. I now go to the big pond and the one where the mill used to be. What is this plant or weed called?

A: Trapa natans, the water chestnut. For readers with Internet access, enter this address in your browser, and it should result in a web page with two videos on this invasive species: www.invasivespeciesinfo.gov/aquatics/waterchestnut.shtml

Trapa goes by various names, European water chestnut, water caltrop, water nut, horned water chestnut and bull nut. Regardless of what you call it, once it gets into a slow-moving shallow of water, including a pond, lake, river or oxbow, it is nearly impossible to remove entirely. Even in lakes like Pontoosuc (Town Brook) in Lanesborough, efforts to remove it for several years will still need watching and remediation for years to come.

Seeds can last for more than 10 years buried in sediment. And it may also be re-introduced by geese or watercraft. Geese have been seen with seed-bearing fruit, a large nut with four sharp spines, attached to feathers.

Water chestnut prefers nutrient-rich, slow-moving shallow waters, although it may have branching stems reaching as much as 16 feet. Its most prominent feature is a rosette of floating, fan-shaped, triangular leaves that, at a distance, somewhat resembles a bright water lily leaf, but upon closer inspection reveals its rosette of triangular leaves both on the surface and submerged.

The surface leaves have long stem-like petioles with inflated air bladders that keep the plant afloat. Flowering begins in mid to late July with "nuts," called caltrops, ripening about a month later, then detaching and sinking to the bottom. If conditions are correct, they may float to another area. Flowering and seed production may continue well into the autumn until frost kills the floating plants.

It can be pulled up if done so gently. Anyone doing this must bag or compost the plant(s), so they do not have an opportunity to return to the water. It is best to contact local fisheries officials with location rather than taking on removal.

When I was actively searching out this species in a kayak, I wrote an article in MassWildlife Magazine many years ago. I saw early invasions at Three Mile Pond in Sheffield, the middle basin at Hoosac Lake in Cheshire and now the lowest pond and well established at Pontoosuc Lake in Lanesborough and Onota Lake in Pittsfield, among others.

Water chestnut was introduced to North America at the botanical garden at Harvard University in 1877. The plant escaped cultivation and was (unofficially) distributed. It was found growing in the Charles River by 1879. The plant was then introduced into Collins Lake near Scotia, N.Y., (in the Hudson River-Mohawk River drainage basin) around 1884, probably intentionally, among other places.

This species is not the same as the water chestnut, which can be purchased at the supermarket and is used in Asian cooking, or the “Christmas” chestnut.

Q: A few weeks ago, on a very rainy Saturday morning around 7 a.m., I looked out my kitchen window and saw a rabbit sitting perfectly still on the lawn. It was not eating the grass, just looking straight ahead and not moving at all. I went back to look a half-hour later, and it was still sitting in the same spot, not moving, not eating, just staring. He continued to do this for almost an hour, and then a bird flew near, and he ran away. For an animal to sit in the rain like that, I thought, was so strange. What do you think was going on?

A: This is a question I cannot answer.

Q: Besides poisons, what can be done to reduce Japanese beetles on our shrubs? I heard of some powder. Do you know anything about that?

A: The quickest and sure-fire method is my wife Susan’s way. She wanders about the garden with a glass jar with soapy water and places it underneath the beetles, and “flicks” them into it. Every few days, she repeats her walkthrough. And to be on the safe side, I hang one or two Japanese beetle traps.

The powder you refer to is Milky Spore Powder and is target-specific (Japanese beetle grubs that would otherwise become adult beetles). It is safe around food crops, harmless to butterflies, birds, people and other mammals.

Once applied, Milky Spore must be ingested by the grubs as they feed. The more spores that are in the area, the greater the chance of infection. Once ingested, Milky Spore kills grubs within approximately three weeks and continues to propagate while Japanese beetle grubs are active.

Since the 1960s (if I am correct), I have not used it when Bartlett Hendricks, then science curator at The Berkshire Museum, enlisted my help in applying it to the museum's lawn in the spring.

Tim Z. of the town of Florida sent in an interesting perspective on bird feeding: https://www.popsci.com/science/wild-birds-dont-rely-on-feeders/

Q I I always read your column. I haven’t written with a question for some years, but I saw something I’ve never seen before. On June 29, I wen…

Funnel-shaped holes in your garden bed? They probably belong to doodlebugs — one of the most fascinating insect predators

Antlion larvae or "doodlebugs" are truly the most mesmerizing of insect predators. Like a spider, it will paralyze its potential meal by injecting poison. It then sucks out the nutritious juices and tosses away the empty carcass.