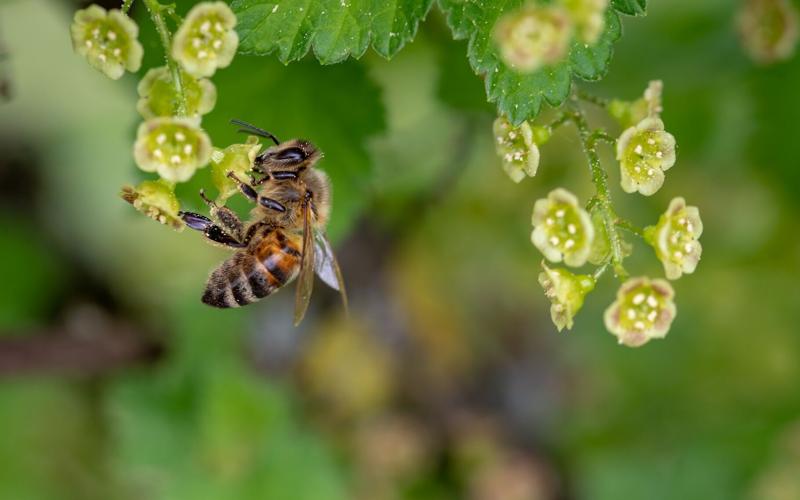 An integral part of any sustainable vegetable garden includes consideration of attracting beneficial insects, as outlined in "Sustainable Food Gardens" by Robert Kourik. 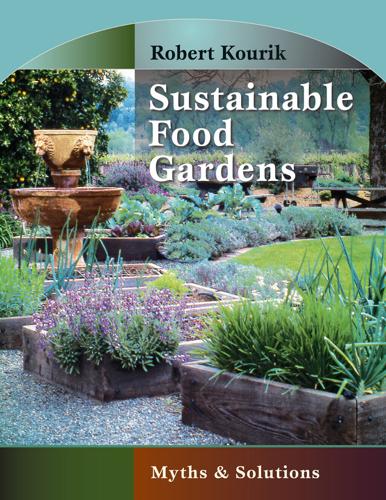 “Sustainable Food Gardens," Robert Kourik’s new book, is a must-have for those who want to raise their own food in an environmentally-friendly manner. “Myths & Solutions," its subtitle, is something Robert devotes plenty of text to exposing the former and proposing the latter.

I should at this point share the fact that I have been an admirer of Robert Kourik’s work for many years, and that I wrote the foreword to this book. I do not benefit financially from its sales, though I do intend to put it to work in my garden.

As the spouse of a scientist and someone trained to seek out evidence-based solutions, I am often frustrated by the gardening media, where opinions readily pass themselves off as facts and tradition commonly trumps science. Robert’s writings are refreshingly different in this regard. He’s a dogged researcher and an avid reader of horticultural journals and reports. He’s not afraid to contradict popular opinion, although he’s more interested in getting to the root of the issue (a special knowledge of plant roots, incidentally, and how their habits affect plant growth and maintenance is one of Robert’s accomplishments and the subject of a chapter in this book).

Robert has had his hands in the soil for a long time. He started one of the first organic landscape-maintenance companies in this country back in 1974 and he is still experimenting with new techniques and testing new methods. He was a personal friend, for example, of Bill Mollison, half of the Australian duo that founded the permaculture movement, and Robert shares insights that he learned from this sustainable gardening pioneer. Robert’s not slow, however, to depart from permaculture dogma when he finds it contradicting peer-reviewed horticultural studies or his own experience. Indeed, Robert devotes 25 pages to a largely positive critique of permaculture, suggesting, however, ways in which its teachings may be adjusted to better reflect the realities of American suburban gardening.

Did summer rains flood your garden? Instead of wringing your hands, roll up your sleeves and become a 'climate-wise' gardener

Robert doesn’t hesitate to call out his own mistakes as well. He devotes a full page of this book to decrying a list of “dynamic accumulators” he published in 1986. Dynamic accumulators are plants that will, through the action of their roots, bring into solution and concentrate in their tissues minerals from the soil, making them available ultimately to their less enterprising neighbors in the garden. Robert has since come to question the reliability of his sources for the original list, and though he still maintains the value of the concept, he includes lists in this present book based on more reliable research such as the meticulous work of the late James Duke, PhD, of the U.S. Department of Agriculture.

Sustainable Food Gardens is a remarkably comprehensive guide that will benefit both beginners and experienced gardeners alike, taking them from the details of “Nurturing the Soil” to “Attracting Beneficial Insects” and “Designing Sustainable Gardens." He has even included a chapter on “Sustainable Garden Play,” as there should be room in such a guide for ideas of how to create children’s games, as well as a recipe for persimmon margaritas (as well as many others, including “mocktails” for those who prefer their beverages and play to be alcohol free).

I don’t always agree with Robert. For example, he cites in this book the publications of professor Arthur Shapiro, of the University of California, Davis, which emphasize the beneficial role that introduced plants play in hosting butterflies and caterpillars in suburban California. This seems to me to be contradicted by the findings of ecologists such as Douglas Tallamy, PhD, of the University of Delaware, and Desirée Narango, PhD, of the University of Massachusetts — Amherst. I respect the fact, though, that Robert is not expressing a personal opinion but rather the peer-reviewed results of legitimate research. I would love to listen in on a debate between the respective scientists.

As a paperback book priced at $69.95, this might seem a costly purchase, but I believe its 462 information-packed pages make it a bargain. If nothing else, Chapter 8, “Free Fertilizers,” will quickly save you back the cover price and more, while putting your gardening on a more sustainable, more environmentally friendly path. I highly recommend this book for any gardeners’ winter reading.

To listen to a conversation with Robert Kourik, log onto the Berkshire Botanical Garden’s Growing Greener podcast at thomaschristophergardens.com.

Thomas Christopher is a volunteer at Berkshire Botanical Garden and is the author or co-author of more than a dozen books. His companion broadcast to this column, Growing Greener, streams on WESUFM.org, Pacifica Radio and NPR and is available at his website, thomaschristophergardens.com/podcast.

Recently, I discovered a powerful tool for scrutinizing the landscape, thanks to poet Susan Brearley. She has been teaching workshops in haiku writing at one of my favorite gardens, Innisfree in Millbrook, N.Y.