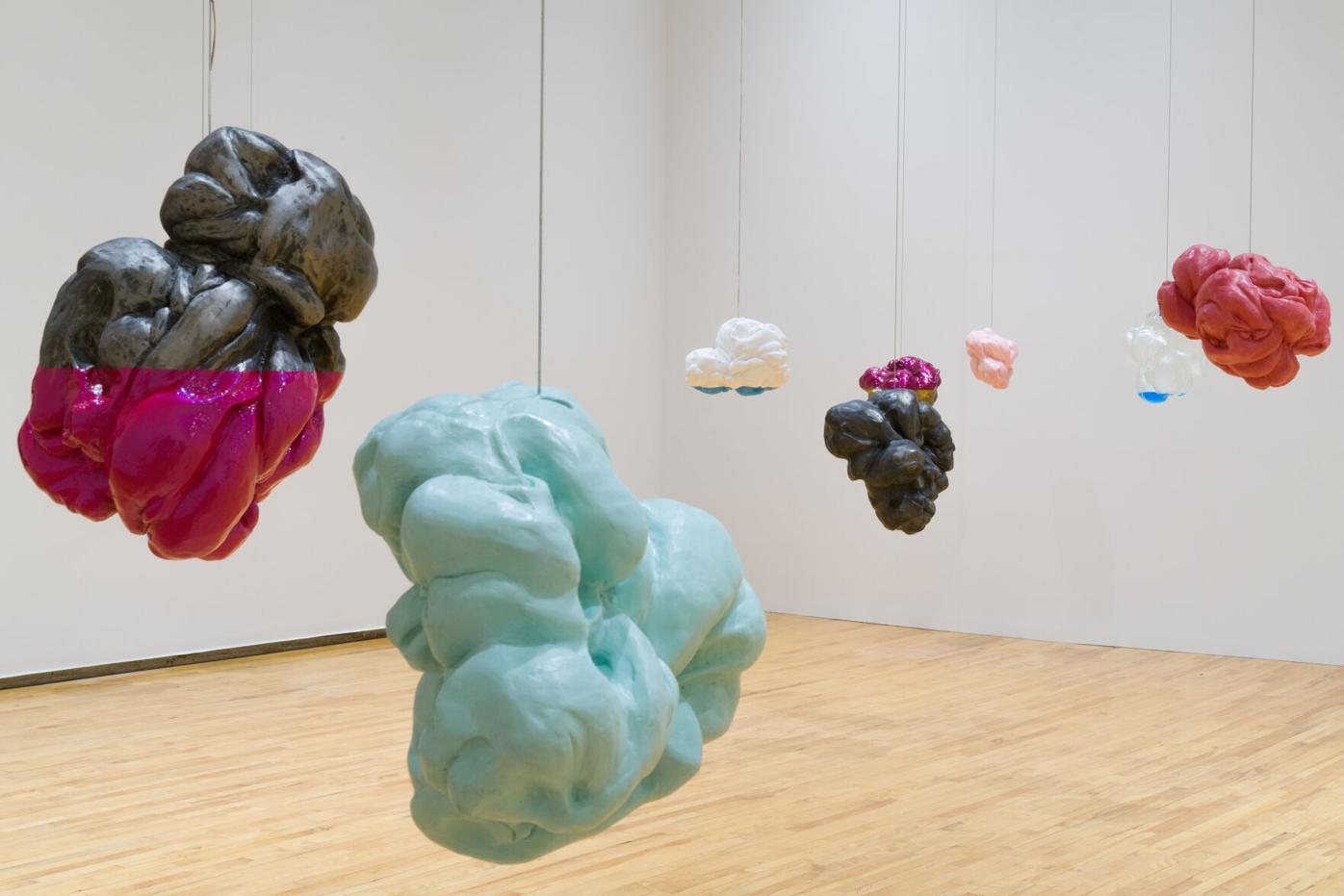 Kim Faler’s exhibit at Mass MoCA “Double Bubble” has gained some national recognition, even during the pandemic. 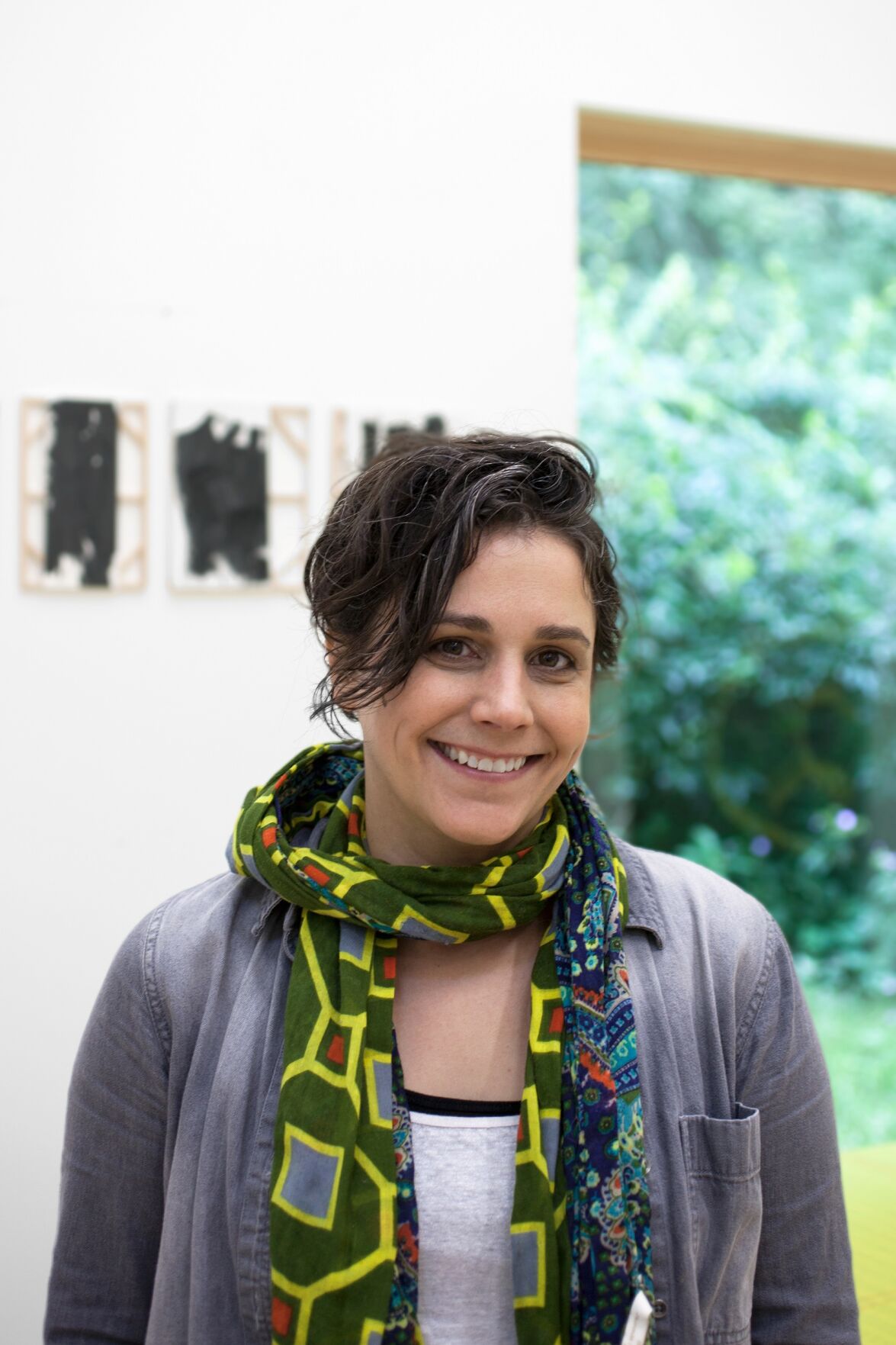 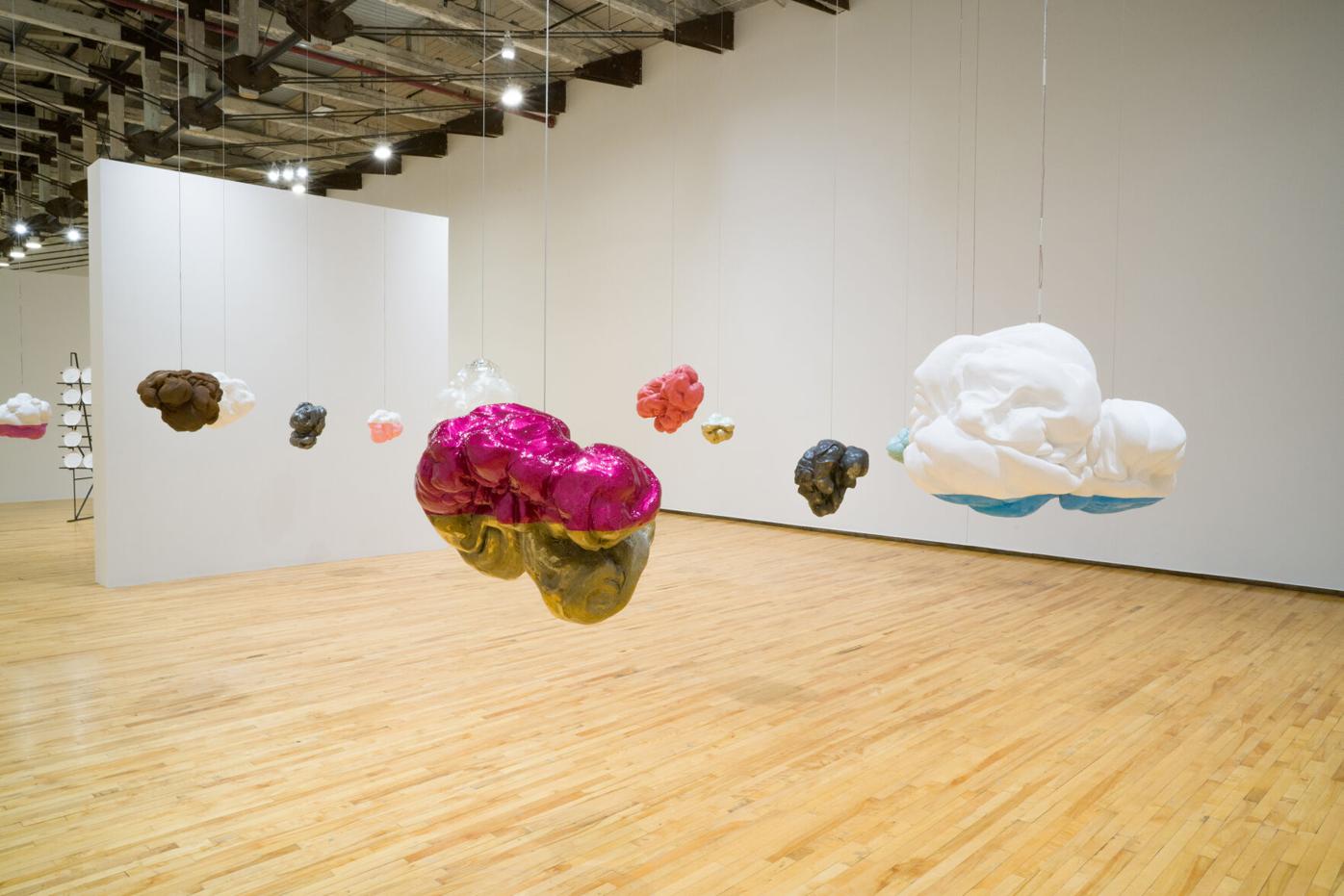 Kim Faler’s exhibit at Mass MoCA “Double Bubble” has gained some national recognition, even during the pandemic.

Large-scale wads of chewing gum, painted in bright hues and sculpted from iron, brass, gypsum and wax hang at eye-level in a second floor gallery at the Massachusetts Museum of Contemporary Art.

The installation, “Double Bubble,” by sculptor Kim Faler, of North Adams, has caught the attention of many visitors to the museum, with photos appearing in the New York Times and most recently on Katie Couric’s Instagram feed.

“It’s amazing,” she said of the coverage, and specifically, her work appearing in the New York Times, during a recent phone interview. “The last few months have been good, considering we’re in the middle of a pandemic.”

Rewind to March, when a state mandate shuttered museums and Faler wasn’t optimistic about the upcoming art seasons. A new group show, “Kissing Through A Curtain” at Mass MoCA was just days away from opening when the order came. As one of the artists in the show, she had no idea when or if, the show would open.

Months passed and then, Mass MoCA, along with the Clark Art Institute and the Norman Rockwell Museum reopened in July. That’s when a photo of a woman walking through Faler’s installation, “Double Bubble” appeared in the New York Times.

“It was Leslie [Ferrin] who first told me about it. I was like, ‘what are you talking about?’ I just couldn’t believe it,” Faler said.

But the show at Mass MoCA wasn’t the only piece to catch the attention of national publications.

Her piece, “Cope and Drag,” part of a group show at Able Barker Contemporary in Portland, Maine, was reviewed by Forbes in September.

When she traveled to Portland, Maine, in August, to install “Cope and Drag,” it was the first time she had left Massachusetts since the pandemic arrived in the United States and she was a little more optimistic.

“At the time, I thought, hopefully someone will be able to see this,” she said, of the show that was reviewed by Forbes. “It’s a very different body of work than ‘Double Bubble.’”

Originally shown at the Saint Kate, a boutique art hotel in Milwaukee, as part of a larger site specific installation, the sculpture is made up of reclaimed wood, wooden frames, brightly-colored paint and neon rope.

Faler, who received her bachelor’s degree from Ohio Wesleyan University and her master’s of fine arts from the Cranbrook Academy of Art, spent a year traveling and studying in Brazil on a Fulbright scholarship before settling in North Adams.

“Before grad school, I was living in Boston and always liked this part of the state. After Brazil, I needed a space of my own. Mass MoCA was always a magnet for me. I only intended to stay a month or two. Then life happened. I met my husband. We had our daughter. I built a studio,” she said. “I always say that North Adams is the only small city I could live in.”

Faler recently took the time to answer a few of our questions.

1. You’re a sculptor, but also draw, paint, take photographs, do video and installation work. How does sculpture impact the rest of your practice?

I am very much a sculptor — a stubborn one. All of my work stems from a sculptural eye, considering the scale, form, material and relationship to the body. My investigations into other media, such as photography or installation, begin with curiosity and usually a small question, like: “What’s inside this action or experience?” It’s often more than it appears. My recent installation, “Cope and Drag,” has taken the detritus of the studio and given it a monumental feel in scale. A series of frames, both canvas stretchers and frames to support a wall, are stacked on top of one another to create the casual piles that are often seen in the studio. A citric green is then applied on top of the structures to seal all of the wooden forms into one distinct form. A glass neon rope is then draped over the pile to bounce the viewer in and out of the fictitious space.

I suppose it’s similar to “Double Bubble” in that regard; allowing the small details of life to become the focus.

2. One critic said of your work, “Kim Faler zooms in on ordinary minutiae, making space around the often ignored low-level buzz of managing life.” What role does the everyday object — everyday ephemera — play in your work? How does it inform your practice?

I strongly believe that there is magic in the detail of our lives, that gets buried within our memories, routines and emotions. My work unpacks these ideas in hope of finding value and further understanding the slippery notion of time. The ephemera that surrounds us, such as the to-do lists, the stacks of magazines, or a banana peel, all begin with a function, but quickly take hold of our emotional states in a very passive way. This is what interested me. What can these objects say about each of us, that we often aren’t able to put into words ourselves?

3. You’ve said that your focus isn’t the objects, but the emotional connections; the attachments tied to them. How do you pick an emotion/object? Such as the pairing of gum and anxiety in ‘Double Bubble’?

Yes, the emotion and the object must compliment and compound one another for it to hold its resonance. The gum/anxiety relationship was first developed in 2016 working on “Sonder” — a collection of electroplated grapevines, that were provisionally held together with what appeared to be gum. I was first thinking about gum’s inherent adhesion qualities and the casual placement of gum, here or there, as a means to mark time or presence. After some time, I started thinking more about the habit of gum chewing and it’s function to quell our nerves or provide distraction. The intricate form also lent itself to illustrate the tension, something that is often only experienced, and not effectively articulated. It became very personal and I wanted to explore that idea more.

4. When you’re creating a piece, what’s the thought process that goes on? Are you focused on your personal experiences? The viewer’s experiences? A combination of both?

My own personal experience is in all the work, but it certainly doesn’t sit on the surface. I focus on the materials and consider how they can perform: what can they add to the work? With “Double Bubble,” I focused on how the material shift between similar forms can create a sort of magnetism, where the viewer is inherently attracted or repulsed by the same object. The embedded sound compounds this idea, and allows the viewer to bounce through the installation or become absorbed within its atmosphere. It’s important to me to create an experience with this piece, rather just an object.

5. What’s most important for you as an artist: the artistic process or the product? And why?

The relationship between art and life are very close for me. The process of making and learning with your hands, reveals more than I can control. There is knowledge there, and my studio practice tries to grasp that knowledge, and hopefully bring the viewer along for the ride. We all like surprises.

Will a 'return to normalcy' mean a return to environmental degradation?

Remember when Greta Thunberg was a household name?

When your social media feeds were filled with posts about plastic bag bans and being forced to use paper straws? Or, were filled with instructional videos on how to knit "koala mittens" and "joey pouches" for animals injured in the Australian bushfires?

Blane De St. Croix's "How To Move A Landscape" reminds us those issues haven't been resolved.