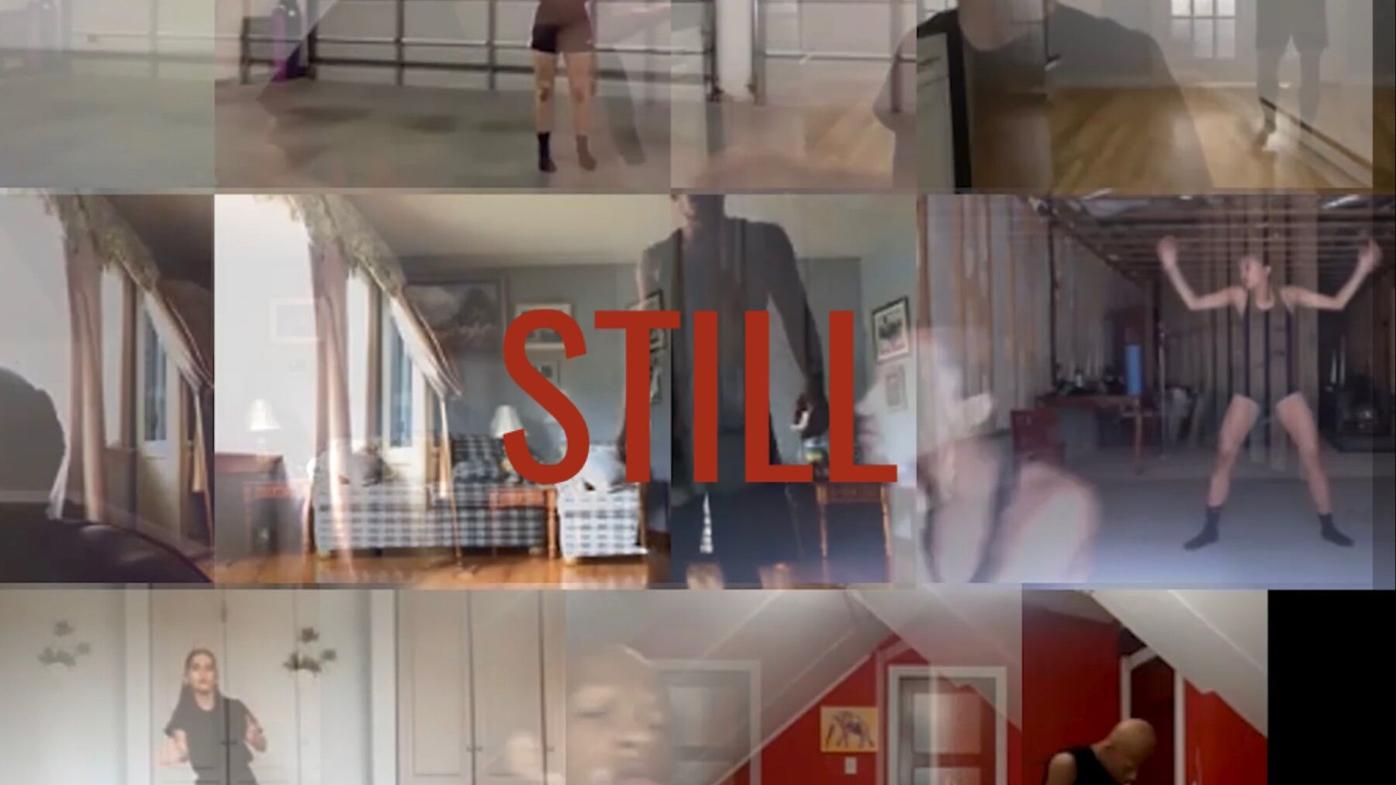 An image from the the dance film “Still,” inspired by the courage of the civil rights movement that was commissioned by Jacob’s Pillow’s Virtual Commission Program. 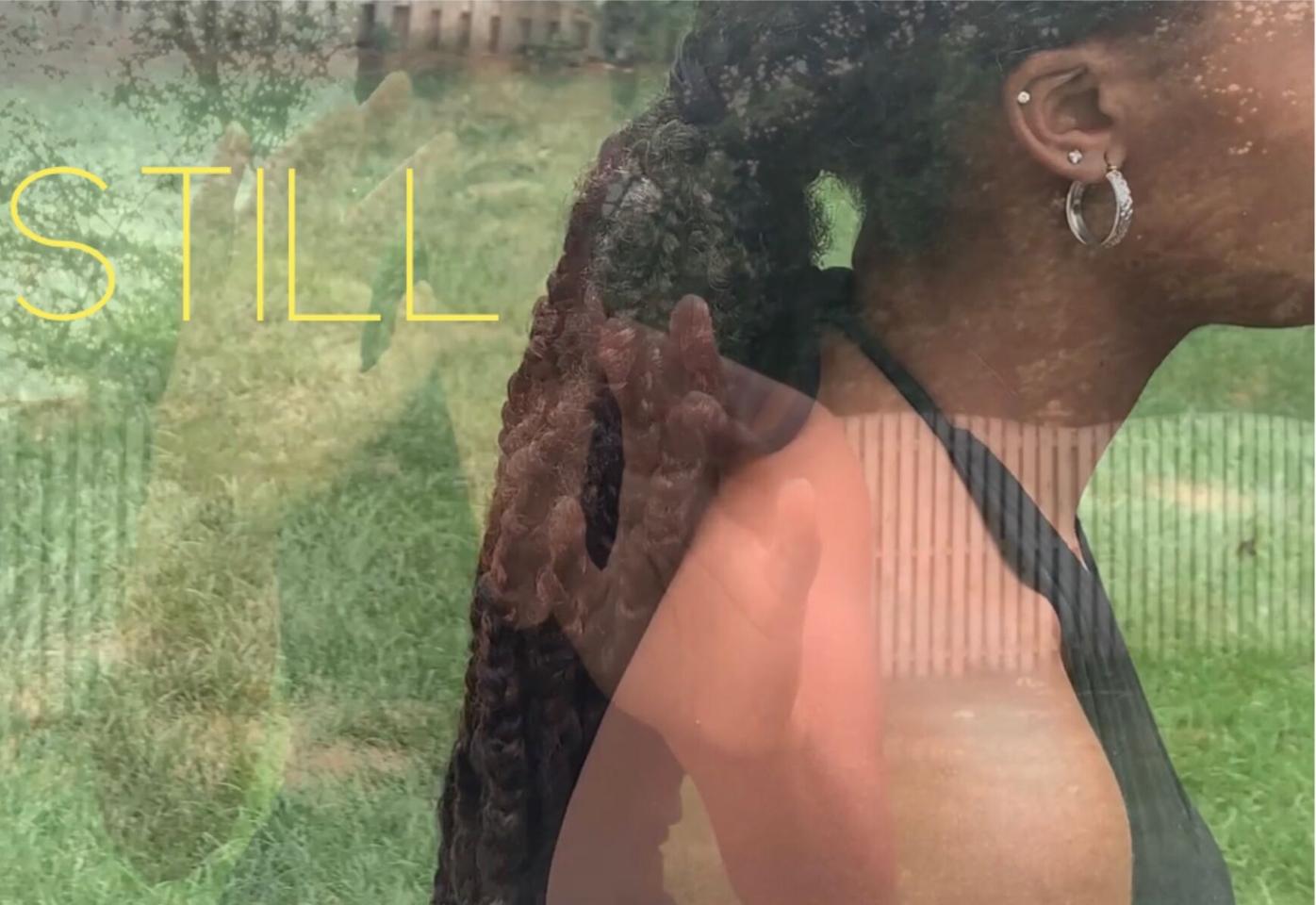 Nine dancers perform in the 5 1/2-minute film, available to watch on YouTube.

An image from the the dance film “Still,” inspired by the courage of the civil rights movement that was commissioned by Jacob’s Pillow’s Virtual Commission Program.

Nine dancers perform in the 5 1/2-minute film, available to watch on YouTube.

BECKET — For New York-based choreographer Francesca Harper, these days of the COVID-19 pandemic have been the worst of times and the best of times.

Hunkered down in her New York apartment, she has lost two big commissions — one in Europe; one in New York. Nonetheless, she’s been able to work on several collaborative projects remotely, chief among them an important commission from Jacob’s Pillow’s Virtual Commission Program.

It’s called “Still,” a virtual short performed by nine dancers from The School at Jacob’s Pillow; set to a lyrical solo piano score composed and performed by Arcoiris Sandoval; and edited and shaped into a haunting whole by Nel Shelby of Nel Shelby Productions. Shelby also has been Jacob’s Pillow’s video producer since 2004.

“Still” premiered on Jacob’s Pillow’s social media on Oct. 8 and now is available, free, on the Pillow’s YouTube channel, which can be accessed from the Pillow website — jacobspillow.org.

“Reflecting on an unprecedented time, in the center of a revolution within a quarantine, ‘Still’ is call to action,” Jacob’s Pillow says in its description of Harper’s work.

“Still” is a 5 1/2-minute visual and choreographic deconstruction of Martin Luther King Jr.’s historic “I Have a Dream” speech, which he delivered at the Lincoln Memorial on Aug. 28, 1963, during the March on Washington for Jobs and Freedom.

“Still” begins with nine red Zoom squares that eventually pop open, one by one, to reveal the young, seemingly questioning faces of the nine young dancers from the Virtual Contemporary Program at The School at Jacob’s Pillow.

One by one, the squares recede, disappear altogether into a darkness that then erupts into fuller screen images as the dancers, each in their own spaces reach out, reach within. Images overlap; dissolve, morph one into another. The dancers are separate, apart, compartmentalized and, at the same time, together, interwoven. Boundaries seem to fade as quickly as they appear.

Sandoval’s music — “soulful, ethereal,” Harper calls it — is joined, on occasion, by fragments from the speech — “the crooked places will be made straight;” “justice rolls down like waters, and righteousness like a mighty stream”; personal responses to portions of the speech. “Now is the time,” one male voice says, reflecting on a portion in which King talks about “the urgency of Now.”

It’s only fitting that the last sound in “Still” is the voice, albeit faint, of Dr. Martin Luther King, Jr. — “No, no, we are not satisfied, and we will not be satisfied until justice rolls down like waters, and righteousness like a mighty stream,” he says quoting from Amos.

“The story of ‘Still,’” Harper said, “is why does this keep happening?”

Harper not only brings an extensive career in dance to the table, she also is the daughter of a civil rights lawyer. In addition to running her own dance company, Francesca Harper Project, she has choreographed for Alvin Ailey American Dance Theater, Ailey II, and Dance Theater of Harlem, among others; performed on Broadway; was a principal artist with William Forsythe’s Ballet Frankfurt; and performed soloist roles with Dance Theater of Harlem.

“Still” is a collaborative effort, something Harper says she loves. As soon as she was offered the commission by Jacob’s Pillow’s executive director and artistic director, Pamela Tatge, Harper recruited Maleek Washington as her assistant choreographer; Sandoval for the music; and Shelby.

“[One of the reasons] Pam reached out to me was because [while] I had worked in film, I’m not a real filmmaker, so I asked Pam if I could work with Nel,” Harper said.

“Pam Tatge called me up and asked if I would collaborate with Francesca Harper on this virtual film with the students,” Shelby said via email. “I have worked with Francesca so, of course, I said yes.”

Harper spent a week teaching her dancers their moves via Zoom. She encouraged their input along the way.

“I always learn from others,” she said, a quality she said she picked up working with Forsythe who, she said, often encouraged his dancers to inject their own ideas.

At times, Harper said, she acted more as a guide for her dancers. The telling hand gestures that are a signature of “Still;” choices of spoken word fragments from MLK’s speech are the inventions of the dancers, fragments, Harper said, that relate to their own lives. “Often,” Harper said, “the ideas were happy accidents.”

“For about five days, I joined Francesca, the dancers and Maleek along with my editor Ashli Bickford for one hour a day,” Shelby said. “We would watch the dance phrases they came up with, we would watch what they filmed of themselves. I would talk to them about framing, lighting, their space. Ashli and I listened to the dancers and to Francesca connecting with the vision.”

The dancers filmed themselves using their own cell phones. Filming began on a Monday.

“By Thursday,” Harper said, “we felt we had enough footage.”

She turned the footage over to Shelby who, Harper said, “gave us all a tutorial on how to make a film.”

“Francesca is pretty amazing and taught herself how to edit, so she created a rough cut, which guided the editing process,” Shelby said. “Ashli and I refined the edit and helped to bring Francesca’s vision out through the editing. We wanted to make sure each dancer was represented.”

Harper describes the finished work as “pointed, intense and deep.”

With “Still” completed, Harper is not resting. She is working on a project for the University of Southern California (USC) that premieres in November; and another for Princeton University that will premiere in December. And, she said, she is starting work on a new piece of her own.

Clearly, despite the turmoil that surrounds us all, for Harper these are the best of times.

“There is so much to live for,” she said. “I have no complaints.”