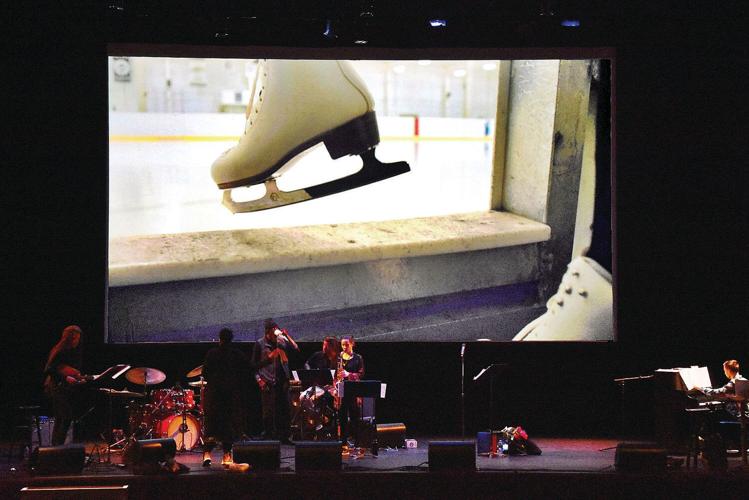 The story of two figure skaters in the 1988 Calgary Winter Olympics battling for the Olympic Gold has inspired mezzo-soprano and former figure skater Alicia Hall Moran to create an alt-opera, "Breaking Ice: The Battle of the Carmens," which she's been working on with the New York jazz trio "Harriet Tubman," during a residency at Mass MoCA. The work-in-development will be performed Saturday in Mass MoCA's Hunter Center. 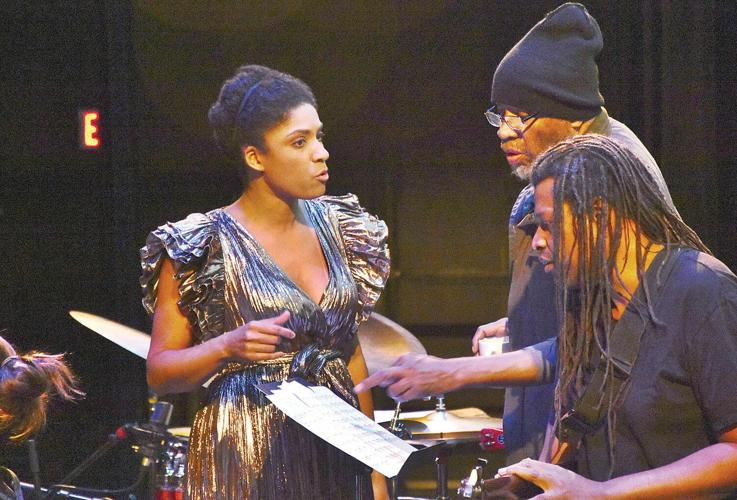 The story of two figure skaters in the 1988 Calgary Winter Olympics battling for the Olympic Gold has inspired mezzo-soprano and former figure skater Alicia Hall Moran to create an alt-opera, "Breaking Ice: The Battle of the Carmens," which she's been working on with the New York jazz trio "Harriet Tubman," during a residency at Mass MoCA. The work-in-development will be performed Saturday in Mass MoCA's Hunter Center.

NORTH ADAMS — For part of the 1988 Winter Olympics in Calgary, Canada, an opera took center stage.

"[It's] like showing up to the prom in the same dress as the cheerleading captain if you're the cheerleading co-captain. It's bad, bad, bad," mezzo-soprano and adolescent figure skater Alicia Hall Moran said during a recent telephone interview.

"The Battle of the Carmens" quickly became media fodder. The competition, however, failed to match the hype. While Witt took gold, Thomas struggled down the stretch and settled for bronze. It was the first medal awarded to an African-American in Winter Games history.

The event's impact on Moran, who was studying classical voice and figure skating as a teen living in Stamford, Conn., at the time, was substantial.

"I do both these things," she recalled thinking of opera and skating. "And I'm black. And they're all happening at the same time. I feel very identified in that moment, and I really looked like Debi Thomas, too. I had the same hairstyle."

That resonance hasn't faded. On Saturday night, Moran will wrap up her week in residence at Mass MoCA by performing a work-in-progress alt-opera, "Breaking Ice: The Battle of the Carmens," with jazz trio Harriet Tubman, in the Hunter Center. The piece conveys Bizet's opera within the realm of the famous 1988 skating matchup. It debuted earlier this January on rinks at New York City's Bryant Park and Riverbank State Park as part of Prototype's "Out of Bounds" series of free performances in public spaces. Moran skated while singing amidst a crowd that wasn't just arts-goers.

"It was really just the natural sample of who goes to the ice rink in the middle of the day," she recalled.

Moran won't be installing any ice at Mass MoCA. But she will be displaying video art and documentation from her rink works during the show, allowing North Adams audience members to glimpse some of the unlikely New York City spectators.

"These people are awesome," she said of her fellow skaters. "So the chance to highlight them, in their form, which is just the people who show up to be cold and skate bad and have fun with their friends — there's so much of that represented in the films that we took. ...I really hope that people, if they already skate and come to this show, that they can see how cool they look. They are little pieces of art going around in these circles to music."

Moran will also use a couple of other tactics (she wasn't willing to reveal them publicly) to evoke the show's past settings.

Even if the surrounds aren't frosty, Moran's voice will provide plenty of chills. The show will feature songs off of her just-released album, "Here Today," a 16-track mix of original compositions and covers that includes a couple of appearances by her husband, acclaimed jazz pianist and composer Jason Moran. The New York Times' Giovanni Russonello reviewed the record's opening track (and a staple of the alt-opera), "Signed, Sealed, Delivered," saying, "Few could pull this off, and hardly anyone would try. But Alicia Hall Moran, an operatic mezzo-soprano, is irreverent and gutsy and well outside any box. Here she gives us a spurned and slow, minor-key rendition of Stevie Wonder's 'Signed, Sealed, Delivered,' singing with just a string trio behind her and interlacing it with passages of 'Habanera,' the famous aria from 'Carmen' about chasing an elusive love."

Engaging in the worlds of jazz, opera, art and theater (she played Bess in the touring production of "The Gershwins' Porgy and Bess"), Moran certainly defies labels. Yet, she feels her latest album has helped her finally forge an identity with her voice. Saturday night is another opportunity to solidify it.

"I couldn't be more happy," she said. "I've worked for 20 years to build this place that is somewhere right between classical voice and American realness, I guess. I've worked so hard. And Harriet Tubman is like this perfect foil for all of that vocalism because they have the amplitude, but they also have the love in the sound. "And that's what I'm going for: the grandiosity of opera with the complicating joy and misery of being a woman, of being black in America, of being an American at a really tricky time, of being a person who grew up with a lot in a time when a lot of people don't have a lot and a time when social responsibility is coming and knocking again for everyone. It's just kind of how to show up even inside my own music with my own authentic voice, and I had to invent that.

"... honestly, if I could've had a life just as an opera singer in the mold of a Kathy Battle, I would've done that. But that wasn't the career I was meant to have. It's not the voice that I have. And I have things to say that just couldn't have been said 200 years ago, when these beautiful songs were being written."