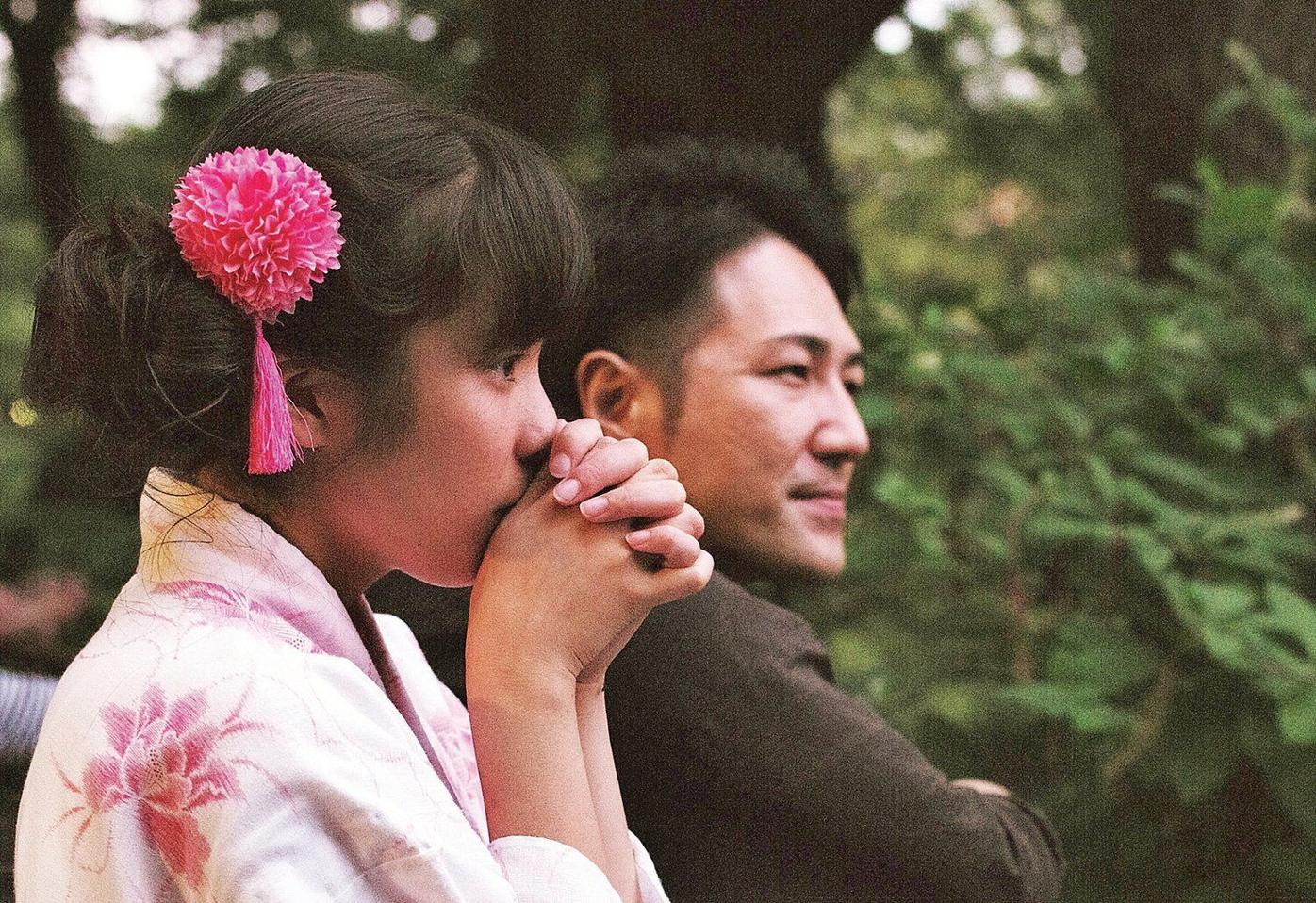 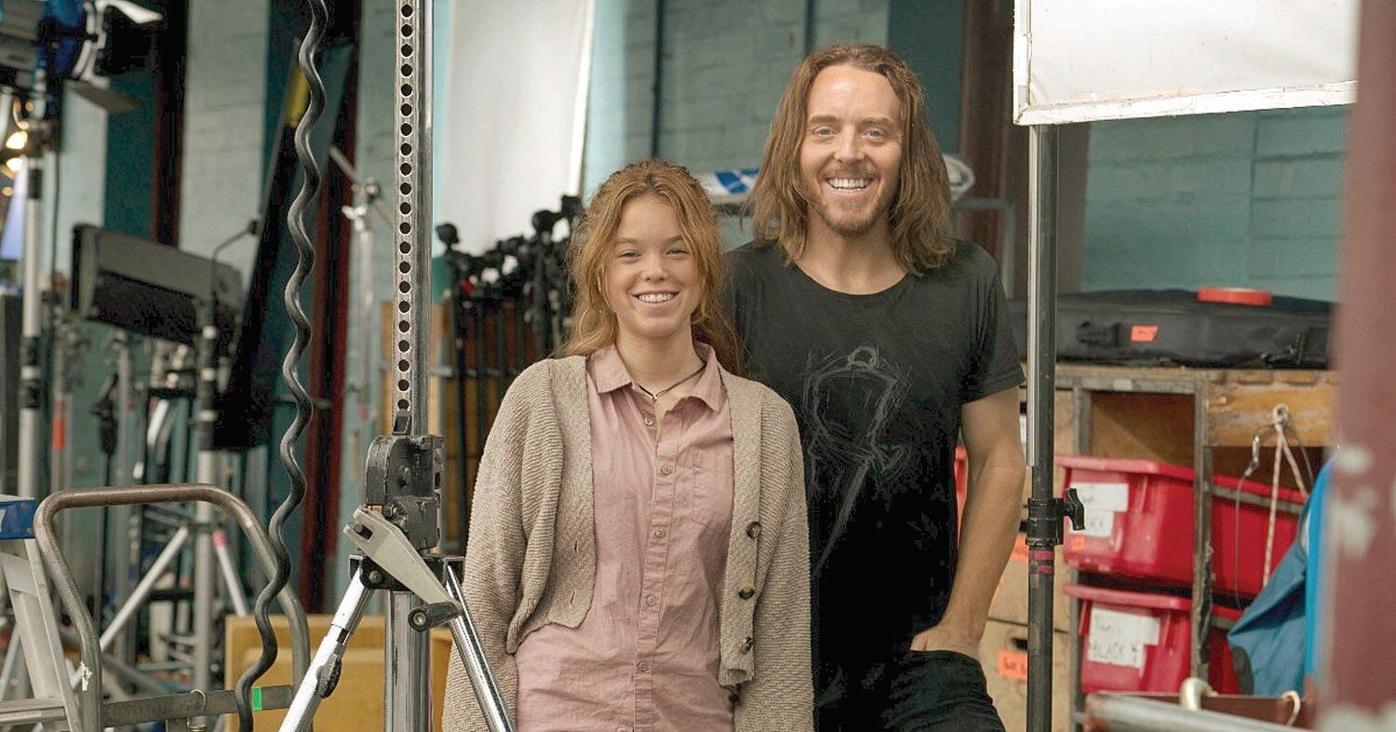 Tim Minchin and Milly Alcock behind the scenes at "Upright," now streaming on Sundance Now.

Tim Minchin and Milly Alcock behind the scenes at "Upright," now streaming on Sundance Now.

It's very rare a series creeps up on you anymore, and the term "unexpected gem" barely exists, thanks to constant marketing, but the Australian comedy-drama "Upright" reclaims that designation. It comes out of nowhere and it brings belly laughs mixed with delicate, loving humanity.

Lucky (Tim Minchin) is headed back home across Australia after an eight-year exile. His mother's battle with cancer is ending and he not only wants to see her before she passes, he also wants to bring something meaningful back with him — an upright piano. But Lucky's a complete mess and on the road, a car accident forces him to travel with feisty teenager Meg (Milly Alcock) who's already fleeing from something she won't talk about.

Neither seems likely to reach their destination without the other's help and at first, it's a volatile pairing with Meg blasting into Lucky in order to knock him down several pegs. As Lucky tries to come to terms with the chip on Meg's shoulder, he mulls over his own past in the form of flashbacks that reveal not only the reason for his familial exile, but the terrible behavior of his former self that caused his own pain. And during the soul-searching, the pair barrel through of series of often ill-considered and always obstructive road adventures, consistently disrupted by the people they meet and their irritating, sometimes dangerous, ways.

The barren landscape of Australia with its lonely highways provides the perfect backdrop for the two travel partners to spar with each other and, in doing so, strip away the armor they have built-in order to slowly reveal everything they have hidden behind their posturing. The land is what their souls are trying to achieve — no distractions, complete truth. It's through that clarity that they really make a connection and eventually do play vital roles in becoming each other's salvation and learning moment.

The two leads beautifully play the characters whether it's during one of their hilariously abusive arguments or yet another moment of panic or the point of complete emotional breakdown. "Upright" is a story of broken people lashing out to avenge their hurt but instead healing through the target of their unleashed anger. They each connect with someone who wants to hurtle down the same highway, each under the impression that they are imposing their pain on the other. Actually they're absorbing each other's burden, offering comfort and repair. It's a wacky road comedy and tender human drama smashed together seamlessly.

Herzog is best known in popular culture for the documentaries that have gained attention during this latter part of his career, but with "Family Romance LLC," the German director returns to the territory of fiction, but with techniques and craft that he honed during his documentary work.

Taking place in Japan and filmed almost on the fly, Herzog focuses on a company that provides fake relatives to the people who hire it out, inspired by a real phenomenon in the country known as the rent-a-family business. Japanese actor Ishii Yuichi plays himself as the head and main impersonator in a company that throughout the film provides various services for different people, but involves itself in one larger effort in which Yuichi impersonates young Mahiro's (Mahiro Tanimoto) father. Although the interaction can seem awkward, the connection between the two grows and the line begins to blur as to whether Yuichi acting the part of her father is really any different or at least any less meaningful than whatever could come from her real father.

Herzog takes a casual approach to structure and while the plot is there, it's held together by a lot of improvisation winding around it and then weaving through it. It feels so much like a documentary, in fact, if you entered into it without any prior knowledge other than Herzog's involvement, you would probably assume it was and encounter very little to dissuade you from this assumption.

"Family Romance LLC" is most directly addressing the idea of illusion by presenting Yuichi's business, and with Mahiro in particular, juxtaposing the illusion perpetuated by Yuichi in the role of her father against the one perpetuated by her real mother, who has hired Yuichi and created the illusory narrative within which he can easily enter. Are both wrong? Is one wrong and one right? If emotions are felt during an illusion, are the emotions real? Is the experience real if the emotions are? Herzog continues to be a deep thinker who foists these concepts on viewers in inventive ways.