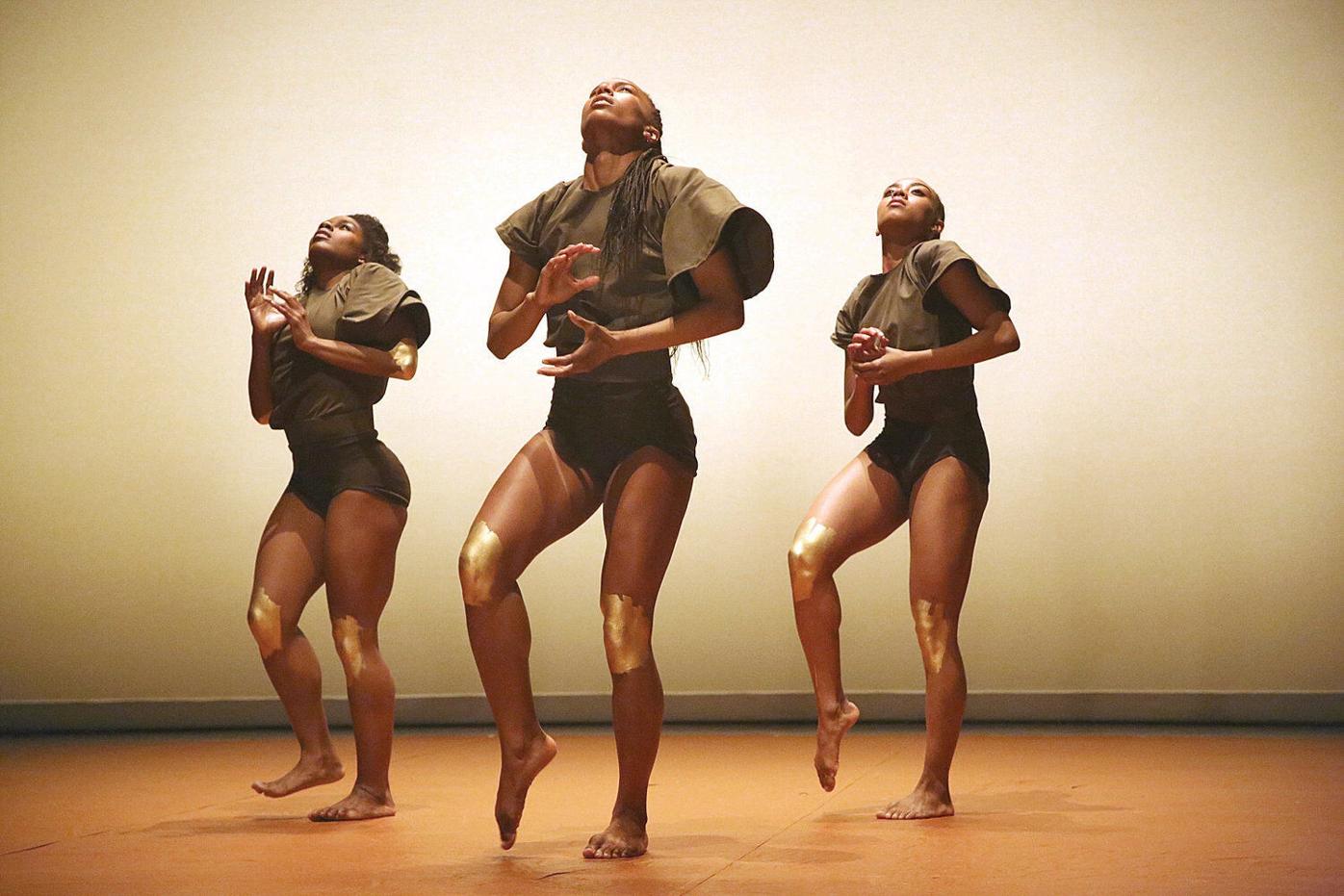 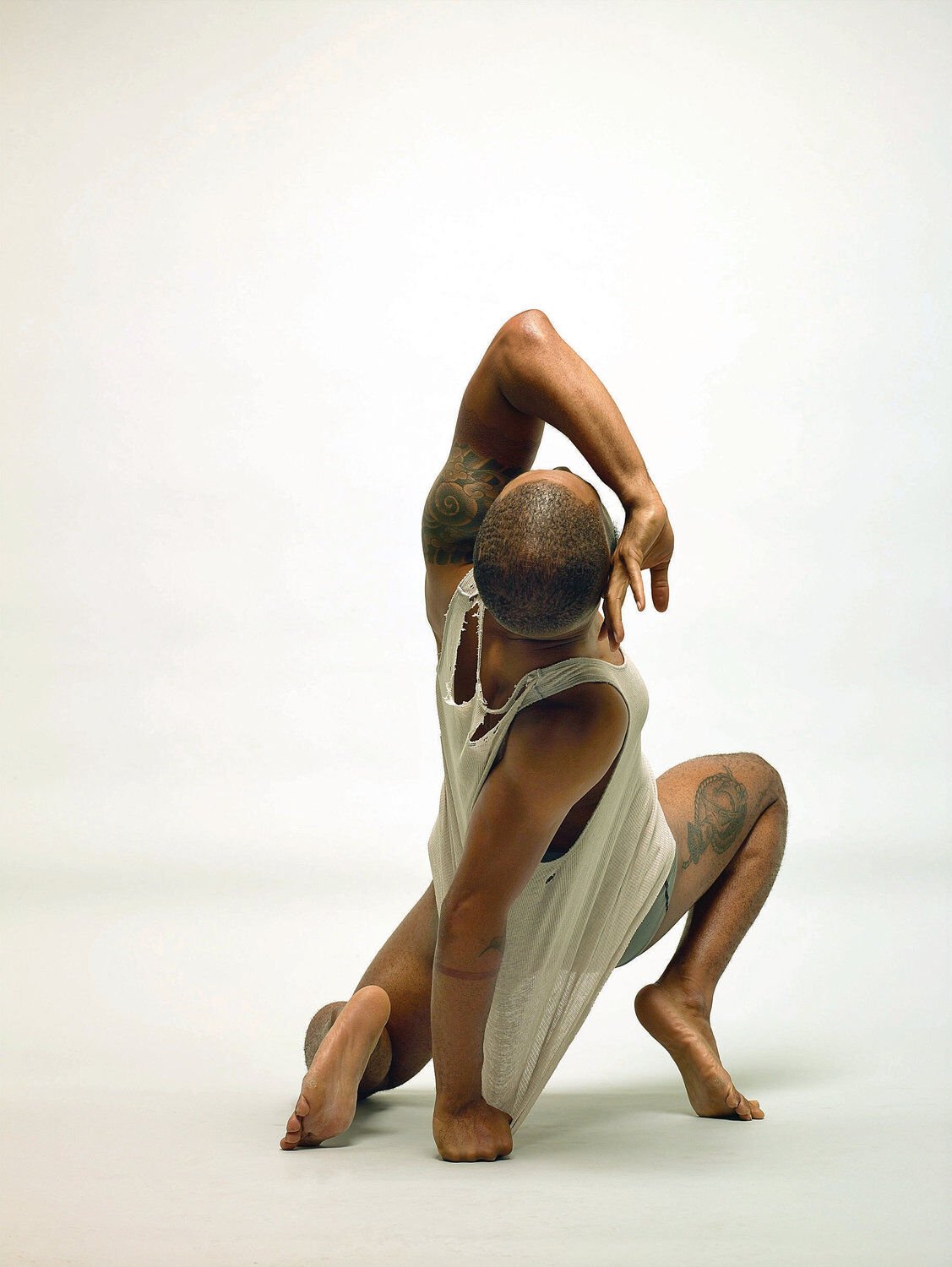 A sinuous arm movement. A body in rapid orbit. The dancer's style and tempo shift as the sound shifts. Voices lift in exultation. One bass calls over a beat.

From half a lifetime of experience, Kyle Abraham forges a new work, and he opens himself until he is almost bare. On the wall behind him, concentric rings of silver gleam like a galaxy.

"INDY" is his first lengthy solo in 10 years.

He was hungry to perform, he said by phone from New York City. Choreographing for his company, he missed exploring movement in his body on stage. And he had been going through a changing time.

Pamela Tatge, director of Jacob's Pillow Dance Festival, found the solo overwhelming. Sitting on the porch at the Pillow on a quiet morning after a storm, she remembered it.

"When I first saw his new solo — it premiered at the Joyce — I couldn't stand at the end of it," she said. "The journey he took us on was so personal and universal at the same time. It was quintessentially Kyle, astonishing movement, movement that draws you in and includes you."

She has invited the work to the Pillow from July 31 to Aug. 4, as A.I.M., Abraham's company, performs an evening of his choreography and one piece, a trio for three women, by Andrea Miller, artistic director of Gallim.

Abraham is known for a versatile range in his work. He has a rich background in classical music — he has studied cello and piano for many years. A MacArthur fellow and Bessie award winner, he premiered a new work last fall with the New York City Ballet, and he will draw just as skillfully on hip-hop and visual art.

Within the last few years, the company he founded in 2006 has changed its name to A.I.M., from Abraham in Motion. The company was founded around his vision, Tatge said, and he and they have evolved toward making him one member of a collective — and they are quickly becoming one of America's most significant contemporary dance companies.

Working in collaboration feels both familiar and new, Abraham said. When he asks dancers to generate movement alongside him, he feels the energy of his first entry into dance — hip-hop and rave and house.

In "Indy" too, he looks back as he looks ahead. As he describes his solo, it has the quality of a retrospective. It touches elements of earlier works, all a shedding or fraying of the past to move into a new future.

He performs to a kaleidoscope of music by Jerome Begin, a composer known for digital and acoustic agility. When he was creating the music, Abraham said, they worked side by side. Begin would have his head down over the composition, and Abraham would be moving, and they would share thoughts.

Abraham would say. "I'm thinking about a Debussy kind of vibe. Or something dissonant." And he would see what Begin would come up with.

"I'm creating worlds and landscapes," he said, "to show a multi-faceted individual."

He is performing the solo only at selected sites, Tatge said, and as soon as she knew that, she reached out to him.

She wanted him and his company to create an evening of work with the solo at its core, and she wanted A.I.M. to perform in the Ted Shawn Theatre. Abraham has performed many times in the Doris Duke, she said, including a recent collaboration with Camille Brown, and she wanted to honor A.I.M. on the mainstage.

Abraham and A.I.M have increasingly begun commissioning work from other choreographers. Miller has set this work set on A.I.M. dancers, and the collaboration becomes its own living thing, Abraham said, different from the movement of her own company.

His dancers will also perform "Show Pony," a solo for a woman that Abraham made as he was making "Indy." He created it as a senior solo for a student at Julliard, he said, and he responded with a gentle commentary on that display.

The whole ensemble will come together in "Drive," a high-energy work racing with the beat, and in contrast, two couples and one soloist will play off of each other in "Quiet Dance," a more subtle work important to him. They interpret Leonard Bernstein's song, "Some Other Time," a wry acknowledgement of trying to hold what matters, as life moves.

"Where has the time all gone to?/

Haven't done half the things I want to./

It's a duet between two lonely people, and it's a love song. Love seems a strong theme in A.I.M.'s recent work. Last winter, the company came to Jacob's Pillow in a residency to explore the first stages of a new work about love in black families and communities.

Abraham and his dancers spent an evening in Pittsfield then, Tatge said, talking with local families. They played cards and told stories about the ones they love.

This summer, Abraham and A.I.M.'s performances coincide with community events around the weekend of Pillow Pride, and he welcomes them warmly.

On Saturday, Tatge said, A.I.M. can dance alongside the community in the Pillow's annual summer dance party, on the great lawn on a summer night.