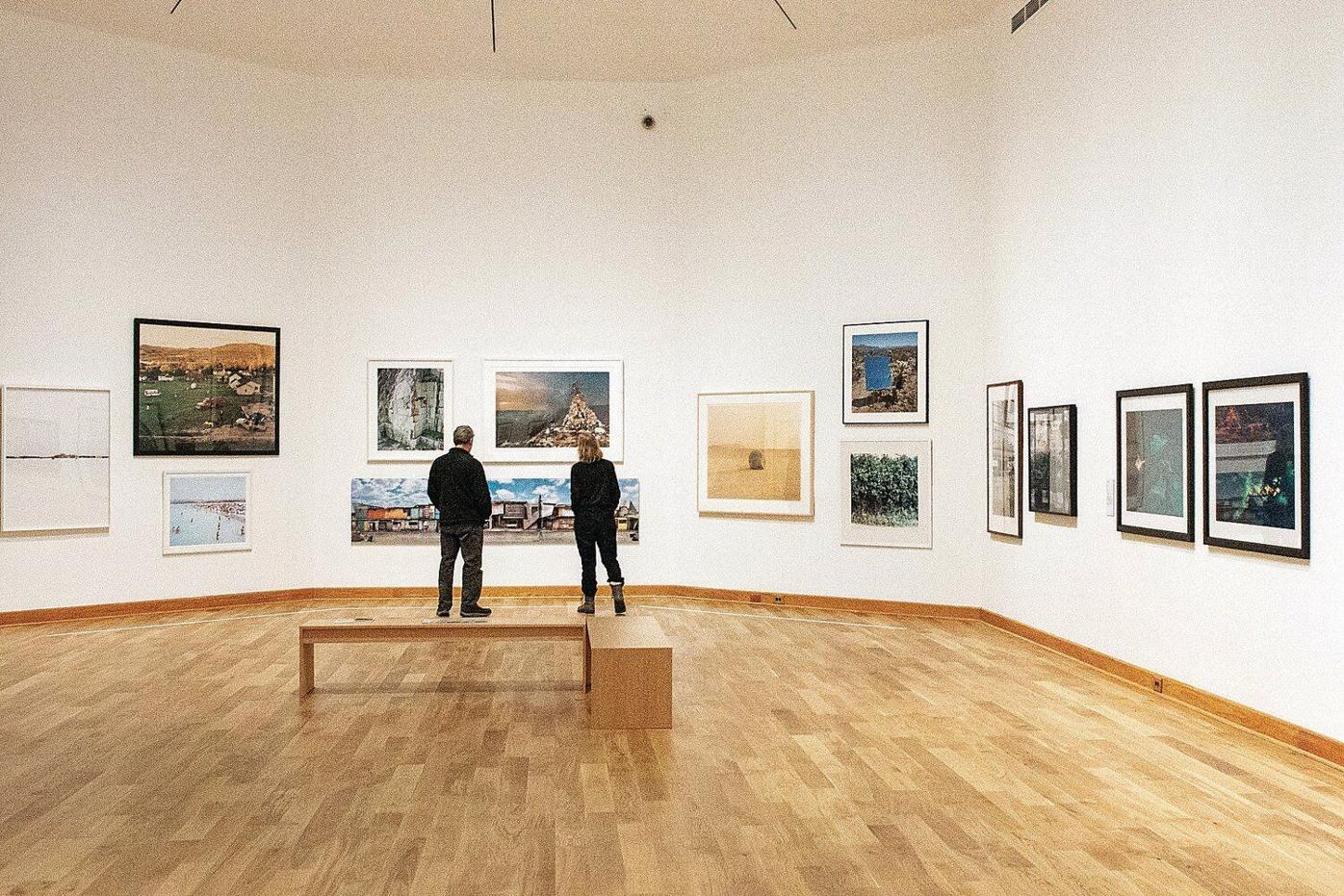 "Landmarks" is currently on view at WCMA now through May 5. 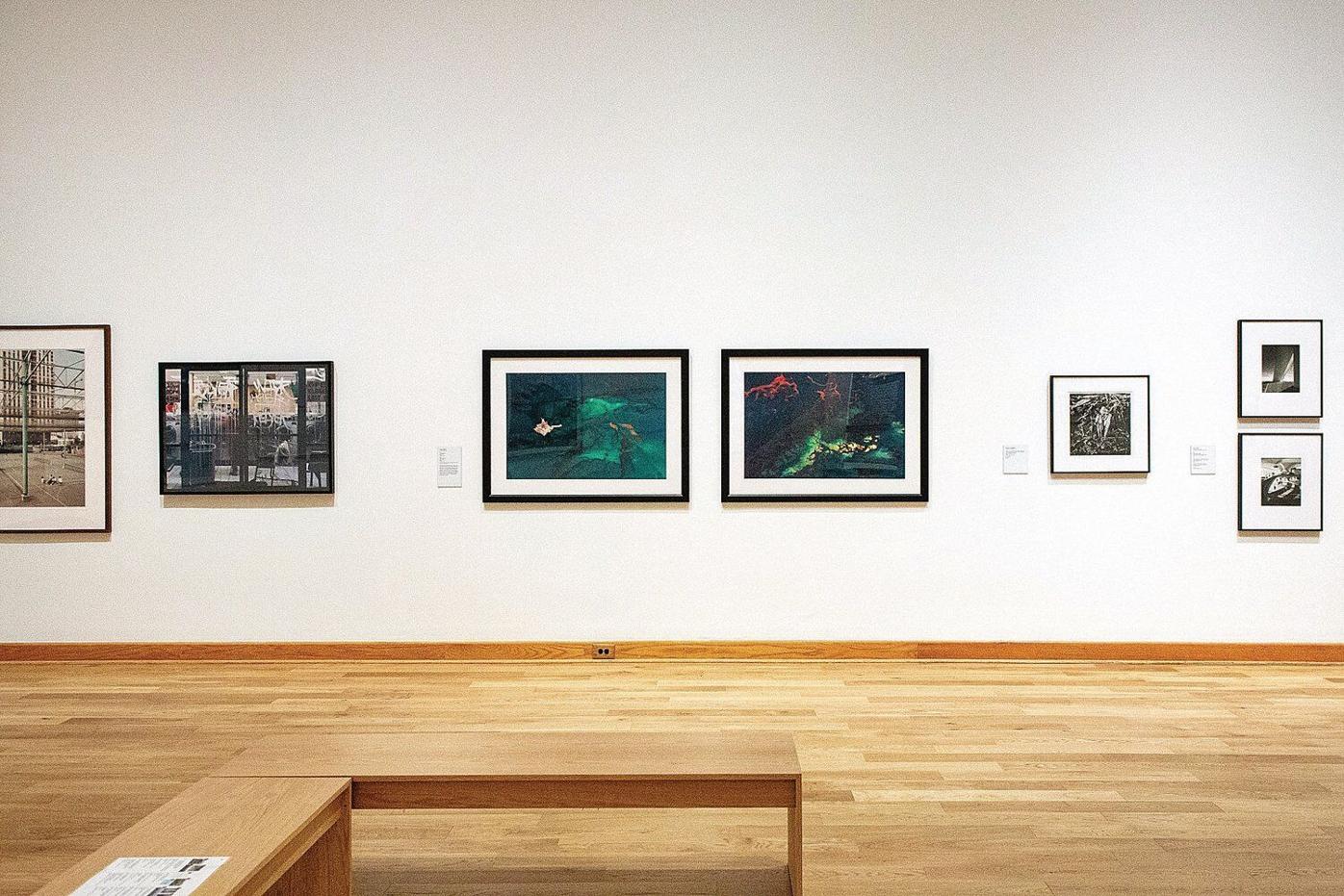 The larger of the exhibition's two rooms contrasts photos from before and after photography's "digital turn," which is around 1999. 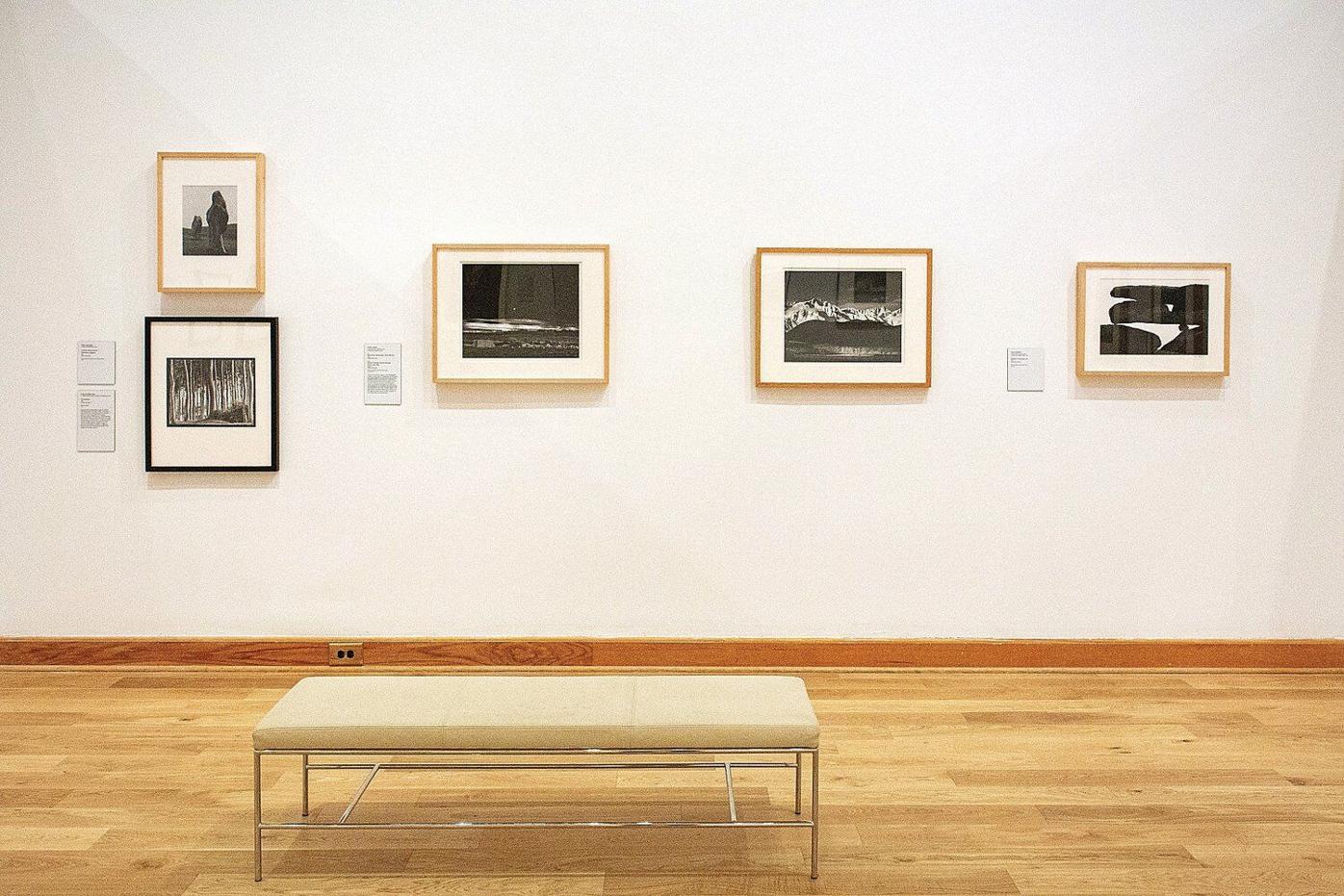 The exhibit features more than 100 photographs from the turn of the 20th century to the present.

"Landmarks" is currently on view at WCMA now through May 5.

The larger of the exhibition's two rooms contrasts photos from before and after photography's "digital turn," which is around 1999.

The exhibit features more than 100 photographs from the turn of the 20th century to the present.

WILLIAMSTOWN — Photography, despite its reputation as a truthful depiction of the world, allows for countless opportunities to distort and frame an image.

"There is still this kind of specter or aura of truth or veracity around the photograph, even though we know this simple act of framing something within our cameras is an act of representation, of making," said Horace Ballard, curator of American art at the Williams College Museum of Art.

Ballard curated "Landmarks," which is on view at WCMA through May 5 and features more than 100 photographs from the turn of the 20th century to the present. The exhibition is organized around four kinds of landmarks: human-built physical landmarks, geological landmarks, landmark events and landmark transformations (largely destructive) of the physical environment. Walking viewers through key moments in the history of photography, the central question "Landmarks" explores is: What is a landscape?

"Its guiding light is that a landscape is a mode of envisioning the world and our relationship to it," Ballard said. "I love that landscape is something that's so communal, societal and deeply personal. And because it works at all of those levels, both macro and micro, it is deeply political how one frames and how we talk about framing, how we name where we belong or how we resist belonging to a place."

The larger of the exhibition's two rooms contrasts photos from before and after photography's "digital turn," which Ballard said took place around 1999. Most of the photos taken with film cameras are smaller and in black and white, while the digital photos that line a salon wall are larger, more colorful and often more detailed.

"The digital also allows for a saturation of color, for manipulation of the image from cropping and for a clarity of detail that a regular kind of film camera cannot and will not give you," Ballard said. "It also means that in a post-digital turn, so post-1999, we expect to see the world look a certain way. We expect to think about vision and distance with the kind of clarity that I would argue, pre-1999, we didn't have because we didn't have those images. So ... as photo technology is continuously changing and innovating, the way that human beings expect to frame and see the world necessarily changes, and that, of course, has repercussions."

Digital works like Daniel Kukla's "Cholla Garden," which shows cacti and a mirror against a clear blue sky, and an untitled Catherine Opie photograph, which portrays colorful houses against a snowy white backdrop, include a striking level of detail, Ballard said. Yet the proliferation of detail often comes at the expense of providing a more clearly defined narrative that one might find in film photos, like Frank Paulin's "Black Man, White Man, Times Square."

"The digital turn actually allows for an excess of information," Ballard said. "These other art photographs from the 1990s and earlier, you want to get your face right into them. You're looking at all the details, and every little detail actually gives joy. In contemporary photographs, particularly at this scale, we're not meant to get everything. They're meant to give us a fleeting impression of the world."

The exhibition's smaller room focuses on documentary photography, and it includes works from the likes of Raghubir Singh, Robert Frank, LaToya Ruby Frazier and Gordon Parks.

"[Documentary photography] is supposed to fixate on the truth, but actually leaves us with a lot more questions," Ballard said. "Our gaze is doubling the photographer's gaze on these spaces, on these bodies. We can't get away from that, but I think the more that we are conscious of that doubling of a read, I think the more that we can begin to be critical of how we encounter photographic images in our lives."

Ballard planned the exhibition in conjunction with "Landscape, Theory, Ideology," a course he is teaching this spring in Williams College's art history graduate program. Two of the course's meetings in the gallery, on Feb. 20 and April 22 held 11 a.m. to noon, are open to the public.

"Increasingly, WCMA is becoming a hub of programming and engagement, where undergrads, grad students, faculty, staff, community members can come to campus and actively be in conversation around similar things," Ballard said.

"Landmarks" also attempts to engage with climate change and its impacts. Ballard will be joined by Laura Martin, a professor of environmental studies at Williams, and Michael Kolster, a photographer and professor at Bowdoin College, on March 12 at 5:30 p.m. for a talk titled "Interdisciplinary Perspectives on Landscape and the Environment."

Thinking about climate change through the lens of beauty, Ballard said, could be misleading. Two photos by Daniel Beltra depict sparkling blues intermixing with brilliant flashes of orange. Yet the source of those vibrant colors was the 2010 Deepwater Horizon oil spill in the Gulf of Mexico.

"As photographs, they are uncommonly gorgeous," Ballard said. "As an event, it's wholly horror. And that discrepancy is really interesting to me."

Ballard said he hopes viewers, upon leaving "Landmarks," might become more willing to ask questions about the photographs and landscapes that they see represented.

"The more we can give space to being our full selves in front of the work and asking that work questions, more and more I think that is a kind of political act," he said.