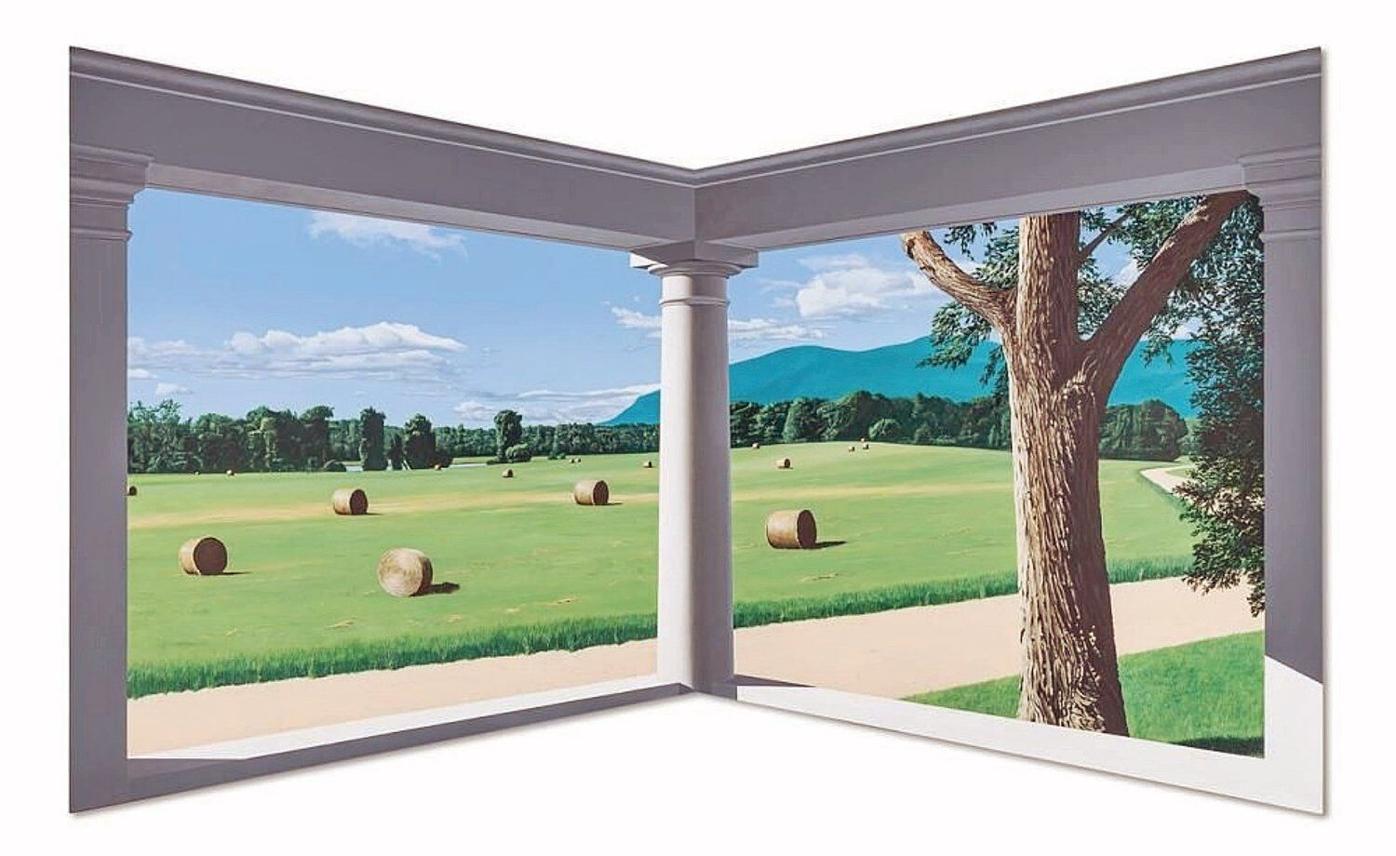 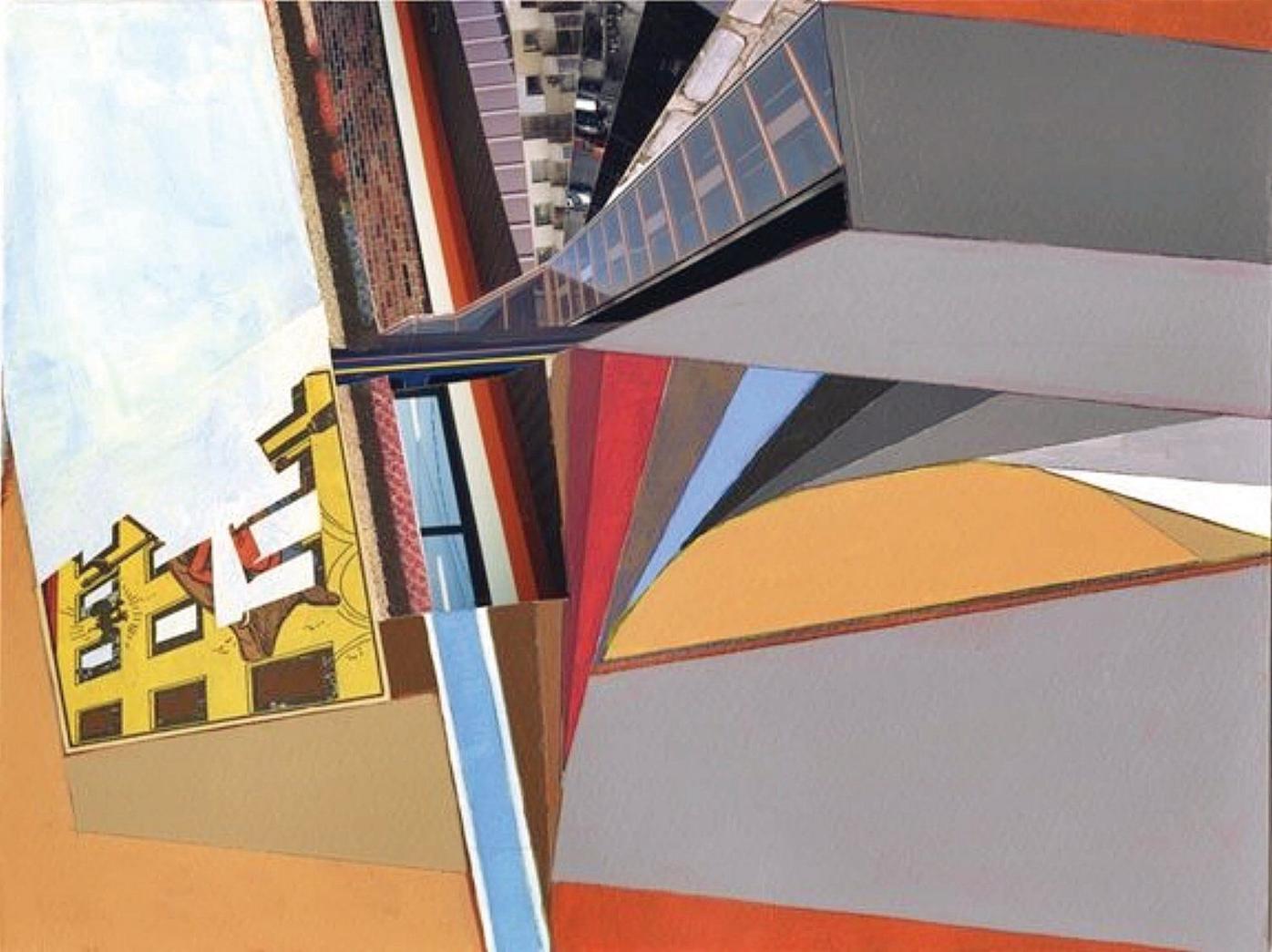 North Adams-based visual artist Mary Lum has shown work at the Massachusetts Museum of Contemporary Art, been awarded numerous fellowships and has spent residencies at the prestigious MacDowell colony. But the jury behind the 2020 Mass Cultural Council Artist Grants knew nothing of Lum's resume when they agreed to honor Lum with an Artist Fellowship this year — Lum's work, a suite of intricate drawings made on construction paper and judged anonymously, earned recognition all by itself.

Lum, a professor at Bennington College whose mixed media work explores the subliminal power of urban architecture, is one of eight Berkshire County-based winners of this year's Mass Cultural Council Funding Grants, awards given to artists in Massachusetts annually since 1975. The Council recognized 69 artists in disciplines from poetry to painting this year from a pool of 1,854 submissions; representing Berkshire County were Lum, painters Warner Friedman, of Sheffield and Virginia Bradley, of Great Barrington, choreographers Tom James Truss III and Matthew Cumbie of Great Barrington, writers Matthew Zunoni Muller, of Pittsfield, and Amanda Giracca of Great Barrington and poet Jessica Fisher of Williamstown. Prizes in Drawing & Printmaking, Poetry, and Traditional Arts were awarded in January, and honors in Choreography, Fiction/Creative Nonfiction, and Painting were announced this June.

All submissions were judged anonymously — an uncommon practice in state cultural grants, explains Lum, but a welcome one.

"In my application this year, I put in work that I had never ever shown before and probably never will show. There's no way anyone could have known that that particular work was my work, because they haven't ever seen it in public before," Lum said. "It's really satisfying to know that your name hasn't gotten you anywhere, or worked against you either."

Of the 69 artists commended by the Council, 37 — including Lum and Friedman — earned Artist Fellowships of $15,000 to support their future endeavors. The funding comes as a boost to artists as many around the state continue to feel the devastating impact of COVID-19 on the creative economy. In late April, Mass Cultural Council surveyed professionals across the cultural sector who reported a total loss of $16.5 million in personal income, averaging a loss of $7,048 per person. The most recent round of Council grants follows the 272 grants of $1,000 that the Council awarded to individual artists through their COVID-19 Relief Fund for Individuals in late April. The money comes without strings attached, to be allocated as the awardee sees fit — Friedman is considering paying a studio apprentice to help him with larger-scale works, and fiction writer Matthew Zunoni Muller, who received a smaller grant of $1,500 as a Finalist, might put the money toward an AirB&B where he can focus more deeply on his work.

"You're supposed to spend it, of course, on your work, but especially in these times I'm sure artists will be spending their money on studio rent, or supplies," said Lum. "I'm awfully glad I got the grant, because now I can actually pay my taxes!"

For some artists, however, the money is secondary to the recognition. Virginia Bradley, a painter who works out of a barn-turned-studio at 234 Long Pond Road in Great Barrington (open to visitors by appointment), was grateful to be recognized her first time applying, citing the number of talented artists concentrated in cities like Boston. The numbers prove it — 19 of this year's winners came from Cambridge and Boston. While city life has inspired many starving artists and wandering poets, this year's winners and finalists from Berkshire County prove that the tradition of the Berkshires as a home for artists and writers is still strong.

Bradley, who experiments with spraying chemicals and solvents on her abstract oil paintings to create "essences" she hopes will resonate with viewers, moved to Great Barrington three years ago from Philadelphia. The habitat of the Berkshires, Bradley explains, has influenced the way she views her own work.

"I wouldn't have called them landscapes until I moved here," said Bradley of her abstractions.

Warner Friedman, whose paintings of vivid landscapes framed by architectural structures also won him a Fellowship in 2010, likewise departed a city for country life — working in Sheffield since 1972, Friedman has taken inspiration from the farms and hills of Berkshire County, but also cites the pace of Berkshire life as an influence.

"I'm very contented here in Berkshire County. I'm inspired by the quality of life. Coming from New York, it was a culture shock in a way. But now I wouldn't live anyplace else," Friedman said.

Zunoni Muller, a finalist in fiction, incorporates Berkshire writers into his courses at Berkshire Community College, where he teaches literature.

"So many of these writers we're reading lived in the area, so it's pretty amazing," Muller said.

Muller plans on working on his novel this summer, as well as stories set in the region. "The story collection I'm working on now is pretty heavily set in this area — a lot of people driving in cars, and parties set in fields," Muller said. "The environment I'm in seeps into everything, even my imagination."

Whether it's supporting represented artists like Lum or encouraging emerging writers like Muller, this year's grants allow artists in Berkshire County the breathing room to continue their creative work in a time of great uncertainty.

"I'm super thankful to Mass Cultural Council, it's so awesome that they fund the arts the way they do," Muller said.