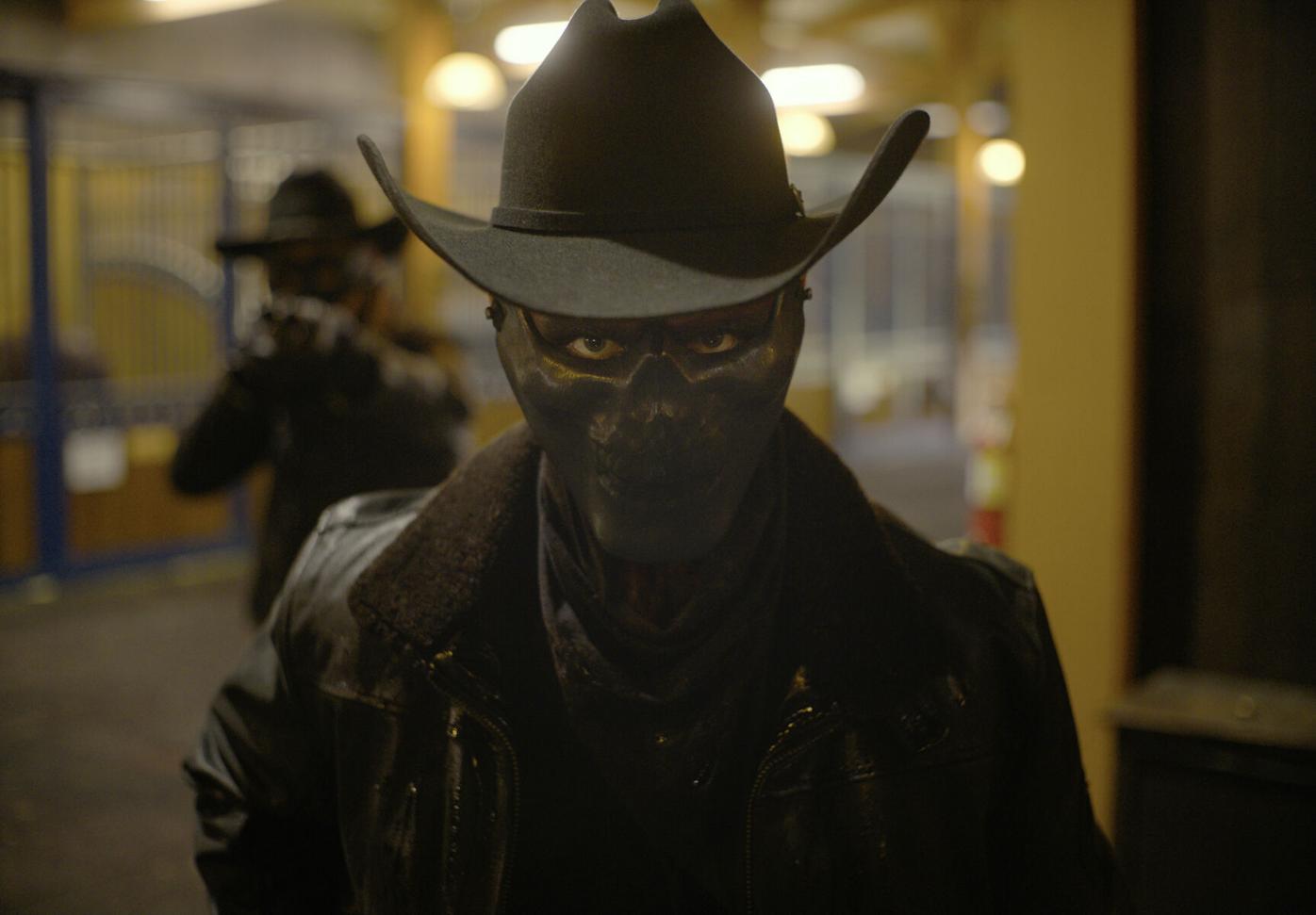 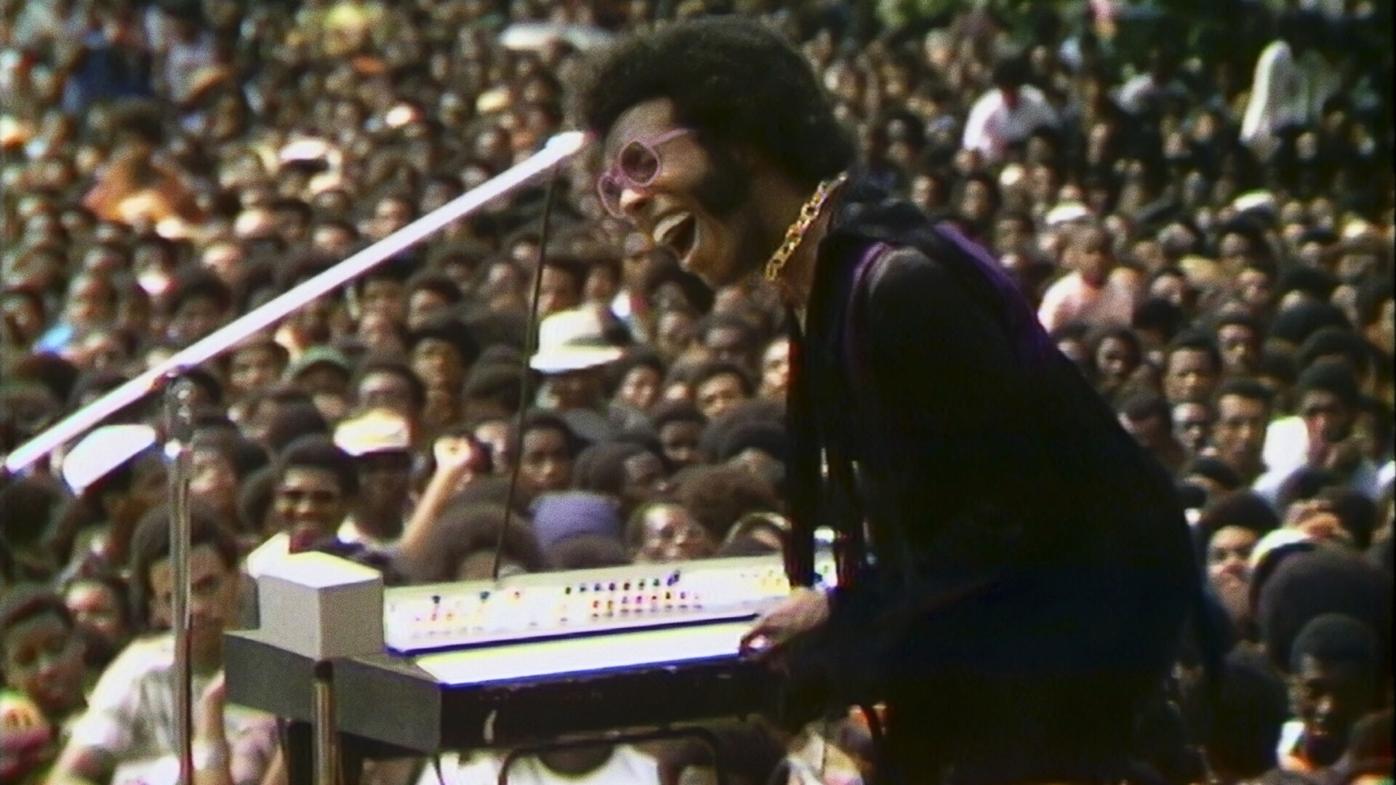 This image released by Searchlight Pictures shows Sly Stone performing at the Harlem Cultural Festival in 1969, featured in the documentary "Summer of Soul."

This image released by Searchlight Pictures shows Sly Stone performing at the Harlem Cultural Festival in 1969, featured in the documentary "Summer of Soul."

As the summer movie season prepares for its first movie of Marvel’s announced Phase Four — “Black Widow” — to drop on July 9, three new movies arrived in cinemas just ahead of the July Fourth holiday: “The Forever Purge,” “The Boss Baby: Family Business,” and Questlove’s documentary “Summer of Love.”

Here's what's playing — July 2 - 8 — at cinemas in the Berkshires and environs. Where films have been reviewed, the capsules include the name of the film critic and the day the full review was posted on berkshireeagle.com. All reviews are by Associated Press critics.

Following the events at home, the Abbott family now faces the terrors of the outside world. Forced to venture into the unknown, they realize that the creatures that hunt by sound are not the only threats that lurk beyond the sand path. Starring Emily Blunt, Cillian Murphy, Millicent Simmonds, Noah Jupe, Djimon Hounsou and Wayne Duvall. 1 hour, 37 minutes.3 stars. (BAHR - 5/27) BC, BM

A young grifter named Estella is determined to make a name for herself with her fashion designs. Her flair for fashion catches the eye of Baroness von Hellman, a fashion legend who is devastatingly chic and terrifyingly haute. Their relationship sets in motion a course of events that leads Estella to embrace her wicked side and become the raucous, revenge-bent Cruella. Starring Emma Stone, Emma Thompson, Paul Walter Hauser, Joel Fry, Emily Beecham and Kirby Howell-Baptiste. This movie contains several sequences with flashing lights that may affect those who are susceptible to photosensitive epilepsy or have other photosensitivities. 2 hours, 14 minutes. 2 ½ stars. (NOVAK - 5/27) BM

A bartender recruits her husband and a group of others to assist her in training a racehorse in the Welsh countryside. Starring Toni Collette, Damian Lewis, Owen Teale, Joanna Page, Nicholas Farrell and Siân Phillips. 1 hour, 42 minutes. 2 ½ stars. (COYLE - 5/20) CT

Dom Toretto is living the quiet life off the grid with Letty and his son, but they know that danger always lurks just over the peaceful horizon. This time, Dom must confront the sins of his past to save those he loves most. His crew soon comes together to stop a world-shattering plot by the most skilled assassin and high-performance driver they've ever encountered — Dom's forsaken brother. Starring Vin Diesel, Cody Walker, Michelle Rodriguez, Jordana Brewster, Lucas Black, Charlize Theron and John Cena. Rated PG-13 for sequences of violence and language. 2 hours, 25 minutes. BC, BM, NAM, MH, TC

In Washington Heights, N.Y., the scent of warm coffee hangs in the air just outside of the 181st St. subway stop, where a kaleidoscope of dreams rallies a vibrant and tight-knit community. At the intersection of it all is a likable and magnetic bodega owner who hopes, imagines and sings about a better life. Starring Anthony Ramos, Melissa Barrera, Corey Hawkins, Leslie Grace, Olga Merediz and Jimmy Smits. 2 hours. BC, BM, IC, MH, NAM, TC

Bea, Thomas and the rabbits have created a makeshift family, but despite his best efforts, Peter can’t seem to shake his mischievous reputation. Adventuring out of the garden, Peter finds himself in a world where his mischief is appreciated, but when his family risks everything to come looking for him, Peter must figure out what kind of bunny he wants to be. Starring Rose Byrne, Domhnall Gleeson, James Corden, David Oyelowo, Margot Robbie and Elizabeth Debicki. 1 hour, 33 minutes. NAM

SUMMER OF SOUL (...OR, WHEN THE REVOLUTION COULD NOT BE TELEVISED) (PG-13)

Templeton brothers — Tim and his Boss Baby little bro Ted — are adults now who have drifted away from each other. Tim is now a married dad and Ted is a hedge fund CEO. But a new boss baby with a cutting-edge approach and a can-do attitude is about to bring them together again and inspire a new family business. Alec Baldwin, James Marsden, Jeff Goldblum, Eva Longoria, Lisa Kudrow and Jimmy Kimmel. 1 hour, 47 minutes. BC, BM, NAM, MH, TC

Paranormal investigators Ed and Lorraine Warren take on one of the most sensational cases of their careers after a cop stumbles upon a dazed and bloodied young man walking down the road. Accused of murder, the suspect claims demonic possession as his defense, forcing the Warrens into a supernatural inquiry, unlike anything they've ever seen before. Rated R for terror, violence and some disturbing images. 1 hour, 52 minutes. 2 stars. (KENNEDY - 6/2) BM

The fifth and final installment of 'The Purge' film series. All the rules are broken as a sect of lawless marauders decides that the annual Purge does not stop at daybreak and instead should never end. Starring Ana de la Reguera, Tenoch Huerta, Will Patton, Cassidy Freeman, Leven Rambin and Susie Abromeit. Rated R for or strong/bloody violence and language throughout. 1 hour, 43 minutes. BM, NAM

The world's most lethal odd couple — bodyguard Michael Bryce and hitman Darius Kincaid — are back for another life-threatening mission. Still unlicensed and under scrutiny, Bryce is forced into action by Darius's even more volatile wife. Soon, all three are in over their heads when a madman's sinister plot threatens to leave Europe in total chaos. Starring Ryan Reynolds, Samuel L. Jackson, Salma Hayek and Antonio Banderas. Rated R for strong, bloody violence throughout, pervasive language, and some sexual content. 1 hour, 40 minutes. BC, BM

In the secret forests of Northern Italy, a dwindling group of joyful old men and their faithful dogs search for the world’s most expensive ingredient, the white Alba truffle. Their stories, featured in this documentary, form a real-life fairy tale that celebrates human passion in a fragile land that seems forgotten in time.1 hour, 24 minutes. CT, MH

The long-awaited “Black Widow” arrives in theaters, kicking off “Phase 4” of the Marvel Cinematic Universe. The solo film, which focuses on Sc…

This week’s mainstream releases include “Escape Room: Tournament of Champions” and “Space Jam: A New Legacy,” but the independent cinemas may be carrying the heavy hitters as “Roadrunner: A Film about Anthony Bourdain” and “Pig” starring film favorite Nicholas Cage make their debuts.