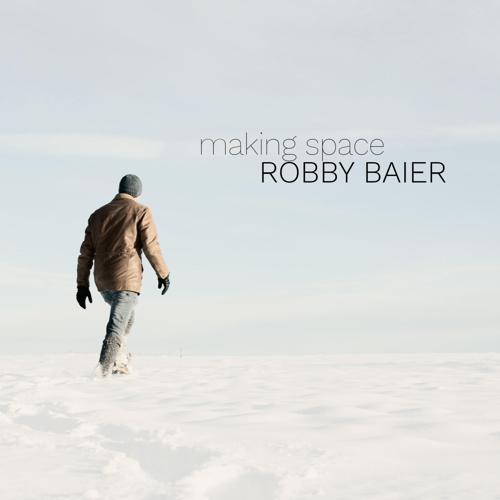 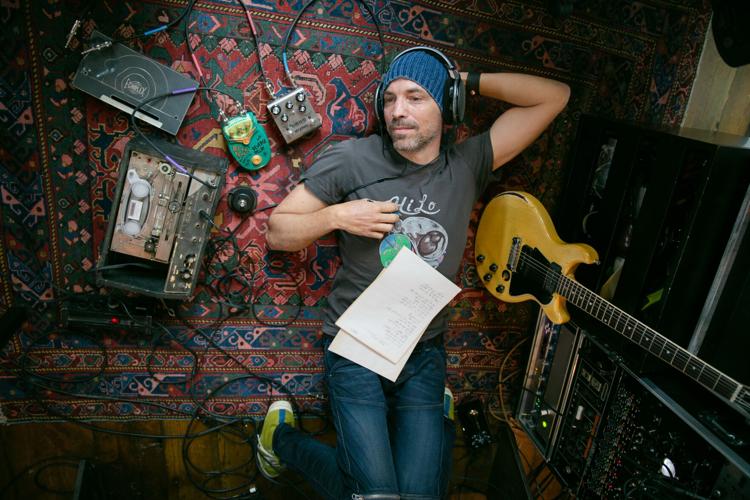 Robby Baier recently moved his recording studio back to the village of Housatonic, setting up shop in MUSE Housatonic, the Multi-Use Studio Experiment, inside Great Barrington's former Monument Mills. 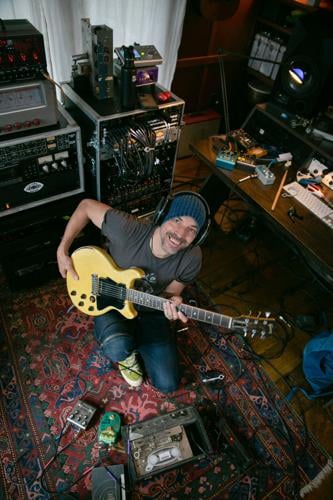 Baier's new album "Making Space," was written and recorded over a decade. "It's as if the album had to sit awhile," he said. 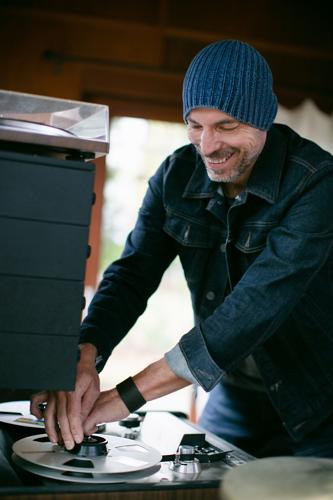 Baier's music has been used in television shows, commercials, and in several documentaries, including "Ferry Tales," which was a 2004 Academy Award-nominee for Best Documentary (Short Film).

Robby Baier recently moved his recording studio back to the village of Housatonic, setting up shop in MUSE Housatonic, the Multi-Use Studio Experiment, inside Great Barrington's former Monument Mills.

Baier's new album "Making Space," was written and recorded over a decade. "It's as if the album had to sit awhile," he said.

Baier's music has been used in television shows, commercials, and in several documentaries, including "Ferry Tales," which was a 2004 Academy Award-nominee for Best Documentary (Short Film).

GREAT BARRINGTON — Robby Baier had every intention of releasing his second solo album after it was completed in 2018. But, something about the album just didn't feel right, so he shelved it, and walked away for a few years.

Baier, instead chose to focus on what he describes as a "midlife crisis." He bought a sports car; fixed up his house; contemplated what he wanted to do next. He moved his independent recording studio, Substation Studio, out of the historic Housatonic Railroad Station into his parents' guest house in Lenox. He became selective about the work he produced and recorded.

Over the last year, he found his way back to the album, which, now, seemed to have the cohesion it lacked in 2018.

"It wasn't like I had spent a single year writing these songs. Some of them were eight years old, some were 20 years old when we recorded them. Everything was fine when we were recording, but when we finished, suddenly, I didn't know how all these songs went together. I was in this weird state of mind, my father was dying at the time," Baier said in a recent telephone interview.

Then, about four to five months ago, he said, he gave it another shot and shared the album with a few friends.

"It's funny, sometimes, as an artist, enough time passes, that it feels as if you're listening to someone else's music. It's as if the album had to sit awhile," he said.

Released on Friday, March 12, the introspective and reflective tone of "Making Space," suggests its songs were written more recently, rather than between 2007 and 2017. (Listen to the album at: https://fanlink.to/making-space)

"I've come to the great divide," intones Baier at the opening of "Making Space," the album's title track. "I'm taking apart my universe and I'm making space to pull myself together in a new way," he sings in a throaty, light baritone, the Boston Herald once said "sounds like Mick Jagger under the guidance of Ani DiFranco."

The album, Baier said, might sound more cohesive, because it better reflects his life now.

"It's where I was at the last three years; the last five years," he said. "I was making space, clearing out my life; finding out what's important. I've been refining who I work with."

Most recently, he's moved his recording studio back to the village of Housatonic, setting up shop in MUSE Housatonic, the Multi-Use Studio Experiment, inside Great Barrington's former Monument Mills. And he's been turning videos made during his recording sessions into mini-documentaries, videos 2 to 3 minutes in length that will be shared on social media.

If Baier's music sounds familiar, it could be because he's been a mainstay on Berkshire stages for over two decades, as a solo act and as the singer and guitarist of Melodrome. Or, it could be because you've heard his music in a television show or commercial. His music has also appeared in several documentaries, including "Ferry Tales," which was a 2004 Academy Award-nominee for Best Documentary (Short Film) and "Skydancers," both with German American filmmaker Katja Esson.

His work with Esson on "Skydancers" led to him working with Indigenous musicians Bear Fox and Katsitsionni Fox, who is also a flimmaker. Both are members of the Akwesasne Mohawk Nation.

Baier was born in Germany, where at the age of 6, his love of music flourished when he began imitating his mother, then a homemaker, who recorded her own songs.

"I grew up in a creative home," he said. "My father was a filmmaker; my mother was a musician of her own interest. I always kind of knew I was going to be a musician."

Baier moved to the Berkshires with his parents and sister in 1981 and attended Bard's College at Simon's Rock. In the early 1990s, he was back in Germany, where he formed the Berlin-based rock band, Pearls at Swine, with longtime friend, Nicolai Lieven.

"We were signed by BMG [Bertelsmann Music Group], which was a very large record label. We experienced playing in front of 10,000 people, but we never got really famous. You're really at the whim of the record label," he said. "Then the [artist representative] who signed us, left the label. We were assigned a new person, but we were canned after a few months of promotion in 1996. At that point, we could have started over, but my wife, who was then my girlfriend, was back in the states. I decided I was tired of going back and forth."

He moved back to the Berkshires, founded a recording studio, began producing for other artists and released his first solo album, "SoulTube," in 1998. He then formed Melodrome, with fellow Pearls of Swine band mate Jesko Stahl, and two Berkshires-based musicians Darren Todd and Matt Sloan.

In addition to producing other artists, Baier has also spent several years managing his mother, Sibylle Baier, who shot into the public eye in 2006 after Robby mixed together the reel-to-reel tapes she recorded, in her bedroom, in the 1970s.

"I found them in the attic and mixed them together for her 60th birthday party that was held at the Dream Away Lodge in Becket," he said. The CD was handed out to guests and to friends, including Dinosaur Jr's J Mascis, who in turn, passed it on to Orange Twin Records.

"Fast forward and my mother is this kind of underground folk singer who was interviewed by Rolling Stone."

All the while, Baier was hard at work writing his own songs, recording bits and pieces, that would become "Making Space."

"Making this record was a long process," Baier said. "I decided I wanted to work with a producer. It was kind of nice to hand off production to someone else."

He chose to work with Kenny Siegal at Old Soul Studios in Catskill, N.Y.

"Kenny has this beautiful space to work in. He has this Sony / MCI JH-24 tape machine that I recorded on. I started out on tape machines, so there's a lot of nostalgia. There's also a way of working with tape … there's a slower pace of working that I find productive," Baier said.

Siegal brought in the band, Restless Age, to play on the album, and also played on the album himself. Baier also recorded parts of the album at his own studio and at the Old Carpet Factory Studio in Hydra, Greece. The album was mixed by Matthew Cullen Old Soul Studio and mastered by Greg Calbi of Sterling Sound in New Jersey.

After years of sitting on a shelf, Baier says the songs on "Making Space" are ready to be heard by other people.

"Songs that were shy, at first, are now bold enough to come out," he said. "I think it has something to do with where I'm at. I just moved into a new studio. I feel like I've turned over a new leaf in life and I feel good about releasing it."