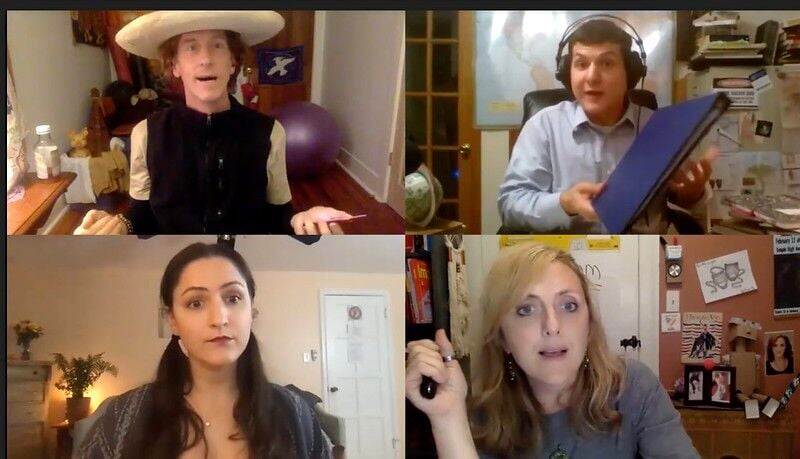 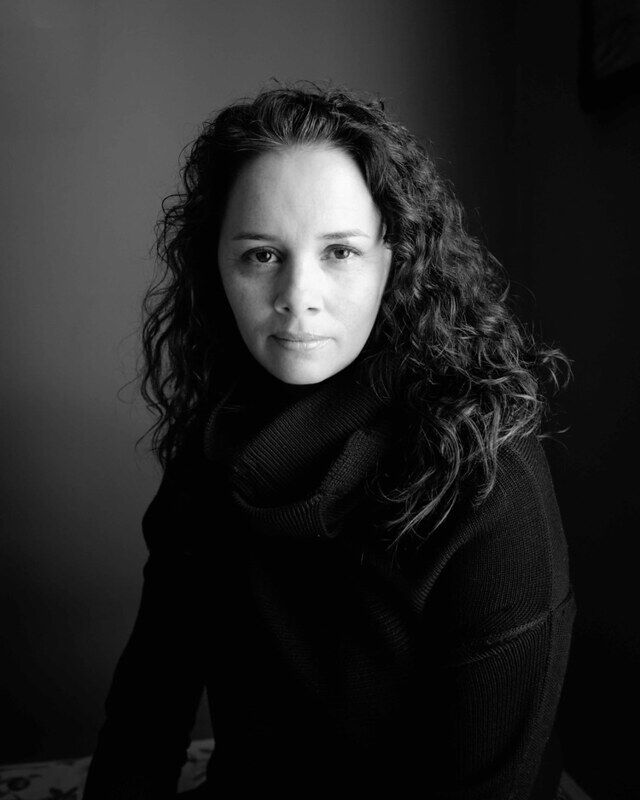 Native American playwright Larissa FastHorse (Sicangu Lakota Nation) wrote “The Thanksgiving Play,” which was given its world premiere at Playwrights Horizon in New York in 2018.

Native American playwright Larissa FastHorse (Sicangu Lakota Nation) wrote “The Thanksgiving Play,” which was given its world premiere at Playwrights Horizon in New York in 2018.

LENOX — Native American playwright Larissa FastHorse, a member of the Sicangu Lakota Nation, is used to being told her plays are unproduceable.

The 2020 MacArthur Genius Grant recipient often writes about indigenous history, “which tends to be majority depressing” history, she says in a short video on the Playwrights Horizon website — phnyc.org — that’s been “intentionally erased from our educational system and from our popular culture.”

“People want to learn about indigenous issues,” she says, but she’s been told again and again: “We can’t cast your plays. It’s uncastable. There are no Native [American] actors.”

“That’s not true,” she says, “but I got tired of fighting that fight. I said fine. I’m going to create a play that still deals with indigenous issues with all-white presenting people and say, ‘Here American theater — if you can’t cast this, we’re in trouble.’”

It’s called “The Thanksgiving Play.” Not only is it castable, it’s highly producible. Between its mid-October/early December 2018 world premiere at Playwrights Horizon in New York and the shutdown of America’s theaters earlier this year due to the coronavirus pandemic, “The Thanksgiving Play” was among the top 10 most produced plays in the country. It’s coming to the Berkshires, courtesy of Lenox-based WAM Theatre, in a production WAM will be streaming beginning Thursday, Nov. 19, at 7:30 p.m. through the WAM website — WAMTheatre.com. The 90-minute presentation will be available for viewing any time, any day, until Nov. 22 at 7:29 p.m.

The play is a sharp, incisive comedy about four well-intentioned white liberals — Jaxton, an extremely politically correct yoga practitioner and actor; Caden, an elementary school history teacher and wannabe actor; Alicia, a young, sexy Los Angeles actress whose claim to fame is that she can pass for virtually any ethnicity; and Logan, an earnest, well-intentioned high school drama teacher and director — who have assembled under Logan’s supervision to, FastHorse says, “create a culturally sensitive First Thanksgiving play for children during Native American Heritage Month to honor [indigenous peoples and issues] while potentially honoring none of those issues.”

“So, we’re four white people making a culturally sensitive First Thanksgiving play for Native American Heritage Month? Oh. my goodness,” Logan says at one point as she wrestles with the reality of what she is trying to accomplish, and the fact that authenticity may well be a victim of all those good intentions.

“Whatever,” Alicia replies, “it’s theater. We don’t need actual Native Americans to tell a Native American story. I mean, none of us are actual Pilgrims, are we? ... The point is, we’re actors. We act. That’s the job. I mean is Lumiere [in ‘Beauty and the Beast’] a real candlestick?”

“It’s about performative wokeness,” FastHorse says in the video; “people showing how woke they are, how enlightened they are without actually maybe being it.”

FastHorse points her satirical fingers at a host of cultural and social issues that come to roost in the way “art” is made in Hollywood and especially theater.

“The play pokes fun that an all-white cast [can produce a theater piece that is sensitive to a culture none of them has experienced]. No matter how [politically correct you may be], you still have to do the work,” “Thanksgiving Play” director Talya Kingston said by phone.

Logan comes to the Thanksgiving project with all the best egalitarian intentions. This will be a devised work — a theater piece built on the ideas, the active input of the cast.

Logan needs this project to be seen as a success. Her production of Eugene O’Neill’s “The Iceman Cometh” with a cast of 15-year-olds has placed her future in the school district in jeopardy. If this project works, “it will enhance her career,” Kingston said. “If it doesn’t ...”

How to balance her vision of the project with the input of the others is a delicate balancing act.

Molly Parker Myers, who plays Logan — she is joined by Rylan Morsbach as Caden, Tom Truss as Jaxton, and Carissa Marie Dagenais as Alicia — has some first-hand experience with Logan’s dilemma. She’s been a preschool teacher.

“You have to take everyone’s input and synthesize it,” she said, joining Kingston in the conference call. “You have to hear everyone.

“Logan goes into this project with the best of intentions. She wants to create something that will please everyone, including herself. She has to deal with that one setback. [But] can you please everyone? Does she learn anything about being ... a director, an artist?”

Kingston has been following FastHorse’s career for some time. The moment she read “The Thanksgiving Play,” it went on her bucket list.

“All my work has been in social justice theater,” said Kingston, who is WAM’s associate artistic director and oversees the company’s Fresh Takes Reading Series.

“I felt a kinship with these people and all the things they were doing wrong. It’s also a funny play. [FastHorse] is sharp ... “

The original plan was to produce “The Thanksgiving Play” before a live audience in a theater, but COVID-19 changed all that. And so Kingston, WAM Artistic Director Kristen van Ginhoven, and Kingston’s creative team turned to Zoom. The actors performed from rooms in their respective homes using costume and design schemes devised by production designer Juliana von Haubrich.

The idea, Kingston said, was to use Zoom to frame her production concept.

“We use the fact that [the actors] are in Zoom. They are using the medium of Zoom to create their play. This is a work created in this time of COVID-19. We are performing the play as written. There are no green screens, no disguising the fact that these actors are in their own rooms.”

“A lot of us actors have been so limited in what we can do,” Myers said, adding that Zoom is anything but an alien medium these days.

“It’s fascinating, scary, satisfying to do it this way. And yet, it’s felt natural in a certain way. It’s been a delightful collaboration.”

For Kingston, who is now editing the show, it’s been a crash course in what is essentially filmmaking — a medium with which she’s had no prior experience.

For Myers, the technological issues have been challenging; “frustrating in some ways,” she said. “Zoom is a tricky beast,” especially, Myers said, when you’re trying to summon the pace and energy this comedy requires.

And, there is one more thing — the sound of laughter.

“I hope people find it funny,” Myers said. “[At the same time], I hope it makes people rethink how the Thanksgiving story is told; who is doing the telling; how it shapes the stories that are told.”

“I hope audiences have a good time,” Kingston said. “But the real laughter here is when you can laugh at yourself; that you can laugh and then go ‘Oh!’; that you recognize yourself. Activist work is exhausting, but also joyful.”

“The play is just the beginning,” FastHorse says in her video. “Everything else happens after. The important thing is when you leave the theater.

“Laughter,” she says at the beginning of the video, “gives us energy. Laughter gives us more time. It actually adds time to your life. So, I’m giving you information and I’m giving you more time to change the world.

What: WAM Theatre's virtual production of "The Thanksgiving Play"