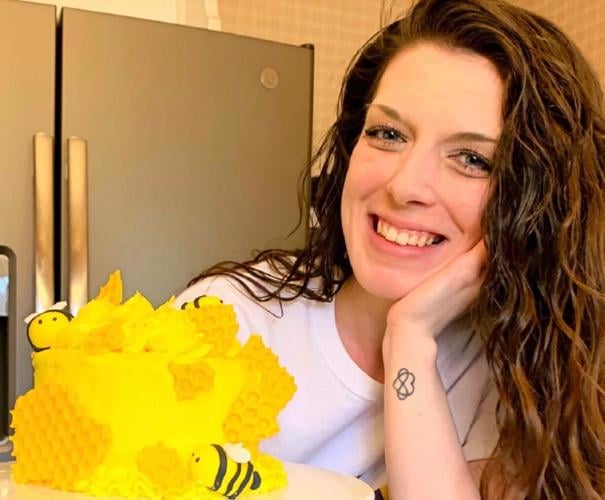 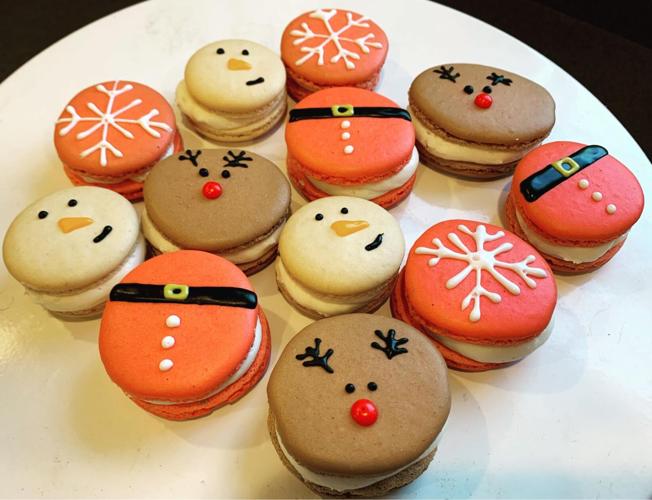 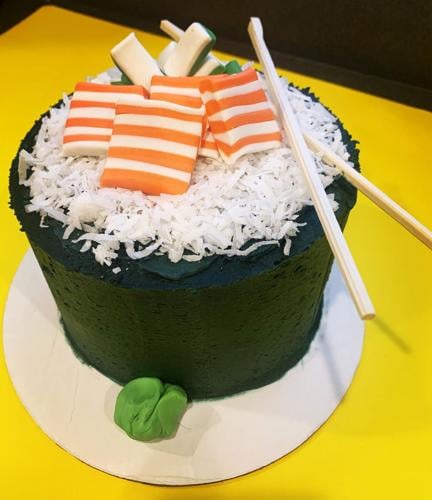 Jessica Sumner of Honey Bee Sweets recently made a custom-order cake in the shape of a sushi roll. 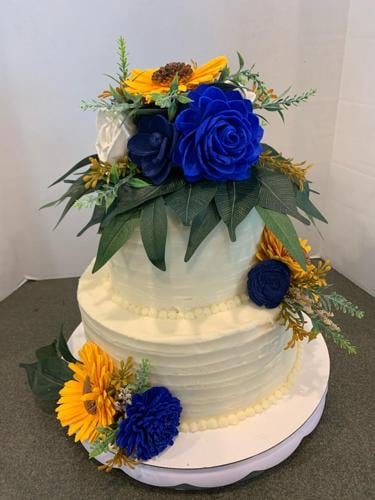 Honey Bee Sweets offers cakes in a variety of sizes, shapes and flavors. 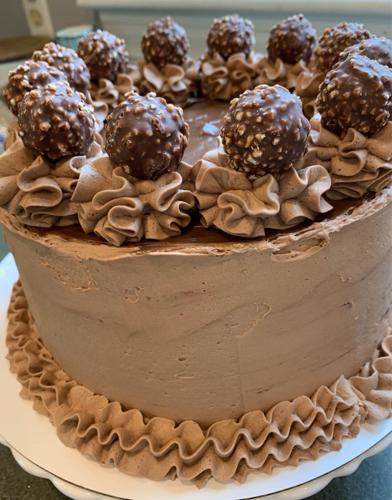 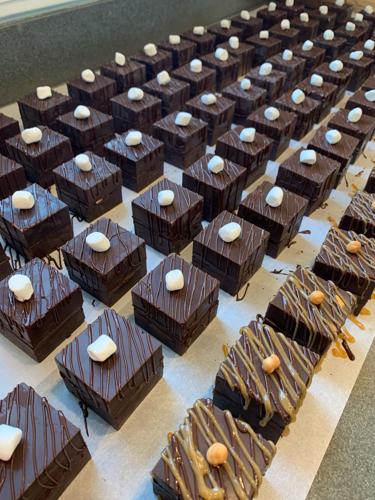 Cocoa bombs, a fun way to make hot chocolate, were a big seller during the holiday season. The square chocolate boxes — filled with cocoa powder, marshmallows and other treats — explode in your mug when hot milk is poured over them. 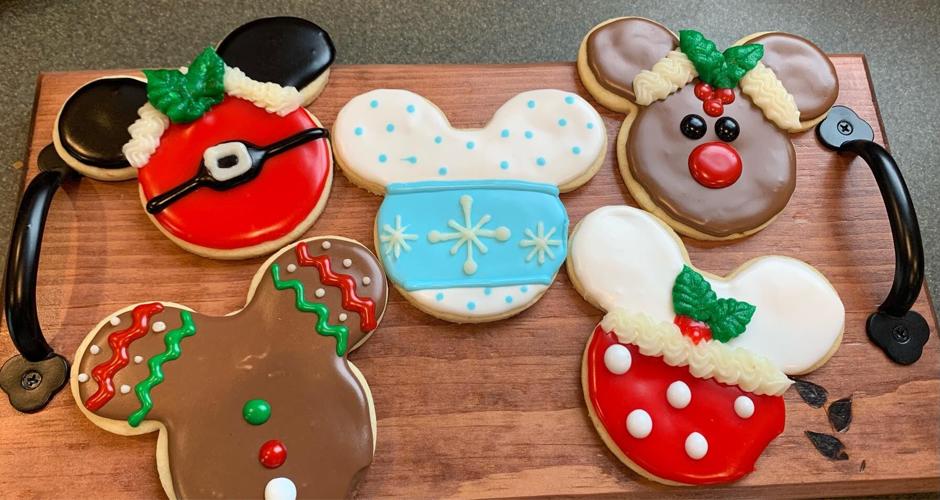 Jessica Sumner of Honey Bee Sweets recently made a custom-order cake in the shape of a sushi roll.

Honey Bee Sweets offers cakes in a variety of sizes, shapes and flavors.

Cocoa bombs, a fun way to make hot chocolate, were a big seller during the holiday season. The square chocolate boxes — filled with cocoa powder, marshmallows and other treats — explode in your mug when hot milk is poured over them.

ADAMS — Need a decorated cake that looks like a sushi roll? Or a unicorn?

How about a box of macarons? Or cupcakes? Or cookies?

Honey Bee Sweets, a home bakery opened by Jessica Sumner at the beginning of July, may be the solution to your confectionary quest.

"I have been in love with baking since I was little," she said during a recent phone interview. "When I was 7 years old, I was falling asleep to the Food Network. When other kids my age were watching cartoons, I was watching 'Cupcake Wars.' I would make up my own episodes of 'Chopped' and my parents were the judges."

While attending Drury High School, she participated in the school's culinary program, learning the basics from teacher, Judith Moitozo.

"She taught me a lot," Sumner said. "But, after that, I'm self-taught. I've been practicing for years. I've had some failures, but after failing, I do it again. That's how I learned and I've had so much fun doing it."

Despite having a lifelong affinity for the pastry arts, Sumner initially did not pursue her passion for baking. She earned a bachelor's in sociology and until recently worked as a day care assistant.

"With COVID-19 [pandemic closures], I was unable to work as a day care assistant. So, I threw myself into establishing Honey Bee Sweets and its taken off from there," she said. "The community has been so welcoming these past few months, especially with the pandemic. I'm so grateful that people in Adams, Cheshire, North Adams and Williamstown and other communities have been so welcoming to Honey Bee Sweets."

She's had so many people like her cookies, cakes, pies, brownies and other pastries, that "flash sale" items offered on the bakery's Facebook page (facebook.com/sweetashoney) are sold out almost as soon as they are posted.

"I'm sold out through Dec. 29," Sumner said of her availability to accept new orders. "Orders have been insane over the last few weeks because of Thanksgiving and Christmas, and especially, because of my cocoa bombs."

Her "cocoa bombs," which she started offering the beginning of December, quickly became a hit with her customers. (Cocoa bombs, traditionally, are a hollow chocolate ball filled with marshmallows and hot cocoa mix, that dissolves into hot chocolate when hot milk is poured over the ball.)

"My cocoa bombs are square and filled with cocoa powder, marshmallows and a few other yummy treats inside," Sumner said. "When you pour hot milk over it, the insides explode out. I have several different flavors, including a Grinch-themed one. The coating is green — it's white chocolate. I sell them on my Facebook page and at Bella Sky Gifts, as well. They're really fun."

"I love making cakes," she said. " l love experimenting with the flavors; finding new ideas on Pinterest and trying them out. I love taking someone's vision, putting my own spin on it and hope that they love it just as much as I do."

And apparently her customers do like the results as much as she does — custom cakes are her No. 1 requested item.

"I recently made a cake decorated to look like a sushi roll, which was a lot of fun. I've done an 'explosion cake,' which had sprinkles explode out of it when it was cut," Sumner said. "My most popular cake is my peanut butter cake. It's a chocolate cake with whipped peanut butter buttercream frosting, a chocolate ganache and Reese's Bites."

She added, "My lemon raspberry cake also is very popular. It's the signature cake of Honey Bee Sweets. It's a fluffy lemon cake with homemade raspberry filling and a lemon cream cheese frosting."

"I had an order for a retirement party that I made police badge-shaped cookies and blue-lined heart-shaped cookies for. Those were really fun to do," Sumner said.

For inquiries, baseline prices or orders, Sumner can be reached placed through the Honey Bee Sweets Facebook page via messenger or by calling 413-652-1557.

All baked goods are baked to order. Advance orders required.

Extra items, ready for purchase and pickup, when available, can be found on the bakery's Facebook page. Custom orders are sent an invoice via email for credit and debit card payments. For all other orders, Venmo and cash payments are accepted.

NORTH ADAMS — Wearing a floral print apron, Dede Webber Vanore stood next to a bowl of cookie dough in her kitchen. “I’m small-batch. I have n…

Slightly more than a year after opening, Spoon Café in Williamstown is still growing, as owners David and Colleen Little and their staff serve up bowls of traditional and "artisan crafted" froyo to a good mix of clientele, including local residents, tourists and college students.