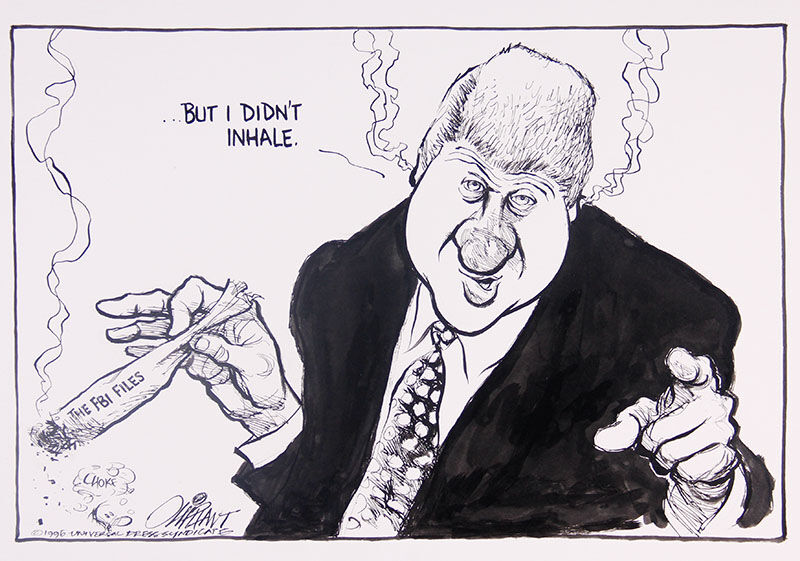 "But I didn't inhale," a 1996 ink and wash editorial cartoon by Pat Oliphant 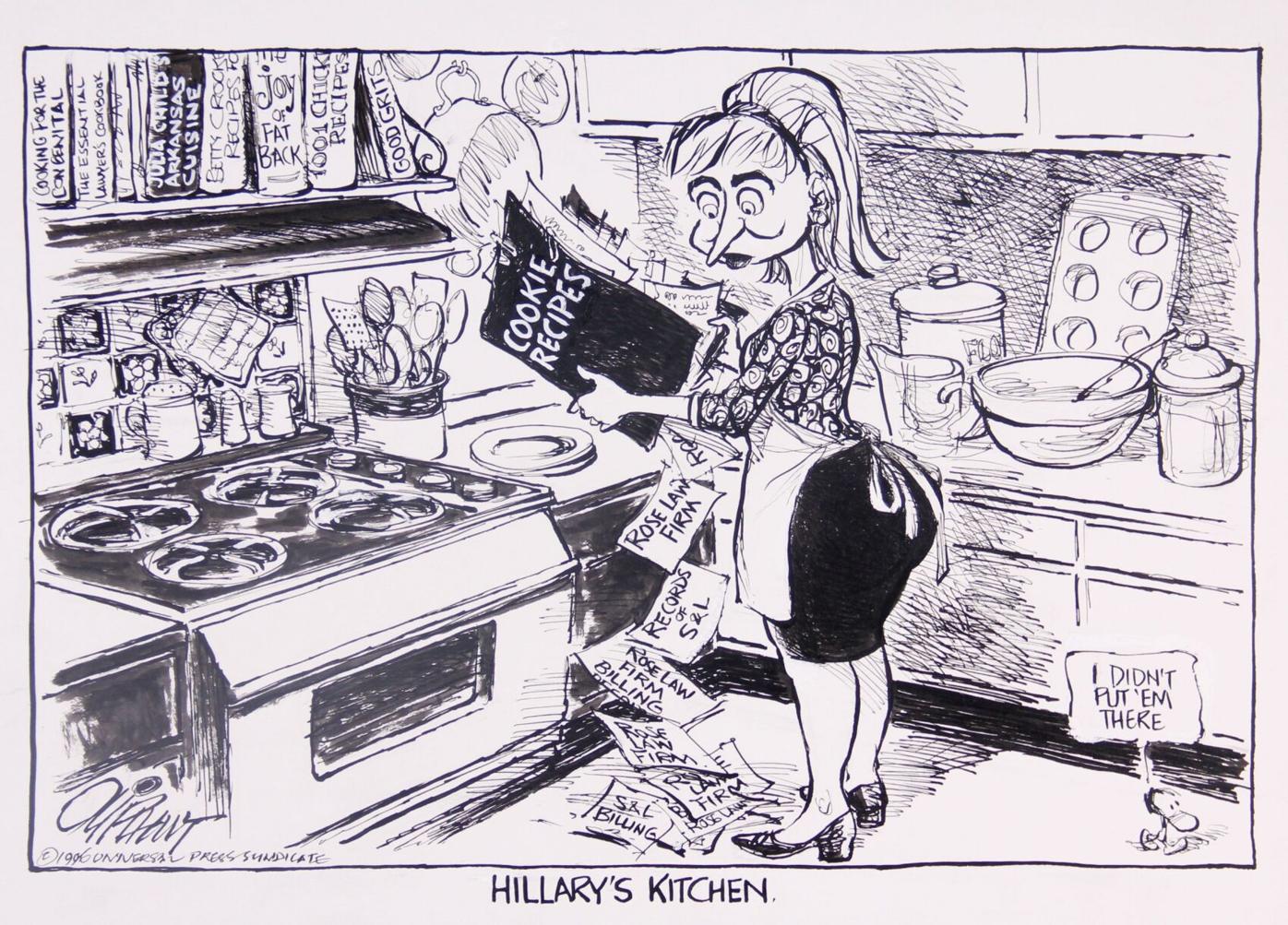 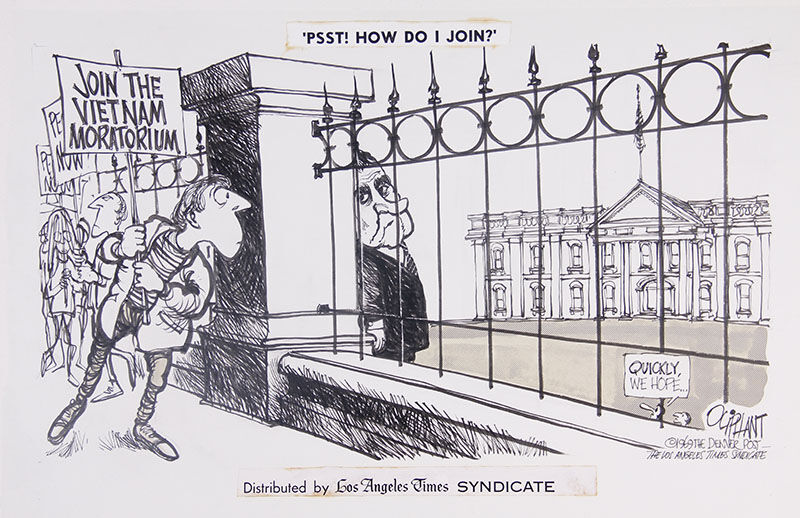 "Psst! How do I join?" a 1969 ink and ink wash editorial cartoon by Pat Oliphant for The Denver Post.

"But I didn't inhale," a 1996 ink and wash editorial cartoon by Pat Oliphant

"Psst! How do I join?" a 1969 ink and ink wash editorial cartoon by Pat Oliphant for The Denver Post.

STOCKBRIDGE — A new special collection gallery featuring the political cartoons of Pat Oliphant is on view through May 31 at the Norman Rockwell Museum.

A Pulitzer Prize-winning cartoonist, Oliphant was described in 1990 by the New York Times as “the most influential editorial cartoonist” of his time. Now 85 years of age, his career spans over 60 years.

In addition to the 1967 Pulitzer Prize, the widely syndicated Oliphant has been recognized with numerous awards from the Society of Professional Journalists, National Cartoonists Society, National Wildlife Federation, American Civil Liberties Union, and the Washington Journalism Review. He retired from an active illustration career in 2015.

Newly acquired through a donation by the Louis and Jodi Atkin Family, the Oliphant collection features more than 300 artworks and an extensive archive focusing on four prominent aspects of the artist’s work –- humorous but hard-hitting editorial drawings from the Nixon and Clinton years as well as personal drawings, paintings, and large-scale sculptures inspired by the nation’s most prominent figures.

“Since the late 19th century, the editorial cartoon has played a provocative role in presidential politics, countering partisan advertising with irreverence,” chief curator Stephanie Haboush Plunkett said in a prepared statement. “An exceptional draftsman and intellect, Pat Oliphant has honed a distinctive image of each incoming president through the years.

"His drawings never fail to reveal an underlying truth, reminding us of the powerful impact of satiric portraiture on our perceptions of elected leaders. We are honored to add this exceptional collection of original Oliphant art to the museum’s permanent illustration collection ... .”

“Assembling Oliphant’s vision into a collection that has found a home at the Norman Rockwell Museum, speaks to my belief that although Oliphant’s art does not illustrate Rockwell’s America, it does draw a proverbial line in the sand," donor Louis Atkin said. "It dares to cross that line and maybe someday erase it, and frame a new vision of what Rockwell’s America can be.”

Online programs focusing on the art of Pat Oliphant will be scheduled for spring. Complete information is available at NRM.org.