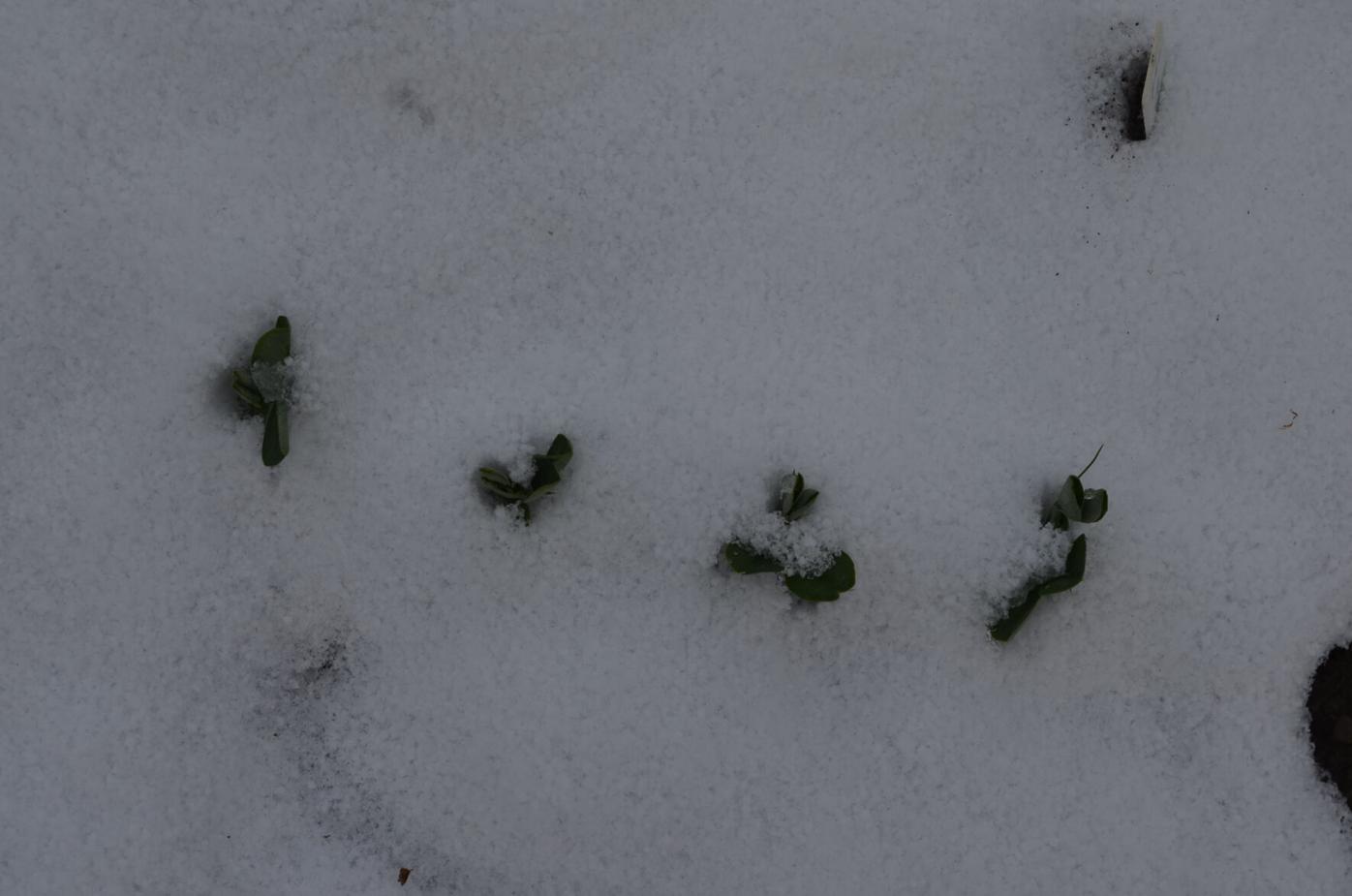 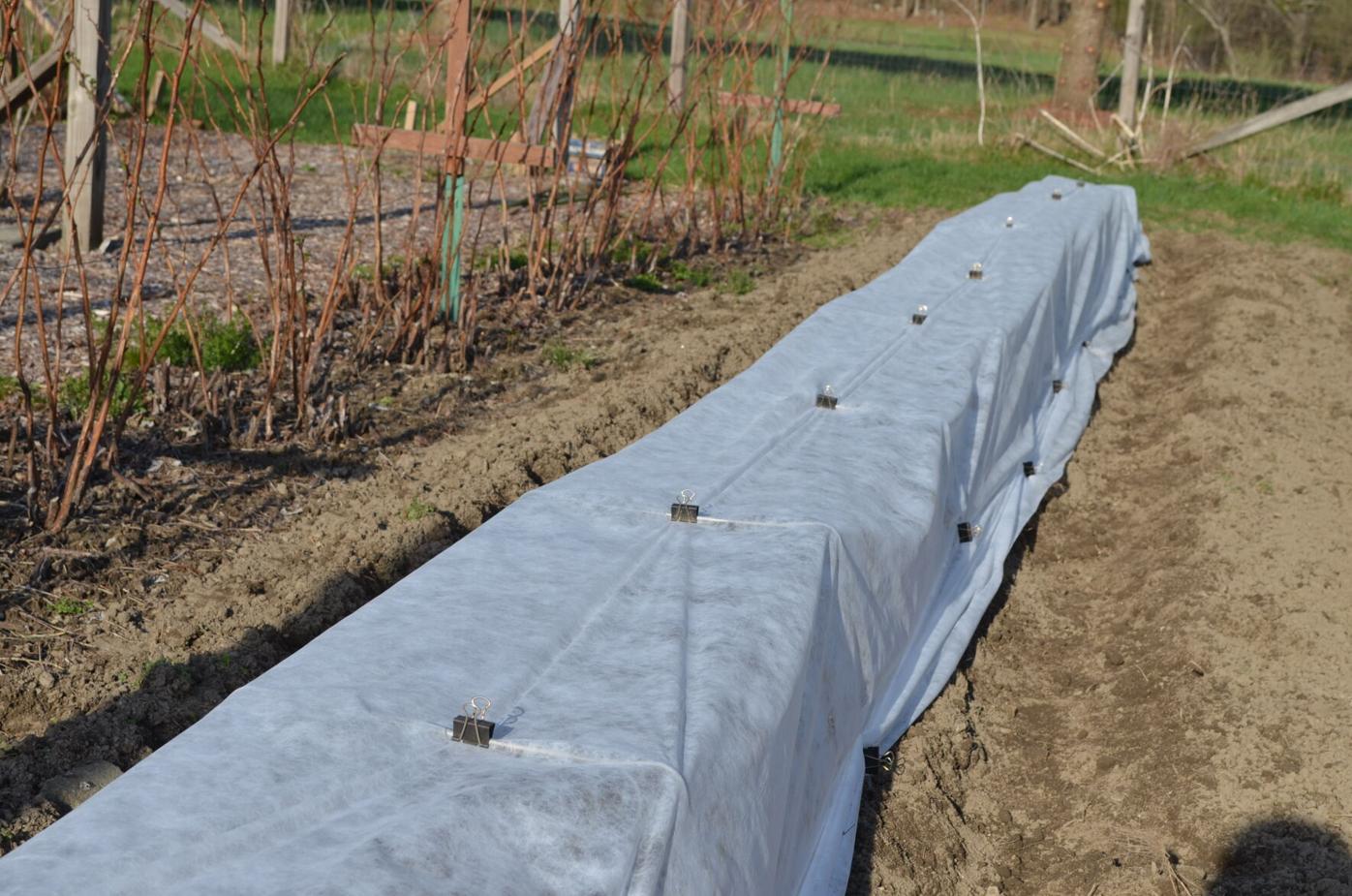 Row cover over onion planting to protect the plants from allium leaf miner.
1 of 2

Row cover over onion planting to protect the plants from allium leaf miner.

It was a particularly showy month for flowering trees and shrubs. Among the woody plants that put on a rather spectacular show were magnolias, flowering cherry and early azaleas. Most came into bloom right after the snowfall of April 15 and 16. It was a bit early for these plants to be flowering, but I attribute that to the 70 degree temperatures over a period of several days about a week prior to the snow.

Unfortunately, the floral show was rather brief as hard freezes on the mornings of the 21st and 22nd left the colorful blossoms brown or shriveled.

Another weather oddity has been the lack of precipitation, or seemingly so. At the beginning of this week, the National Weather Service station at Pittsfield Municipal Airport reported a deficit of almost 4 inches for the year. Furthermore, as pointed out this past Monday by Eagle columnist Clarence Fanto, the U.S. Drought Monitor lists Berkshire County as abnormally dry.

So, what’s odd about that? Well, my garden soils have been quite moist so far this year and I have been slow to till and plant crops. Some seeds sown this past month have either rotted or are reticent to make an appearance. Of course, this is largely due to the high clay content of my soil.

I’m not alone; our friend, Lisa Martin of Richmond, told me of her pea seeds having rotted due to high soil-moisture levels. She asked if it was too late to sow pea seeds. My answer is a definite “maybe.” Generally, May is late to plant peas. However, the variety Wando has good heat tolerance and can be planted as late as mid-May. Wando is a popular pea variety and may still be available at garden centers.

While the weather at this time of year may be fickle, don’t let it leave you in a pickle. Move ahead with these gardening tasks:

Ron Kujawski: Look all around, spring is in the air!

“Yellow” doesn’t usually come up in discussions of a person’s favorite color. Perhaps it is the negative connotations often assigned to the term, e.g. cowardly, deceitful. Yet, “yellow” is also associated with happiness and warmth, among other positive implications. In the horticultural world, yellow is the color of many of the earliest spring-blooming shrubs and flowers.

This point becomes perfectly clear as one travels about the Berkshires and is overcome with happiness and warmth at the sight of forsythias and daffodils planted along the roadside.

Grass is growin’, time to think about mowin’. The warm weather of last week awakened grass, and now cooler and somewhat moist conditions have …

Ron Kujawski: Now is the time to tiptoe through the tulips

I think of April as daffodil month since it is when these beauties burst into bloom. They are clearly the most popular of spring flowering bul…