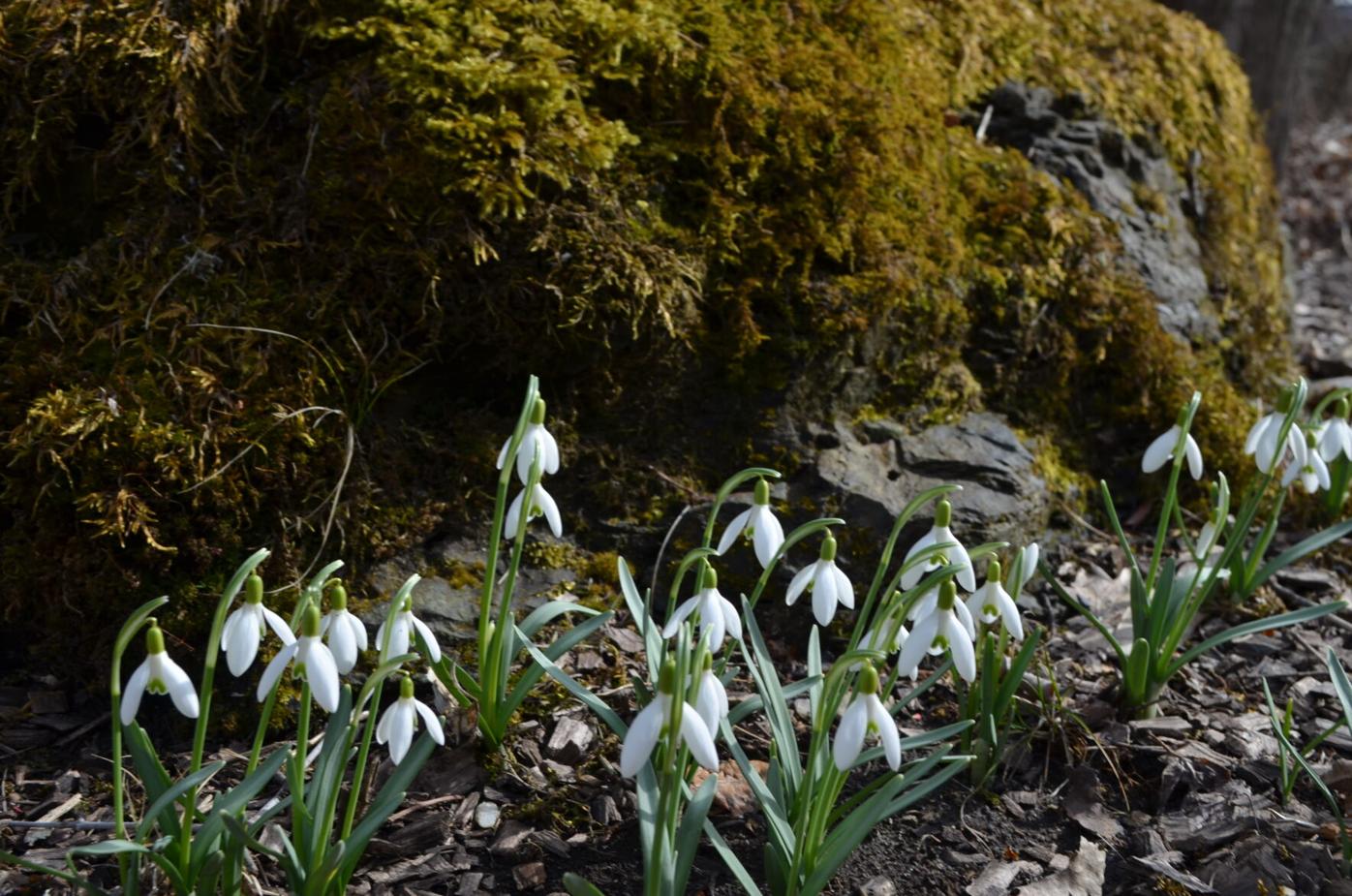 Enjoy spring flowering bulbs such as these snowdrops but make a list of bulbs you'll want to add to gardens in fall. 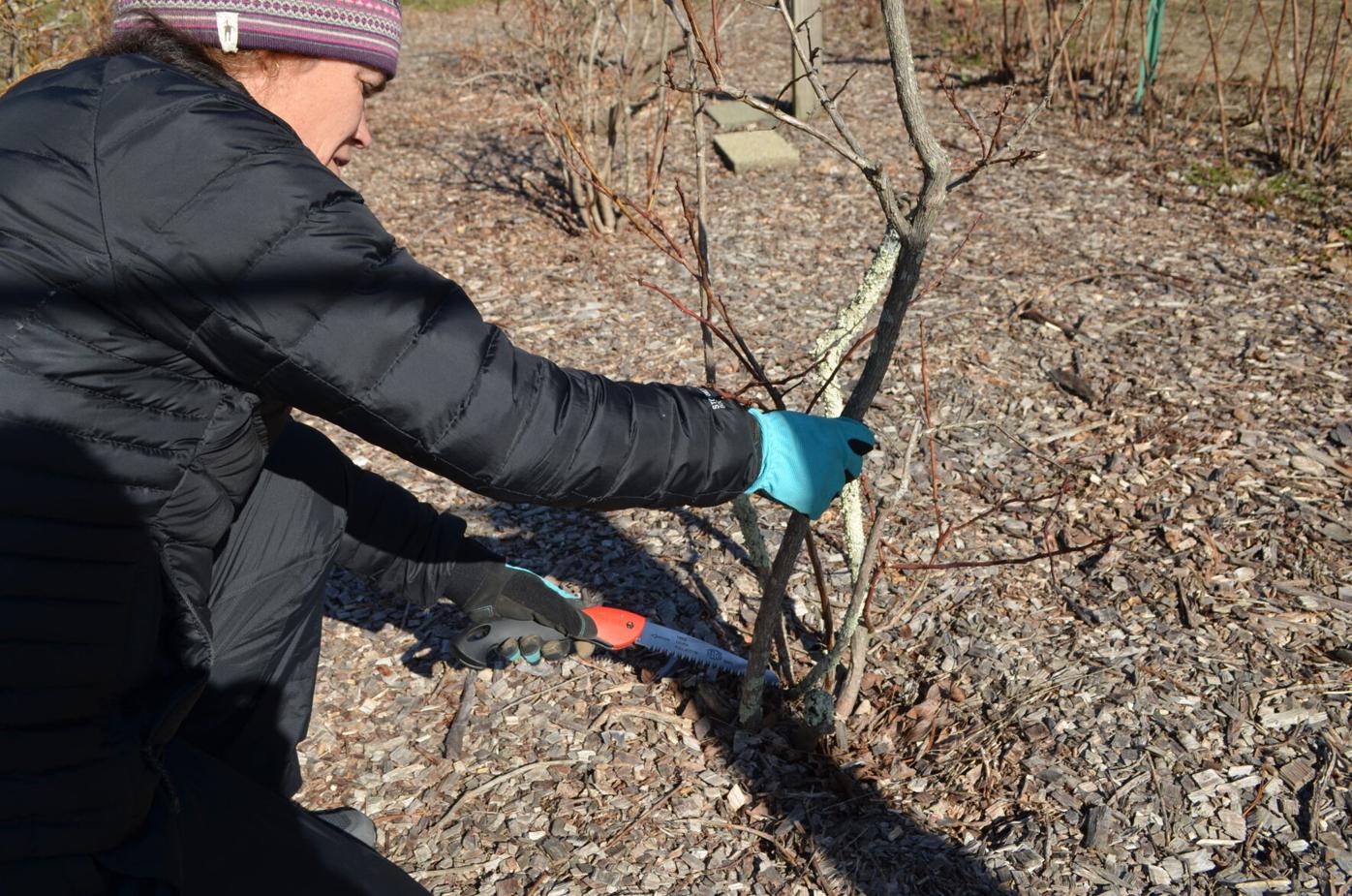 Old non-productive blueberry canes can be cut back to ground level. New canes will rise from the remaining stub. 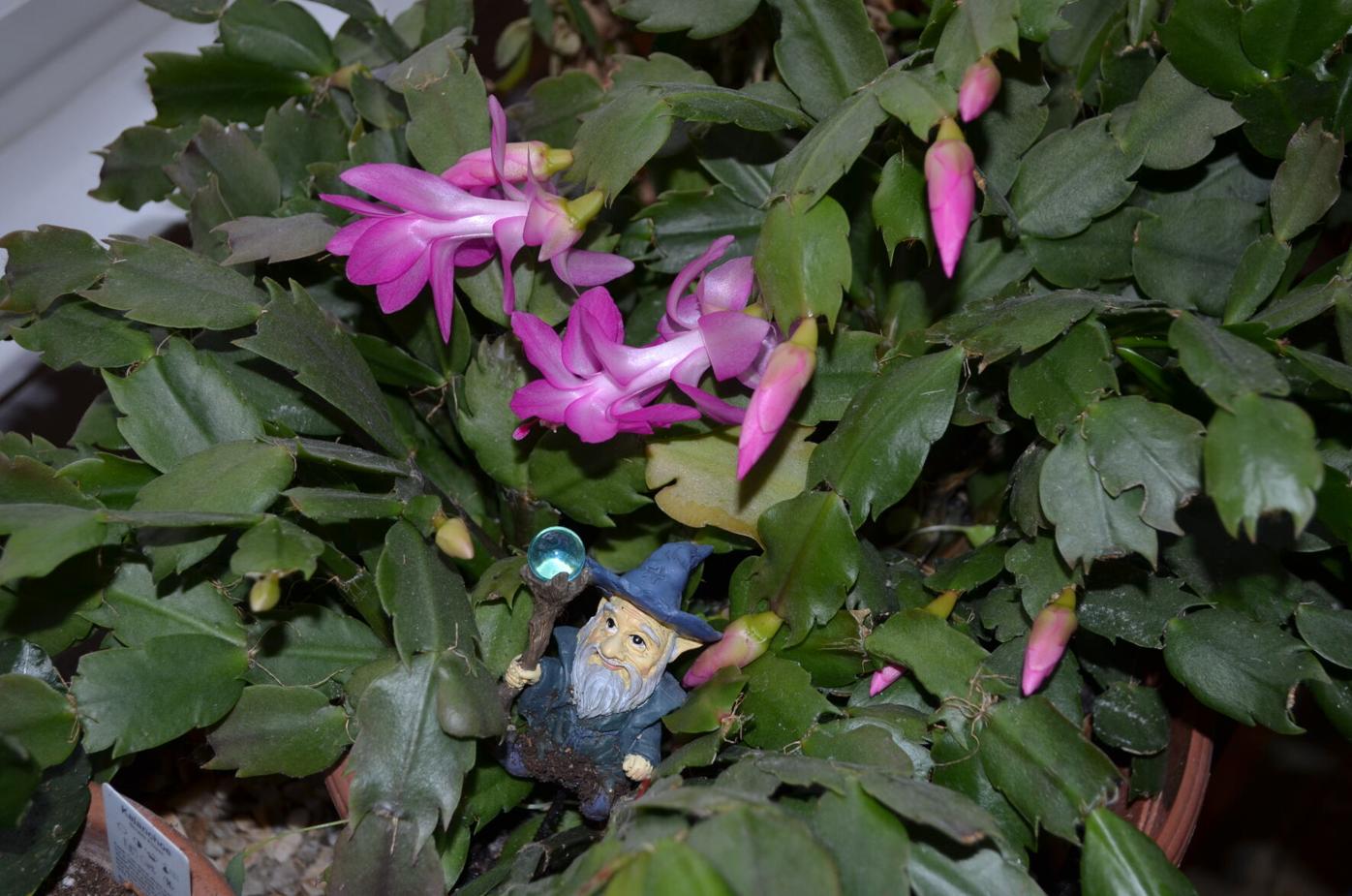 Blossoms of Thanksgiving cactus opening just in time for Easter.

'Tis the season of wacky weather with wicked winds!

Just last week, there were two days on which record-high temperatures were set. Then, there was this week, with its mix of sub-freezing temperatures, rain, a bit of occasional snow, and the wicked winds that brought down a few trees and numerous branches, and caused power outages. My plans to plant peas, the first outdoor crop I sow in spring, were blown away in Monday’s gale-force winds.

Each of those three is a separate species. They can be distinguished from one another by their leaf characteristics. Actually, the “leaves” are stem segments. Thanksgiving cactus has tooth-like projections from its leaf segments; Christmas cactus has rounded or scalloped leaf margins; Easter cactus has small bristles extending from the leaf margins. Despite the name “cactus”, these are not desert plants. Rather, they are native to the forests in the coastal mountains of Brazil and grow mostly in organic debris in the crotches of tree branches.

All three species are short-day plants, that is, their flowering is initiated by daily exposure to at least 12 hours of uninterrupted darkness. Thanksgiving and Christmas cacti will bloom after a minimum of 6 weeks of short-days while Easter cactus won’t bloom until it has experienced 8 to 12 weeks of such treatment. Cool temperatures, i.e. 60 to 65 degrees F, favor flowering.

Since our Thanksgiving cactus spent most of the fall in a room that seldom received light at night, it is possible that it was initially prompted to bloom in response to short days. However, once it came into bloom it was moved to a plant bench in front of a window with southern exposure in our living room, where daily intervals of 12 hours of darkness were rare. Our thermostat is set at 68 degrees F, so it is possible that cool temperatures overcame the requirement for short days.

Despite an educational background in plant sciences, I am baffled to explain the repeated intervals of bloom, rest and re-bloom in the absence of the required short-day exposure. Perhaps, it is a Thanksgiving cactus with a penchant for celebrating holidays. Or, it may be the work of a wizard hidden among the lush stems.

Here are a few tasks which are not baffling and do not need the intervention of wizards: