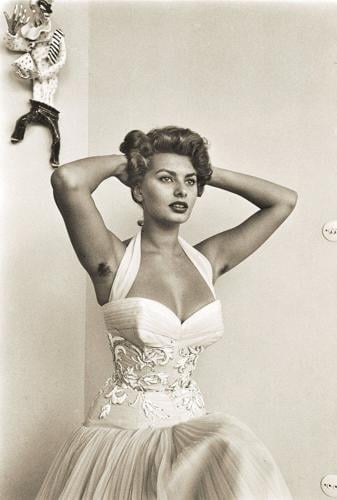 This never-before-seen portrait of Sophia Loren in 1955 is currently on view at Sohn Fine Arts in Lenox. 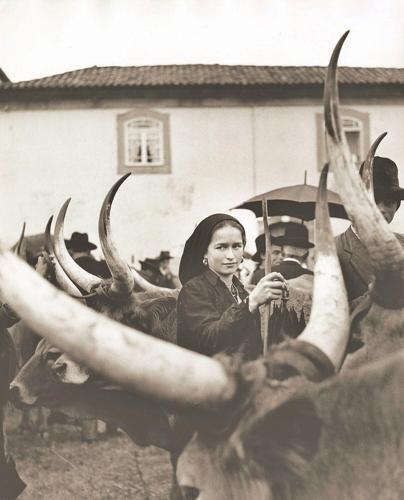 This image from 1952, taken in Portugal, is from a series of photos Ormond Gigli took while on trips to Spain and Portugal early in his career. 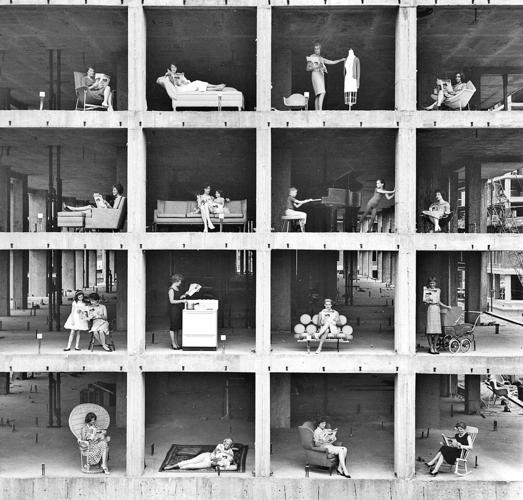 Ormond Gigli's 1962 image "Vignettes," was a play on his famous "Girls in the Windows." 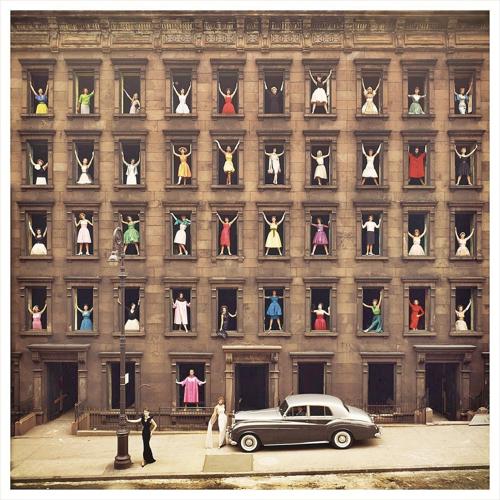 Ormond Gigli discussed his famous 1960 image "Girls in the Windows" during one of his last public appearances at Sohn Fine Art in 2019.

This never-before-seen portrait of Sophia Loren in 1955 is currently on view at Sohn Fine Arts in Lenox.

This image from 1952, taken in Portugal, is from a series of photos Ormond Gigli took while on trips to Spain and Portugal early in his career.

Ormond Gigli's 1962 image "Vignettes," was a play on his famous "Girls in the Windows."

Ormond Gigli discussed his famous 1960 image "Girls in the Windows" during one of his last public appearances at Sohn Fine Art in 2019.

LENOX — With explosive colors and carefully composed images, Ormond Gigli mapped out what was possible for photography in the mid-20th century. From one assignment to the next for the major magazines of the time, his sense of glamor and sophistication and his trained documentary eye crafted volumes of insightful celebrity portraits and iconic fashion shoots. But often overlooked was his more personal work, the shots he took on his travels outside the studio.

An exhibition of prints he made throughout his career brings some of those to light, along with some new perspectives on his most famous pieces. The exhibit "Untold Stories" is currently on view at Sohn Fine Art now through Sept. 20, and is a look at this artist who lived for many years in West Stockbridge until he passed away last winter.

"I always say his work is such an embodiment of that time," said Cassandra Sohn, curator and director of Sohn Fine Art, who met Gigli about eight years ago when she started representing his work. "If you want to see a snapshot of what life was like then, just look at Ormond Gigli's work."

All of the prints — some never before seen — come from the artist's collection and were chosen by Sohn and the photographer's son, Ogden.

"These prints were my father's favorites," he said.

At the center of the show is a print of his most famous image, "Girls in the Windows" from 1960, a large-format image of 43 brightly dressed women posing in the windows of a hollowed-out brownstone that was about to be torn down. Gigli had told the story behind the photo at an event at the gallery in April 2019, which turned out to be his last public appearance. The brownstone was across the street from his studio on East 58th Street in New York, and over the course of a few hours he rounded up models — including his wife and the building superintendent — and arranged the photo while the workers were on their lunch hour. It was a project that followed through on something that caught his eye, was done for himself without an assignment, and became his best-known work. Most recently, it was the inspiration for a spread in the current issue of InStyle magazine about life in quarantine in Brooklyn.

Almost as a variation on the theme is a work from 1962 called "Vignettes," which shows scenes of family life like cooking, cleaning and ballet practice staged in an unfinished apartment building, and was an ad for Ladies Home Journal magazine. Born in New York in 1925, Gigli learned his trade in the Navy during the Second World War. He became a sought-after freelancer, and shot for big magazines like Time and Life, and his sense of color and light helped define the era when images began to saturate our collective consciousness.

The exhibit at Sohn Fine Art includes some of his tools of the trade, including his large-format monorail camera atop a sturdy tripod with foldable spikes on the bottom to plant in the ground as needed, as well as his lights and flashes, and examples of the contact sheets he would use to choose the right image.

All of the silver gelatin prints for sale were created by the photographer, and are part of the collection now managed by Ogden Gigli, who is himself a photographer. He described how his father spent hours in the darkroom, a part of the process now being lost as digital imagery has taken over, but which he described as "a little bit of a sanctuary."

"There's something very soothing about being in a darkroom," he said. "It's a process of love."

Among the other prints are more iconic images, like "Girl in Light" from 1967 that has an unmistakable swinging 60s vibe. And there are a few of his celebrity works, like a portrait of Boris Karloff, and a never-before-seen portrait of Sophia Loren from 1955. But perhaps most interesting are a series of photos he took on trips to Spain and Portugal early in his career. They include some predictable portraits of stoic matadors and quirky shots of nuns, but more dynamic shots include a dancing Roma girl and another of a girl tending to her oxen with a mysterious smirk that would be more familiar to one of his Hollywood subjects.

Another simple snapshot of ox in a storm captures the scene and each individual slant of rain in a way that looks almost like anime.

"This is work that he personally loved, but he was certainly known more for his fashion and celebrity photography and this work wasn't seen as widely," Sohn said. "They are gorgeous images, and we wanted to honor his life in that way, and include works that we know would have meant something to him to have in this exhibition."