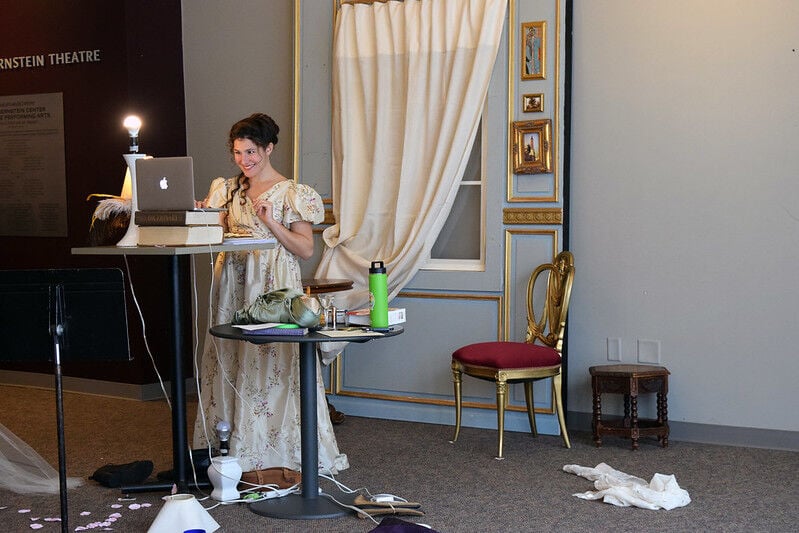 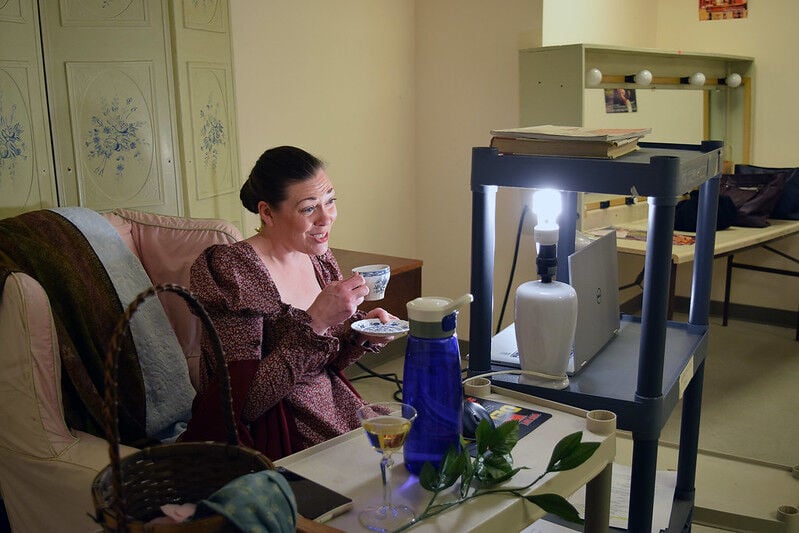 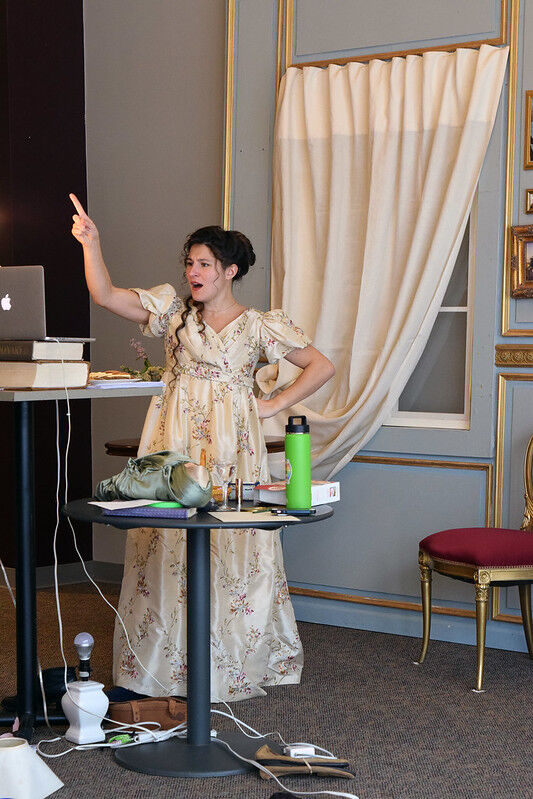 The adaptation was filmed in the production center in Shakespeare & Company's Elayne P. Bernstein complex. 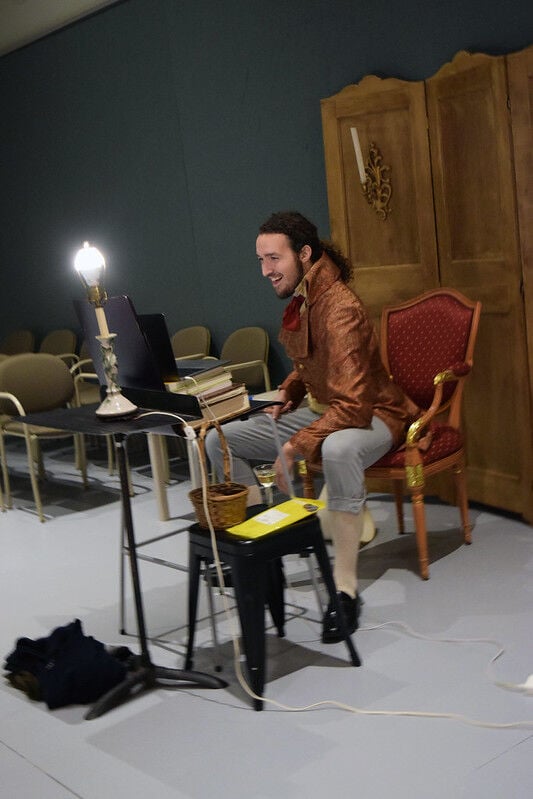 Nick Nudler as Frank Churchill. Mini-sets were created for each actor.

The adaptation was filmed in the production center in Shakespeare & Company's Elayne P. Bernstein complex.

Nick Nudler as Frank Churchill. Mini-sets were created for each actor.

LENOX — Very little is conventional about Emma Woodhouse, the eponymous would-be matchmaker heroine of Jane Austen's fourth novel; the last to be published in her lifetime.

Before she began writing "Emma," Austen famously described her as a heroine "no one but myself will much like."

Austen was wrong. Emma Woodhouse is one of Austen's more popular characters. "Emma" has been adapted for the movies — eight times; and multiple times on television, the stage, YouTube. Now, it's playwright Kate Hamill's turn.

Hamill describes herself as a "new play playwright," but she has often turned to classical literature as sources of inspiration. "Emma" is Hamill's fourth Austen adaptation. The playwright/actor also has written stage adaptations of Louisa May Alcott's "Little Women" and William Makepeace Thackeray's "Vanity Fair."

"I wanted to write new feminist classics," Hamill said by phone; plays featuring women who are both of their time and ours.

"I started in 2012," Hamill said. "At that time, the Austen adaptations were done by men. But [Austen's] work always centered around women; what they want as opposed to [what was expected of them] by society. What did you do if you were a woman of intelligence but [not allowed to act on it]?"

Emma is headstrong, impulsive, charming, independent, smart, too often without a sense of boundaries in mannered country society that was very much about boundaries, especially if you were a woman.

"She's an extremely flawed [figure] you love and are also horrified by," Hamill said, aligning Emma to Dolly Levi in the musical "Hello, Dolly!" or Lucille Ball's Lucy Ricardo in the 1950s "I Love Lucy" sitcom. "You want Emma to succeed, but you also want her to wake up.

Bock also is no stranger to Austen. Beginning in 2017 with Lauren Gunderson and Margot Melcon's "Miss Bennet: Christmas at Pemberley," involving Austen's "Pride and Prejudice" characters, costumed staged readings of Austen works have become something of a holiday season tradition at Shakespeare & Company. Bock has directed all of them. "Christmas at Pemberley" was followed in 2018 by Jon Jory's adaptation of "Pride and Prejudice." Last year, it was Hamill's adaptation of "Sense and Sensibility."

"Emma" was due to have its world premiere in April at the Guthrie Theater in Minneapolis.

"When we were planning our 2020 season, we were thinking of a different Jane Austen," Bock said by phone. "I thought 'Emma' would be fun."

Hamill said "yes" when Bock asked if Shakespeare & Company could do a staged reading this winter.

"It's a reading so I said 'Here's the script. Have fun,'" Hamill said.

COVID-19 changed everything. Like theaters all across the country, Shakespeare & Company canceled their season. But, Bock said, "we still thought maybe we could do a live 'Emma,'" but none of the possible scenarios made sense given COVID-19 protocols.

"I was heart-broken," Bock said.

Ironically, as things turned out, "Emma" became the only production planned for Shakespeare & Company's 2020 season to survive.

Only one actor, Jordan Cobb, contributed her performance from her parents' home in New Jersey.

"We sent her costumes and some prop pieces," Bock said. "She found a room in [her] house that fit Patrick's color scheme perfectly."

Brennan created a series of mini-sets — one for each actor — which were carefully marked out to keep actors safe from one another and within camera range.

Lohbauer and Brennan spent several days before the start of rehearsals setting up the mini-sets, props, costumes and technical elements. Scripts were attached to the actors' cameras so the reading doesn't look like a reading.

In total, Bock said in a follow-up email, "the work spread over three weeks in which everyone ... was also working on other projects."

The December show always has been a labor love, Bock said.

"It's our chance to have fun; to take just a reading and enhance the story with those elements that draw all of us to live performance," Bock said in her email.

"We've adapted that this year but, even in these crazy times, we found playfulness, joy and community in creating this 'Emma' as a holiday present for our audience.

"There is nothing like live theater — and I know it will return — but this was fun, too!"

"I think it's lovely that people are making theater," Hamill said. "I think if people love their local theater, now's the time to show up and watch."