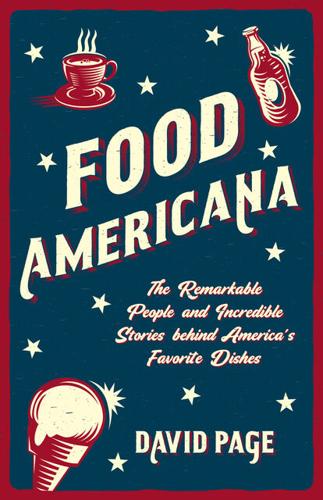 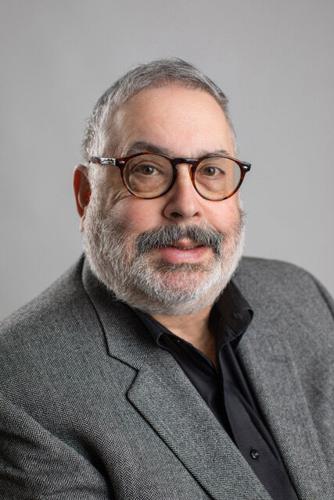 In New England, there are two ways to make a lobster roll; the right way and the wrong way.

And it might surprise you to know that neither the Maine version nor the Connecticut version took top prize in Down East magazine's inaugural "World's Best Lobster Roll Championship" in 2017. The quintessential "all-things-Maine" magazine awarded the prize to Ben and Lorin Smaha of Freshies Lobster Co. in Park City, Utah. Their winning lobster roll? A hybrid of sorts, butter on the lobster and mayo on the outside of the roll before grilling (a technique often used for grilled cheese).

"Their choice of how to do a lobster roll is bizarre to me, but they have a good reason for doing it," said David Page, author of "Food Americana: The Remarkable People and Incredible Stories behind America’s Favorite Dishes." "They're now up to three locations — one in Salt Lake City, one in Park City and one in Jackson Hole, Wyo., and they have a [food] truck. So, they're doing very well. Truth be told, they're displaced New Englanders."

But lobster rolls, he said, are part of a larger debate at the center of most of his book, about regional cuisine and its national availability. (Lobster rolls, he writes in the book, gained national attention in 1997 when they were "discovered" on chef Rebecca Charles' menu at the Pearl Oyster Bar in New York's Greenwich Village.)

"Ruth Reichl told me, to her, the only place you can eat a lobster roll is in Maine. And, OK, I share that sentiment about so many kinds of regional foods, especially when it comes to barbecue," Page said. "Reality is, given freezing technology and transportation technology, those foods are now going national. Now is it good or bad that you can experience a lobster roll in Utah, which is clearly not as brilliantly fresh as it would be on a dock in Maine, but is still pretty damn good? Or should it only be something you can get if you travel?"

"There are various forms of pizza, such as Detroit-style pizza, which has become all of the rage over the past couple of years, and is now available nationally — one of the chains is doing it. Is that good? Is that bad? The part of me that is old thinks you should have to go somewhere to get something special. The part of me that's realistic thinks, eh, if Smoke BBQ does Memphis ribs well, why shouldn't you be able to enjoy them in Chicago?"

Page, a two-time Emmy-winning television producer and creator/developer/executive producer of the Food Network's "Diners, Drive-Ins and Dives," spent two years researching and writing "Food Americana," in which he explores the origins and evolutions of some of America's favorite foods and cuisines. Among the foods profiled are fried chicken, chicken wings, pizza, oysters, bagels, ice cream, barbecue and sushi. The book also traces the evolution of Chinese and Mexican cuisines in America.

The book, Page said, had been "percolating in his brain" for a very long time. "It was especially spurred by my 'Diners' experience," he said. "I've just developed a deep appreciation, a deep love of good American food made, if possible, by mom and pops. Over time, some of the chapters started to foment in my brain and I finally figured it was time to sit down and see what comes out."

His travels took him into the fire pits of some of the best known barbecue pit masters in the country; into the kitchens of multi-generation family-owned businesses that attract customers from hundreds of miles away; to burger shacks, food competitions, and a sushi counter tucked inside an Oklahoma gas station.

"I learned all sorts of things that were surprising," Page said, "one of them being the way we first began consuming Mexican American food. It sounds uninformed and naïve to say this, you always think of Mexican food as being brought by immigrants. When, in fact, the beginning of Mexican food in America was when we staged a war with Mexico, won it, took half of their country and the people in that half of their country, who were one day Mexican, were, the next day, American. That's where Mexican American cooking began."

And, just as important, he interviewed the people eating at the places he visited.

"Food is a social lubricant, therefore the storytelling of food should be through people. The people who make it, who serve it and who enjoy it," he said.

Most important, was sharing every aspect he could of a singular food item. For the hamburger, a staple of the American diet, he traced its roots from German immigrants to the early beginnings of White Castle's square sliders and McDonald's burger assembly line to chef Daniel Boulud's $30 "DB Burger" — foie gras wrapped in red wine-braised short rib meat enveloped in ground sirloin atop a bed of crisp frisée lettuce and tomato confit, between a brioche-like potato bun topped with Parmesan, cracked pepper and poppy seeds.

"I found [Boulud's burger] interesting, because, he said, he was motivated, in part, by protestors who had burnt down a McDonald's in France," Page said. "And his reaction being, 'What's wrong with a McDonald's hamburger?' He then went on to create his version of what a haute cuisine French hamburger would be. If Daniel Boulud is not offended by the concept of a hamburger, we should all realize the simplest foods can be terrific."

But everyone will still have their favorite version of those foods. As for Page, when it comes to a New England lobster roll, he favors the Maine version: "If I'm going to have just lobster with butter, I don't want the roll."

Page, who grew up in Greenfield and spent his summers at a camp in Great Barrington — where tradition dictated parents brought their children Friendly's Fribbles (then known as the Awful Awful) during weekend visits — recently took the time to answer a few of our questions about what he's reading.

Q: What books did you use in your research?

A: I used more than 200 books overall. Many I read cover to cover, others I referred to selectively for specific topics. To name just a handful: "The Bagel: The Surprising History of a Modest Bread" by Maria Balinska; "Hungering for America" by Hasia R. Diner; "97 Orchard" by Jane Ziegelman; "Taco USA" by Gustavo Arellano; "Soul Food" by Adrian Miller; "The Tex Mex Cookbook" by Robb Walsh; "The Essential Cuisines of Mexico" by Diana Kennedy; "Oyster: A Gastronomic History" by Drew Smith: "The Science of Ice Cream" by Chris Clarke; "Cookery and Dining in Imperial Rome" by Apicius (written in Ancient Rome); "Building Houses out of Chicken Legs: Black Women, Food and Power" by Psyche A. Williams-Forson and "The Story of Sushi" by Trevor Corson.

A: "Ten Restaurants That Changed America" by Paul Freedman.

Q: What's your favorite book about road trips and food?

A: "Roadfood" by Jane and Michael Stern.

A: "Why the Innocent Plead Guilty and the Guilty Go Free" by Federal Judge Jed Rakoff; "Ocean Prey" by John Sanford; "The Joy of Ballpark Food: From Hot Dogs to Haute Cuisine" by Bennett Jacobstein; "Reagan at Reykjavik: Forty-Eight Hours That Ended The Cold War" by Ken Adelman (I was in Reykjavik covering that Reagan-Gorbachev summit for NBC News); "Is This Anything?" by Jerry Seinfeld; "Ghosting the News" by Margaret Sullivan and "The 1967 American League Pennant Race" by Cameron Bright (It was the year Yaz won the triple crown and led the Red Sox to the World Series. I was a 12-year-old with a transistor radio living in western Massachusetts).