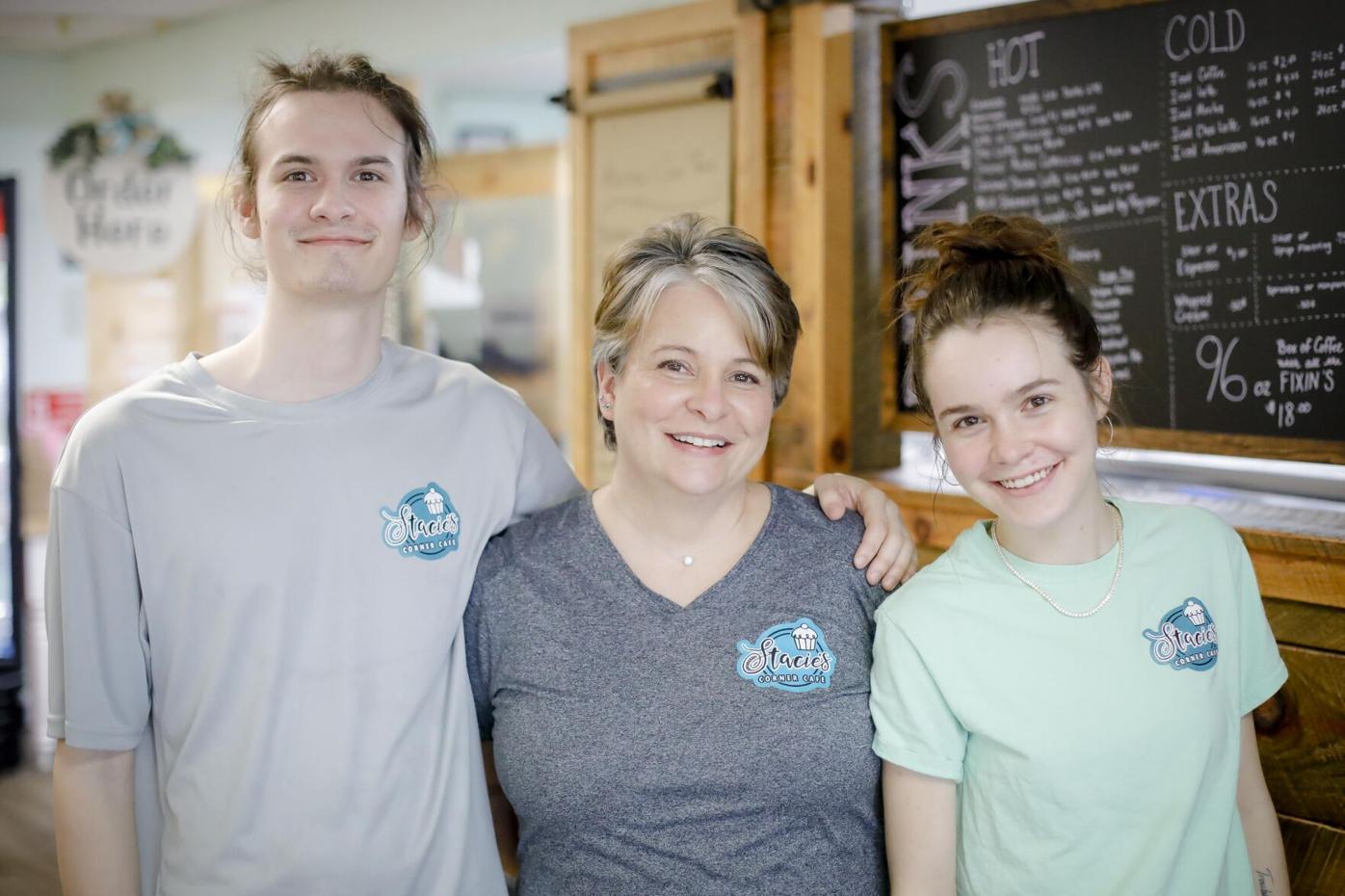 Owner Stacie McWhirt and her kids, Marie and Matt Ellis, at Stacie’s Corner Café in Dalton. 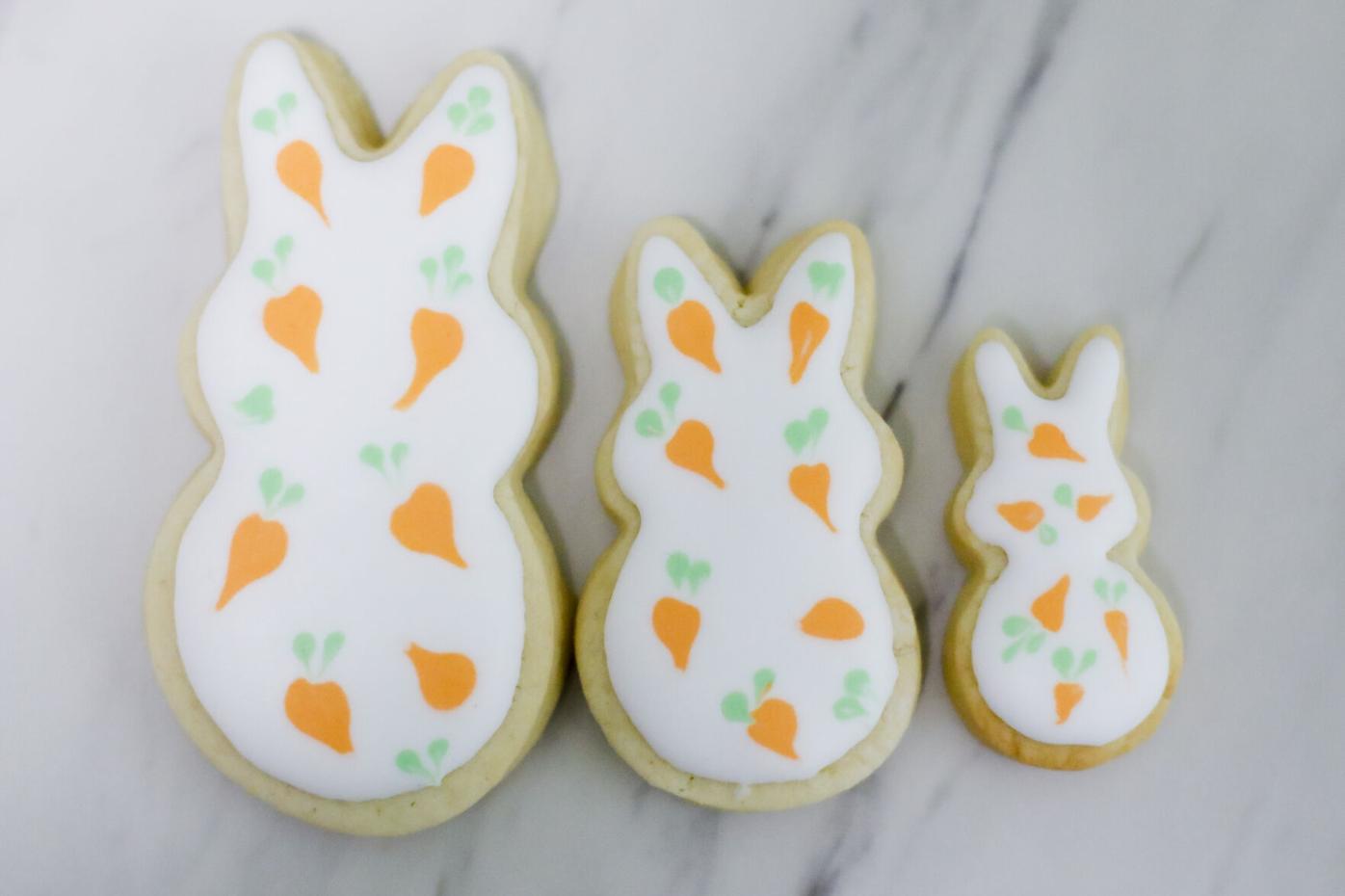 Easter cookies are frosted and ready for packaging at Stacie’s Corner Café in Dalton. 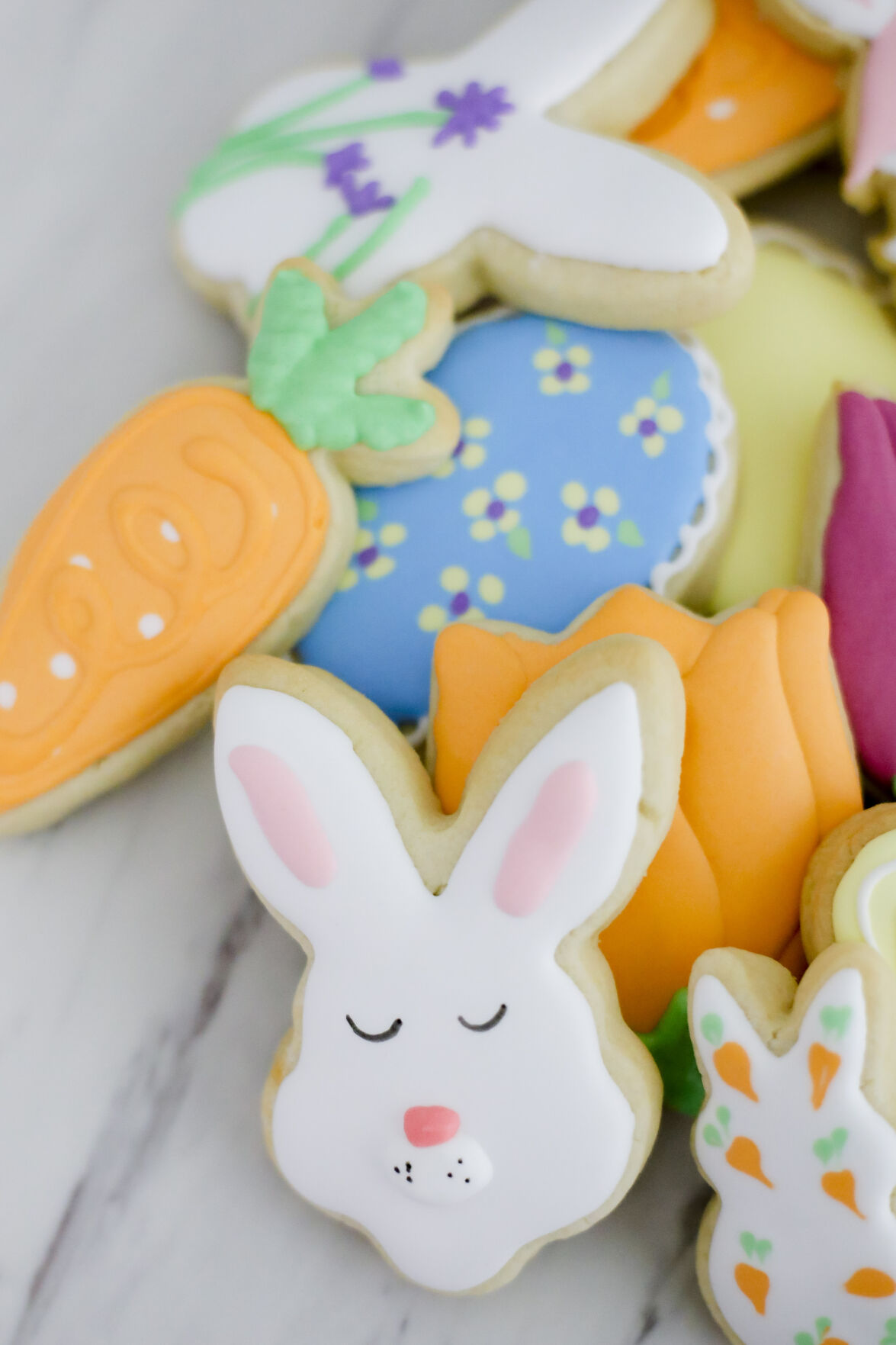 Easter cookies are frosted and ready for packaging at Stacie’s Corner Café. 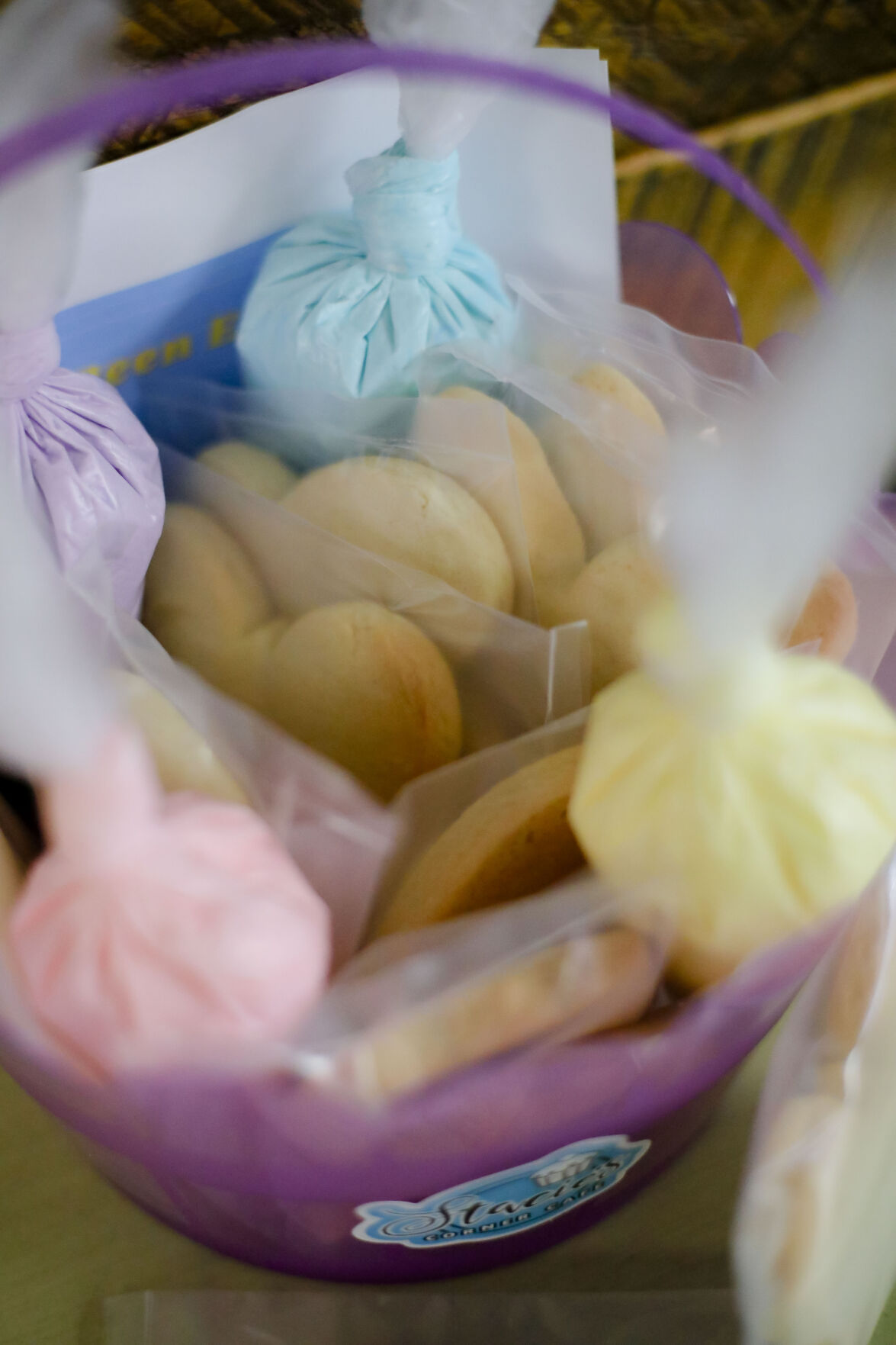 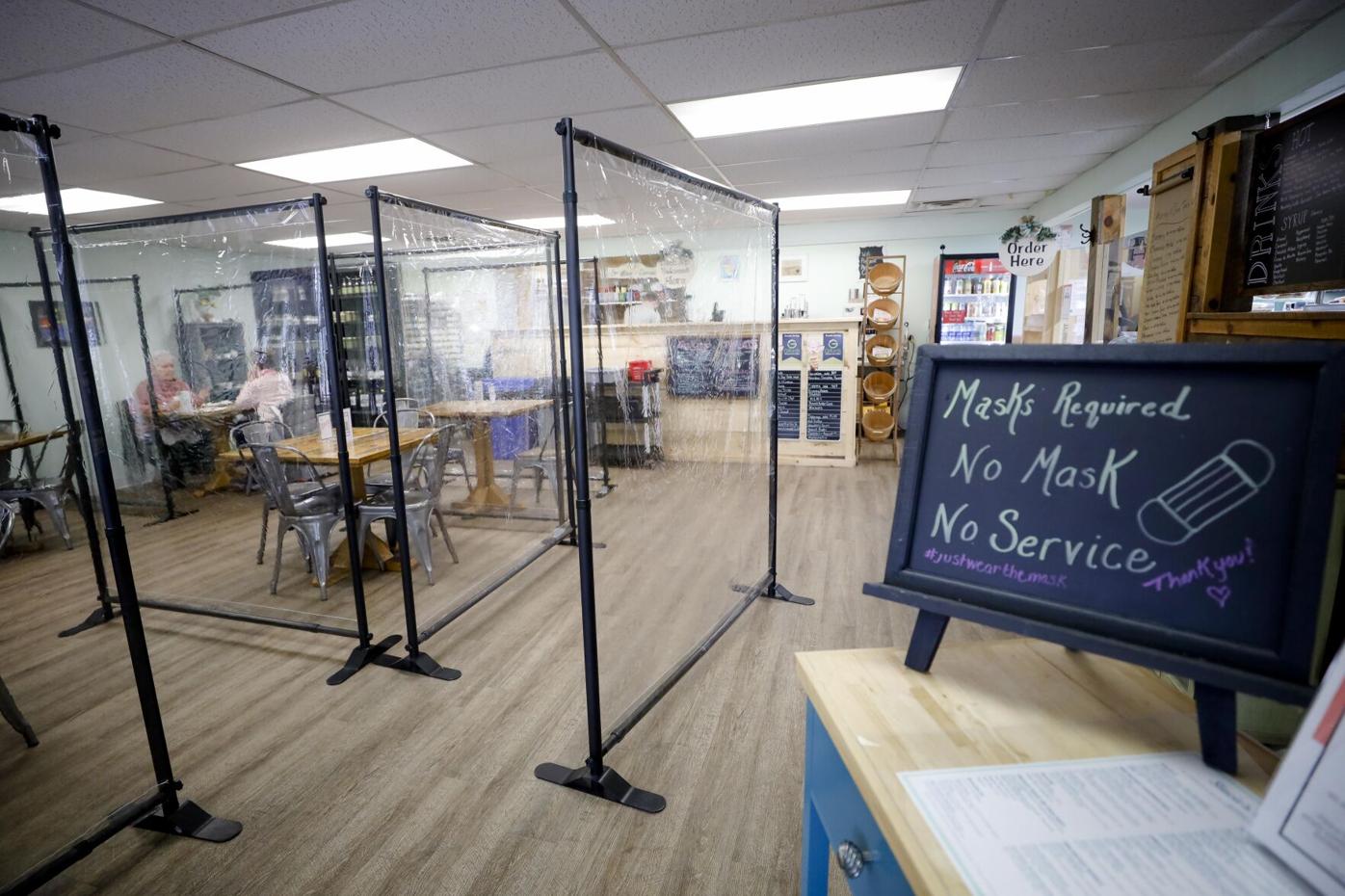 Indoor diners are separated by shields at Stacie’s Corner Café. 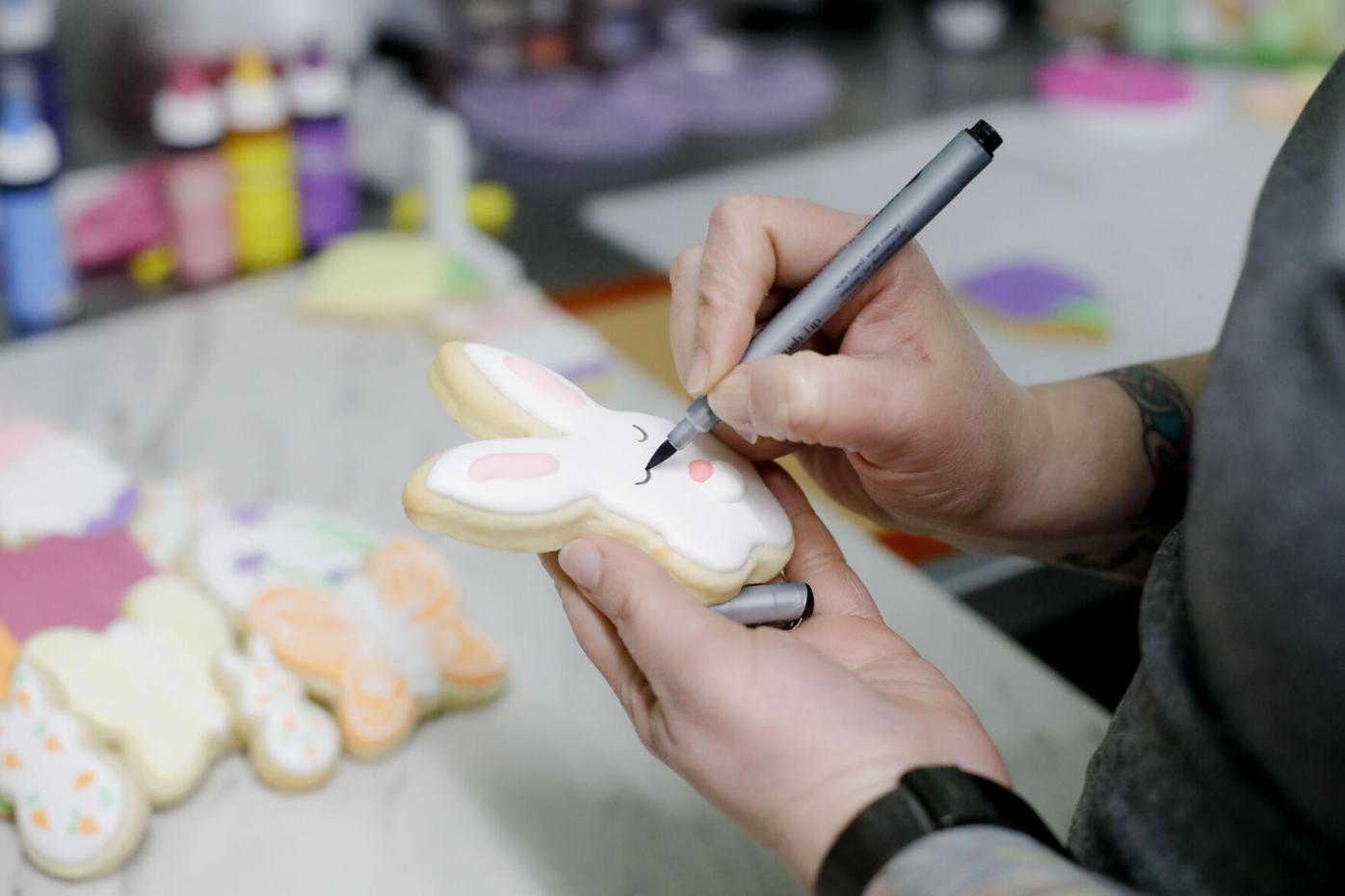 Stacie McWhirt, the owner of Stacie’s Corner Café, paints eyes onto an Easter bunny cookie at the café.

Owner Stacie McWhirt and her kids, Marie and Matt Ellis, at Stacie’s Corner Café in Dalton.

Easter cookies are frosted and ready for packaging at Stacie’s Corner Café in Dalton.

Easter cookies are frosted and ready for packaging at Stacie’s Corner Café.

Indoor diners are separated by shields at Stacie’s Corner Café.

Stacie McWhirt, the owner of Stacie’s Corner Café, paints eyes onto an Easter bunny cookie at the café.

"I was previously the general manager of The Ale House in Adams. It closed and I was without a job and we had just bought a house together," Stacie McWhirt said in a recent phone interview. "We saw the [empty] space and said it would make a great café."

They renovated the space, putting in a new floor, walls and a commercial kitchen, among other things. "We got an architect, went before town boards [for permits] and opened Nov. 1, 2017."

The café served breakfast and lunch, and featured homemade muffins and drop cookies.

"Our vision was to only use Berkshire County businesses, locally sourced through Wohrle's Food or Crescent Creamery," McWhirt said. "We are off Williams Street, which is a good neighborhood, and the residents have more disposable income. We got a lot of retirees and became a neighborhood establishment. It's a different environment than being downtown."

And then the COVID-19 pandemic hit the United States in March 2020 and restaurants were forced to close their doors to inside dining.

"We said, 'What can we do? It's a sad state of affairs. What can we do for our customers?'" McWhirt said. "We decided to just bring happiness with the goal of serving happy food."

The McWhirts closed the café for a week that June to put in an ice cream counter featuring Crescent Creamery ice cream. They also added monthly specialty lattes that reflected a holiday that month or the time of year, "Just to bring some fun."

The café also began offering dinners to go. "Single meals, but with healthy, good-sized portions [which a couple could share]," McWhirt said. "Something a customer could pick up, bring home and reheat. Comfort food, such as shepherd's pie or chicken pot pie."

McWhirt said they offered the meals because they knew were a lot of elderly people in the café's neighborhood. "We did delivery and would leave it on the porch," she added.

The café was limited to only five indoor seats when the state capacity mandate was at 25 percent. So, Scott McWhirt painted four picnic tables and the café offered outside dining. As summer turned into fall, Stacie McWhirt made baked doughnuts from scratch and added them to the menu.

Although the café had always done side dishes, pies and rolls for people to order for their Thanksgiving dinners, last year it offered dinners that included a turkey breast and mini pies, so people would be able to have a scaled-down Thanksgiving dinner.

And then there's Cookie World, which Stacie opened last year at Christmastime. The sugar cookies are 1/2-inch thick and hand-decorated with royal icing by Stacie. During the phone interview, she could be heard sliding cookie sheets of the 2,700 Easter cookies ordered by customers into the oven.

McWhirt said most of the decorated cookies she creates take three to five days to complete. She recently bought a 3-D printer to create unique cookie cutters.

The cookies, at $48 a dozen can be ordered online for baby showers, weddings, birthdays and anniversaries, McWhirt said. A customer recently paid for cookies to be sent to U.S. troops.

And while trying to keep the café going, the McWhirts also made sure to always promote happiness in a less-than-happy time. "We did dances with desserts on TikTok and skits when we were doing curbside pickup, and we did Jib Jab," McWhirt said.

They also went live on Facebook to explain what they were doing, how they were running and to inform customers of any changes. They wanted to keep it as safe as possible, but still wanted to instill caring and kindness.

And to that end, lest anyone think it was all about the café surviving the pandemic, Stacie's Corner Café teamed up with a local neighborhood Facebook group to provide meals for staff in departments at Berkshire Medical Center, up to 50 servings at a time. The group would raise the necessary funds and the café would make the dishes, which included quiche, wraps and spaghetti. Soon other businesses became involved including Mazzeo's and Otto's and sandwich lunch boxes were added.

The café is open now at 100 percent capacity and can seat 20 customers at a time, plus the four tables outside in good weather. There are barriers between the tables and 6 feet of space.

"Basically, we made it through the pandemic through prayers and happiness," McWhirt said. "We keep it transparent. The biggest thing we talked about was just making people smile. There was just a whole lot of sadness …"