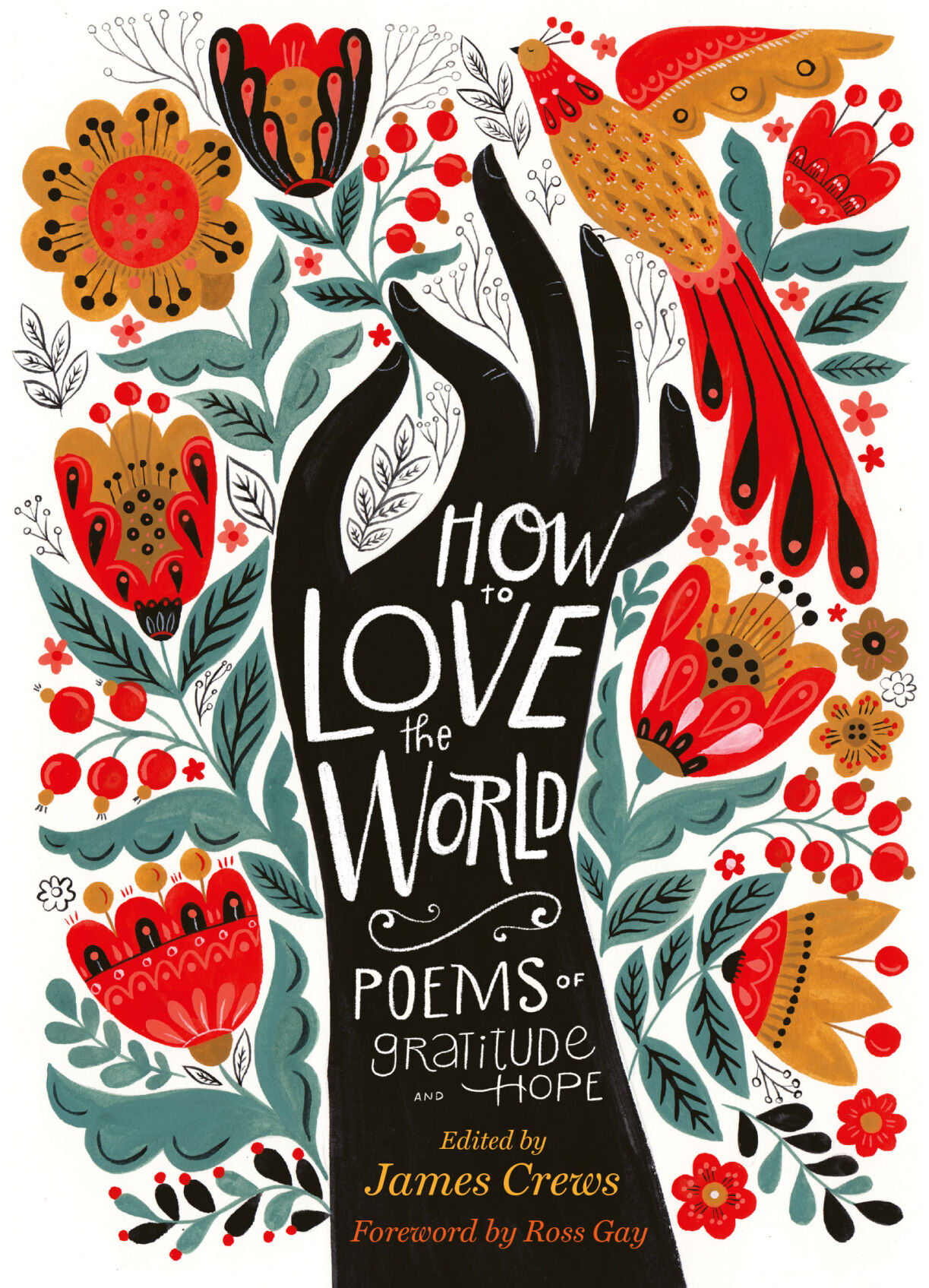 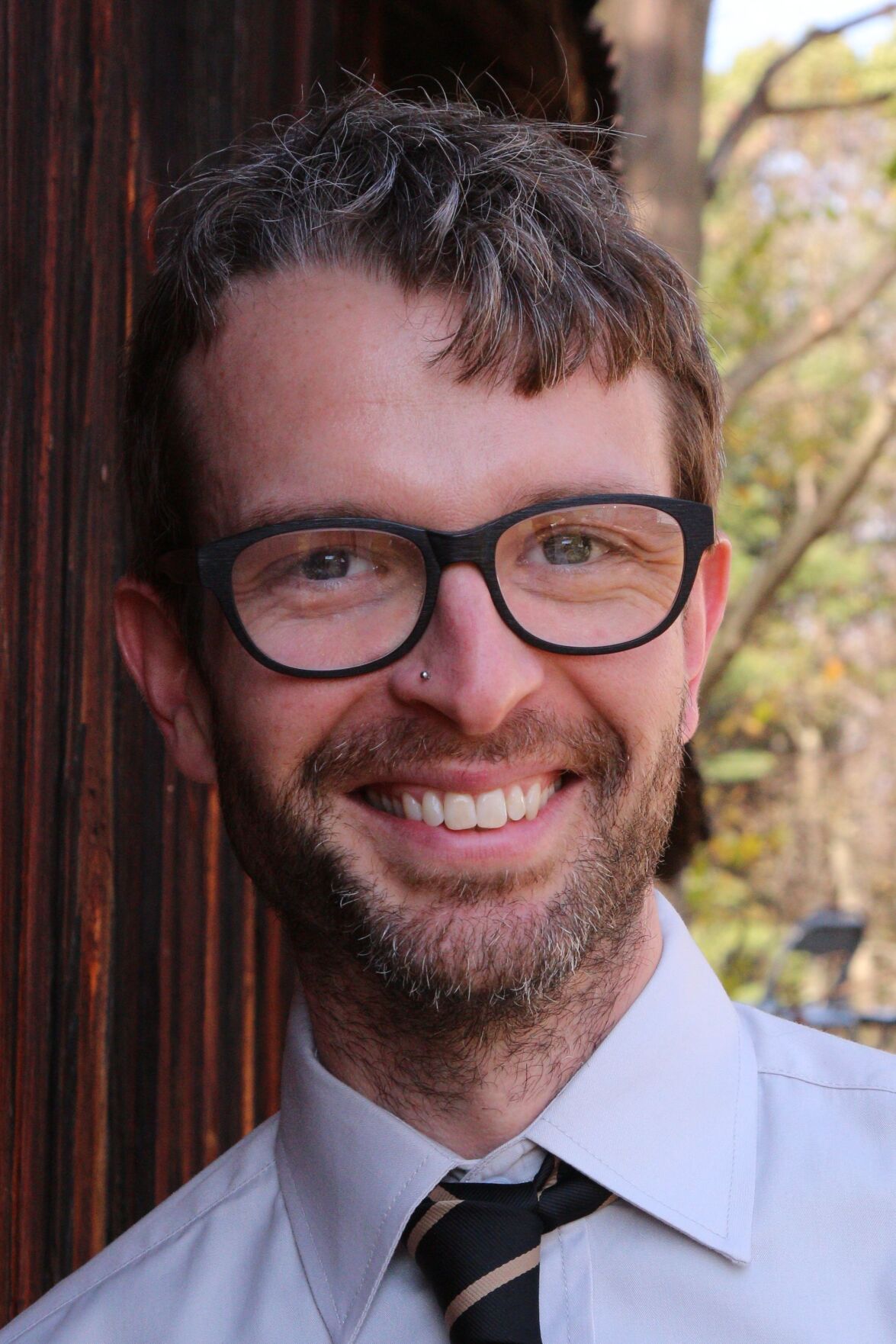 James Crews was already collecting poems of joy, hope and gratitude for "How to Love the World," when the novel coronavirus pandemic suddenly spread across the globe; forcing the majority of the population to shelter in place for the better part of 2020.

"I was putting the book together right before spring and I was just in search of some of that hope of a new day to come," Crews said.

A year later, those much needed messages of renewal, of new life, he said, "feel more relevant than before."

"How to Love the World: Poems of Gratitude and Hope," set for release on March 23, is Storey Publishing's first book of collected poems; its first book of poetry. Crews, who lives on an organic farm with his husband in Shaftsbury, Vt., is a professor of poetry and creative writing at the University of Albany and the author of three collections of poetry of his own.

"It did take some convincing, since they typically do [books focused on] recipes, health and some really great DIY stuff. For me, this book is a DIY, focused on gratitude and joy. I hope that each of the poems shows readers how I found hope; how I found a moment in all the craziness," Crews said.

The collection features 100 poems, along with several "reflective pauses" — a short reading and writing prompt on topics like "the joy of making" or "pieces of heaven" — aimed at getting the reader to slow down, reconnect and remember moments of joy and happiness.

"I brought in some of those with me when I first met with Deb [Balmuth] and Liz [Bevilacqua] at Storey. I wanted to give them a little bit of insight into the book I wanted to put together. Most poetry is not geared towards mainstream readers. I wanted to put together a collection of poems that are understandable," he said. "Some of them are short and you can breeze right through them; some of them will give you pause because they are applicable to your own life — a moment shared with a partner or had with your child. The best poems are an invitation to write and reflect on our own lives."

The first criteria for including a poem in the collection, other than matching the theme of gratitude and joy, Crews said, was accessibility for the reader. He then reached out to other poets, such as Ellen Bass and Ted Kooser, his mentor while a student at the University of Nebraska, who supplied both poems and suggestions. Other poems, popped up on social media sites.

The book was complete when Crews heard Amanda Gorman's "At the Age of 18 — Ode to Girls of Color."

"I'm so thrilled to include her letter to her younger self, 'At the Age of 18 — Ode to Girls of Color,' a coming-of-age poem, that has never appeared in a book before," he said. "I heard her on a podcast. I was aware of her, but not familiar with her. I started watching videos on her online and I thought, 'this is someone special.' I had submitted the manuscript, but I knew I wanted to include this poem. We had to go through her agents and we had to pay a permission fee — which she is worth — to use it."

Gorman, in January, became the youngest inaugural poet in U.S. history when she read "The Hill We Climb" at President Joseph Biden's inaugural ceremony.

"She is making people open up to poetry in a brand new way," Crews said. "She is a special poet."

Mainstream readers, he said, are not typically exposed to poets who write about the everyday experience.

"I think poetry has a public relations problem. There are lots of different kinds of poetry, but the poems that are typically taught in school are hundreds of years old, by dead white men and a few [dead, white] women. There's not a lot of diversity of voice. Most people don't realize poets are out there writing about everyday things," Crews said. "People are writing poetry about zooming and wearing face masks. This poetry is not typically lifted up as being the best. The ones that we see in The New Yorker — they intimidate even me — they are academic ones, that to come close to understanding, require reading and re-reading."

"How to Love the World" features diverse voices speaking about everyday experiences, told in the language of "right now."

"My life's mission is to bring poetry to the larger mainstream audience," Crews said. "I wanted to put together poems that have value and are lighthearted … There are lighthearted poems out there, they're just heard to find. I'm so grateful that Storey allowed me to put find more poets and poems like this."

"How to Love the World: Poems of Gratitude and Hope"