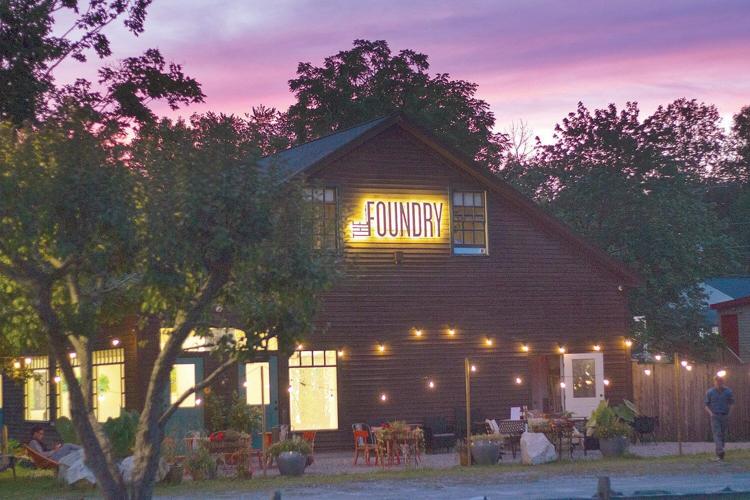 The Foundry in West Stockbride will celebrate it's one-year anniversary in March. 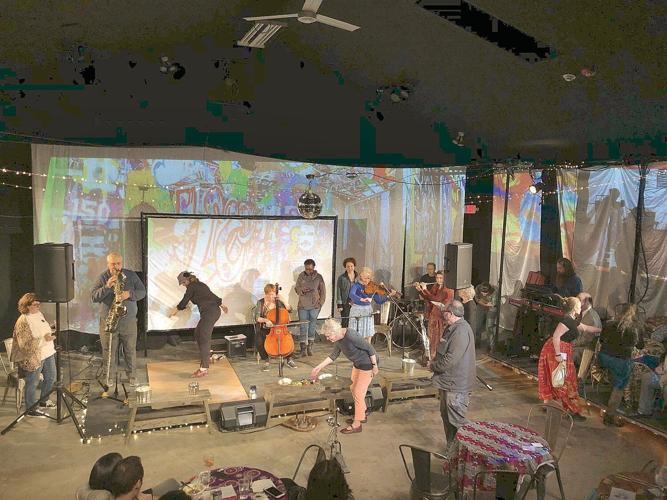 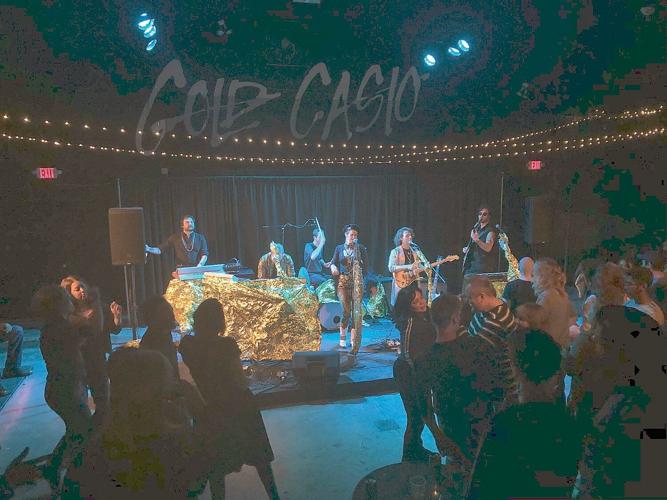 The performance space offers live music, theater and a space for community events and art exhibits.

The Foundry in West Stockbride will celebrate it's one-year anniversary in March.

The performance space offers live music, theater and a space for community events and art exhibits.

WEST STOCKBRIDGE — Since first opening in March 2019, performing and visual arts space The Foundry has been busy with a full calendar of unique events.

Events have included everything from local middle school plays to "avant-folk" concerts, to cabarets and drag shows, to Paint & Sip gatherings and open mic nights, to chamber music, embroidery workshops and nonprofit fundraisers.

Amy Brentano, owner of The Foundry and artistic producing director, said offering diverse programming fosters a diverse audience and brings the community together.

"It feels like part of the mission now that we are celebrating our one-year anniversary," Brentano said.

Since she bought the building in January 2019 and transformed it into a venue from a glass blowing studio and previous art gallery, Brentano said she has learned many lessons in her first year of business.

"Right now, people really want a place to come together," Brentano said. "There's all different reasons to do that, but one mission is to bring together inter-generational audiences, from diverse socioeconomic backgrounds — an audience that doesn't look like each other."

Brentano said she curates performances from outside the area and supports local artists, especially since there are many young people in the Berkshires who need accessible and affordable culture.

"We support often under-heard artists, who we are often a `holding tank' for," she said. "We will stick to our mission — we love supporting local bands; they come here to play stuff they haven't tried anywhere else, instead of more of the same. We'd love for them to get a crowd out there, and build a following."

In celebration of the performance space's 1-year anniversary, The Foundry is thinking outside the Berkshires with a lineup of musicians hailing from Austin, Texas. Singer-songwriter Carson McHone will perform Saturday; doors and the bar open at 7 p.m.

An Austin native, McHone has released two records, "Goodluck Man" in 2015 and "Carousel" in 2018, with popular songs such as "Good Time Daddy Blues" and "Sad." Her throaty Texas twang singing melds with roots rock-influenced tones and country-bluegrass instruments like steel pedal guitar, fiddle and piano. McHone has been recognized by Rolling Stone magazine as one of "10 New Country Artists You Need to Know," and her album "Carousel" was selected by the magazine as one of the "40 Best Country and Americana Albums of 2018."

Other Americana artists who will soon perform at The Foundry are Pieta Brown on March 6, Amy LaVere and Will Sexton on March 14, and Sarah Burton on May 30.

Brentano has faced many challenges in her first year of business, she said.

The biggest, she said, was transitioning from a career in running nonprofit theater organizations into being a commercial property owner and entrepreneur. Brentano, 58, lives in Richmond and has been in the Berkshires for 18 years. She, her husband and daughter moved here from Manhattan where she lived almost all of her adult life.

"That's a new experience," she said. "Everything that comes with owning buildings — renovating and updating, taking a glass blowing studio turned into a black box theater — that was a learning curve. Commercial property owning — that is a learning curve."

Another challenge is in attracting a diverse audience when there is no public transportation to West Stockbridge, Brentano said.

"That offers issues I'd love to address," she said, adding that State Sen. Adam Hinds held a forum at the venue, talking about that issue.

Brentano said ideally, she would like to expand the audience west into the Albany area, east into Northampton and the Pioneer Valley, south up from Great Barrington and north from North Adams and other parts of Berkshire County.

Still, Brentano said she doesn't take out big ads because she wants to keep the reputation of being "a special little gem of place."

"I love it when people are like, `Oh, do you know about The Foundry?" she said. "We want to make everyone feel like it's a home they can come back to."

Going into the second year for The Foundry, Brentano said they are going to continue offering writing workshops with different artists, giving people the chance to perform at open mics every third Thursday, and possibly offer music workshops and teach guitar lessons for teenagers.

"Because the space is so flexible, we are able to do many different things," she said.

Brentano said she is looking forward to celebrating "30 under 30" in March, the fourth annual year of the visual arts exhibition that was previously held at No. Six Depot Roastery and Cafe in West Stockbridge.

Brentano said the venue, the largest piece of commercial real estate in West Stockbridge, borders the West Stockbridge Farmers Market and the Williams River, and is licensed to serve alcohol and have entertainment outside in the summer.

She said she would like to continue to collaborate with local merchants such as Soma, who have brought their food truck outside of the venue in the past, to offer food to guests that they can enjoy while having a cocktail and listening to music or viewing art at The Foundry.

"People can gather around different art shows, buy dinner, have a drink," she said. "It's a happening spot."