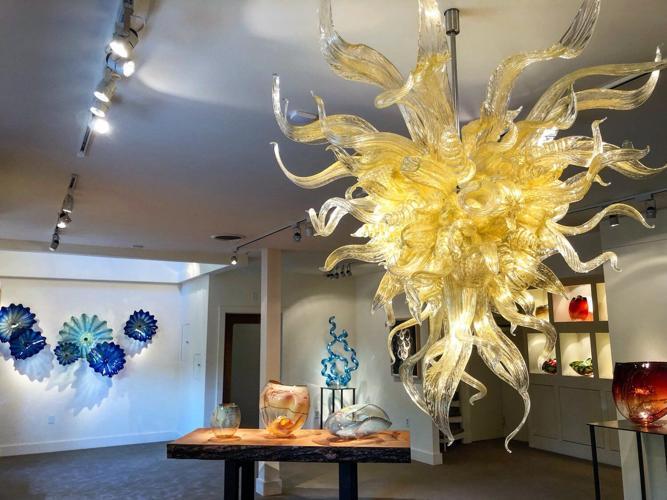 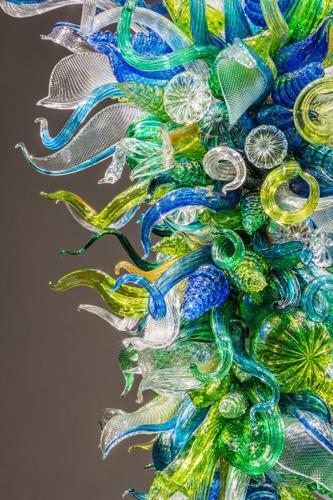 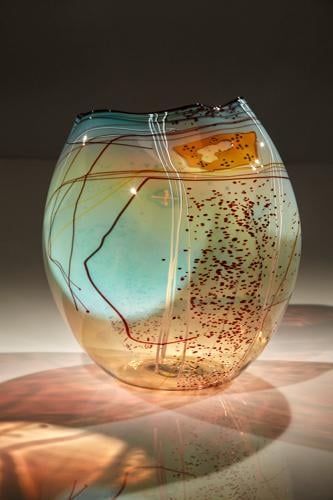 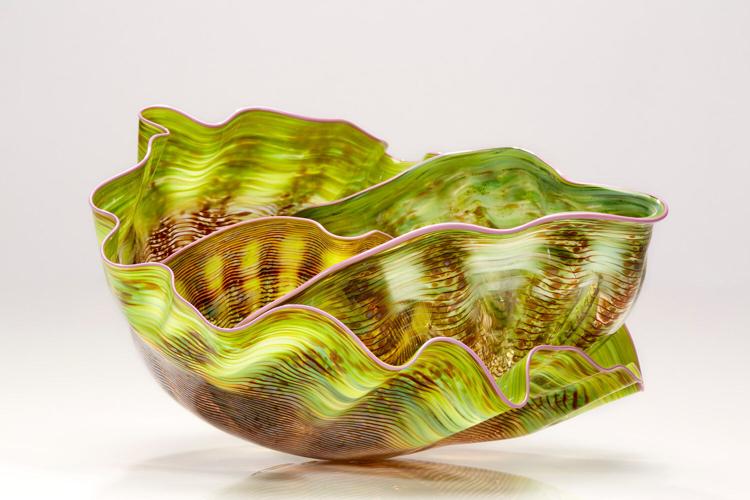 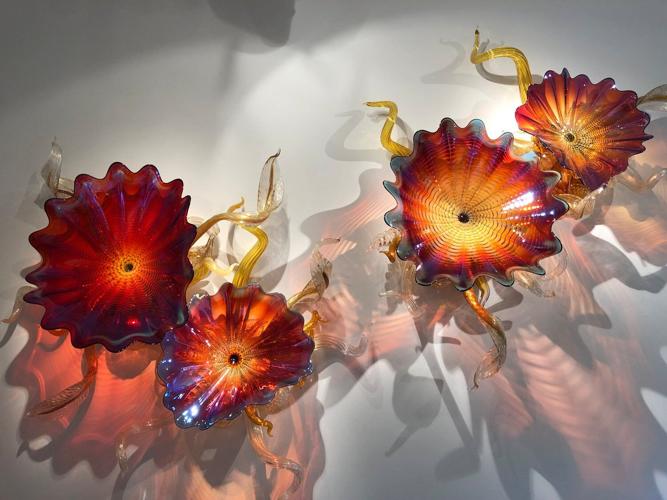 "Copper Ruby Persian Wall Scone, 2019" was created specifically for the show, "Chihuly" at the Schantz Galleries. 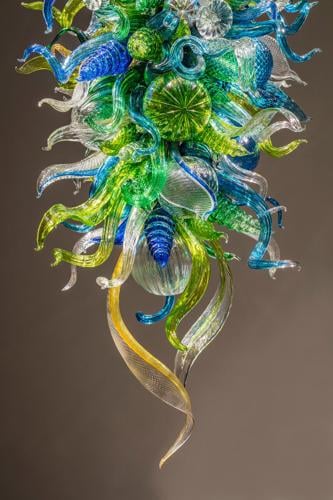 "Copper Ruby Persian Wall Scone, 2019" was created specifically for the show, "Chihuly" at the Schantz Galleries.

STOCKBRIDGE — Dale Chihuly's work resides in more than 200 museum collections around the world, but the famous glass artist's pieces are a rare sight in smaller venues. According to the artist's website, only eight galleries represent his work. One is in London. Another is in Hong Kong. Some of the others are based in Toronto, Taipei City, New Orleans — and Stockbridge.

While Stockbridge may not offer the hustle and bustle of the aforementioned cities, glass art enthusiasts know where to find Schantz Galleries, an esteemed hub for the medium owned by Schantz and his wife, Kim Saul. Chihuly himself has a longstanding relationship with the gallery that dates back to the 1980s, when it was known as Holsten Galleries. For his latest Schantz exhibit, the studio glass movement leader worked with his team to design a show for the Elm Street space. Featuring art from a variety of series produced throughout his career, "Chihuly" also includes two chandeliers and installation pieces created specifically for the exhibit. The cross section of Chihuly's art portfolio provides a vibrant array of color in the compact gallery's lower floor, a different arrangement than one at a major institution.

"It's much more like a residential space, so you get to experience his work, I think, in a much more personal way," Schantz said.

Upon entering the space, "Golden Ice Chandelier" greets gallerygoers, its strands looping and curling like otherworldly icicles. The piece's color might lead some to look for a light within its body, but that search would be futile. Don't bother squinting through the tropical hues in Chihuly's "Beryl, Blue and Opaline Chandelier" on the other end of the room, either.

"They are called 'chandelier' as a way to pay homage to Venetian chandeliers, but they are not light fixtures. They're hanging sculptures," Schantz said.

In 1968, Chihuly received a Fulbright fellowship to work at Venini & Co. in Venice. By that time, the artist had earned degrees from the University of Washington, the University of Wisconsin-Madison and the Rhode Island School of Design.

"If I had had that interest 10 years before it would not have been possible to study glass," Chihuly is quoted as saying in "Chihuly: On Fire."

Chihuly went on to receive an MFA from RISD and spearheaded the school's glass program for years. He also co-founded Pilchuck Glass School near Stanwood, Wash., in 1971. In the 1980s, he began showing work at Holsten Galleries on Elm Street. His last exhibit in the Schantz space was in 2016. The current show required a three-day shutdown of the gallery's lower floor during July and, back in April, a four-day installation of the "Beryl" chandelier.

The artist didn't make the long trip to Stockbridge this summer. Often, people come to him. On Wednesday morning, a couple devotees roaming the gallery mentioned visiting his Washington studio and meeting him, and every year, Schantz Galleries takes collectors to the site. Chihuly's studio is a large operation; his team was vital in the aftermath of a 1970s car accident that caused him to lose sight in his left eye and a subsequent shoulder injury that ended his glassblowing days. But he still paints, draws and, in the process, provides the concept for each piece. (Some of his drawings are on display in the exhibit.) In addition to his "incredible talent," Schantz cited Chihuly's leadership as one of the reasons why the artist has become so renowned.

"He's a teacher, so, being able to share and communicate his ideas and really build his vision by bringing people together, much like a film director, that's what brought him to this level of international fame," Schantz said, "and also, it allowed for him to do these large-scale pieces. To be able to work on this scale, you need a team of people to develop this work."

Occupying a significant portion of a wall near the gallery's entrance, "Copper Ruby Persian Wall Sconce" is one such installation. The 2019 work presents two pairs of flowerlike forms, their wavy ruby ends contrasting with their yellow, candle-conjuring centers. The work draws from the open forms in the "Persians" series but also evokes his famous "Baskets," some of which are on view at the gallery. "Blue Waters Persian Wall," the other major installation, is more typical of the flatter "Persians."

"Macchia," "Seaforms" "Rotolo" and "Ikebana" are other series inspiring pieces in the show. The backlit "Ikebana Glass on Glass Painting" (2017), meanwhile, represents one of the artist's new endeavors. Its congealing and spreading reds prompt questions about the piece's layers.

"Comprising glass panels that are painted with vitreous-glass enamel, then layered atop one another to create a single unified vision, Glass on Glass invites interaction, revealing the surface of each distinct layer and the composition's depth as the viewer changes position," Chihuly's website says.

"It has a great deal of meaning," Schantz said, "bringing those two worlds together."