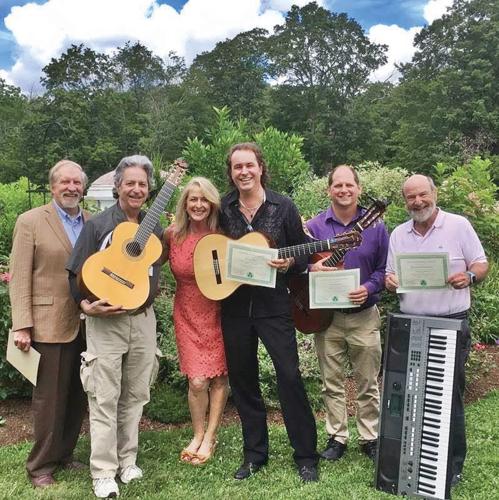 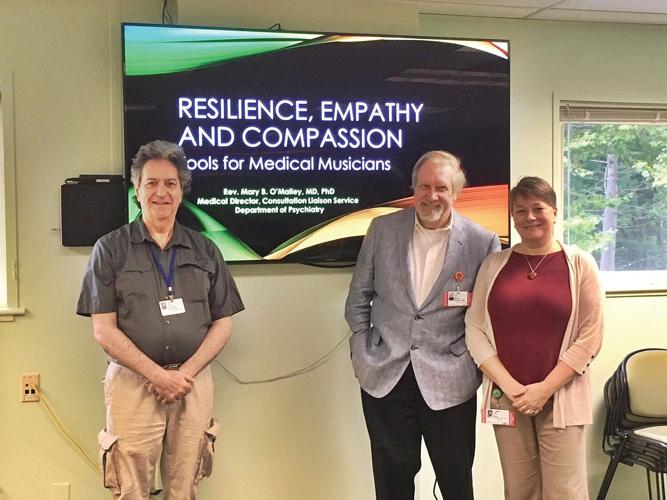 Music's role in medicine is being rediscovered, with Broadway plays about musicians helping mentally ill royalty and sopranos singing in brain scanners at the National Institute of Health. Music has always been a part of medicine, since the first mother sang to her sick child and David played harp for Saul's migraines. But modern functional magnetic resonance imaging (fMRI) and brain neurotransmitter scans provide evidence of music's effect never before available.

An fMRI looks different with one's favorite music than just background Muzak. PET scanners show specific changes in individual chemical "transmitters" used by the brain's nerve cells. So, not only is there increased interest in music's role in medicine, there are now tools available to actually measure music effect on the brain and perhaps even "find the right prescription" for an individual patient.

At the same time, advances in the medical specialty of critical care for intensive care unit (ICU) patients have shown how different the injured, sick and critically ill patients are from the well. It's not just the leg that's broken or the heart that's attacked — there is a "whole body response" to injury and illness involving immunology, inflammation, metabolism and brain function. Health care providers are looking for every possible modality that may improve survival and recovery, including "the environment of care."

Many years ago, an ulcer drug thought perfectly safe in healthy patients was shown to have very different metabolism in the critically ill and could even lead to coma. In critical illness, drugs work differently than in healthy people, are broken down differently, may last longer, and have side effects and interactions with other drugs not seen in healthy patients. Environmental aspects of recovery may help to minimize the need for many drugs, particularly sedatives and opiates.

The brain works differently in critical illness and injury, which can lead to "ICU Delirium," post-operative depression, and deconditioning of the entire body. In ICU delirium, the patient has active visual and auditory hallucinations, as well as variation in alertness, emotion and interaction. While delirium is common in the ICU and occurs to some degree in nearly one third of ICU patients, patients with delirium have a higher likelihood of death. Environment of care strategies, which might prevent it, need to be seriously studied.

Modern data bases and statistical tools now permit study of "What helps doctors and health care providers achieve the best outcome?" to a degree never before possible. One outcomes tool, from the American College of Surgeons, studies 140 different medical factors that affect recovery and survival. Other data bases permit measurement of how spouses, family, friends, social and economic support have a much larger impact on outcome than was appreciated in the past.

In a study published in 2015 in the English medical journal Lancet, researchers found 73 well-designed studies on the use of patient-selected recorded music for patients undergoing surgery. All studies demonstrated a decrease in the need for sedatives and opiate pain relievers. As caregivers face the challenges of the opiate epidemic and overdose deaths, this is the single most effective non-drug modality for better pain control yet described.

In 2010, the United States Department of Transportation published a report on the economic effects of vehicular trauma. It estimated the non-medical income and economic loss of fairly routine automobile accidents was between $20,000 and $70,000 per event. In the United States today, one third of couples have no savings, and another third have less than $1,000. So the emotional challenges of physically recovering from the accident are also markedly affected by this economic distress and strain. One in six marriages ends within two years of a major vehicular accident, so it is not only the driver of the car who is injured, but their family and the environment in which their children are raised. The worry and depression of such a common life circumstance may be bigger drivers of opiate use and addiction than the actual pain of injuries. And worry and anxiety can be dealt with using music-based rituals of stress reduction, relaxation and shared support as an alternative to medication.

While the concept of musicians playing for sick people is simple, it actually is quite complex to effectively implement. While bedside DVD's and videos may help to pass the time, they do not seem to be much more effective than background Muzak. The response to music is individual and quite personal, so any musician trying to "find the right musical prescription" needs to be expert with a broad repertoire and considerable flexibility. And despite the skill and personal commitment necessary to become an expert musician, the musician must be prepared to leave their ego at the door of the ICU, and be empathetic and emotionally confident in joining the suffering patient and their worried bedside family. This is not an easy gig.

The Critical Care Unit at Berkshire Medical Center has had a bedside music program with professional musicians for three years. The program was created working with Andrew Schulman, a professional guitarist. Andrew's book "Waking the Spirit, A Musician's Journey Healing Body Mind and Soul" described his own experience with music as a critically ill patient and the bedside program he went on to create at a New York teaching hospital. The book was endorsed in 2016 as the Oliver Sacks' Christmas book pick.

In July of 2017, BMC doctors from Surgery, Medicine, Psychiatry, Emergency Department, Anesthesia, Oncology and Kidney Disease created a one-week series of lectures to orient musicians on the basics of the illnesses, injuries and surgeries they will encounter in an ICU. They also learned about the ICU patient's uncertainty, anxiety, depression and confusion. The nursing staff from the Critical Care Unit, Emergency Department, Operating Room, and Dialysis Unit shared their insights with musicians about both illness as well as patient recovery. Currently, three guitarists and one pianist participate in the program at BMC, and it is being developed as well for hospitals in New York City, Westchester and Washington, D.C.

The second course in "Medicine for Musicians" will be held in the Hillcrest Cancer Center Conference Rooms the week of July 23-27. Interested musicians or administrators and caregivers interested in developing such a program at their institutions are welcome to contact me at Marvin A. McMillen MD, FACS, MACP, Chief of Perioperative Care, Department of Surgery, Berkshire Medical Center, 725 North St., Pittsfield, Massachusetts, 01201, or 413-447-2745.

Marvin A. McMillen MD, FACS, MACP is Chief/Director of Perioperative Care. When asked what his favorite music is, Dr. McMillen responded, "Ennio Morricone's soundtrack to 'The Mission.'"