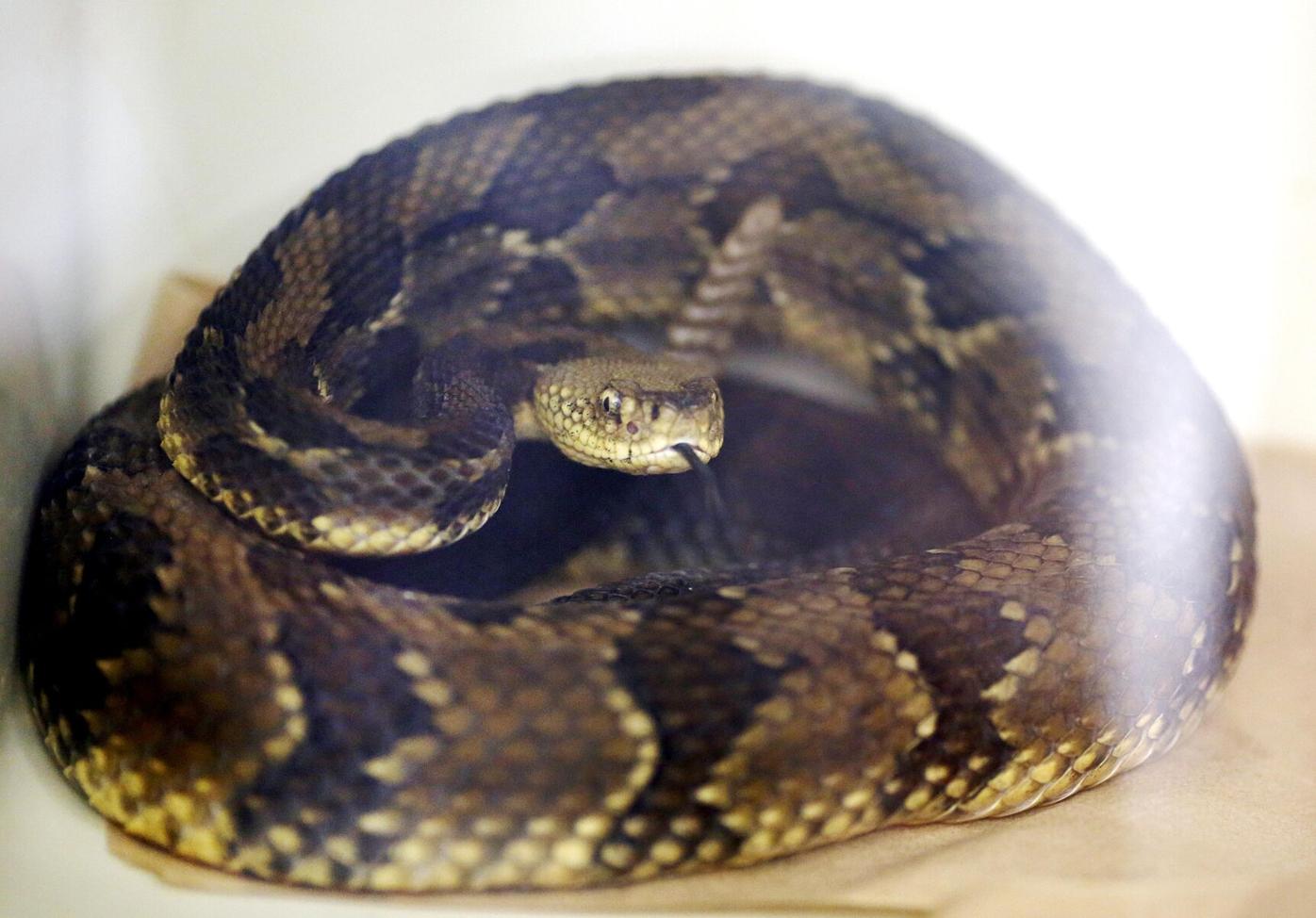 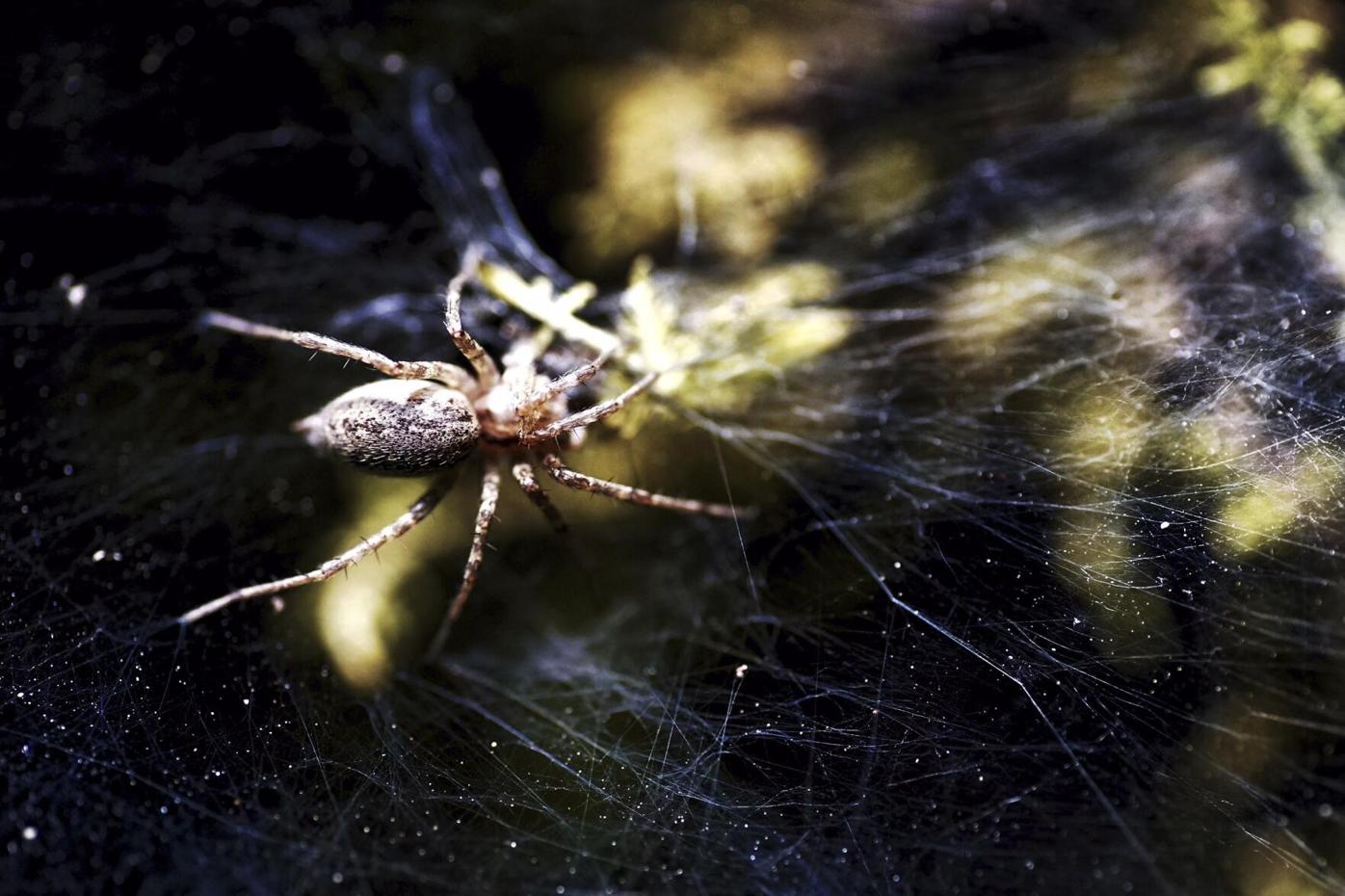 Most spiders found in the Berkshires, like the hairy wolf spider, would rather hide than bite.

I’m not an anxiety psychiatrist, so what do I know? But, through the years, I have had the opportunity to help both children and adults overcome common fears of snakes, spiders, yellow jackets and bats, at the same time, I accept my own fear (maybe at the level of a phobia) of the black-legged tick, commonly known as a deer tick. But, I have also raised black-widow spiders; go figure.

I remained smug as a sizable venomous female timber snake was loose in my office. And once, a lady came into my office with a paper lunch bag, opened it and somewhat carelessly put her hand in the bag and lifted out six young rattlesnakes. Apparently, she had no idea one or all could have bitten her. However, these calm animals rarely strike unless hunting prey or cornered.

I am not startled by black cats, or walking under ladders, or breaking mirrors, having done both on several occasions. Black cats are associated with witchcraft, and bad luck, notably around Halloween, which is probably more a superstition. I have known many, and none ever hexed me.

I never met someone with zoophobia, the fear of all animals. However, I have a relative with a phobia of all insects, from mosquitoes to house flies, and until recently, even butterflies.

Fear of snakes stems from superstitions, but can stimulate a response that causes panic among some people. A Pittsfield woman I had known since a teenager, whose father was a noted naturalist, was phobic over snakes. Not only the sight of a snake, but even the knowledge of one’s presence kept her from visiting the Berkshire Museum’s aquarium. Even when I offered to remove the snake from the display, she couldn’t bring herself to visit to see the myriad of colorful fish and live corals.

On the other hand, in the early days of Shakespeare & Company in Lenox, “Antony and Cleopatra” was scheduled. Not one of the actors that were to be on the set when Cleopatra was murdered wanted anything to do with a live snake. (In the play, a venomous snake bite is inflicted on Cleopatra either by an asp or cobra). I was asked to work with the involved actors to see if I could desensitize them. Throughout three sessions, the young and gentle ball pythons I brought with me not only endeared themselves to the actors, several even asked if they could keep one for a pet.

One of the oddest phobias I ever heard was told to me while I was walking through a local forest with the director of the reserve. He pointed out a place where he wanted the teens from New York’s inner city to leave the trail they were on and see something “fascinating.” Not one wanted to leave the trail and enter the dark woods. I learned later that this is called xylophobia, the irrational fear of wooded areas. It was more fear of the unknown to them; city alleys were known.

Locally, we have little to fear from our wildlife in The Berkshires. Of course, you don’t want to make eye contact with a black bear or offer a bone to a coyote, or swat at a yellow jacket that becomes obnoxious at outdoor picnics in the fall. We shouldn’t walk through a field without tick spray at any time throughout the year when the temperature is above freezing.

For so many people on a casual outdoor jaunt, any snake is a dangerous one. Especially, if it is startled and wags its tail.

And if it is in dry leaves, it might even sound like a rattlesnake. We, who field such reports, repeatedly hear of rattlesnakes on Mount Greylock, when there are none, with the nearest being in Southern Berkshire County.

I once was kneeling down to photograph a sizable female rattlesnake at the mouth of its den. Shortly after I began, it was quietly mentioned that my knee was less than a foot from another rattlesnake. When I looked down, it was sampling (smelling or tasting the object with its forked tongue). I finished clicking away with my camera and carefully backed up.

LOCAL SNAKES: Two native snakes with a bad temperament are the eastern milk snake and the water snake. They will bite if given the opportunity, while our smaller snakes, such as the common garter snake and other species, will slip away quietly and quickly. Only once was I bitten by a garter snake, and it was new to captivity, and I may have been handling it carelessly. It only hurt my self-esteem. The Girl Scouts thought it comical that I was bitten, as I told them these rarely, if ever, attempt to bite.

Spiders, especially in late summer, become more evident, with the common garden spider with a body at least one-half-inch across, not counting its legs. They are found outside, about everywhere around homes and gardens. They would rather hide than bite.

An even larger spider, found in garages, gardens and cellars, is the hairy wolf spider that resembles a small tarantula. They also will hide rather than bite.

The brown recluse spider is the one species in this region to be cautious of. A bite from one of these is dangerous and kills tissues around the wound, so see a doctor immediately if you think you have been bitten by one. They are often found in woodpiles, and even more rarely beneath piles of clothes stored on the floor. They will bite!

Thom Smith | NatureWatch: What is this large fungus growing on maple trees?