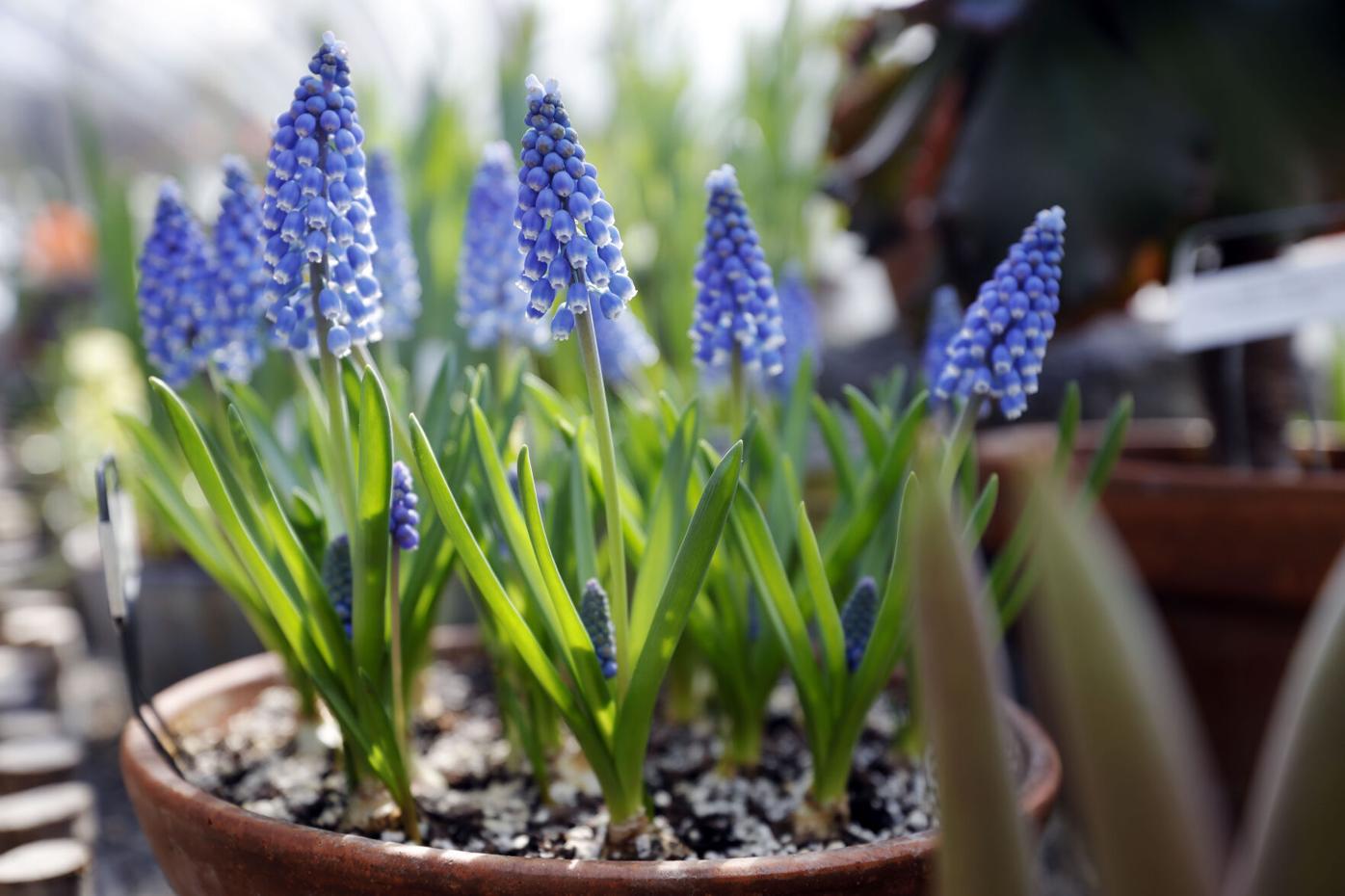 The Berkshire Botanical Garden’s annual bulb show in Stockbridge, which will be held March 1 through March 14, promises 1,400 bulbs in bloom for visitors to enjoy. 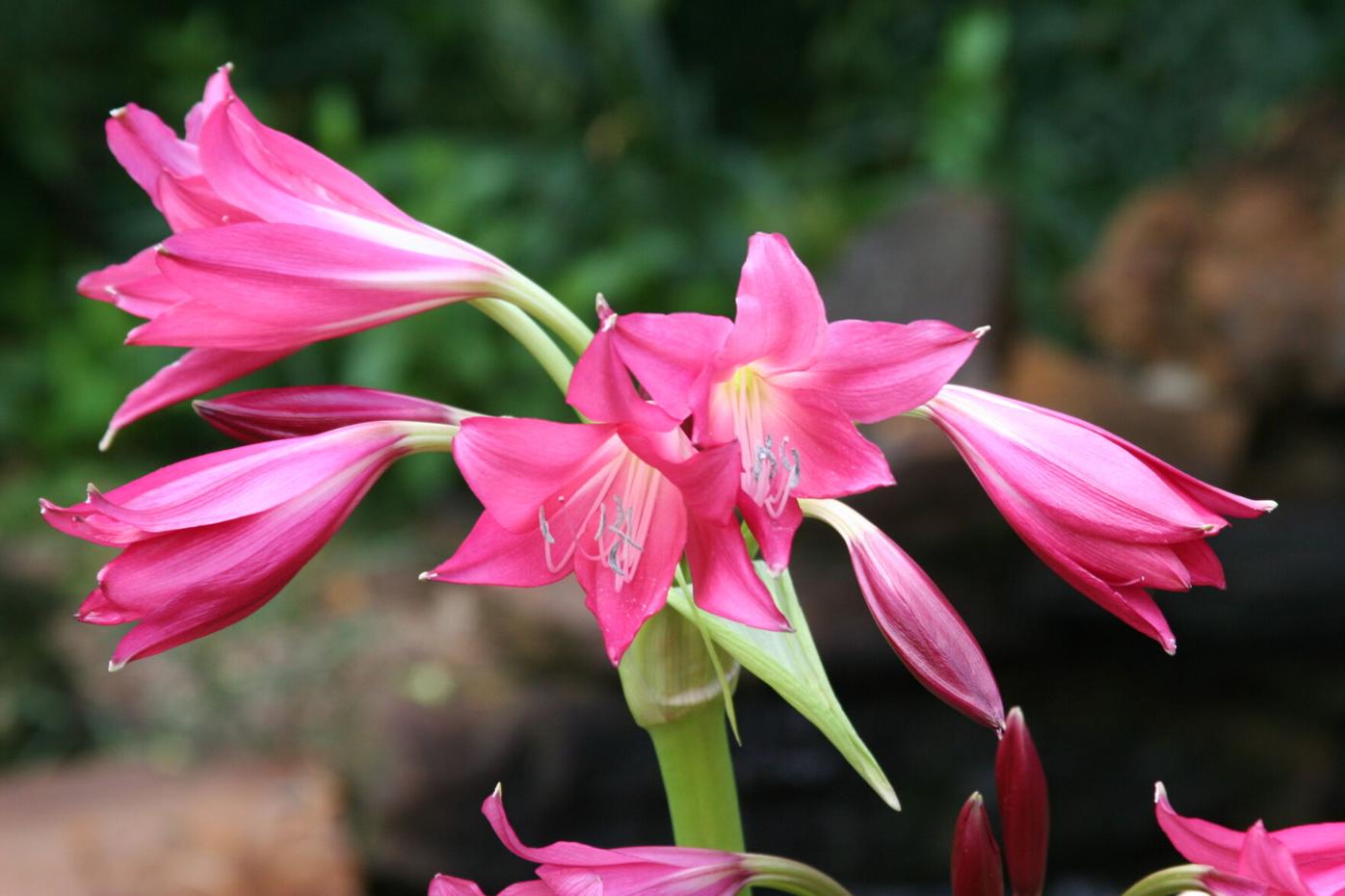 Crinum ‘Ellen Bosanquet’ is well-adapted to many regions of the American South. It blooms during the hottest southern summer months, usually triggered by a good rain.

The Berkshire Botanical Garden’s annual bulb show in Stockbridge, which will be held March 1 through March 14, promises 1,400 bulbs in bloom for visitors to enjoy.

Crinum ‘Ellen Bosanquet’ is well-adapted to many regions of the American South. It blooms during the hottest southern summer months, usually triggered by a good rain.

Sometimes, moving forward involves looking back. I’ve found that to be especially true in the garden. If you need proof, just consider the career of Chris Wiesinger, “the bulb hunter” of Golden, Texas.

Like Chris, I love flowering bulbs. They are, of course, popularly regarded as heralds of spring, but actually, as a class of plants, bulbs bring us flowers in summer and fall, too. Nevertheless, it is the spring bloomers, which mostly come to us from the Netherlands, that are the most familiar bulbs — and they are spectacular.

I’ll be going to the Berkshire Botanical Garden Bulb Show, which runs from March 1 to 14 (daily, 9 a.m. to 4 p.m.) to satisfy my appetite for these garden standbys. The show is free to the community; advance reservations are required, as are masks. The Garden has promised a greenhouse ablaze with 1,400 bulbs in full bloom over the course of the show, with many exotic treasures, as well as the more familiar types, such as hybrid tulips.

You can reserve timed tickets to the Berkshire Botanical Garden Bulb Show at berkshirebotanical.org/events/bulb-show.

Hybrid tulips bring me back to Wiesinger. I met him 16 years ago when he was at the very beginning of his career as a bulb hunter. He also loved bulbs, but had one objection to the traditional Dutch types: Most of them don’t flourish in the climate and soil of the American South. If subjected to a period of artificial chilling, they will bloom in spring, but they do not survive to rebloom the following year. That actually is a defect of many of the Dutch bulbs, even here in the Northeast. Hybrid tulips, for example, and hybrid Dutch hyacinths, too, flower well just once, before the bulb starts to degenerate. Their flowers are typically much smaller or even absent the second year and thereafter.

Yet as a horticultural student at Texas A&M University, Wiesinger became aware that there were, in addition to the Dutch bulbs, some other bulbs that had been popular in the South in the era before mass marketing. These bulbs typically perform as perennials. Many, once rooted in, flourish virtually without care. In fact, in forays down country roads, Wiesinger would sometimes find these bulbs still growing and blooming around the sites of abandoned homes, often continuing to thrive even after the house itself had vanished. With the permission of the land owners, Chris would dig a start of these bulbs, bring them home and begin propagating them.

With the bulbs he raised in this fashion, Chris founded The Southern Bulb Company to bring his finds to gardeners throughout the southern states. On the company’s website, you’ll find all sorts of less familiar, but glorious bulbs, such as crinums, red spider lilies (Lycoris radiata), naked ladies (Lycoris squamigera), pink rain lilies (Habranthus robustus) and many others.

Unfortunately, for Yankees, these bulbs are mostly for ogling — we can only grow them in pots in a greenhouse or heated sun porch in our climate. However, there is an aspect of Wiesinger’s work that does translate to the North. When I caught up again with Wiesinger recently, he told me that he thought his model of identifying locally adapted perennial bulbs would work equally well for us. According to him, I should be searching old home sites in the Northeast to find what would perform as true perennials or even naturalize, spreading spontaneously, in our part of the United States. Old cemeteries, according to him, are particularly good hunting grounds. Not for collecting — Wiesinger doesn’t hold with despoiling gravesites, nor do I — but for finding and identifying types of bulbs that will perennialize without regular care in our soils and climates.

If you want to hear more of my conversation with Chris Wiesinger, you’ll find it on the Growing Greener podcast at thomaschristophergardens.com/podcast, on WESUFM.org, Pacifica Radio and NPR.

Thomas Christopher: 'To Know Beans': Even the most simple vegetable can be inspirational

“I was determined to know beans” Henry Thoreau wrote in Walden, while describing his labors in his vegetable patch. That, of course, was far b…

In the early part of my horticultural career, June was the month when I put on my Stetson hat, laced on a stout pair of logger’s boots, strapp…