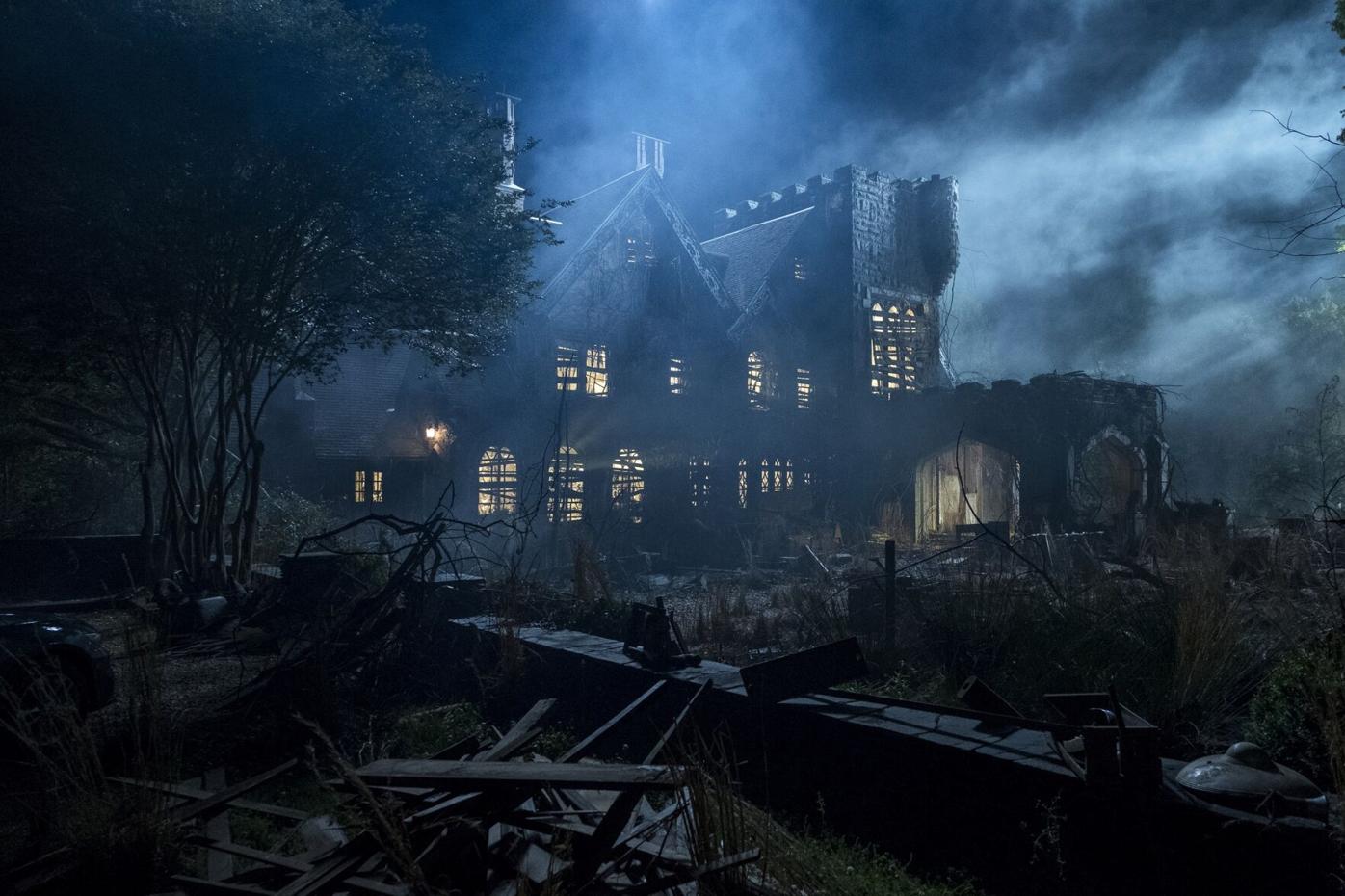 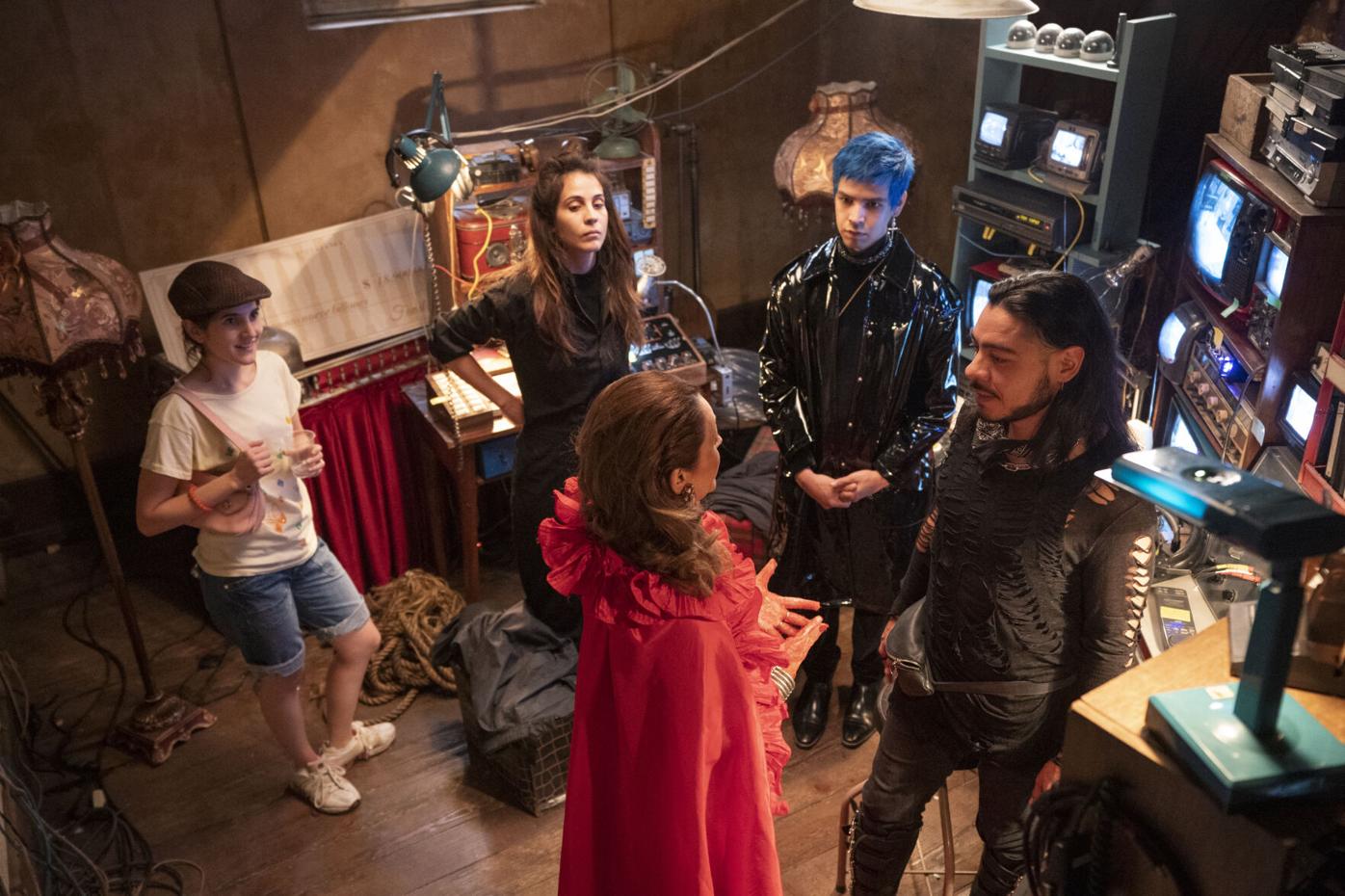 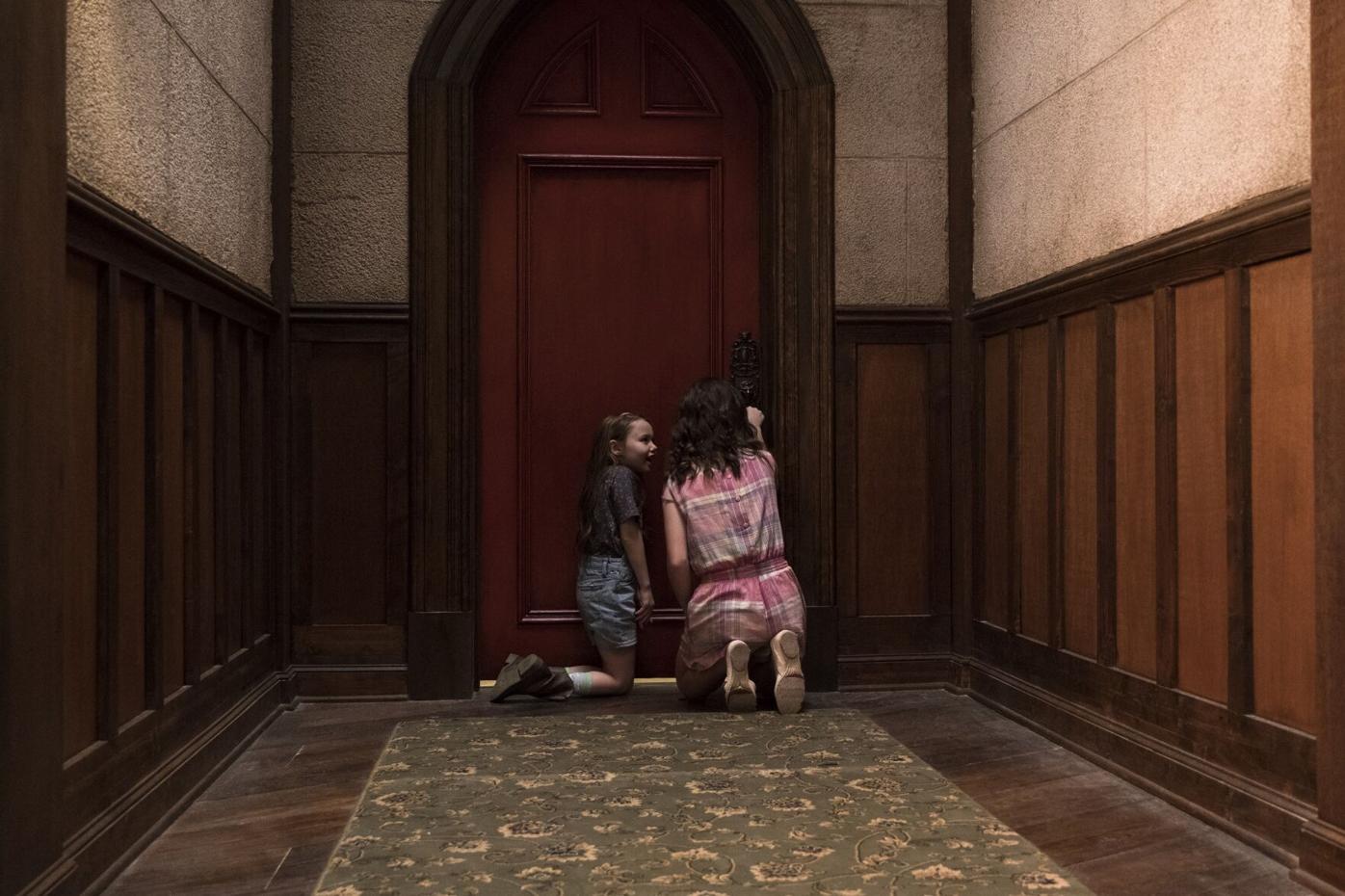 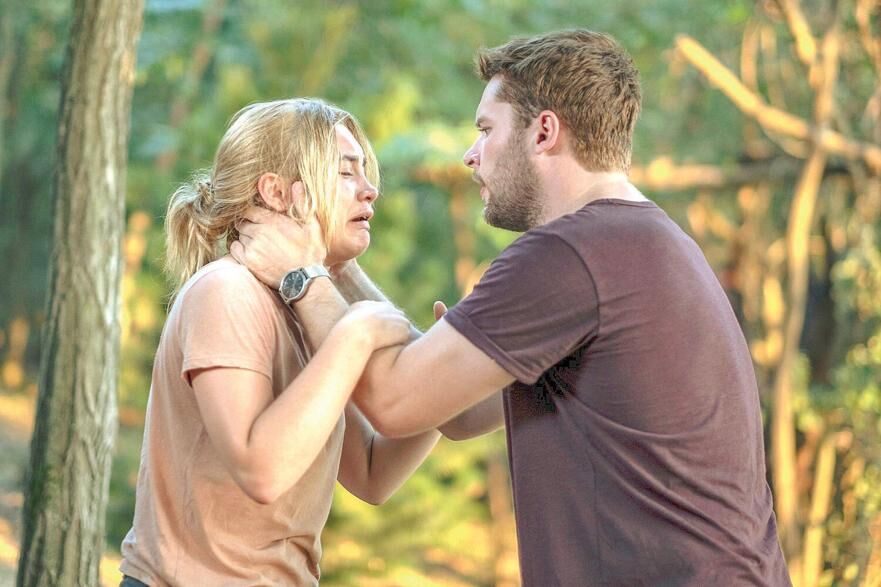 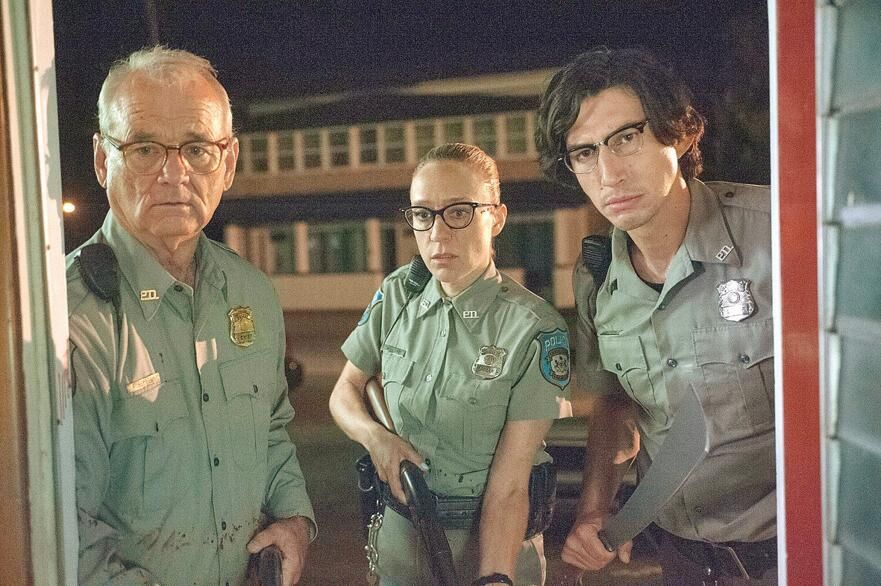 If you do, you're probably excited about the fifth installment of the "Scream" franchise due out in 2022. (And yes, the original survivors are all on board: Neve Campbell as Sidney Prescott; Courtney Cox as Gale Weathers, and David Arquette as "Deputy Dewey" Riley.) "Scream" director Wes Craven and writer Kevin Williamson rebooted the teen slasher film subgenre in 1996, which dominated the market for about a decade alongside horror-action anthologies like "Resident Evil" and "Underworld."

The last decade, unfortunately, has been dominated by a series of horror movie reboots, remakes and restarts. There have been some gems among them, such as 2018's "Halloween," albeit the 11th film in the series and, strangely, a direct sequel to the 1978 film of the same name. And there have been some really bad reboots too.

Thankfully, while someone was desperately trying to reboot the "Child's Play" franchise, other horror movie industry insiders helped usher in works by Jordan Peele ("Us," "Get Out), Ari Aster ("Midsommar," "Hereditary") and Robert Eggers ("The Witch," "The Lighthouse") and transform the horror subgenres of folk, thriller and fantasy.

And, thanks to an endless choice of streaming services, almost any horror movie, franchise or television series you could want to watch is available somewhere. To help you sift through all the choices, we're offering up some curated categories of films and television series to watch in the days leading up to Halloween.

'THE HAUNTING OF HILL HOUSE'

Shirley Jackson's 1959 Gothic horror novel, "The Haunting of Hill House," is such a quintessential haunted house story that it's spawned two films, a play and a Netflix anthology series and thus, earns its own category. In Jackson's novel, Dr. Montague, a professor researching paranormal activity, invites several individuals, who have experience with the paranormal, to stay at the haunted Hill House for the summer. Only two accept and join him, along with the heir to the house, at the mansion in Massachusetts. Throughout their time there, unseen forces interact with the guests, seemingly possessing one of the women and ultimately causing her death.

While Jackson, who lived and wrote in North Bennington, Vt., said all the events of her book were supernatural in nature, two films, 1963's British horror movie, "The Haunting," and the 1999 American remake, "The Haunting," frame the story somewhat differently, with the character of Eleanor experiencing a mental breakdown during her time at the house (although the 1999 film adds to a new supernatural ending that connects Eleanor with the original owners of the house).

Watch: "The Haunting" (1999), if you're in the mood for cheesy, supernatural fun. The film features Liam Neeson, Catherine Zeta-Jones, Owen Wilson and Lili Taylor. Bonus: An advertisement for the sleep study Eleanor responds to places Hill House in the Berkshires. Find it: Tubi, Crackle, HBO Max, Amazon Prime, Google Play, Vudu and iTunes.

Best Bet: The Neftflix series, "The Haunting of Hill House" is the most loosely based on the book, but perhaps the best re-imagining of it. The series focuses on the Crain family (the original owners in Jackson's book) and the house that haunts them for decades, even after they leave the monstrosity and its paranormal inhabitants behind. A second series, "The Haunting of Bly Manor," loosely based on a Henry James novel also is streaming. Find it: Netflix.

Want more Shirley Jackson? Try "We Have Always Lived in the Castle," based on her 1962 novel of the same name, or "Shirley," a fictional thriller based (sort of) on Jackson's life starring Elizabeth Moss.

Jordan Peele's "Get Out," became only the sixth horror film to receive an Oscar nomination for Best Picture when nominations were announced for the 2018 awards. The movie earned four nominations, including Best Director, Best Actor and Best Original Screenplay. Peele brought home the Oscar for Best Original Screenplay, leaving "Silence of the Lambs" as the lone horror film to take home the statue in the Best Picture category. Peele continued to redefine the thriller genre with "Us" in 2019.

Watch: "Get Out" (2017) Peele's directorial debut follows Chris Washington, a young Black man who uncovers a disturbing secret when he meets the family of his white girlfriend, Rose. Find it: YouTube, Amazon Prime Video, Vudu, iTunes and Google Play.

Watch: "Us" (2019) Everyone supposedly has a doppelgänger, someone who is a mirror image of them. What if your doppelgänger found you and tried to take over your life? "Us" follows Adelaide Wilson, a woman who met her doppelgänger in a fun house as a child. Now Adelaide and her family are being attacked by a group of menacing doppelgängers set on replacing them. Find it: HBO Max, Hulu and Amazon Prime with premium subscriptions, YouTube, Google Play and Vudu.

In 1973, "The Wicker Man" set the standard for folk horror films. The film centers around a young police sergeant who is sent to the isolated Summerisle to investigate the disappearance of a young girl. While there, the officer, a devout Christian, is horrified by the pagan customs of the islanders, which includes a ritual sacrifice. Most movies of this genre pale to compare to this film and its hard-to-find sequel, "The Wicker Tree." There's just something about Christopher Lee presiding over a cult on a secluded island that can't be beat. Or so I thought, until the 2019 release of Ari Aster's "Midsommar," which pays homage to "The Wicker Man," while pushing the genre even further.

Watch: "Midsommar" (2019): A group of friends travels to Sweden to witness a festival that occurs once every 90 years. The group of men reluctantly bring along Dani, a member's grieving girlfriend who has just lost her entire family. While at the festival -- a pagan fertility ritual -- group members begin to disappear. Find it: Amazon Prime, Vudu, YouTube.

Horror and comedy are two genres that shouldn't go together, but if "Shaun of the Dead" and "Army of Darkness" have taught us anything, they do. Luckily, this subgenre has both film and television offerings work watching.

Watch: "The Dead Don't Die" (2019): How would police in a small town respond to a zombie infestation? How would they learn of it? This film answers those questions, and more you've never really asked, as an all-star cast that includes Bill Murray, Adam Driver, Chloë Sevigny, Steve Buscemi and more, try to best a zombie horde. Find it: Hulu and Amazon Prime with premium subscriptions, Vudu, YouTube and Google Play.

Watch: "Los Espookys," is a Spanish-language show (with subtitles for both Spanish and English), following a group of friends who are trying to make their horror effects business into a full-time paying gig. But try as they may, the group mainly stages horror movie-esque scenes for their customers. The show is peppered with absurd and supernatural happenings that appear to be a normal part of everyday life. Find it: HBO Max, Hulu and Amazon Prime with premium subscriptions, Vudu and Google Play.