A scene from the series "Ethos,' now streaming on Netflix. 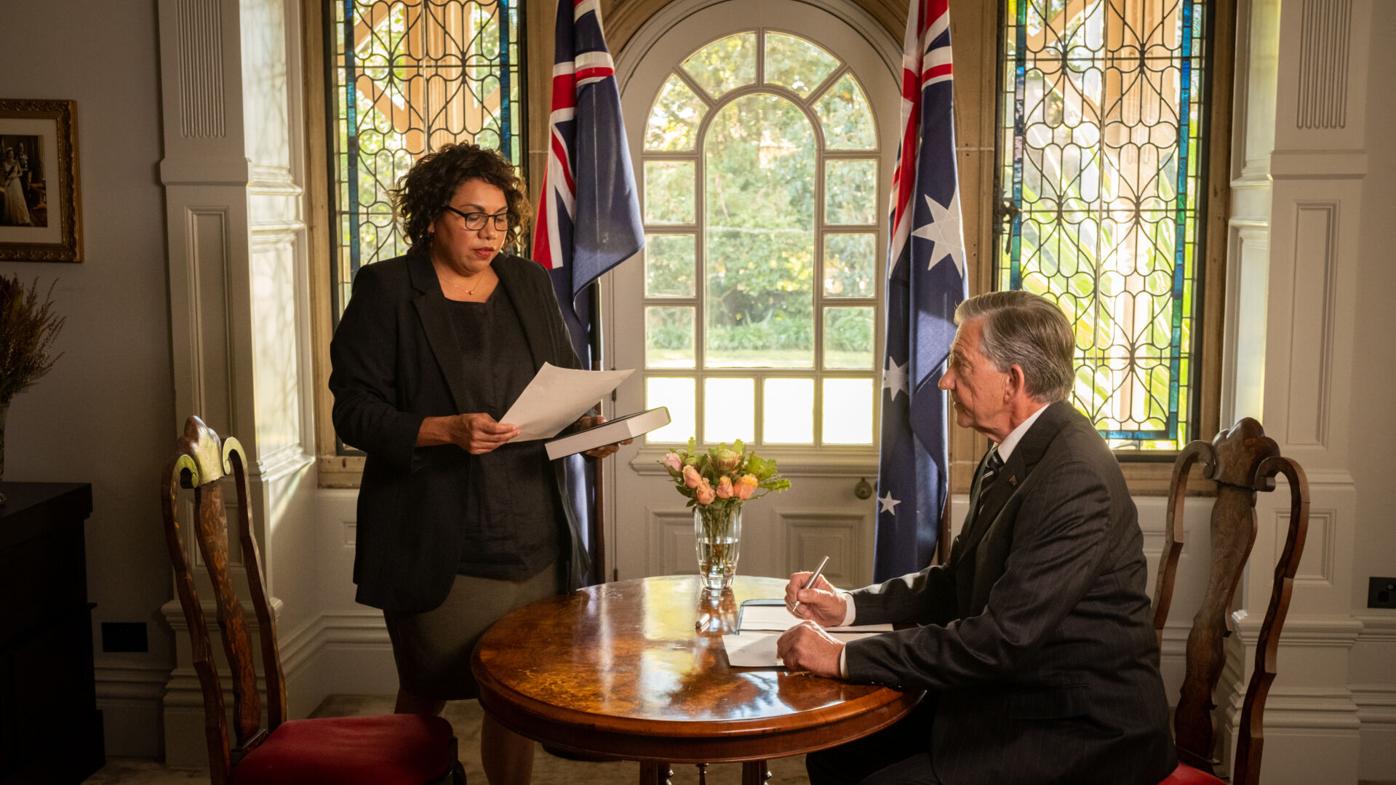 Deborah Mailman stars in "Total Control" as an Aboriginal woman who finds herself appointed to a Senate seat after she becomes the bright focus of a moment of national horror.

A scene from the series "Ethos,' now streaming on Netflix.

Deborah Mailman stars in "Total Control" as an Aboriginal woman who finds herself appointed to a Senate seat after she becomes the bright focus of a moment of national horror.

This eight-episode series by Turkish director and playwright Berkun Oya follows the intertwined lives of multiple people in Istanbul that spiral around the series’ emotional center of Meryem (Öykü Karayel), a devout Muslim housecleaner who has started seeing a therapist Peri (Defne Kayalar) because of fainting spells. The interaction between the two women provides an entry point to the lives of others around them, most notably Meryem’s brother and his mentally ill wife, and their spiritual leader and his struggles, as well as Peri’s soap opera actress friend and her parents, plus Peri’s therapist and issues within her romantic life and family.

It all becomes an intricate web of human interaction that reveals the characters as complex and unpredictable, each peppered with fury, shame, and love. But as the tapestry reveals very dark patches, it also offers a lot of humor.

Oya’s series is beautifully filmed and acted, and artful in its depiction of Turkish society beyond the stereotypes of outsiders.

"The Other One" sounds like it's been done before: Upon a man’s death, his family discovers he has another family. The “official” family is a bit proper, the secret one a bit trashy. Cue the clash of classes and wait for laughs. As unlikely as it seems the laughs do actually come but even better, the characters win your affection.

At the center is Cathy (Ellie White), the uptight daughter who’s struggling with her unfaithful, but repentant fiancé Marcus (Amit Shah) when she becomes flummoxed by the revelation that she has a half-sister also named Cathy (Lauren Socha), though she goes by “Cat.” The immediate response of White’s Cathy and her bitter mother Tess (Rebecca Front) is to have absolutely nothing to do with the less-than-cultured Cat and her mother Marilyn (Siobhan Finneran), but Cat and Marilyn won’t have it. They’re too good-natured. They want to be a part of everything. They miss the father too. They want to bond. And they won’t take no for an answer.

The show works because Socha and Finneran are so lovely in their roles. Whereas Cat and Marilyn could have been crass caricatures, the two actresses imbue them with a sincere innocence and sweetness amidst their tackiness. Finneran is marvelous as the chain-smoking Marilyn, compelled to offer too much information to anyone and everyone in the name of celebrating the intense love she had for the father and Socha brings a sweet sincerity to Cat’s rough edges.

It's tempting to dub this the Australian "Borgen," but that would sell both series short. They do have one very important thing in common though — dynamic revelatory actresses in the lead roles. In this case, it's Deborah Mailman as an Aboriginal woman who finds herself appointed to a Senate seat after she becomes the bright focus of a moment of national horror. Prime Minister Rachel Anderson (Rachel Griffiths) sees Alex's appointment as the kind of positive press you couldn't buy and entices her to the office with promises of helping Alex's community.

Alex finds out — no surprise — that politics doesn't work simply and the maze-like system of deal-making and backstabbing lays challenges to her personal integrity and her efforts to help her community.

The political drama is compelling enough, but the care taken with the portrayal of the Indigenous community and its structures adds an extra-compelling element. It would be a good show without Mailman, but her dynamic presence and ability to juggle hilarity, tenderness, and darkness — and to allow her character to be completely fallible — means she rules the screen whenever she's on it. She's bound to become your new TV hero.