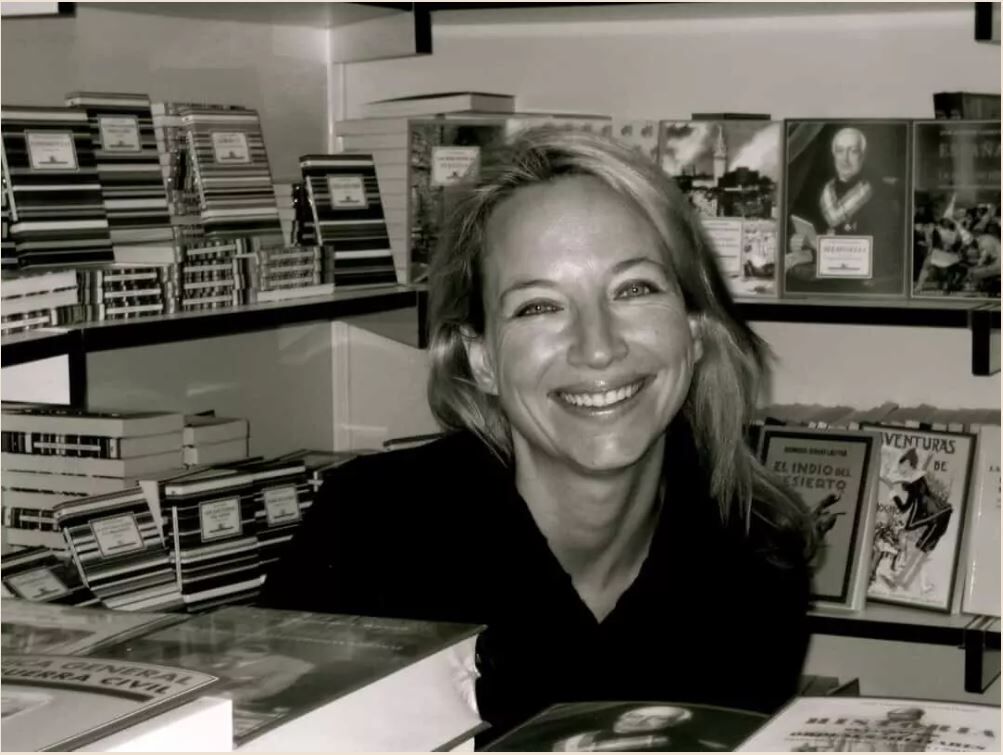 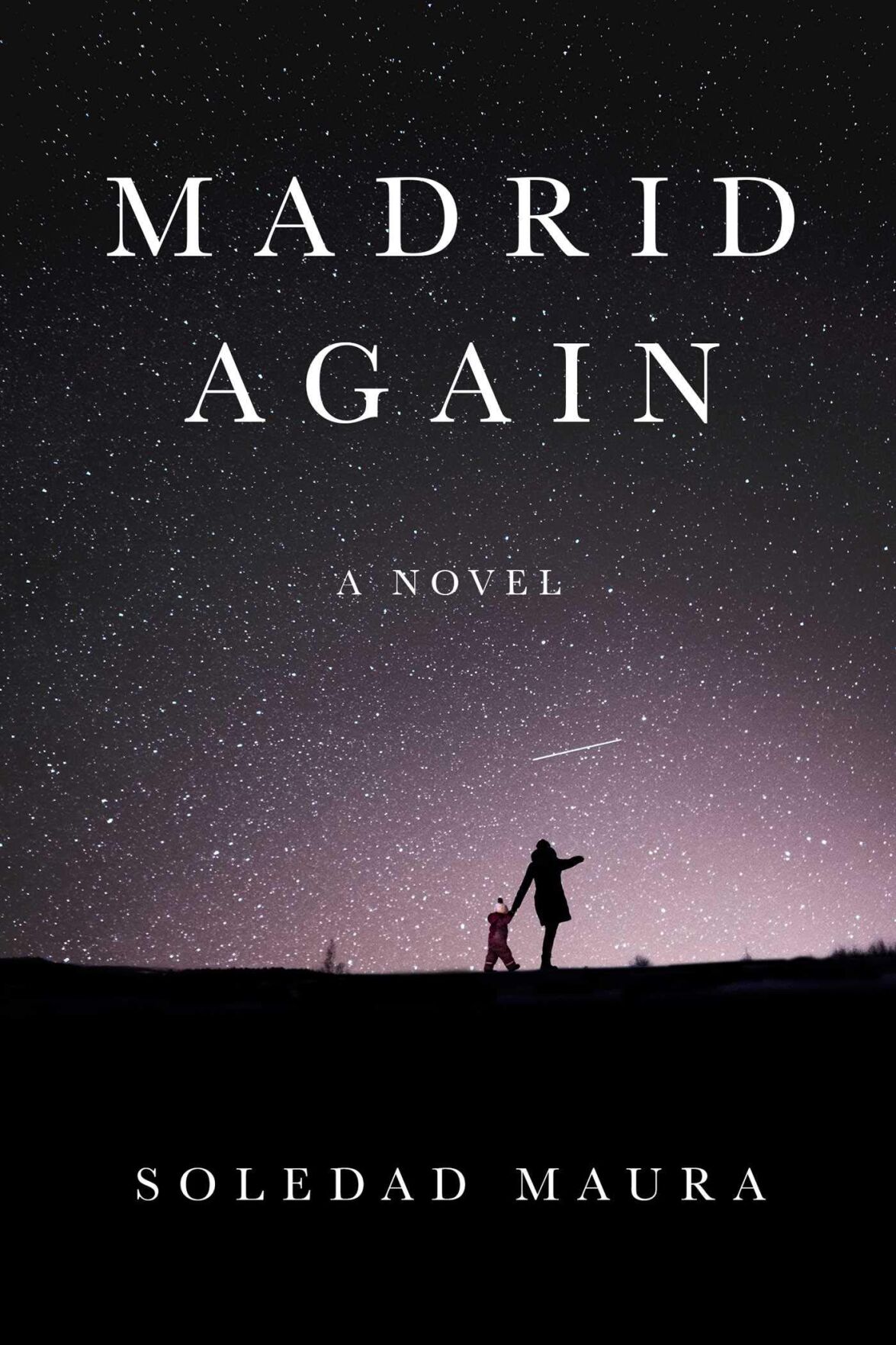 "It just is what it is," said the Williams College professor, adding that she wasn't proud or ashamed of her writing process for "Madrid Again," (Arcade publishing, November 2020). It's been a busy 12 years for Maura, who had to carve out time to write her slim 192-page novel in between teaching classes in Spanish and comparative literature at Williams and abroad, writing three biographies — including her 2018 release of "Exile, Writer, Soldier, Spy: Jorge Semprún" — and countless academic articles on Spanish culture and history, and the Spanish Civil War.

But in this novel, Maura jokes happily, you won't find any footnotes.

"Yes, it took me a very long time, but it also gave me a lot of freedom," she said during a telephone interview. "Most of my books are academic and full of footnotes; but this gave me the creative freedom to make the kind of book I wanted. It was really a luxury."

In "Madrid Again," Maura tells the story of a mother-daughter relationship that also explores the complexities of cross-cultural relationships, identity and finding out where we come from. The narrator, Lola, tells the story of how her mother Odilia came to America in the 1960s, leaving Madrid and her family, to follow a professor who disappears from Odilia’s life as mysteriously as he appeared. Odilia chooses to stay, making a new life for her daughter and herself in New England. But Lola is raised between two worlds — Spain and America — as the mother and daughter travel back and forth, creating an identity in between.

"It's a very universal human curiosity and desire to know more about where we come from and how we fit in," Maura said, pointing out the popularity of ancestry searches and DNA databases. "The main character in the novel ... she's at a point in life where she's doing that, trying to find out who she is. Those are hard questions to answer. Her search is really the journey of the book. I don’t want to give spoilers about what she finds, but the process is really fascinating for her."

The jump from biographies to this novel was a natural one for Maura, who points out she's used to "looking at the parts of someone's life that may not be the most celebrated," and finding the story in it. "Madrid Again," she said, is a story of a quiet kind of courage, one in which the two women in the story might not qualify as heroines in the traditional sense. But their stories as immigrants, a single mother raising a child alone, and still finding a way to honor where they come from shows "bravery and a resilience."

Maura, ever the professor, said she hopes readers will not only enjoy the book for its story, but also spark an appreciation and interest in Spanish history. Also, she hopes her novel adds a new point-of-view for "third-culture kids," or children who spend their formative years in places that are not their parents' homeland.

"I hope the book offers a fresh, additional voice to the growing number voices that tell the stories about what it's like to grow up between places," she said.

Maura took time from her teaching schedule and virtual book tour to answer a few questions about her favorite books. (Answers have been lightly edited for clarity.)

Q: What is your favorite biography or memoir?

A: "Martha Gellhorn: A Life," by Caroline Moorehead. This is a beautiful and intimate book. The author's family was very close to Martha Gellhorn and she had access to key materials. Gellhorn had a fascinating, action-packed life as one of the longest standing war reporters in history. If she only rings a bell as "one of Hemingway's wives" please read this book!

Q: What's your favorite novel about an American expat?

A: "The American," by Henry James. It's hard to claim it is my favorite, because there are so many, but let's say it is a very good place to start.

Q: Who is your favorite female character in literature?

A: Emma, in Gustave Flaubert's "Madame Bovary." She may seem capricious and selfish, but she is passionate and loves to read. She can't fathom the chasm between fiction and real life, and that is one of literature's great themes.

Q: What are your favorite travel novels?

A: "Things I Don't Want to Know," by Deborah Levy. This tells the story of a woman at the end of her rope who goes on a solo trip to Majorca, Spain. "Leaving the Atocha Station," by Ben Lerner. A young poet and Fulbright grantee gets much more than he bargained for during his year in Madrid.

Q: What's the best novel you recently read that you couldn't put down?

A: I read "My Dark Vanessa," by Kate Elizabeth Russell and "My Year of Rest and Relaxation," by Ottessa Moshfegh. I found both of these riveting and slightly creepy, and then I re-read "The Bell Jar," by Sylvia Plath. I can't believe we read this book as pre-teens in school! It is fascinating, moving and powerful.

A: I am teaching and re-reading a book by a Catalan-Moroccan writer, Najat El Hachmi called "La Hija Extranjera" ("The Foreign Daughter"). It was written in Catalan, and I'm reading a Spanish translation. It is a brave book about being trapped between cultural identities and generations, and a portrait of a poignant and difficult mother-daughter relationship. Not out in English yet, but her novel "The Last Patriarch" is available.

Q: What book would you love to give as a gift this holiday season?

A: I would give Federico García Lorca's "Gypsy Ballads" in the beautiful bright green bilingual edition translated by his niece Gloria García Lorca and Jane Duran. And, of course, I wish I could give out a few hundred copies of my novel "Madrid Again" as a Christmas present to all my family, friends and students. It has a beautiful cover of a dark starry night. and a mother and child walking hand-in-hand.