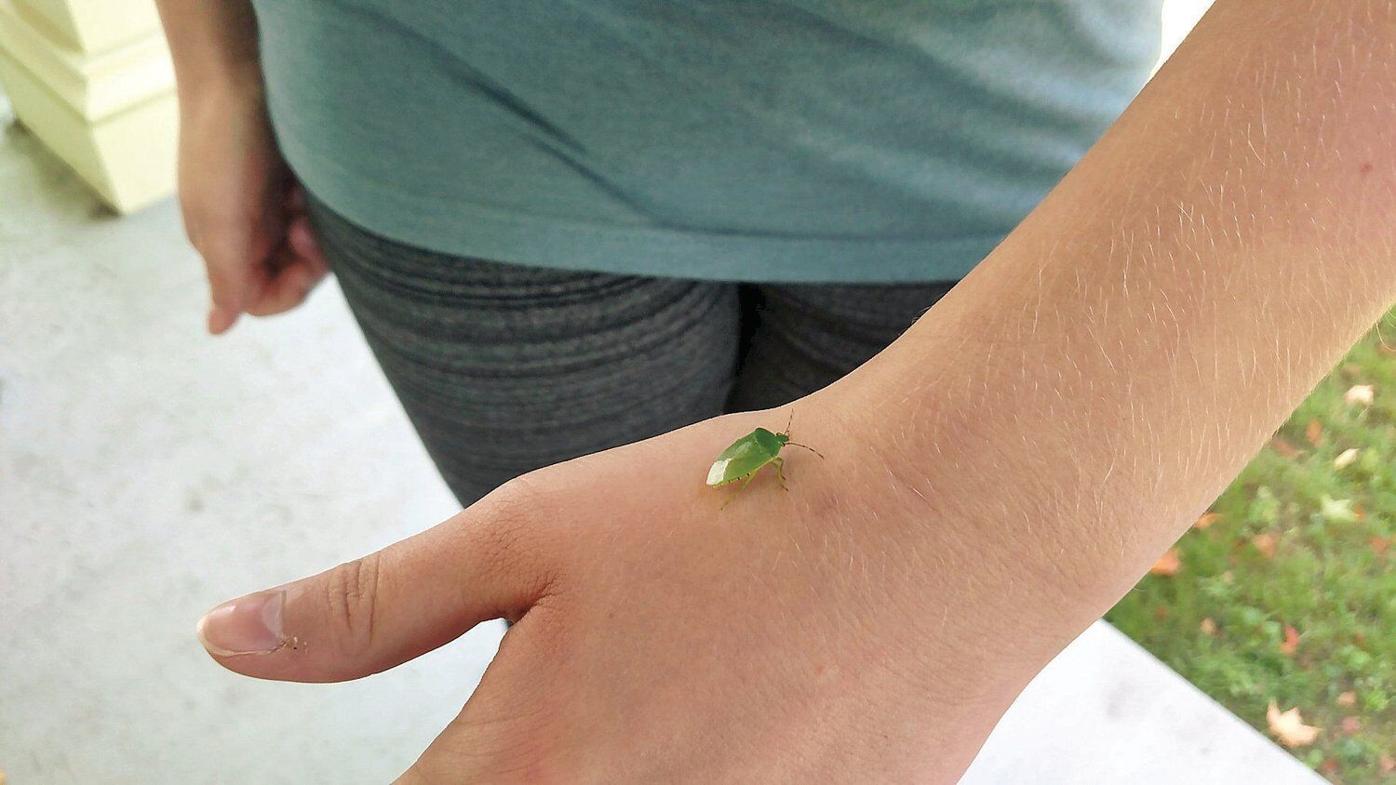 Jasmine Aslan, eighth grader at Herberg Middle School in Pittsfield, shows off the stink bug she found Sunday during the Berkshire Bioblitz at Springside Park in Pittsfield. 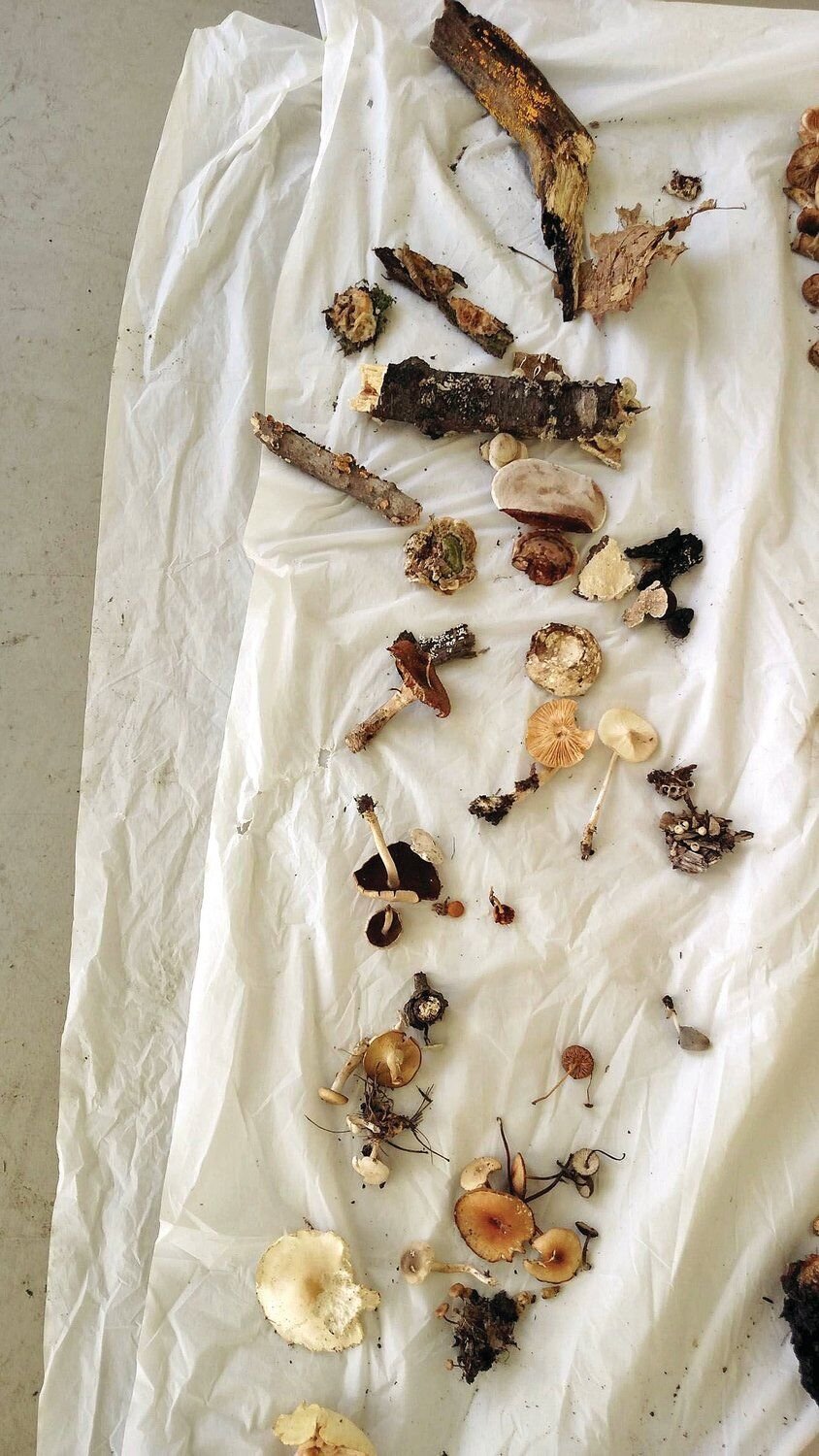 A variety of fungi is displayed Sunday after being found during this past weekend's Berkshire Bioblitz, a 24-hour survey of the ecosystem at Springside Park in Pittsfield

Jasmine Aslan, eighth grader at Herberg Middle School in Pittsfield, shows off the stink bug she found Sunday during the Berkshire Bioblitz at Springside Park in Pittsfield.

A variety of fungi is displayed Sunday after being found during this past weekend's Berkshire Bioblitz, a 24-hour survey of the ecosystem at Springside Park in Pittsfield

PITTSFIELD — A hardy group of local nature experts and novices spent the weekend getting a handle on the ecosystem of the city's largest municipal park.

The 10th annual Berkshire Bioblitz was a biological survey from noon Saturday to noon Sunday of the 237-acre Springside Park, identifying as many insects, birds, plants and wildlife as possible that inhabit the park.

"I think we identified more species of insects than last year," said Lisa Provencher from the Nature Academy of the Berkshires.

The Nature Academy and Berkshire Environmental Action Team have collaborated for the past decade to stage the Bioblitz at various parks, reserves and sanctuaries across the count, raising public awareness about the importance of the Berkshires' natural surroundings.

"(In) Burbank Park we discovered invasive hearty kiwi, which could take years to get rid of," said BEAT Executive Director Jane Winn.

Springside Park provided more positive discoveries this weekend, such as the sighting of a "ladies tresses," a genus of orchid.

"Orchids are so rare to find in the middle of a city park," Winn said.

Matt Kelly of the Pittsfield-based Hoffmann Bird Club also had a scarce find among the 52 types of birds he spotted in the park on Sunday morning.

"Today, we found a blue-winged warbler. It's a very rare bird to spot," noted Kelly.

While common to the Berkshires, the blue-winged warbler is a challenge to observe as it forages actively in the dense brush, according to the National Audubon Society website.

The Berkshire Bioblitz was an eye-opener for Jasmine Aslan, a very inquisitive eighth grader at Herberg Middle School in Pittsfield, and her mother, Jennifer Aslan. The Aslans were among the dozen community members who showed up during the two days for a lesson in biodiversity.

"We looked at bumblebees, monarch butterflies and learned there are 40 kinds of bumblebees in the Berkshires," Jasmine told an Eagle reporter.

Added Jennifer, "As we were walking with Lisa [Provencher], we learned the differences between male and female monarchs."

After 10 years, Berkshire Bioblitz organizers are considering a return to the previously surveyed natural habitats to see what's changed.

"I hope through these 24-hour events we can continue to determine what biodiversity we have throughout the county," Winn said.