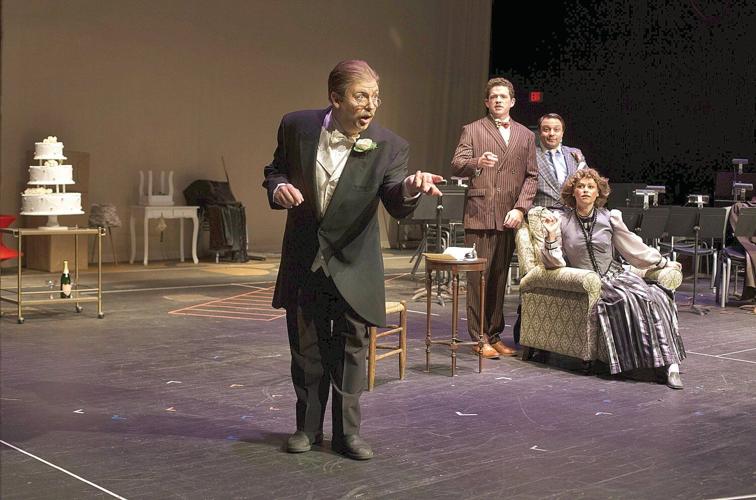 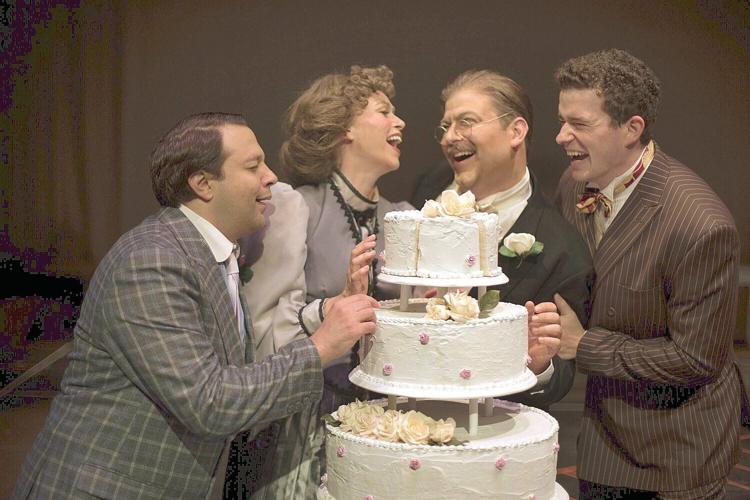 GREAT BARRINGTON — The operatic canon thrives on tales of true love overcoming obstacles — but nowhere is this portrayed with more gusto than Gaetano Donizetti's "Don Pasquale." Premiered in 1843, the comic opera receives a fully-staged production by Berkshire Opera Festival on Saturday, Tuesday and next Friday at the Mahaiwe Performing Arts Center.

Now in its fourth summer in the Berkshires — with previous productions of Puccini's "Madama Butterfly," Strauss's "Ariadne auf Naxos" and Verdi's "Rigoletto" at Pittsfield's Colonial Theatre — the company continues its mission of presenting popular and lesser-staged operas plus recital programs throughout the Berkshires.

Speaking during a rehearsal break, artistic director Brian Garman — who co-founded Berkshire Opera Festival with director of production Jonathon Loy — explained a comedy was the natural successor to last year's tragic "Rigoletto." With Mozart scheduled for 2020, he focused this year on bel canto's "opera buffa" repertoire.

"The best of the lot is 'Pasquale,'" Garman said. Written at the genre's zenith, "Donizetti stretched conventional forms as far as they could go."

"These are all caricatures of commedia dell'arte characters," Loy explained. "Because they're not `real' human beings, what goes on is super-believable and a lot of fun."

Garman considers the cast "wonderful actors who look great and know their way around the stage [and] can really, really sing."

"Bel canto means beautiful singing, but it's a lot more than that. The melodies unspool themselves in long flowing lines with a lot of vocal showing off and embellishments."

Bass baritone Colclough brings "something magnificent," Garman said, to his signature role of Pasquale, "always looking for new ways to make it fresh."

Soprano Breiwick sings with Metropolitan Opera in New York and around the world, while tenor Grills, recently returned from two years at Munich's Bayerische Staatsoper, "has the perfect voice for Ernesto," said Garman. While both roles are "extremely high lying and difficult to sing," the pair tackles them "like water off a duck's back."

Baritone O'Hanlon reprises the role of Malatesta that he recently debuted in his ancestral Ireland.

A 32-piece chamber orchestra accompanies the cast of five, with a 13-member chorus drawn from the greater Berkshire region. Many choristers are well known to area audiences, with some like 20-year-old Pittsfield resident and Smith College junior Lily Lothrop adding new voices to the operatic scene. Lothrop sang very well at her audition, Garman recalled.

The Mahaiwe's compact proscenium demanded artful staging by Loy. With scenic designer Stephen Dobay, he has extended the stage two rows into the auditorium and built a platform and staircases above the orchestra that fills the right side of the stage.

"Now we have depth and altitude," Loy said.

"It takes the audience on a really fun journey," he said. "And the music is gorgeous."

"We are planning repertoire and cast two to three years out," said the now-full-time artistic director. "That has kept me busy."

"I'm caught off-guard by how quickly [this growth] has happened," he added.

In September, Abigail Rollins joins the company as executive director, freeing up Loy to concentrate on a busy year-round directing schedule at the Met and in Madrid.

For next year's fifth anniversary season, BOF returns to the Colonial with Mozart's "Don Giovanni," paving the way to add more varied and contemporary opera programming on smaller stages.

"It allows us to explore unconventional venues, opening up a whole bunch of possibilities," Garman said.

"We perform in the Berkshires and that's everywhere," Loy noted. "Wherever we are, people will know we do good work."

"It's important for us to do this," he added, "because the art form needs that to live and breathe."