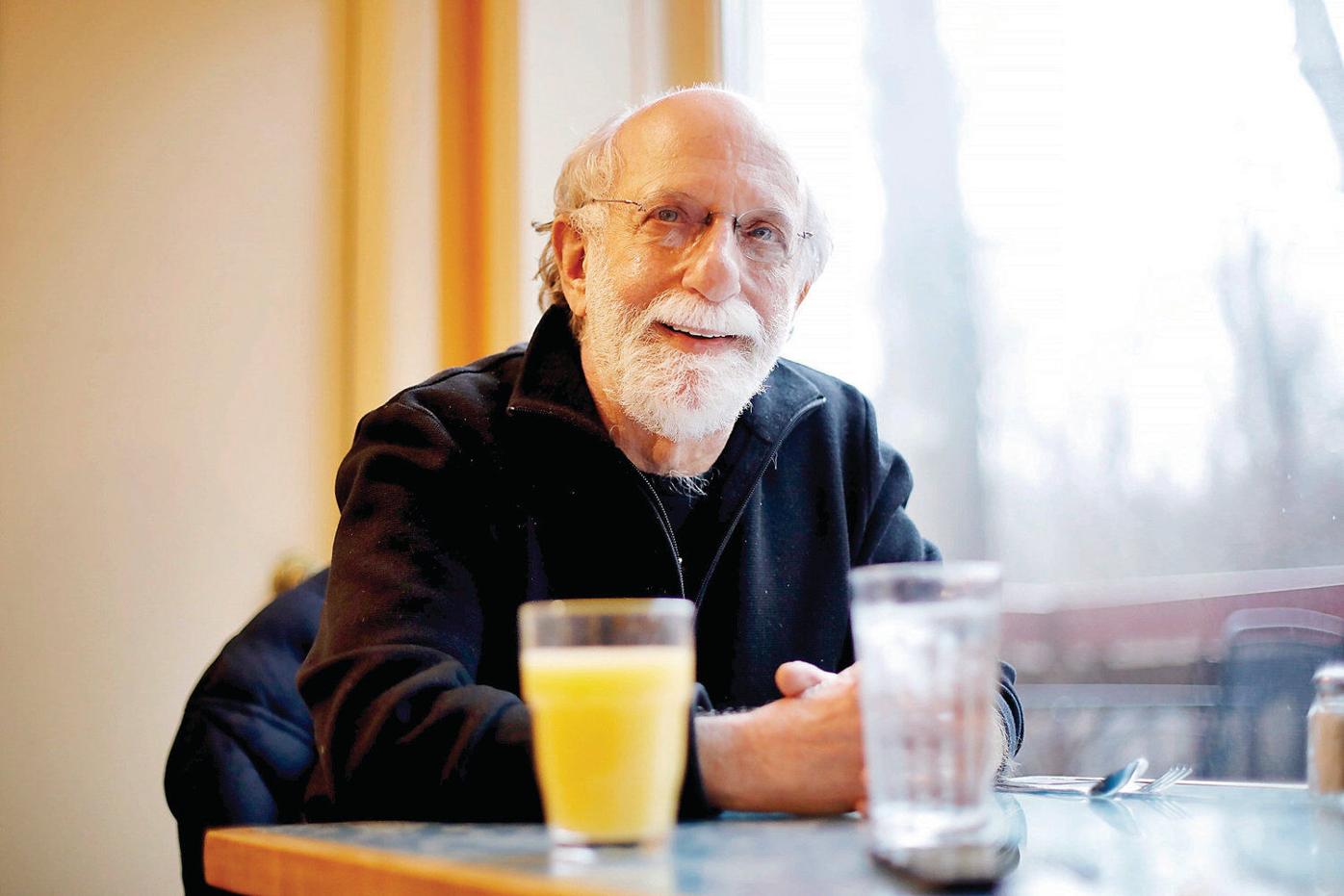 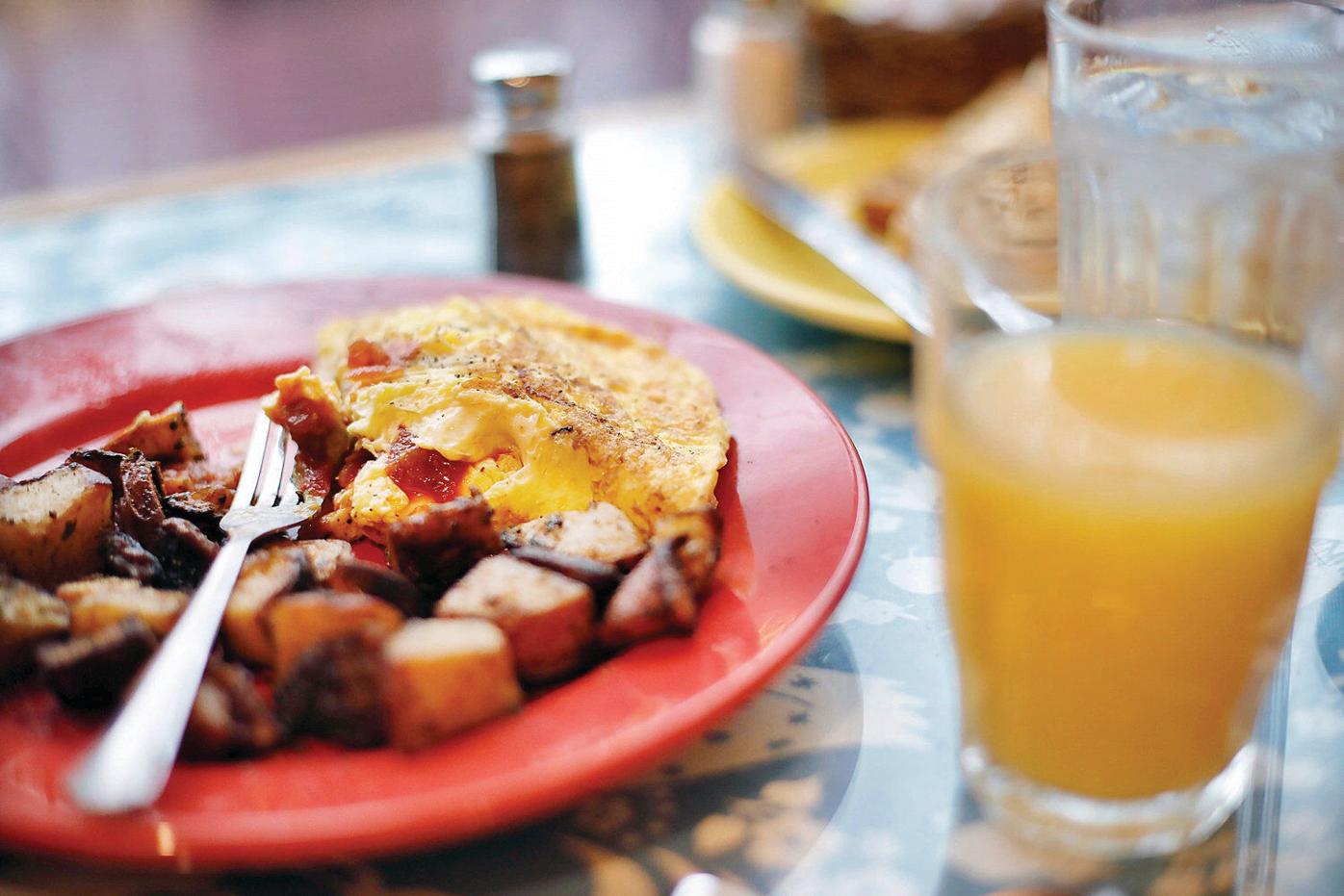 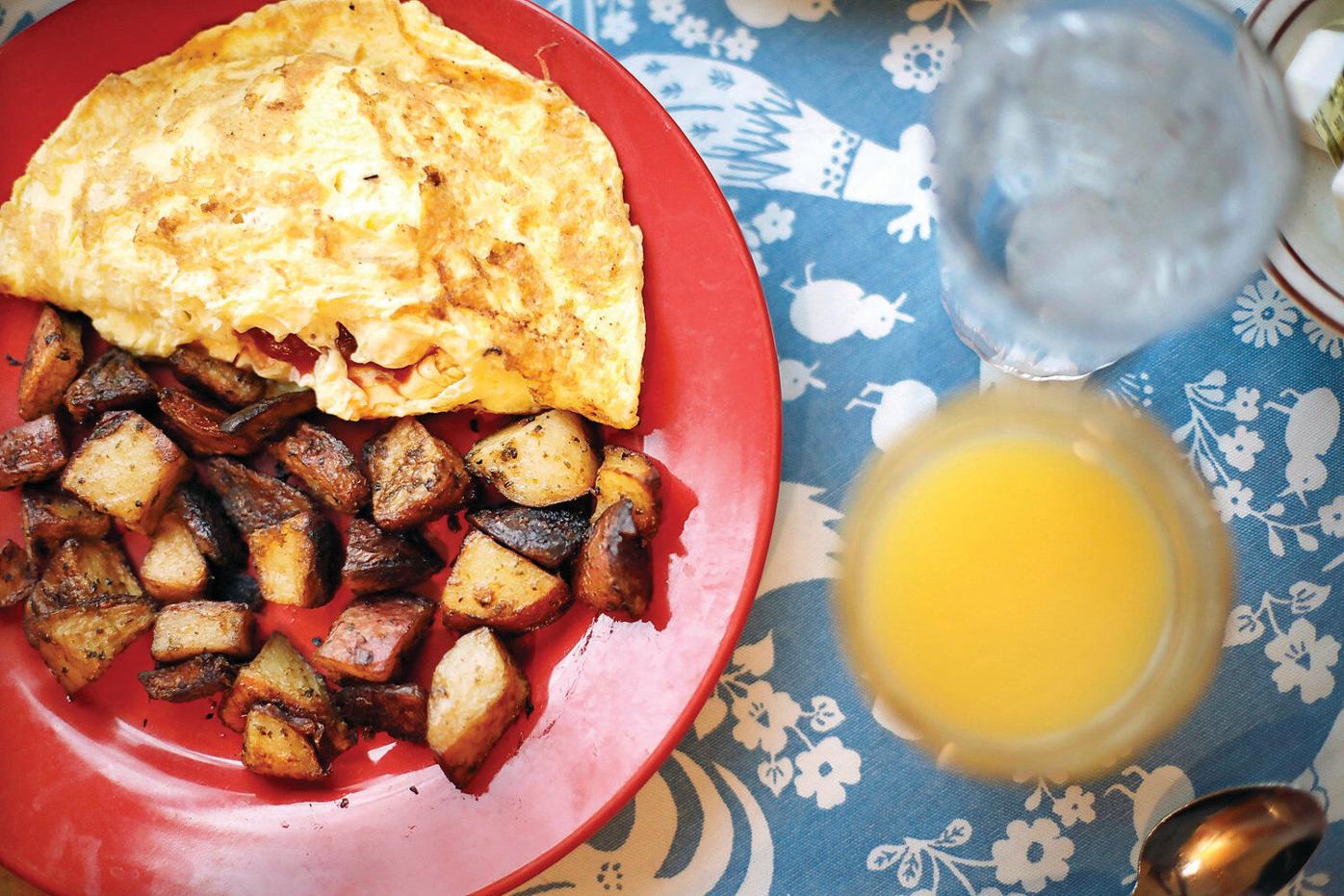 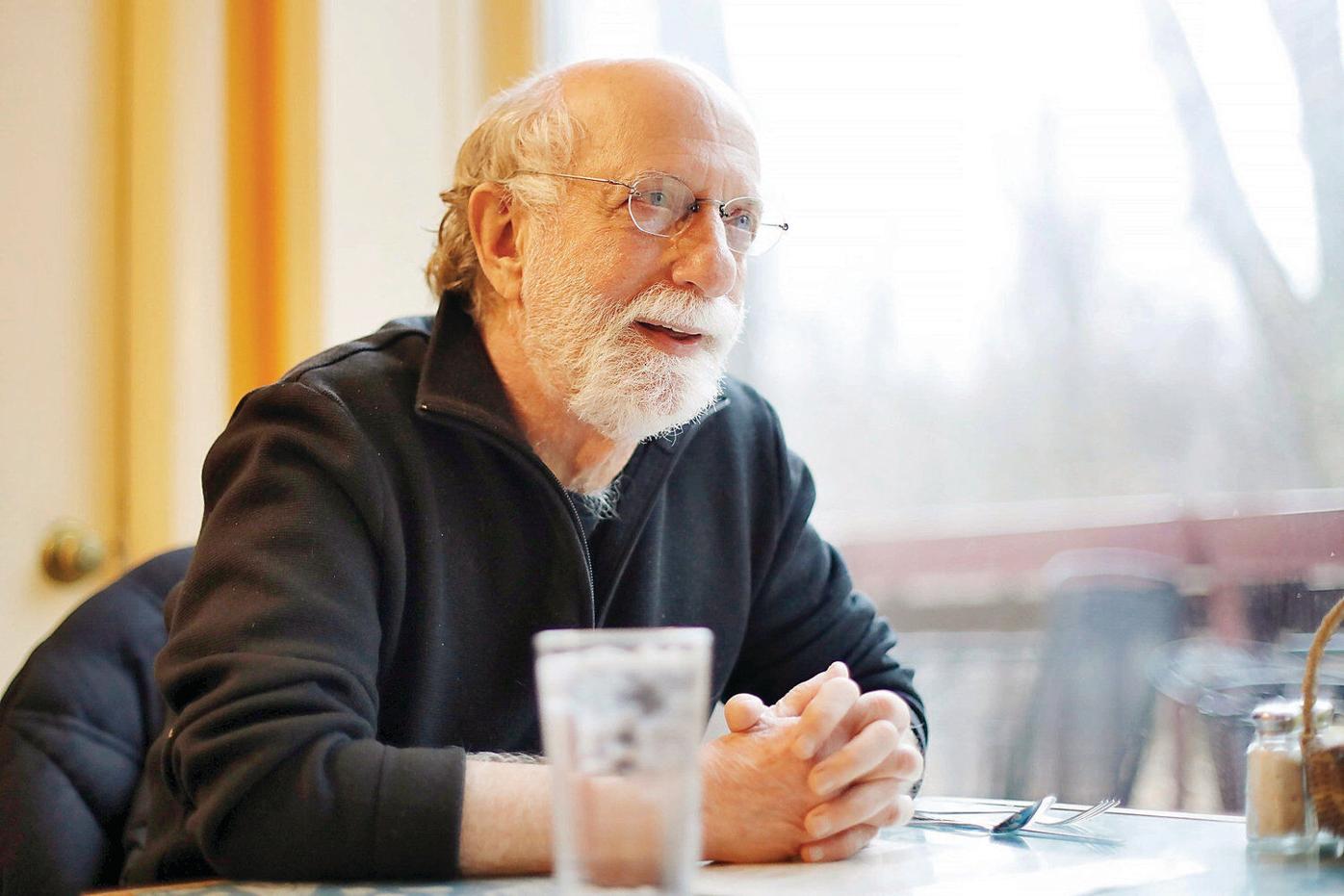 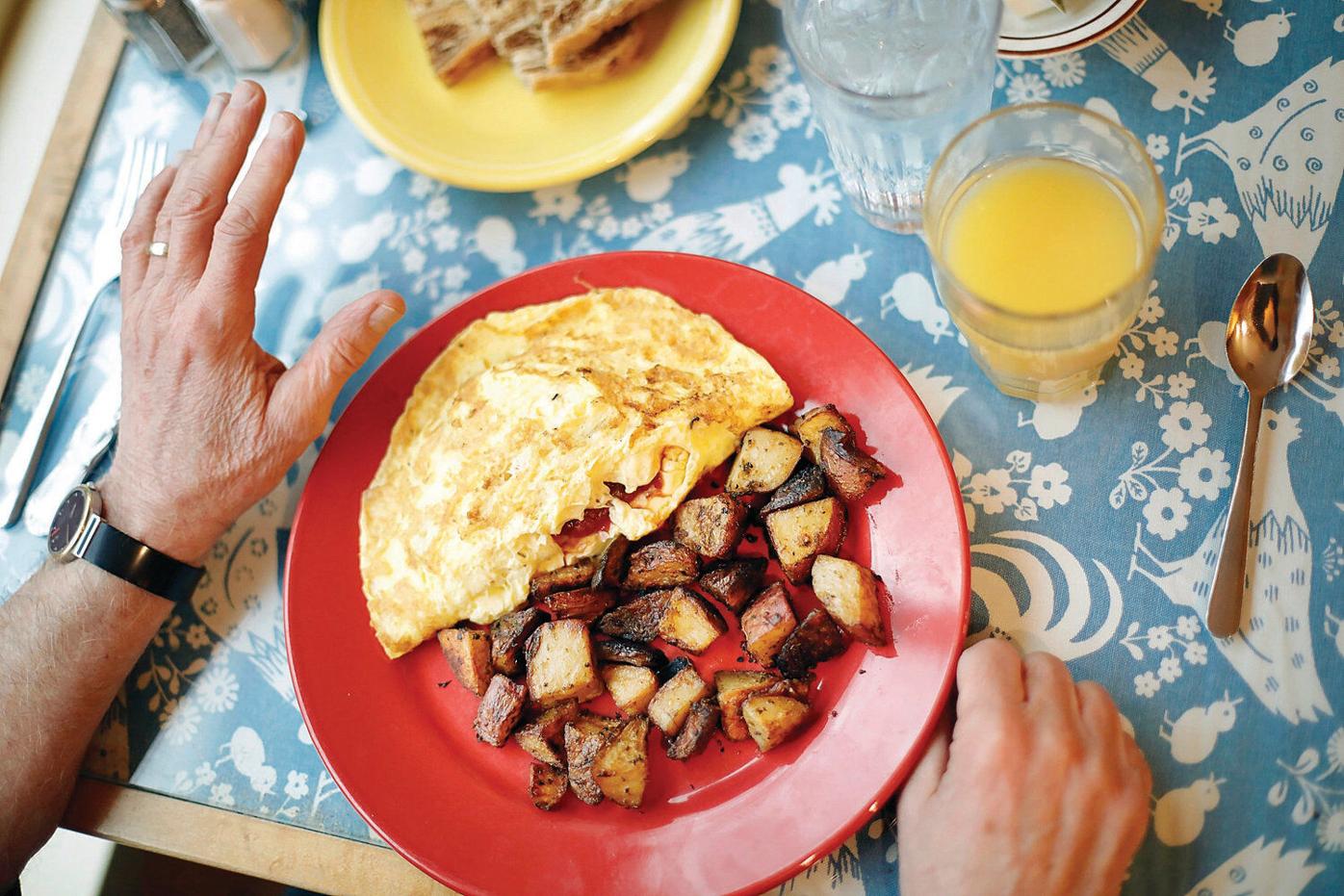 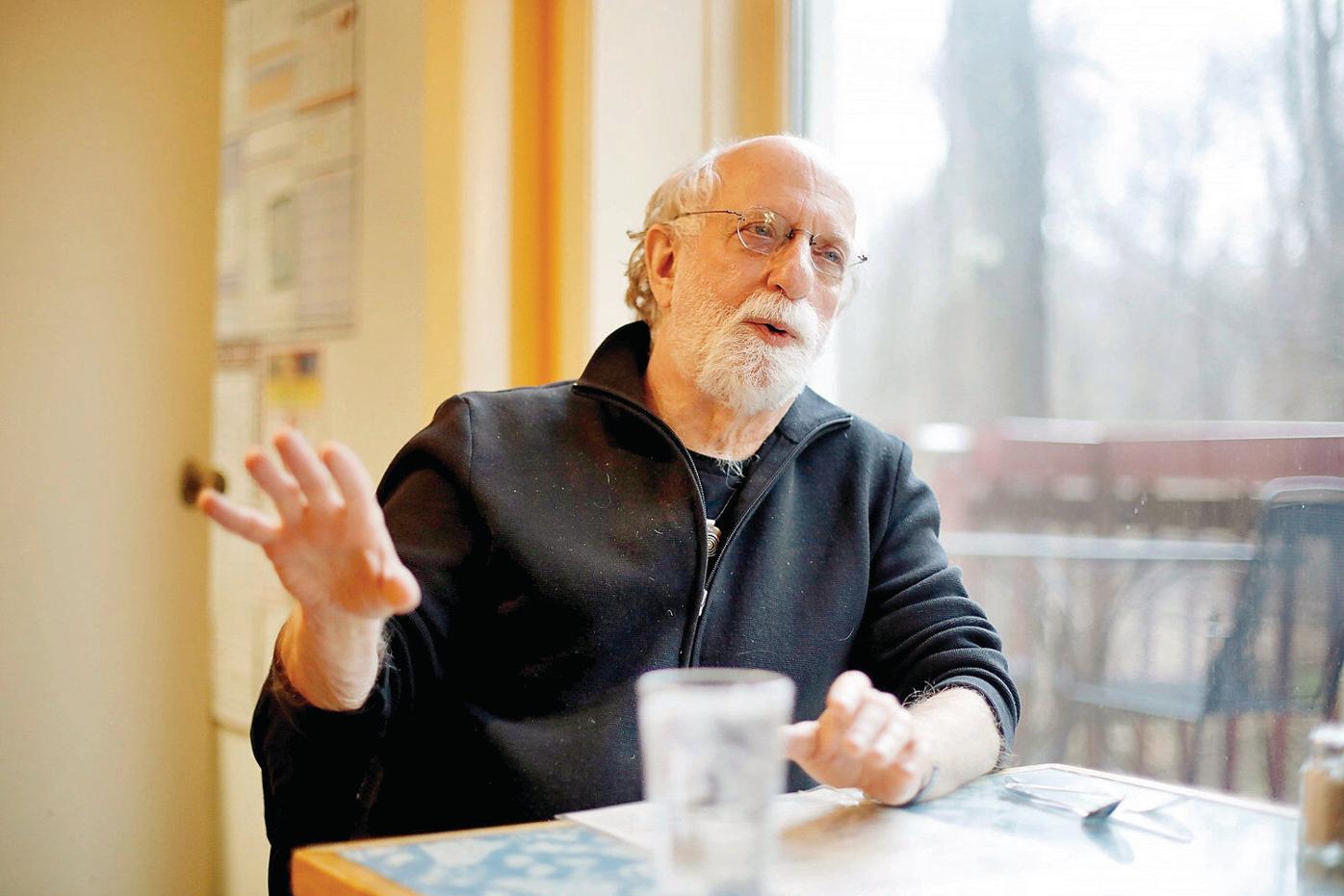 EGREMONT — John Miller likes breakfast, but the meal isn't necessarily a crack-of-dawn call to rise for the working musician.

"Whatever time the first meal is, I would choose something breakfast-y, whether that be 9 in the morning or 11:30 in the morning," the bassist said between bites of a Mexican omelette and home fries at Mom's Country Cafe.

On this sopping Saturday in Southern Berkshire, breakfast for Miller began just after 2 p.m., but not because the Mount Washington part-timer had been out late gigging the night before: He had just driven to the Egremont restaurant from New York City, where he and his wife, singer/actress Constance Barron, keep an apartment in the Upper West Side. When Miller's behind the wheel, the couple's frequent trips to the Berkshires aren't exactly races up the Taconic State Parkway.

"I like to go the slowest possible way from point A to point B," he said, noting that he prefers taking Interstate 684 to Route 22 to make his way north.

Upon arriving in Southern Berkshire, Miller is liable to drive in circles. He visits various clubs, searching for a band or soloist to join with his bass. He offers his services free of charge.

"I'm a junkie for going to hear local musicians, and I bring my bass with me wherever I go," he said.

Mind you, Miller also regularly performs in area concerts — he was scheduled to play on Saturday night at The Lion's Den in Stockbridge — and can afford his spontaneous sit-ins because of his success as a studio player and, perhaps more lucratively, as a Broadway musical contractor. During his career, he has jammed with Michael Jackson, Joni Mitchell, Leonard Cohen, Richie Havens and Janis Ian, and he has booked musicians for more than 130 Broadway productions, including recent stagings of "Jersey Boys," "Beautiful: The Carole King Musical" and "Waitress." Despite his Broadway obligations, he has managed to continue his after-dark musical adventures.

"I'm amazed that producers and composers and general managers will still put up with me saying, 'I can't come to that late-night meeting because I have a 50-dollar blues gig that I'm going to be doing,'" Miller said. "I've managed to have both worlds going on at the same time."

Miller's introduction to the Berkshire realm came in his early teens when he attended Camp Taconic in Hinsdale.

"I met all of my lifelong pals at camp," Miller said.

An ardent Camp Taconic supporter, he remained a counselor there well past an "appropriate" age, he said. He even passed up a gig with Frank Sinatra because of a camp commitment.

"The look on the Frank Sinatra people when I told them I couldn't do that gig because I had to go to summer camp," Miller said.

Miller's musical fervor arrived in high school. A friend of his brother's left a bass under the piano in his family's Upper West Side home one time.

"I was just drawn to this instrument," Miller said.

He became the house bassist at the Golden Falcon jazz club during his freshman year at the University of Michigan, playing at the club nightly from 9 p.m. to midnight. About a year later, he started frequenting Canterbury House, where he truly forged his musical gumption. The campus venue was hosting a slew of folk singers capitalizing on the genre's late 1960s rise, so Miller would venture over to the building at around 5 p.m. for soundcheck, bringing his bass with him.

"I don't know how good I was, but I was clearly fearless. I would simply walk up onstage, while they were doing their soundcheck, and start playing," Miller recalled. "Incredulously, they'd turn around and look at me, but one thing was clear to them, which was: I wasn't sucking."

Many of the Canterbury's singer-songwriter types welcomed some bass support. They included Tim Buckley, Havens, Ian, Spider John Koerner and Mitchell. He built relationships with some of them, appearing on Buckley and Ian albums and getting offered to accompany them to big-city stops on tour.

After college, he returned to New York City and worked as a freelance bass player. He took advantage of a booming studio work scene during the late 1960s and early 1970s. He also met composer and jazz pianist Cy Coleman, who gave Miller's name to a casting agent for a Broadway musical called "I Love My Wife." The production would feature four actors and four musicians apiece in costume. Miller was asked to audition.

"Like any freelance person I know, when the phone rings and someone says, 'Would you be interested —' they don't have to finish the sentence. You say, 'Sign me up,'" Miller said.

Miller got the part and excelled in it. He and his bandmates won a 1977 Drama Desk Award for their performances.

"It was loads of fun," Miller said.

Miller wasn't content with just performing on Broadway, though. When Simon & Garfunkel split, he helped Art Garfunkel put together a band. And he kept playing himself.

"Not like the classic healthy actor who would spend the day resting up to go do the Broadway show, I'd be running around playing bass all the time and getting there right before the show [starts], throw on the costume, go out and do the show and then afterwards run and do a late-night gig," he said. "It was a wild time, a great time."

Around 1981, Coleman asked Miller if he would be his music contractor for "Barnum," hiring the band for the Broadway production.

"I said absolutely not, and he could not believe it," Miller recalled.

Miller had heard rumors about contracting being a "slimy kind of scene." But Coleman wasn't having Miller's rejection.

"He said, 'I've got to give it to some schmuck. I'd just as soon give it to you,'" Miller recalled.

After taking some time to mull it over, Miller agreed.

"I didn't have anyone showing me the ropes. I'm not sure I did a great job, but they were happy with the musicians, and the show did well," he said.

Coleman wanted Miller to work on his other productions, too, so he did. When other composers began calling, Miller sought Coleman's blessing to expand his business.

"In pure Cy Coleman fashion, he said, 'Absolutely. You do a great job. You should do it — pause, pause, pause — but save the best catch for our band,'" Miller recalled.

He has booked performers ever since. Upcoming Broadway productions he's working on include "Ain't Too Proud: The Life and Times of The Temptations" and "Oklahoma!"

"[Contracting] was nothing I was ever looking to be doing whatsoever. I knew very, very little about Broadway," said Miller, whose first album, "Stage Door Johnny," features show tunes.

He was a veteran, however, in musical risk-taking. In the mid-1980s, after he and Barron bought a home in Mount Washington, he sat in with David Grover.

"I played with him there every Thursday night for many, many years," Miller said. "I would love taking the trip from the Upper West Side on Thursday nights for no money."

Miller's most memorable jam sessions in the county have often been unannounced.

"I'll say, 'Connie, I'm putting both basses, the upright and the electric, in the car. I'm going to roam around,'" he said, noting that, despite having about 10 electric basses, he almost always plays with a 1965 Fender model.

On one occasion, he joined a square dance band entertaining in Sheffield. The players' expressions resembled those at the Canterbury House decades earlier.

"The same incredulous look, 'What the hell is going on here?' But, clearly, they're enjoying it," he said, "and, clearly, I'm enjoying it."