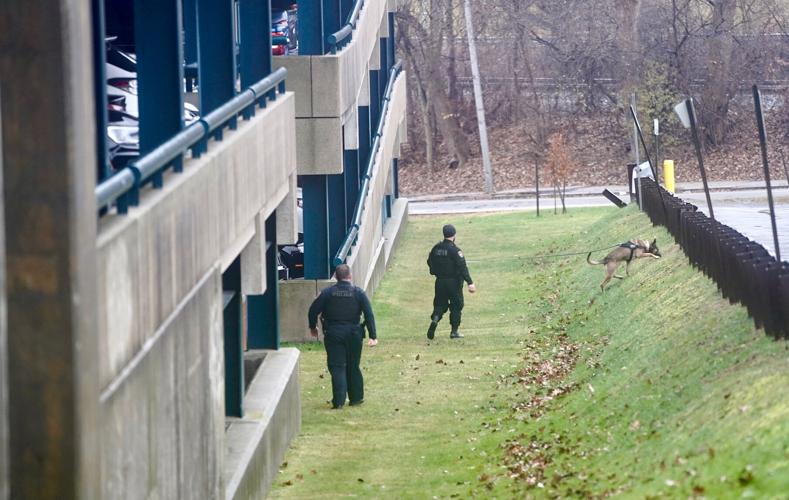 Police officers search the area behind the McKay Street Parking Garage with the help of a K-9 dog Wednesday. 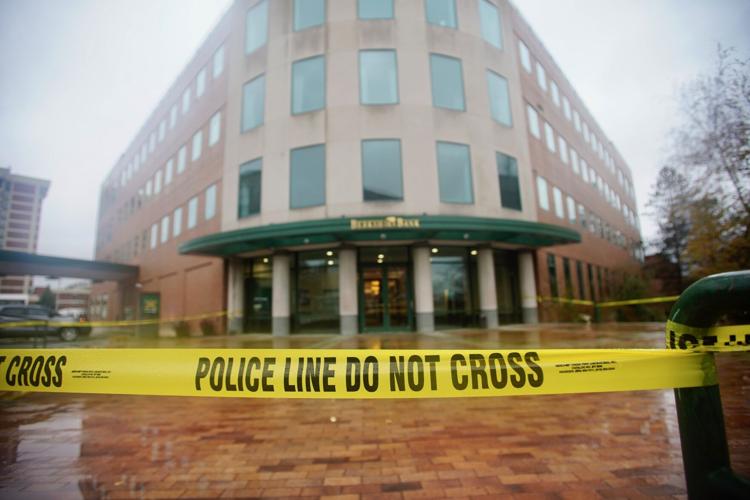 The Berkshire Bank branch at 66 West St. in Pittsfield was the scene of an unarmed robbery Wednesday. 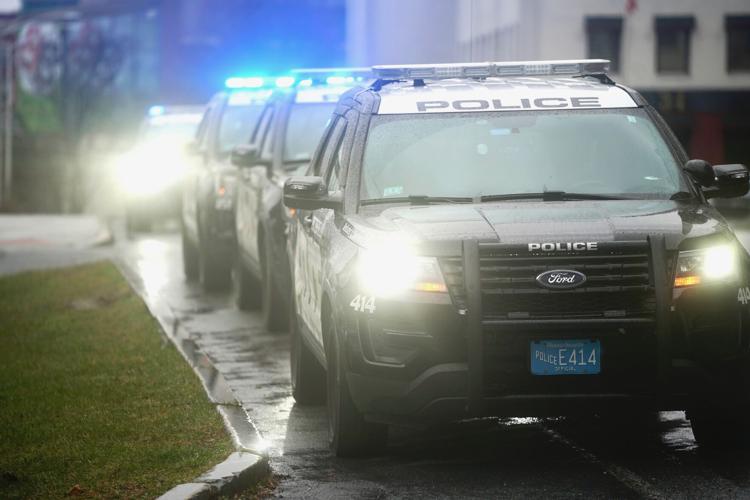 Police officers search the area behind the McKay Street Parking Garage with the help of a K-9 dog Wednesday.

The Berkshire Bank branch at 66 West St. in Pittsfield was the scene of an unarmed robbery Wednesday.

PITTSFIELD — Police have arrested a suspect in Wednesday's unarmed robbery at the Berkshire Bank branch on West Street.

Louis Hoffman, 32, was taken into custody and charged with crimes related to the incident, according to a Pittsfield Police Department post on its Facebook page. He is expected to be arraigned Thursday in Central Berkshire District Court.

No further details were released on the circumstances of the arrest.

Authorities responded to a report of an unarmed robbery at Berkshire Bank on West Street shortly after 9 a.m. Wednesday, closing the building to the public while they searched for a suspect.

Pittsfield Police Department Capt. Thomas Dawley said the suspect passed a note to the bank tellers instructing them to give him money.

No injuries were reported and the suspect is believed to be unarmed.

Officers reviewed surveillance footage of the incident and conducted a K-9 search of the McKay Street Garage, after finding an article of clothing they believe belonged to the suspect.

Police said the suspect fled north from the bank toward the parking lot on McKay Street. It was unclear whether a vehicle was involved, Dawley said.

A subsequent news release from the department noted that no cash was taken. Police at the time described the suspect as a white male in a brown hat, black jacket, jeans, a mask and sunglasses.