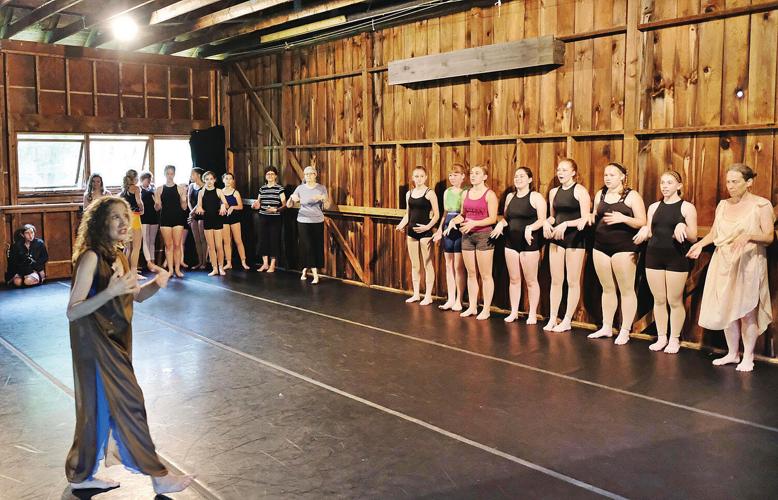 Catherine Gallant teaches a community dance class at Jacob's Pillow. The Pillow has been holding more community events as it plans to become a year round venue by 2022. 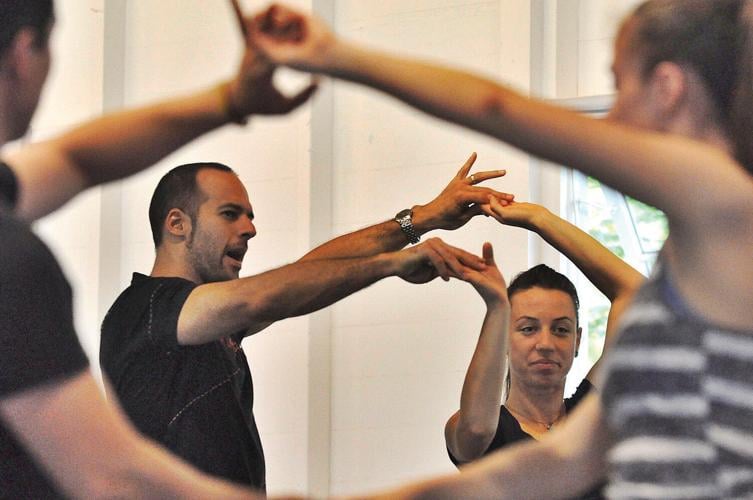 Jomar Mesquita teaches a Samba class for gifted students at Jacob's Pillow, in this file photo. Jacob's Pillow is one of several regional cultural venues that is exploring ways to make the creative arts more accessible to full-time Berkshire residents.

Catherine Gallant teaches a community dance class at Jacob's Pillow. The Pillow has been holding more community events as it plans to become a year round venue by 2022.

Jomar Mesquita teaches a Samba class for gifted students at Jacob's Pillow, in this file photo. Jacob's Pillow is one of several regional cultural venues that is exploring ways to make the creative arts more accessible to full-time Berkshire residents.

PITTSFIELD — Jacob's Pillow Dance Festival has a dining partnership with a AAA four-star, Zagat-rated restaurant. The Boys and Girls Club of the Berkshires has a snack bar at its skating rink where hot dogs and popcorn are two of the more popular culinary choices.

Different venues. Separate worlds. But these two unlikely partners recently collaborated on an event because of the arts.

In mid-February, Jacob's Pillow sponsored an audition by a Montreal-based contemporary ice skating company at the club's unique third floor ice skating rink, where creativity is usually measured by how skillfully a hockey player can take an opponent into the boards.

This performance by Le Patin Libre, a group whose performances have been described as "contemporary dance on ice" at Pittsfield's only indoor skating rink is part of a process that Tatge said the state's cultural venues have undertaken to make the arts more accessible to all.

It's also the underlying theme behind the launch of Creative Commonwealth, a program that is designed to boost the educational, social and economic power of the arts across Massachusetts. The Berkshire Taconic Community Foundation of Sheffield is one of five similar organizations across the state that was chosen to participate in this two-year pilot program that is funded by the Boston-based Barr Foundation.

Barr, a private foundation that works with nonprofits, foundations, the public sector and civic and business leaders to elevate the arts, has supplied $2.5 million in funding for the program, which is designed to deepen and grow support for artists and cultural organizations, and promote the leadership role that community foundations can play in advancing the arts. It's also based on the belief that investments in arts and creativity can build thriving communities.

That funding includes a $500,000 allocation to Berkshire Taconic, which is intended to leverage the strength of the region's arts sector to increase community engagement over the next two years. None of the four other community foundations is located in the Berkshires, although one is based in Springfield.

"It's based on the assessment that access to the arts is uneven in Massachusetts," said Berkshire Taconic's President Peter Taylor, referring to Creative Commonwealth. He cited the locations of arts venues, access to transportation, and uneven funding levels as the reasons for those discrepancies. "So Barr is working with the five community foundations to do that.

"We've done a lot of work to understand the issues and trends across the region and we've used that to zero in on our priorities," Taylor said. "One of those priorities is to increase community engagement which is what we are doing through this initiative. We're partnering with Barr to strengthen the community's foundation through the arts with a focus on permanent residents.

"We have world class resources," Taylor said, referring to the Berkshire's cultural venues. "How can we make that experience more broad and contribute to their well being?"

Taylor said Berkshire Taconic plans to use the funding it received to learn more about how full-time county residents are drawn to arts and culture activities, and the barriers that they face in doing so. The foundation also plans to support innovative approaches to grant making by providing support so that organizations can develop more creative strategies.

"I think what we want to achieve are stronger arts ecosystems," said San San Wong, who directs the Barr Foundation's arts and creativity portfolio, and is a board member of Grantmakers in the Arts, a national leadership organization that supports the growth of arts and culture.

The Barr Foundation chose Berkshire Taconic to participate in the program because the foundation, "is very interested in the leadership a community foundation could play in working across several sectors," Wong said.

Cultural venues like Jacob's Pillow will benefit from this research because Berkshire Taconic will serve as a "clearinghouse" for information that they can draw on to better engage the community, Tatge said.

"We are all doing our work and don't have the opportunity to (research) these practices," she said. "Berkshire Taconic is doing it for us."

The decision to bring the contemporary ice skating company to the Boys and Girls' Club in Pittsfield was part of Vision 22, a strategic plan Jacob's Pillow is using to become a year-round cultural venue by 2022. Community engagement is part of that effort.

"We're doing that in all sorts of ways," Tatge said. "We're inviting local residents to barn dances and swing dances and having a contra dance night.

"We have these resources and have the ability to leverage them for the community," she said.

The Massachusetts College of Liberal Arts in North Adams recently received a $75,000 Art Works grant from the National Endowment of the Arts to create an arts education "blueprint" for Berkshire County. The document will serves as a guide to development and implementation of methods designed to increase the access to arts education both in and out of school for the county's youths. The project's director, Lisa Donovan, a professor of fine and performing arts at MCLA, said this program's focus is similar to the work that Berkshire Taconic is doing.

"We're going in the same direction so we're uniting forces, basically," Donovan said. "I think what we're going to do is ensure that every child in Berkshire County has access to our rich arts and cultural resources. We have unparalleled resources, and this is an opportunity to align the work to a regional focus."

Contact Business Editor Tony Dobrowolski at tdobrowolski@berkshireeagle.com or at 413 496-6224.