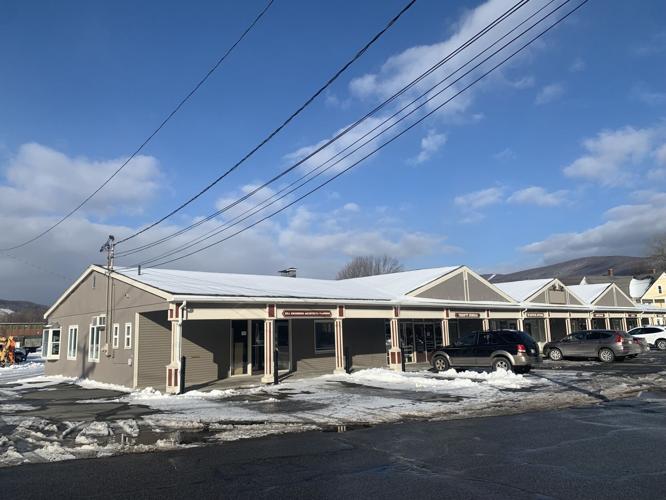 Eric Cromwell, of Longmeadow, and Sacha Wing, of Wilbraham, co-own Wing Well LLC, which is looking to open a cannabis shop and indoor growing facility at 44 Spring St. They plan to build a sun-assisted indoor cultivation operation at the site but will not disrupt existing businesses, they told the Adams Select Board on Wednesday. 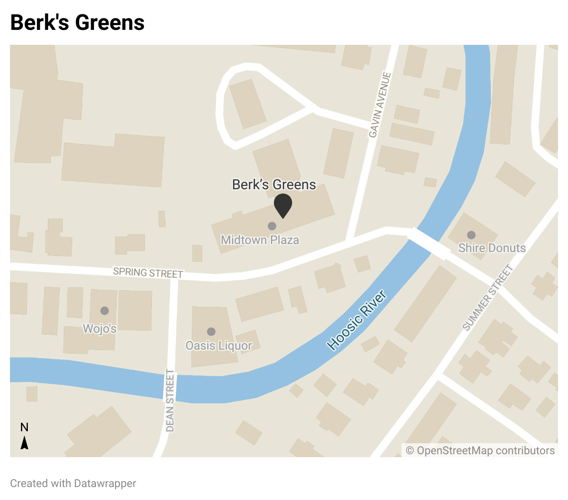 ADAMS — A proposal for a cannabis business would be a “good shot in the arm” for the Spring Street area.

That was the assessment from Town Administrator Jay Green on Wednesday following a presentation about the proposal before the Select Board.

Eric Cromwell, of Longmeadow, and Sacha Wing, of Wilbraham, introduced their plans to establish a retail, cultivation and manufacturing operation at 44 Spring St. The business, to be called Berk’s Greens, would include a “sun-assisted indoor grow” operation with around 40,000 square feet of canopy, they said.

Noting the town often receives outreach about starting cannabis businesses, Green said he was encouraged that Cromwell and Wing are from the nearby Pioneer Valley, and that they already have been through the state licensing process for a cultivation and manufacturing business in Palmer.

“We had a great meeting with them,” Green said. “They’re working with a local contractor, a local property owner, so the future is bright.”

Wing Well LLC, which Cromwell and Wing co-own, is rehabilitating a vacant former Thorndike Mills property in Palmer and hope to begin operations there by the end of the year, they said.

Cromwell said his family business background is in managing KFC and Burger King restaurants, and Wing has spent 18 years in building design and construction.

Adams indoor marijuana cultivator wants to expand to growing outdoors, behind his warehouse

They said the 44 Spring St. landlord is open to development, and they want to make sure that existing businesses are not displaced, Cromwell said.

The indoor cultivation space would be blocked off by tall vertical walls so that it is not visible from the street, and police will have 24/7 access to cameras for security, Cromwell said. A domed glass ceiling would allow light to enter for the plants, and the pair plan to explore possibilities for using solar panels as well.

Cromwell noted that odor is a common concern with cannabis businesses, although he said that they do not plan to open the facility to the outside air. If need be, he said he expects an “ambient air ozone generator” to be able to take care of any odors.

“We are very confident that we can manage that odor issue for the town because, again, we’re neighbors,” he said. “We have no interest in interrupting people’s lives for profit — that’s not our agenda.”

Wing estimated that Berk’s Greens would employ around 40 people, although many retail employees would be part-time. As the cannabis market gets more crowded, Cromwell said he wants the business to be “a little bit of a destination” rather than just another shop.

The pair said they hope to get up and running within 12 to 14 months. The Massachusetts Cannabis Control Commission requires them to participate in a community outreach meeting, and they must apply for retail, cultivation and manufacturing licenses. On the town side, they need to go before the Planning Board to receive approval.

“Really the next step for them is to decide when they’re ready to do their public outreach and all the requirements driven by CCC,” Green said. “As we’ve said frequently, with the proposed operators that come into town, it really isn’t the Adams regulations that are burdensome; It is CCC.”

There are no cannabis retailers in Adams, but several businesses have opened in other Berkshire County communities. While those businesses have generated millions in tax revenue for municipal governments, some residents in those communities have opposed and voted to ban new cannabis businesses.

A proposed growing facility at 173 Howland Ave. in Adams is moving ahead, as is a retail operation at 127 Columbia St., which was formerly the Woodstock South shop.

Applicants withdrew from a proposal to start a retail and cultivation operation at 6 Renfrew St. following a neighbor’s objection.